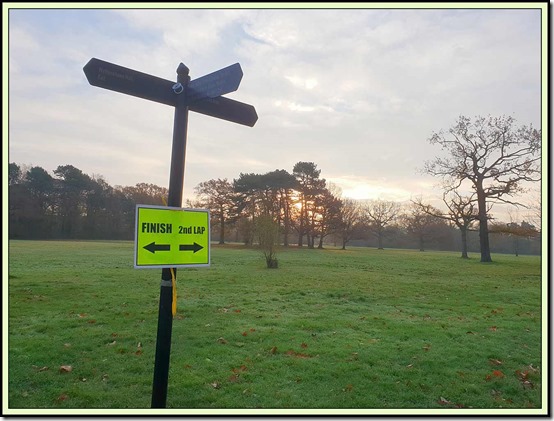 Just 231 of us gathered on a coolish morning in the park.

Her are some of the participants limbering up before the start. 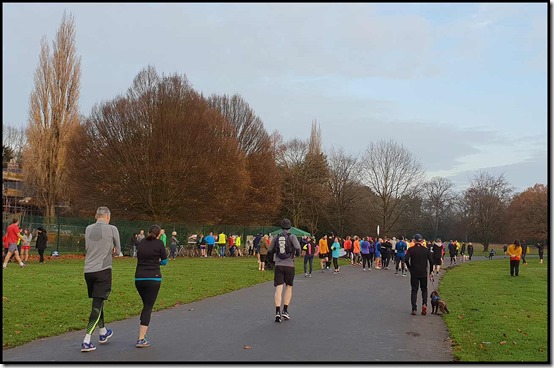 Wythenshawe Hall is slowly emerging from its protective scaffolding. It seems a long time since we use to congregate right next to the building. 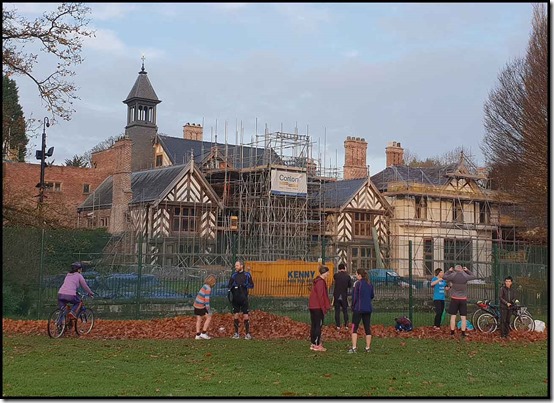 Today’s run director was Charley, who managed a dance on the pedestal whilst announcing '”No first timers” and “No tourists” without pausing for breath before moving on to the starting process. Charley and the other marshals did a fine job today as there was a bit of a mix up that caused problems with the results. 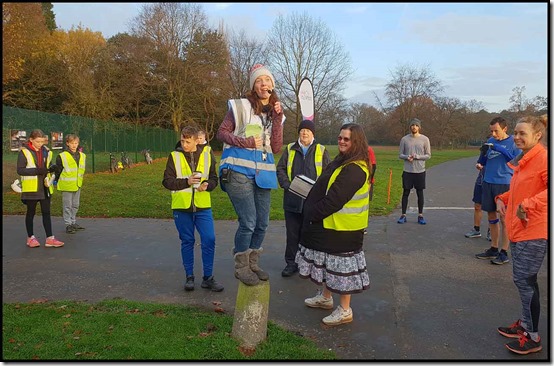 So was PB’s PB (21.17) accurately recorded, or was it just a fluke of the faulty timings? There don’t seem to be many people around him, so did he really come in so far ahead, or has he miscounted the laps? 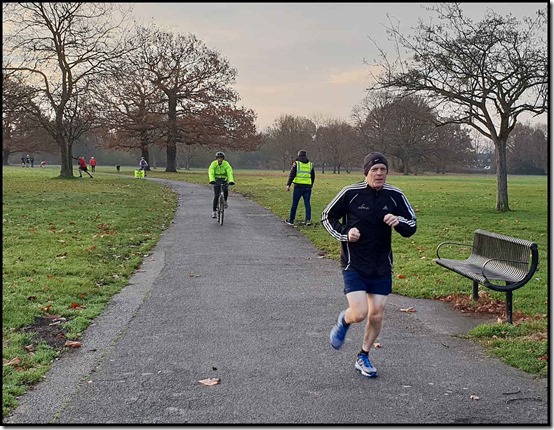 And surely the parkrun is supposed to be undertaken on foot, not on a bike! Not surprising that she came home only narrowly behind PB, who of course can run much faster than the average cyclist. 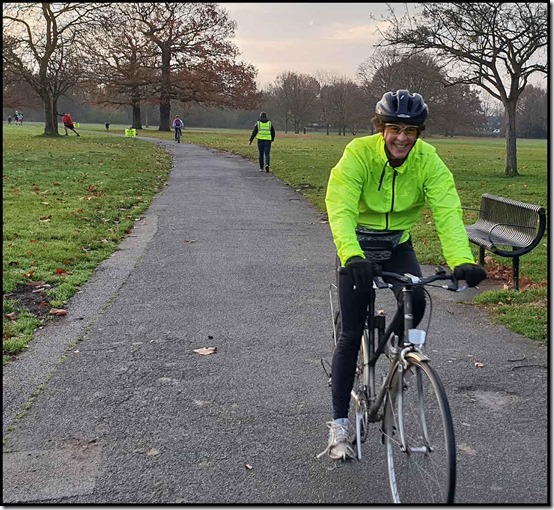 For anyone confused by all this, don’t worry, it’s just a bit of fun. The full results are here.

There's obviously more to these park runs than the outsider perceives?

Yes Conrad, they must be even more devilishly confusing to the outsider than they are to the participants. In this run PB was only 15th to finish, despite his PB, but he was first home in the 'age related' results. He puts his success down to fence climbing training on the previous day...

And if you believe all this guff you'll believe anything!