The last of my current series of Friday morning walks was due to start from Irlam Station, but Paul and I couldn't find any satisfactory parking there, and with nobody else expected on the walk we took the risk of driving round to the small car park at New Moss Wood (SJ 703 933).
The mizzle eased as we strolled up the lane by Cadishead Moss, along the route of the Salford Trail. 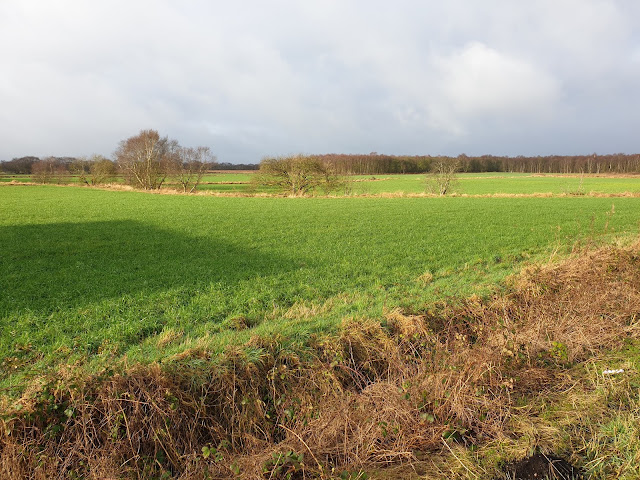 After crossing the M62, the path went past Ringing Pits Farm, then through woodland teeming with birds. 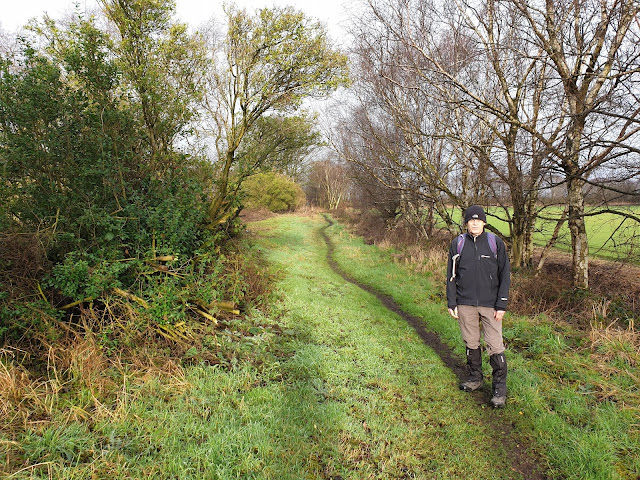 The peat beds of Great Woolden Moss and Little Woolden Moss were soon reached. The path around the mosses remains in good condition, but the willow arch seen in 2017 has been destroyed.
This frog dates from when the path was built a few years ago. 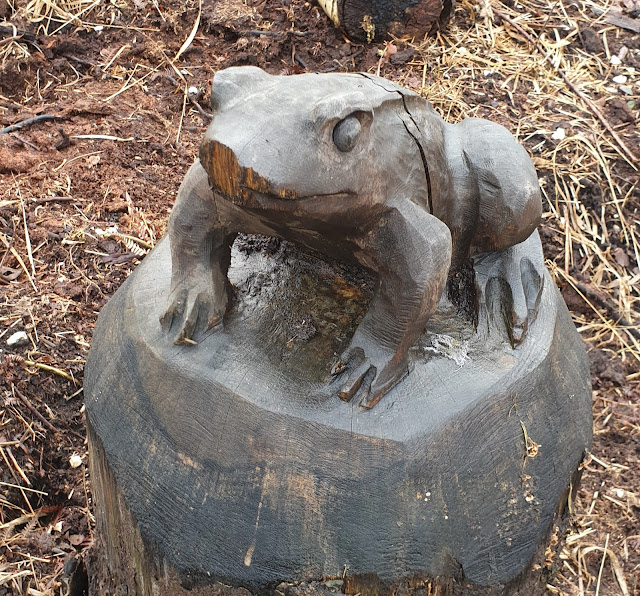 The mosses are being preserved, and form a nature reserve that's really close to the industrial sites of Greater Manchester. Lots of bird watching opportunities here. 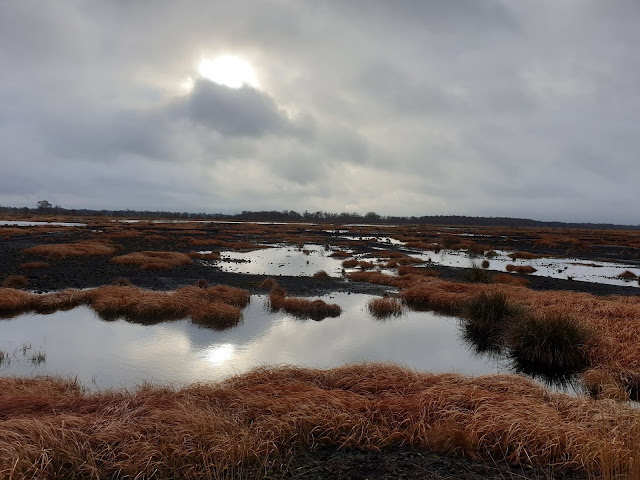 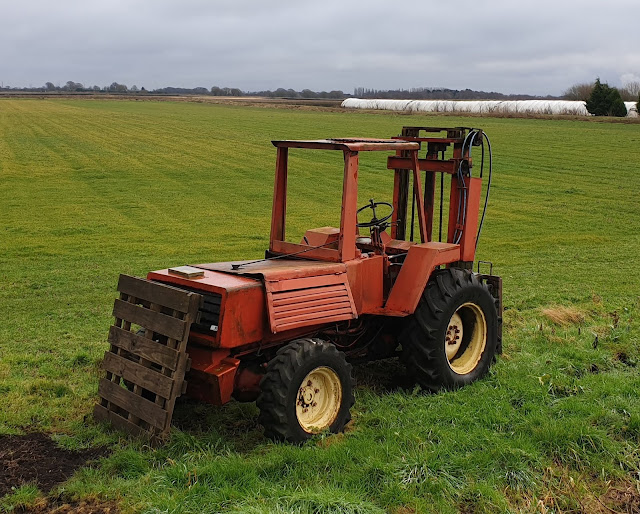 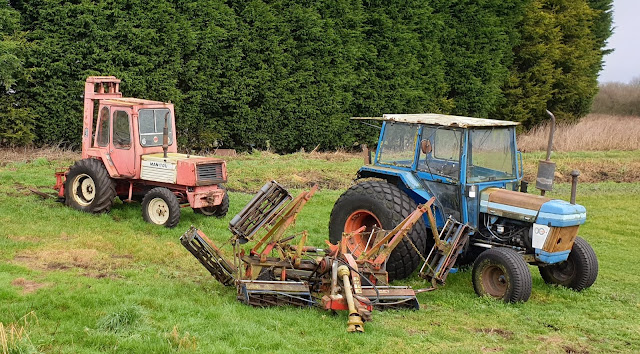 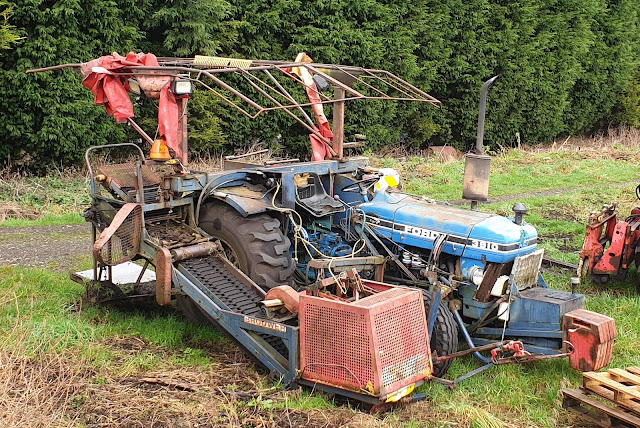 Before reaching Glazebury, and the site of the first 'inter city' railway in 1830, we turned, still on the Salford Trail, to follow Glaze Brook in a southerly direction, enjoying a tea and cake break before passing Little Woolden Hall and reaching the Keeper's Cottage, in front of which is a carpet of budding snowdrops. This entire stretch is full of birds - we saw redwings, tits, a great spotted woodpecker, blackcap, and many more. 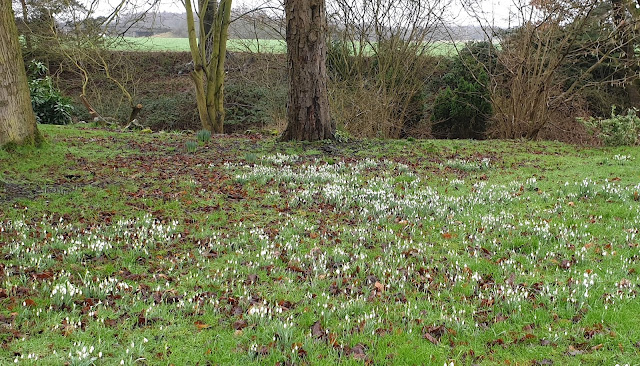 These places, through which the M62 motorway now carves, are full of history, with Great Woolden Hall soon being passed beyond the motorway. 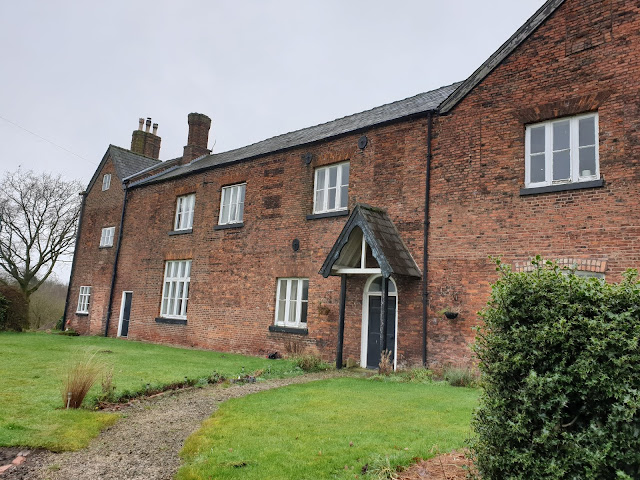 We followed the Glazebrook Trail/Salford Trail routes, leaving them just after going under a railway. We then took a mildly incorrect turn down a pleasant stretch of dismantled railway as far as Liverpool Road, to which we descended through a hole in the fence.
Irlam station beckoned. In my haste to grab coffees and scones I forgot to take a photo, so here's one from 2017. The renovated station is a fine licensed café, with good food being served. 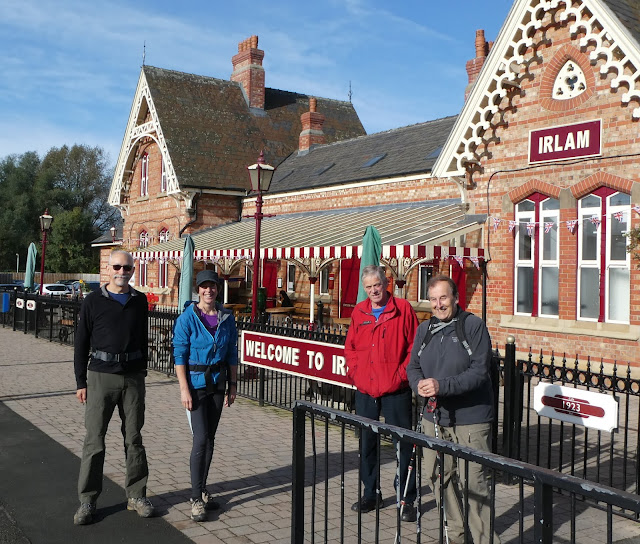 Outside, this old engine has been lovingly restored. The whole place is a museum piece. Worth a visit if you haven't been there. 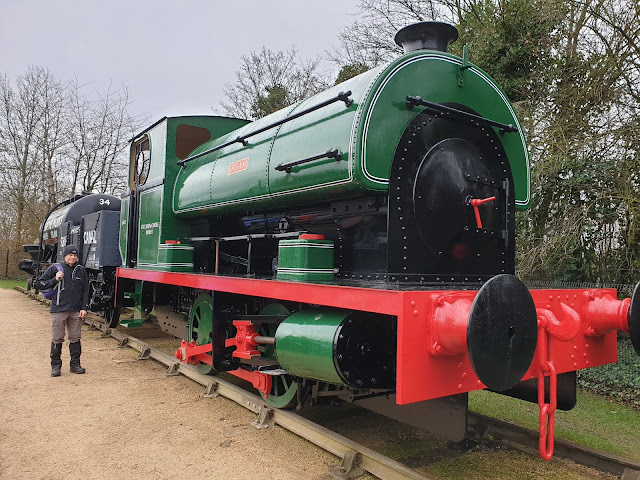 Nearby, not everywhere is as prosperous. 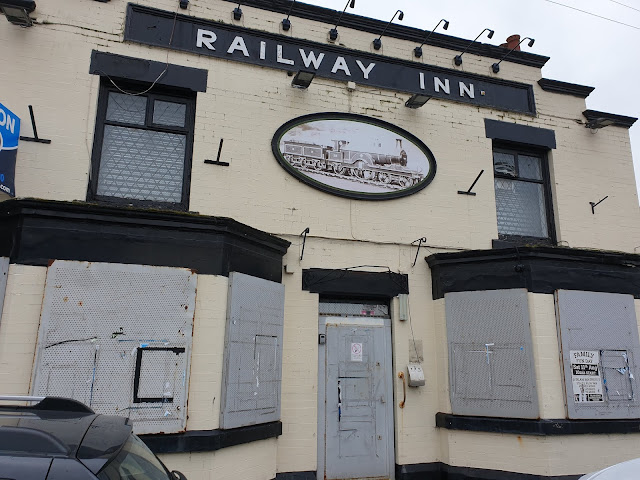 An easy 2 km walk back to the car completed this 15 km circuit that took us three hours plus stops.
Here's the route: 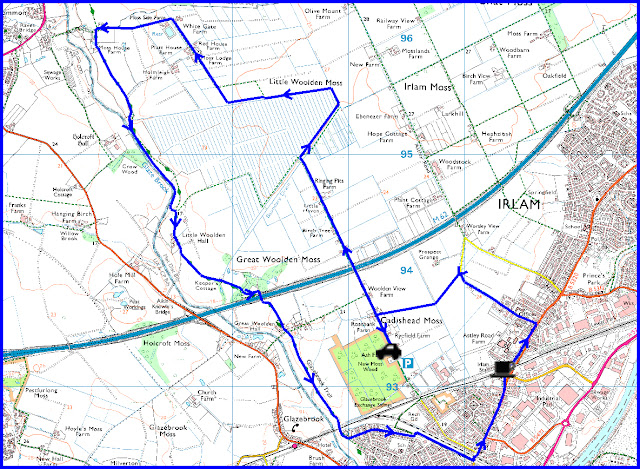 Thanks for your company, Paul - I hope you enjoyed this 'new' location that is really close to home.
I've been here before, and indeed have reported in much greater detail that doesn't warrant being repeated today. Those reports can be found here:
Report from 20 September 2011.
Report from 6 October 2017