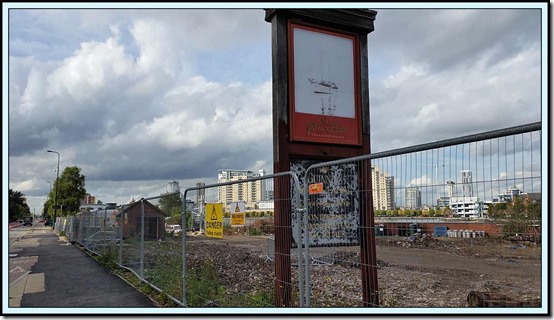 For a bit of exercise, I quite often cycle along the Bridgewater Canal as far as the Throstle Nest bridge on the Rochdale Canal link, where I join the path beside the Ship Canal, crossing that via the Media City Footbridge and heading along cycle lanes through Eccles to Barton Swing Bridge, from where the main branch of the Bridgewater Canal gets me home after 26-27 km, in a bit less than an hour and a half.

The route is often affected by various works being undertaken by Peel Holdings, who seem to own most of this part of the world. Currently it’s clear as far as the Throstle Nest Bridge, where the canal can be crossed if you want to continue to the Castlefield Basin and on to the City Centre. My route doesn’t cross the canal, instead heading alongside the Manchester Ship Canal for a while. Currently that path is under reconstruction, so lately I’ve had to use a short stretch of pavement to get me to Sam Platt’s Pub, beyond which the waterside path could be rejoined.

However, Sam Platt’s has suddenly disappeared. Here’s what it looked like until recently. 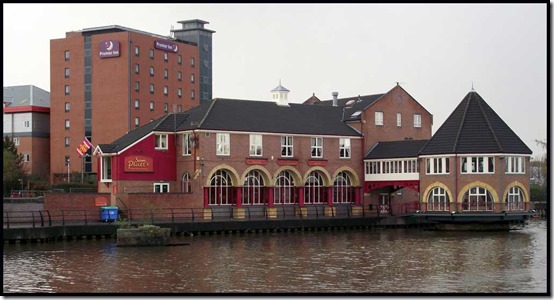 Then it closed, and this happened. 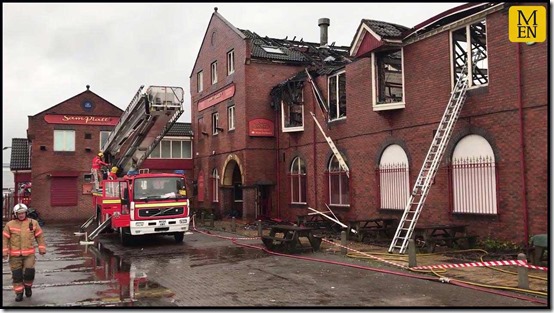 It has now degenerated to a pile of bricks. The sign that’s still in the top picture is just to the left of the picture immediately above this text. I’m sure Peel Holdings have some elaborate plans and the area of desolation will evolve into something meaningful, if not another pub.

Having eventually regained the canalside after passing by the long stretch of rubble, I found the Media City footbridge closed due to some sort of technical problem – twisting arches or something. A partly waterborne team was trying to mend it, so hopefully it won’t be closed for long. 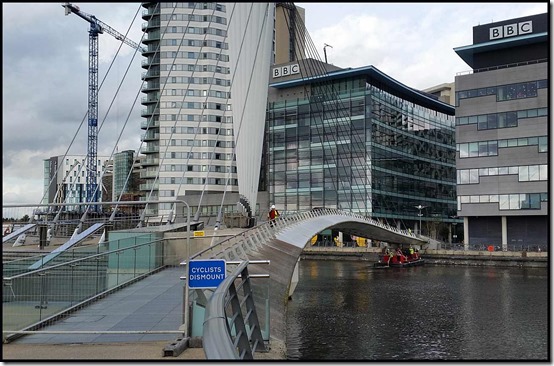 Luckily there’s another bridge nearby, so the only downside is a few hundred metres of road cycling rather than off-road. But never mind.

Having regained the Bridgewater Canal beyond the Barton swing bridge, I paused for a break about half way back, near the Watch House Cruising Club that can be seen in the distance. 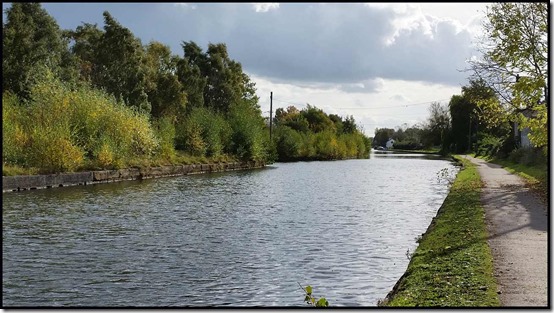 On this ride I noticed quite a few birds, including the resident mallards, Canada geese and black headed gulls. Mandy the sole mandarin duck is still living nearby, pretending to be a mallard, and just near our house the grey wagtails are so yellow that I must check that they really aren’t the rarer yellow version. There’s also a lone cormorant that, like the local herons, has lost its shyness, and if you wait for long enough at the bridge over the River Mersey you should eventually see a kingfisher. There are lots of LBJs about as well, but I’ll leave them to another time (after I’ve been accompanied by someone who knows more about birds than I do…).

Here’s my route. It’s useful at this time of year as it’s off road apart from 2 km in Eccles, and it’s entirely free of mud. A flat 27 km, taking about 1.5 hours. 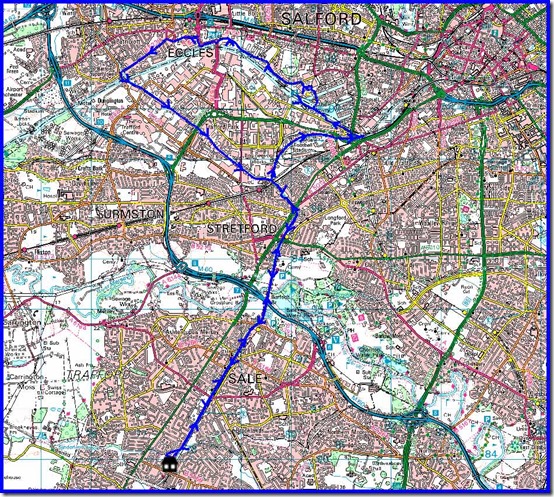