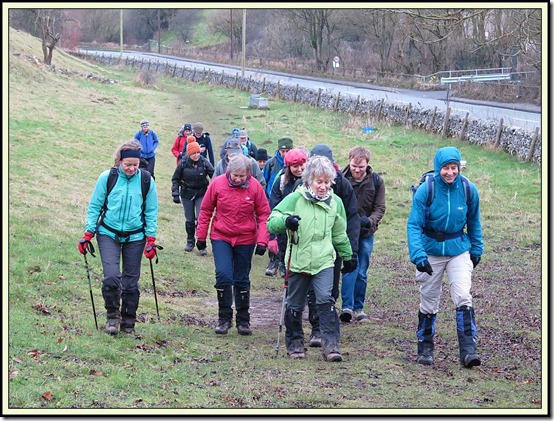 My Christmas walk and lunch has come and gone again. After using the Charles Cotton Hotel in Hartington for a few years I decided that after last year’s poor service, I’d relocate. Eddie and Jon (who were unable to attend but send best wishes to everyone) recommended The Crispin at Great Longstone.

So I booked it.

It’s a while since we started this walk from the picnic spot south of Tideswell, and whilst it’s highly suitable it’s a bit of a pain to have to spend £4.50 on parking after several years at a free lay-by on the A515. (Pictures stolen from Sheila.) 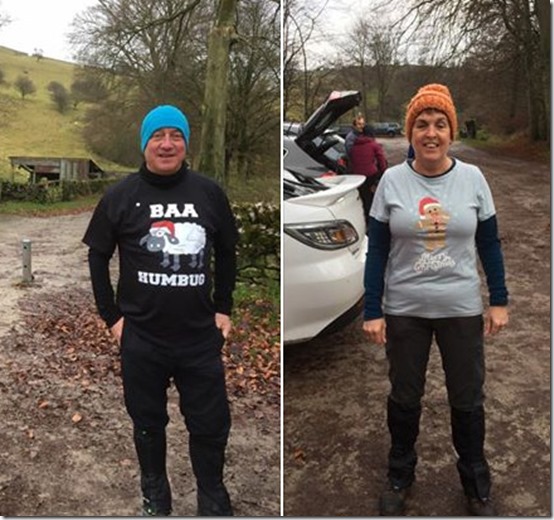 Never mind, all 23 expected people turned up just about on time, and we were soon strolling along the path towards Litton.

It was a grey day, and breezy, but quite warm for the time of year. Our route (shown below) led past Litton then down Tansley Dale for elevenses in Cressbrook Dale.

This picture is stolen from Sheila. I was busy doling out cake. 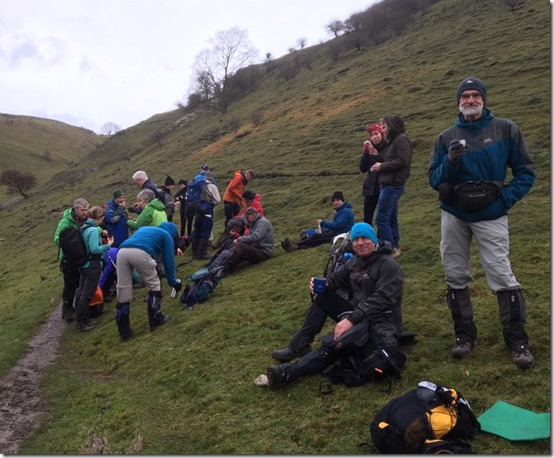 Then we ascended towards Wardlow. The following pictures were taken during that ascent. 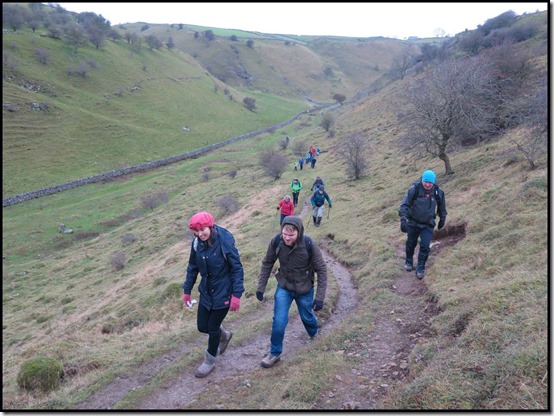 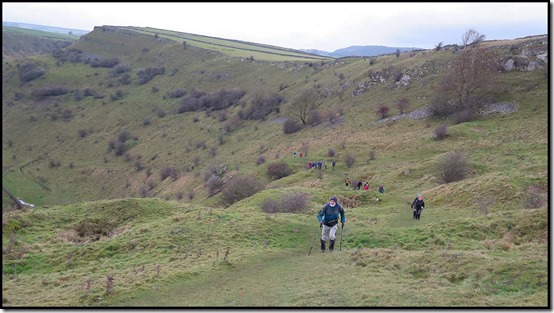 During the ascent, we met participants of a 12 km fell race, the Litton Christmas Cracker. The leader was well ahead but wasn’t very polite to a group of our walkers who happened to be on ‘his’ path. I was a little ahead of the group, but at Sue’s behest I later lodged a complaint about his behaviour. This has been dealt with by the organisers, who say he’s ‘normally a really lovely lad’. They will have a word with him, and have apologised profusely. If anyone on our walk is in the vicinity of Litton on 10 December 2017, we are invited for complimentary mulled wine and mince pies. (I think that will clash with the Tatton Yule Yomp, the Christmas walk being on 17 December next year.) 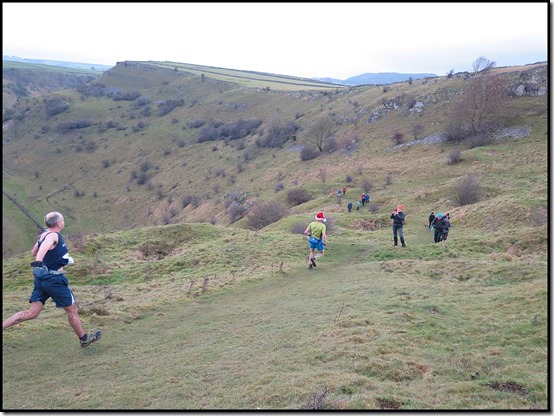 So distracted was I by the runners, and chatting, that I missed the turn to Wardlow. Many of our party followed me up towards the summit of Wardlow Hay Cop. This seemed to please Graham I, who went all the way. I was later told that apparently there’s a permissive footpath that I could have used to re-join my planned route. It’s not on my map. I’ll have to explore. Anyway, the walk benefited from a ‘meander’. 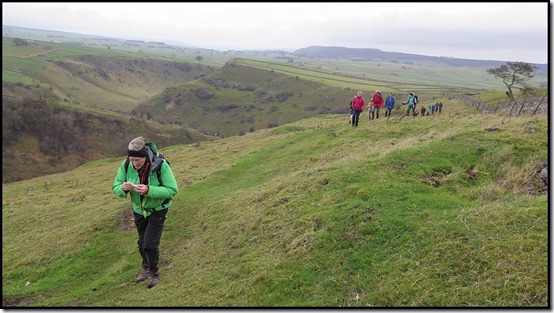 Anyway, there was a nice view back down to Tansley and Cressbrook Dales. 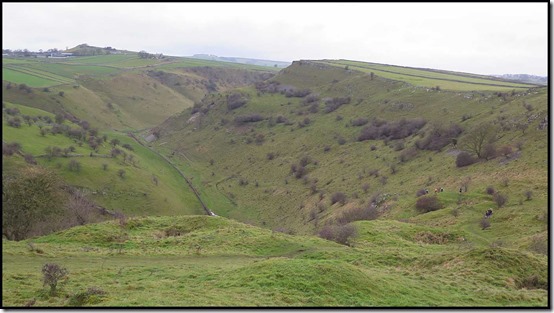 After Wardlow we endured a short section of road (perhaps the permissive path mentioned above would reduce this) before heading along a thin path pictured below towards Crossdale Head Mine. This joined an excellent bridleway for a joyous descent to Great Longstone. 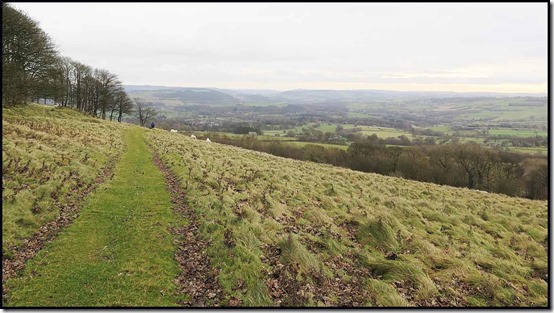 Eddie and Jon’s recommendation, The Crispin, proved to be an ideal venue for lunch. I’ve already booked it for 17 December next year. Good food, good service, and the usual picture quiz (it’s on the table on the first picture below).

It’s perhaps no surprise that Sue, Mike and Sarah managed to win the quiz, as Sue had taken some of the pictures or been with me when they were taken, and Mike should have been able to identify all the bands (though in his one-eyed state he failed to spot Eric Burden).

Alan and Sheila are always hard to beat, and with Roger and Graham to assist them they came in an easy second with 13½ points out of the 50 or so on offer.

Ok, I promise to make it easier next year. 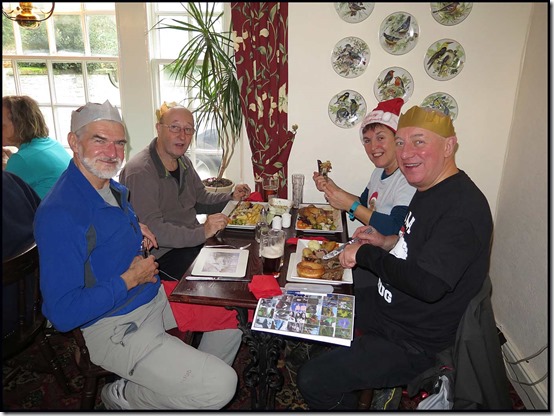 I’ll post a separate entry with the quiz, if anyone else would like to try it. Just a bit of fun, like the Center Parcs photo competition (see previous posting). 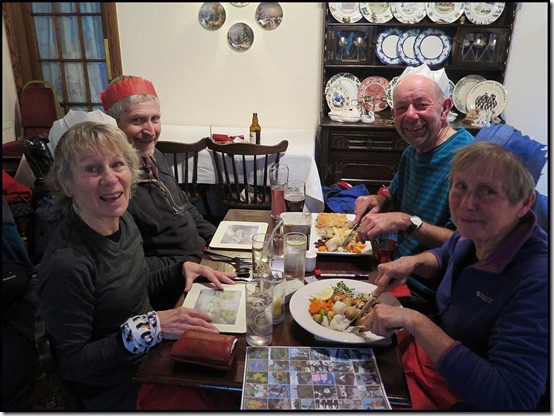 The more observant may notice a few ‘missing meals’. That’s because I snatched a moment to take the photos after the beef had arrived, and just as they were about to serve the turkey. And I didn’t get a picture of our table, apart from the bottom ‘ugly duckling’ image. Sorry Sue and Sarah. 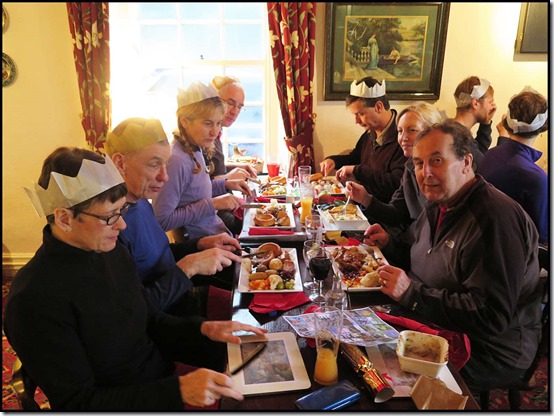 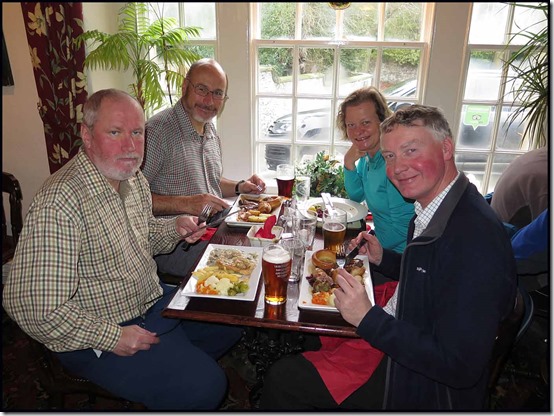 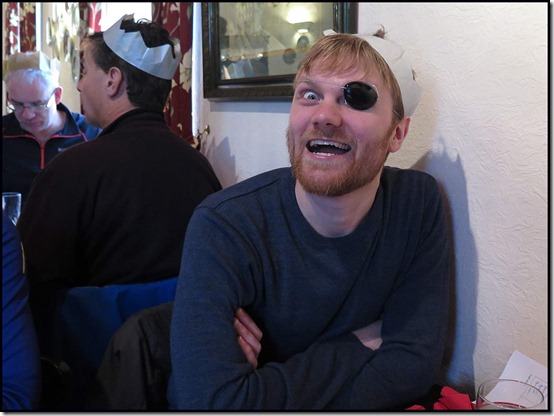 After well over two hours in the pub (we still could have done with longer), the light was already fading when we left. “Have you finished your walk?” asked Joanne (The Crispin’s manager). “Not quite, it’s a five mile walk back to our cars!” (Except for Andrew who was parked nearby as he had to return home early) 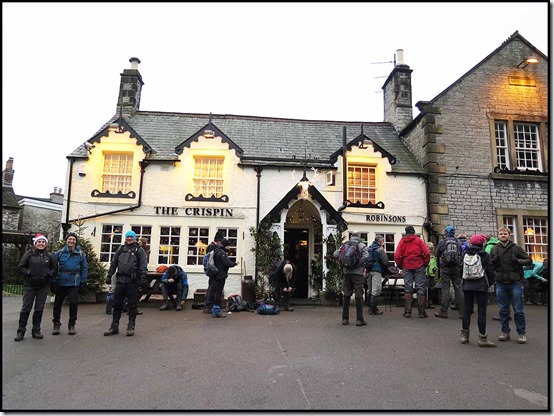 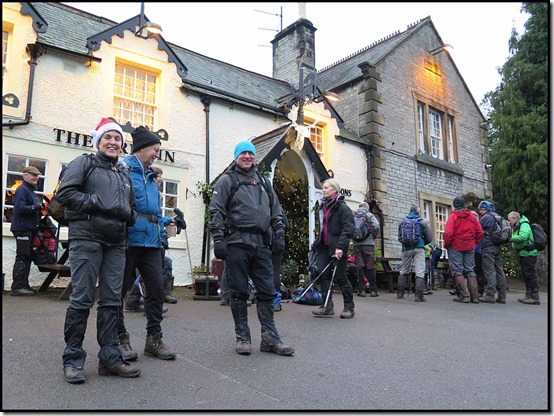 Sheila managed a few pictures after this, but I didn’t. So I’ve stolen a couple of hers. (And here’s a link to Alan’s excellent blog.) 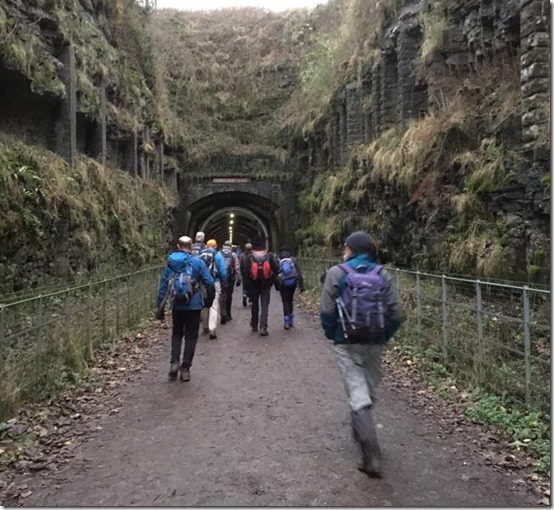 It was an easy walk along the Monsal Trail. The first tunnel was well lit, the second was unlit, and the lights in the third (which go off at dusk) went off when we were either just exiting or just entering, depending on how fast you were walking. 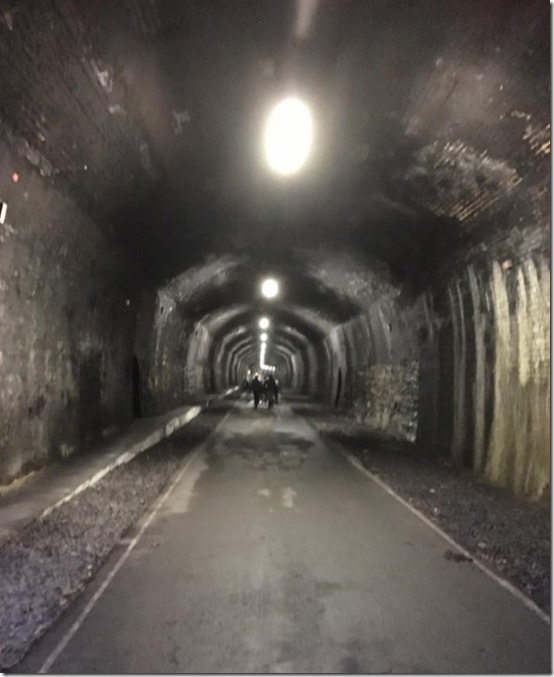 We regrouped at the point where our path left the railway in favour of Litton Mill and the good track back to the car park, reached shortly before 5 pm just as proper darkness was setting in. So torches weren’t needed, though a few people did seem to have them out.

Here’s the route, including my ‘meander’ before Wardlow – 16 km with about 500 metres ascent (Garmin gadget says 382 metres, whereas Anquet mapping using the same .gpx file says 647 metres!). It took us 6 hours, of which about half was ‘moving time’. 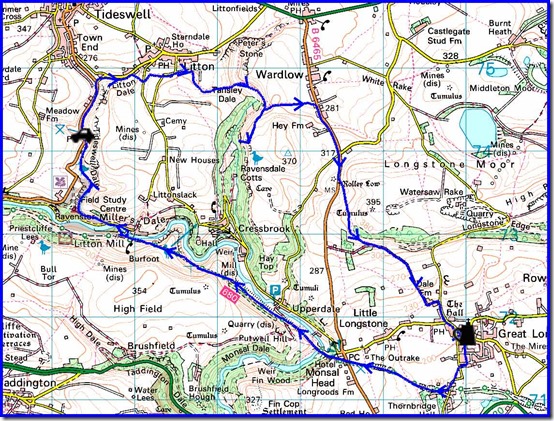 Thanks for coming, everyone. A really enjoyable day out, and good to catch up.

Hope to see you all soon, and certainly on Sunday 17 December 2017, when we’ll eat at The Crispin again, but will probably start somewhere else, perhaps Bakewell.

Readers may recall that following the cancellation of our ‘Hydro-Bikes’ activity at Center Parcs, a Photographic Competition was initiated by way of a replacement activity.

Five of us took part, and our entries were uploaded for judging by an old friend of mine who is fresh from taking 1000 images in 1000 days. They were very good.  I’m not sure how to access them as an album, but you could try here.

Alison judged the entries as follows:

Overall Winner – Sue, with ‘Looking Over the Silvery Water’ 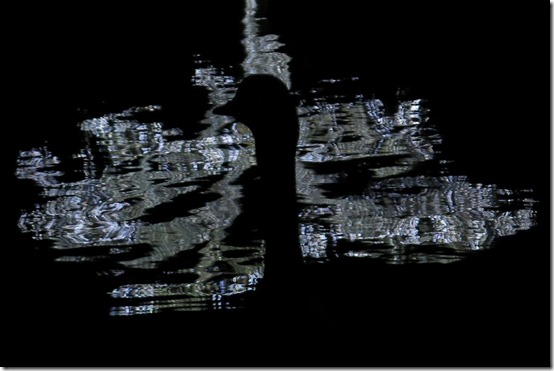 Runner up and Best Wildlife – Robert, with ‘Swan Lake (1) 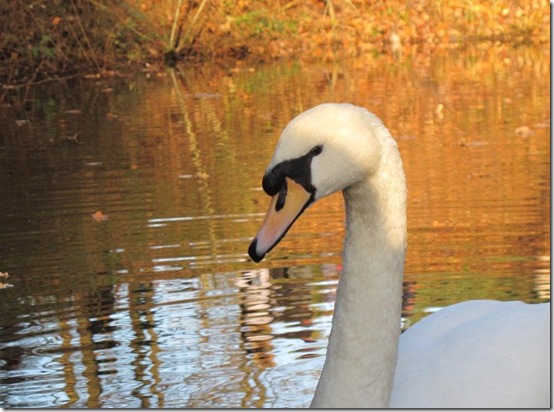 Highly Commended and Best Portrait – Robert, with ‘Band Played On’ 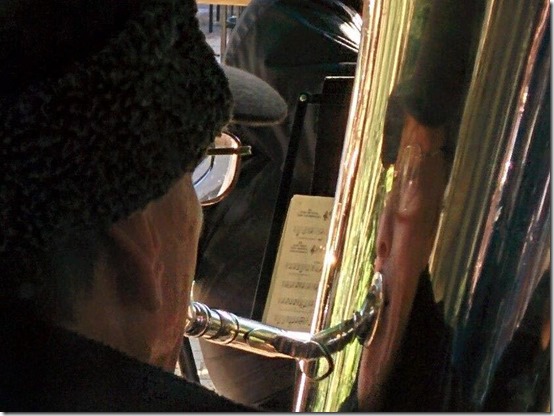 Highly Commended and Best Action – Stuart, with ‘Flying Over the Net’ 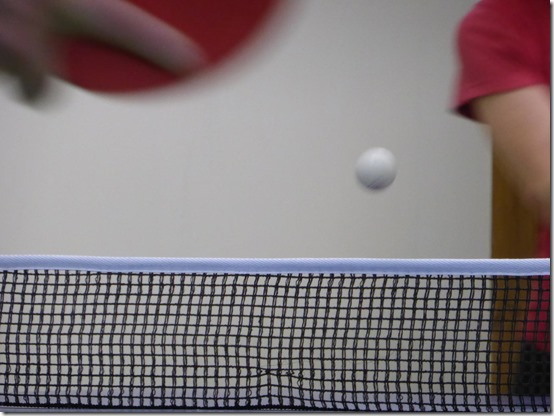 Commended – Martin, with ‘The Lonely Goose’ 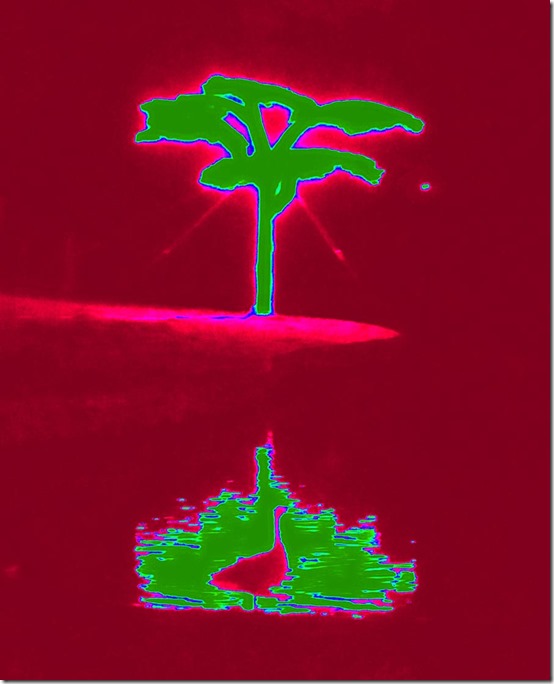 Commended – Sue, with ‘A Sparkle Tree’ 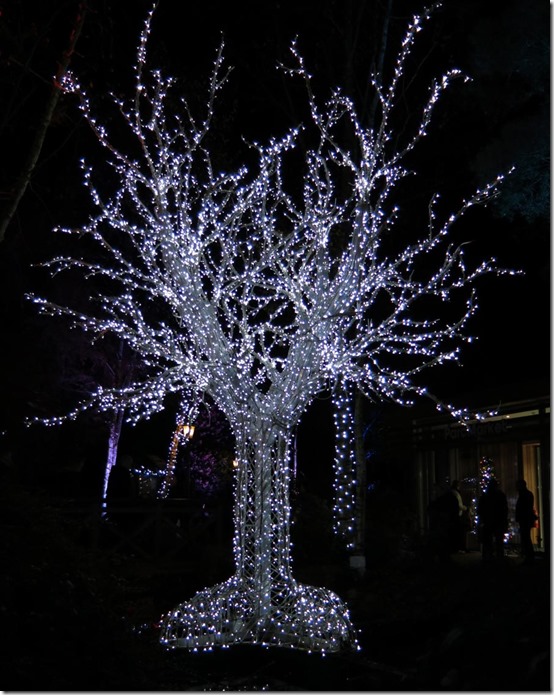 Commended – Stuart, with ‘Squirrel with a Nut’ 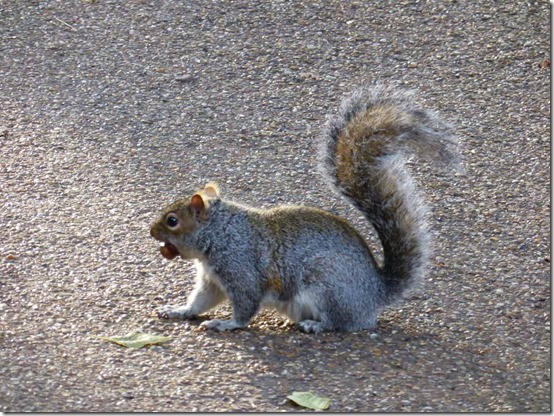 Well done, everyone except Lyn, who will no doubt be booking herself onto another photography course sometime soon! (Hard luck, Lyn.)

The Awards will be formally presented later this year at a special ceremony.

The full album, with an indication in the captions (if you can find them in horrible Google+) of who took each picture, is here.

Posted by Phreerunner at 09:20 No comments: