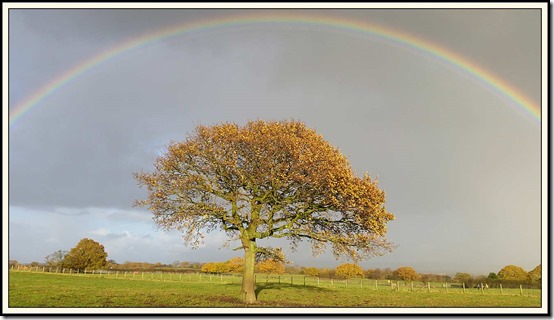 For this second stage of John P’s much vaunted ‘36 Degrees’ walk (see here for Stage 1), John and I were picked up by Nick in Adlington and driven to Westhoughton Station, where Bernard joined us. The locals here have a novel method of releasing cows whose heads get stuck in fences. 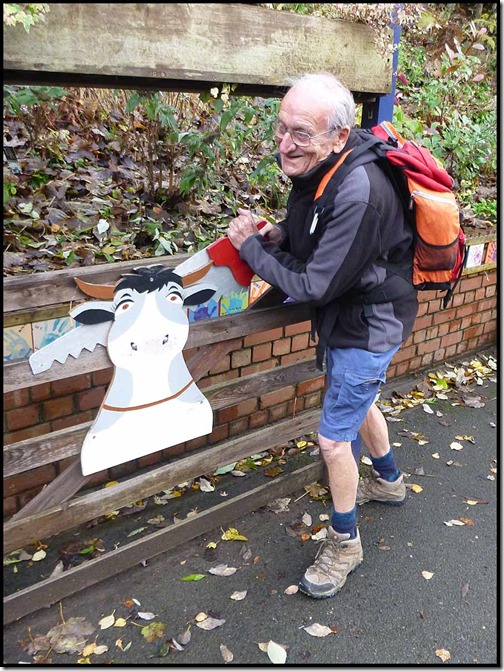 After a train ride, and welcome coffee in Burscough Bridge, we set off in light rain along the towpath of the Leeds & Liverpool Canal. 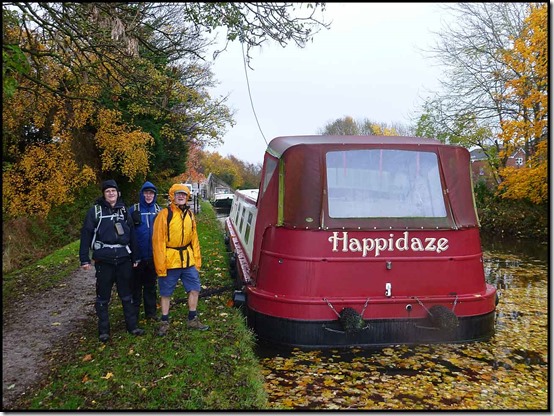 We soon turned north, up the Rufford Branch of the canal, the last of the autumn colours still illuminating an otherwise grey day. 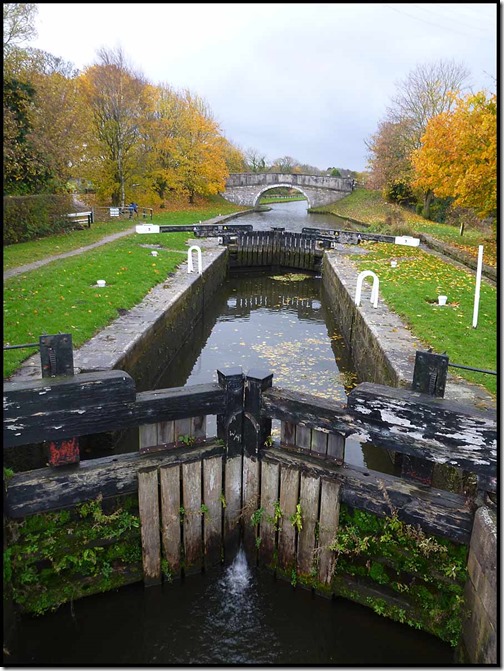 After leaving the canal at Prescot Bridge, we soon crossed Eller Brook at Wham Bridge and passed a deserted airfield.

The rain was intermittent, the paths were flat, and sometimes tarmacked.

We passed a house that has recently been acquired by one of John's friends for use as a barber's shop. We gave him a cup of coffee and some medicine before continuing merrily on our way. 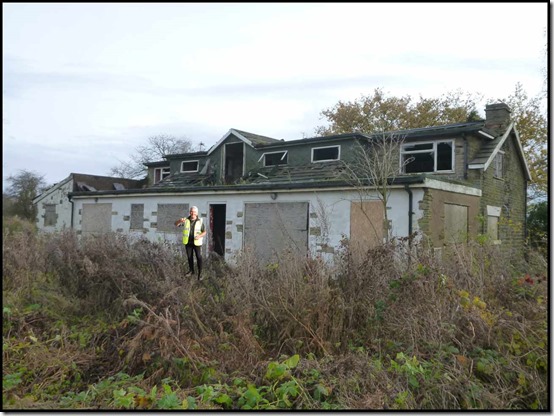 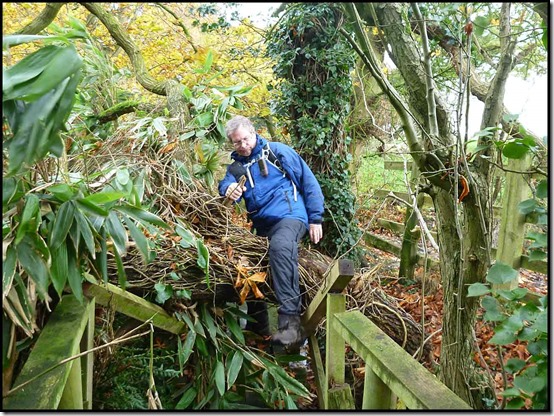 On the ascent of Harrock Hill we raced past a disused artefact of the Industrial Revolution. Our leader was anxious to press on. There were worries of a finish in the dark!

There was however time for a group photo. 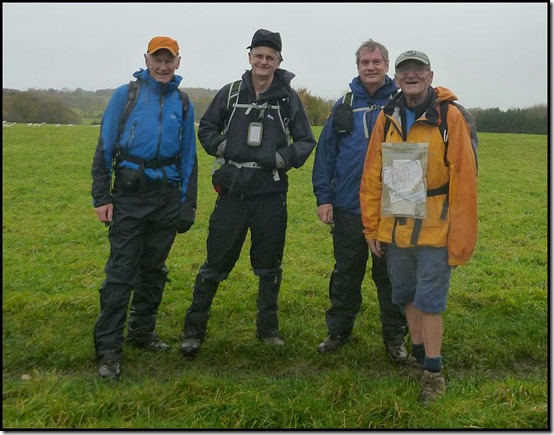 Here's the view in the other direction (north) from the same point near Hill House Fold. 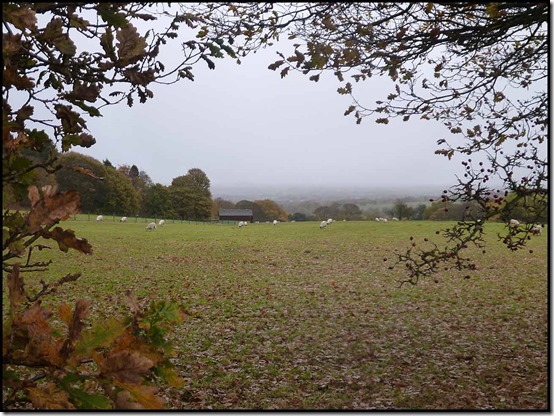 Winter Hill was now looming through the mist ahead of us, but one o’ clock had been and gone, as had the M6 motorway, beyond which we made progress to a point where the noise was reduced. A couple of pallets were spotted, making an excellent base for lunch, where we all sat next to each other, with four different views. 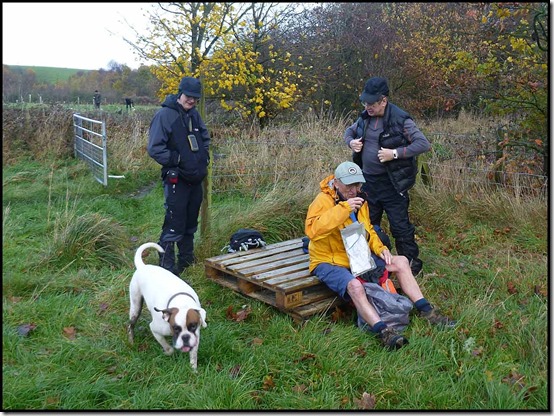 Nick’s new dog, Buster, was soon brought to heel, and we continued past a smart plaque near Chisnall Hall Jubilee Wood. 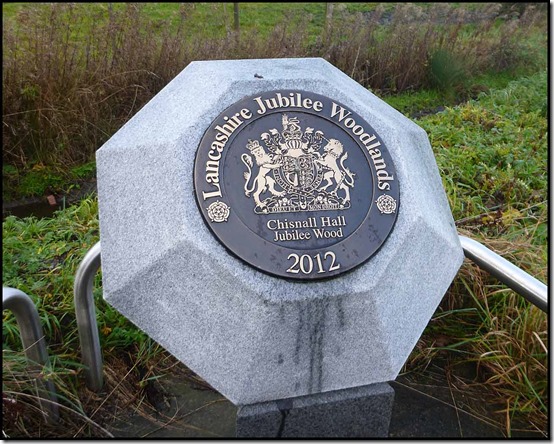 By the time we reached Bogburn Hall Farm, Nick had sold Buster to a passing hobo and our very own Hoarse Whisperer found a friend on whom to practice his not inconsiderable skills. 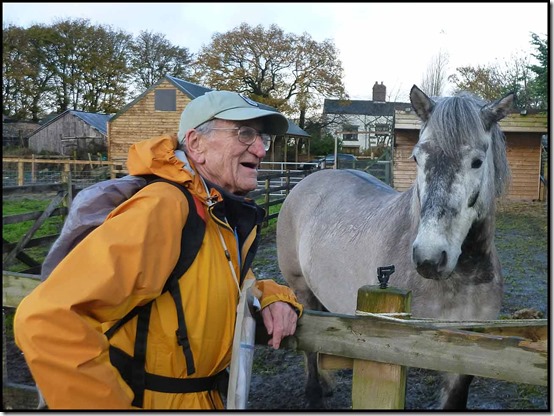 It was a day of showers, with occasional sunshine. John and Nick broke into a run after a pot of gold was spotted. Bernard was rooted to the spot. He could see two pots of gold and was unable to decide which one to aim for. 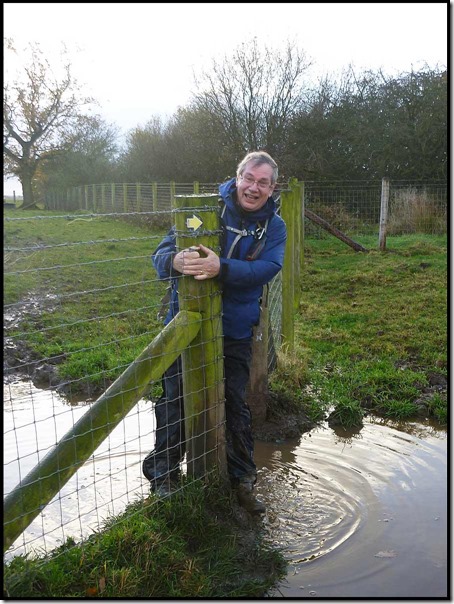 John proceeded to give a masterclass in finding his way to Holt Farm. 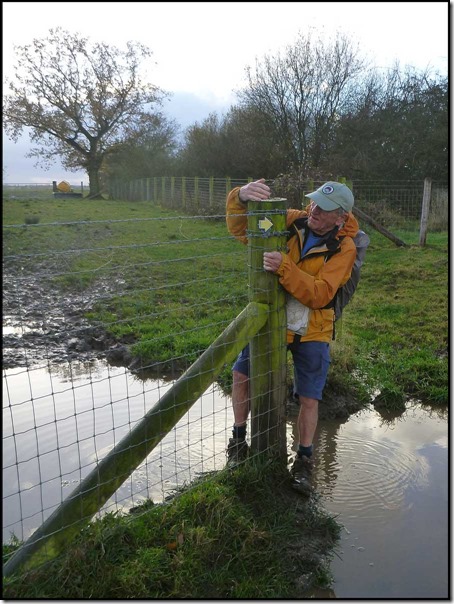 After this series of tricky manoeuvres, we all headed in increasing gloom down a diverted path to an al fresco tea stop in John's back garden. At this point the walk could be subtitled ‘0 Degrees’.

Soon we were on our way again in another sharp shower, before long finding our way back to where my car was parked in Adlington.

That was a nice walk. Very jolly.

Canal Days, and a Murder in Altrincham 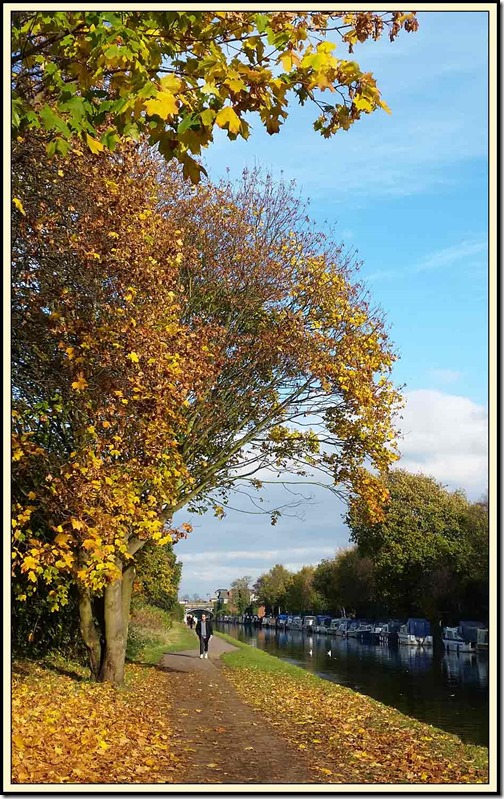 I’ve enjoyed some sunny spells on the Bridgewater Canal this week. 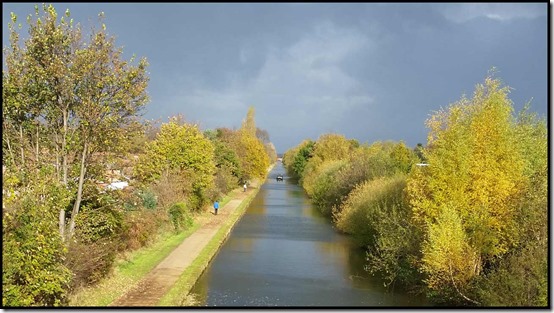 Friday evening saw Sue and me joined by Andrew for an evening walk along the towpath to the Swan with Two Nicks, and on through the golf course, under a bright moon, to Altrincham.

Costello’s bar provided refreshments, and then some excitement when George and Marvel, The mighty Saracen, entered rather dramatically. A violent swordfight led to the murder of Marvel, whose blood oozed all over the floor. 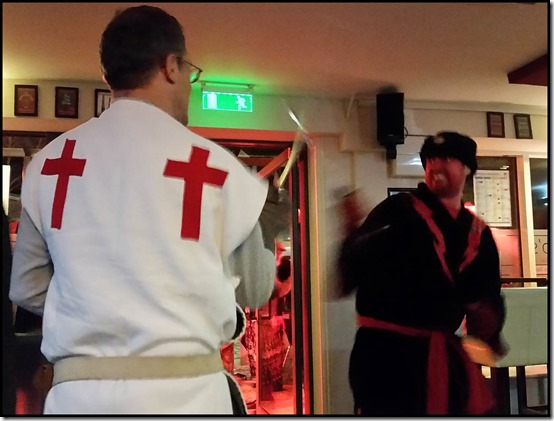 Enter ‘The Good Doctor’. This miracle worker managed to revive poor Marvel and restore the spilt blood to his medieval circulation. 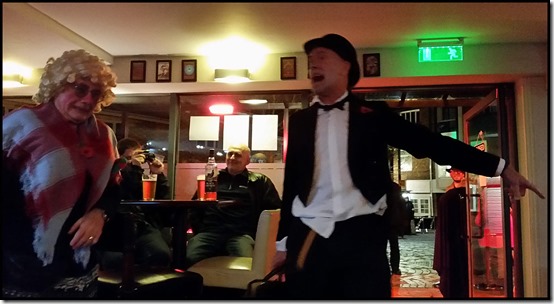 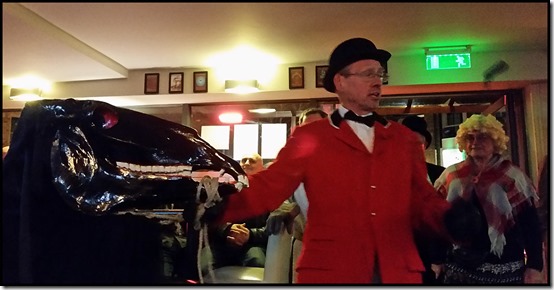 I’ve written about the Souling Play before, here, and the website that provides full information is here.

Next day we were up early to join a few stalwarts at Wythenshawe for their Saturday morning parkrun. I tried to brighten the rainy proceedings by donning my Toulouse Marathon t-shirt. We got a bit wet. Results here. 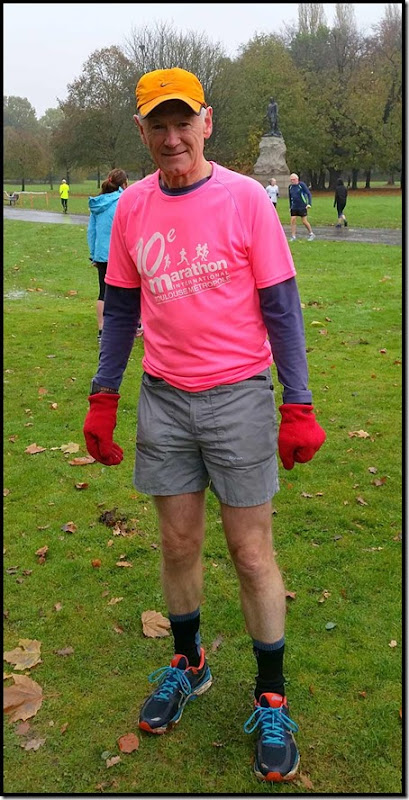