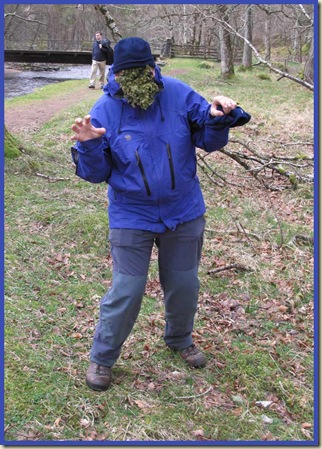 The best caption (comment) wins a prize, which will not be a small stove.

Have a great weekend... 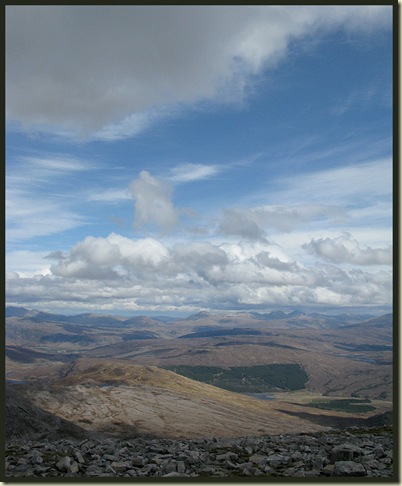 A scene from the summit ridge of Beinn Liath Mhor
on Good Friday, 2009.

This is just a short entry to let you know that some photos have been added to the Plockton postings, and they can be viewed by clicking here (or the 'Plockton09' label).  As usual, the postings appear in reverse order.

I have also done a short web page, with a few panoramic images that don't show well in the 'blog' format.  It's here.

Our rented cottage, Duilisg, was really excellent, so I'm concluding with a couple of images of the cottage, which has been lovingly refurbished by Shona and Fraser. 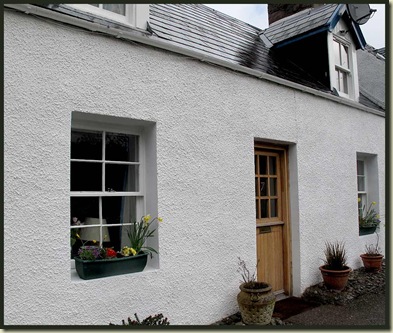 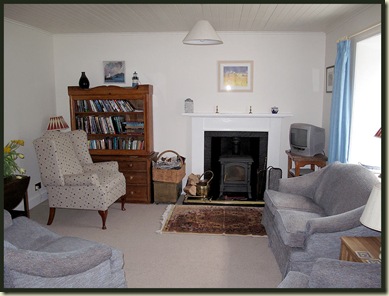 Posted by Phreerunner at 17:49 No comments:

It was too nice outside to stay in sorting holiday photos, so Sue and I toddled off to join the hordes at Dunham.

Our 6 km figure of eight stroll took us onto the canal towpath, where lots of boats were moored up, their owners happily sunning themselves.  This one was called 'Lucky Dip'. 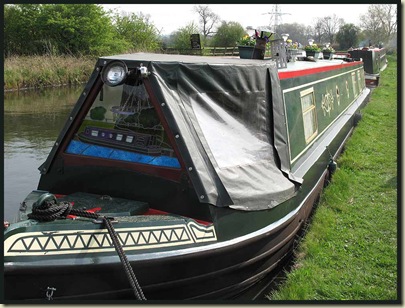 At least four buzzards hovered above, and goldfinches busied themselves in the hedgerows whilst newly arrived house martins feasted themselves on airborne insects.  Leaving the canal at Agden Bridge, after some rather noxious muck spreading activity from a farmer who obviously wanted to show the holiday makers how hard he was working, we found a lady with a docile child and dog who had been intimidated by these cows and was returning home 'the long way round', defeated. 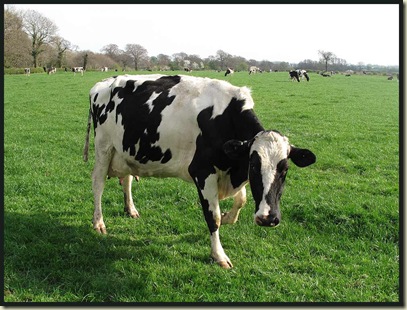 A nearby wood sported lush banks of greater stitchwort and lesser celandine - shown below, as well as wood anemones, with a few bluebells in flower and the rest not far behind. 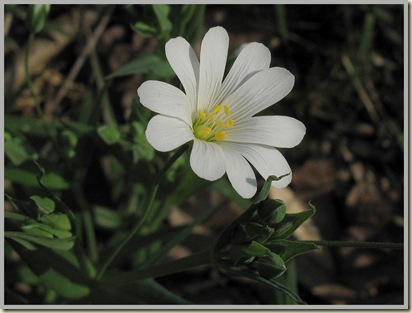 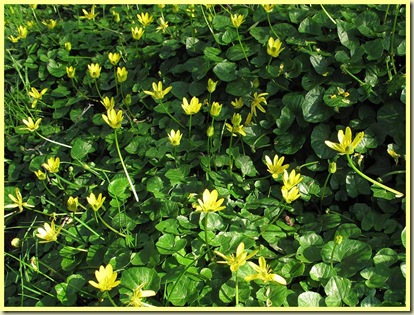 We discovered as we passed back under the canal that we were on the Bollin Valley Way. 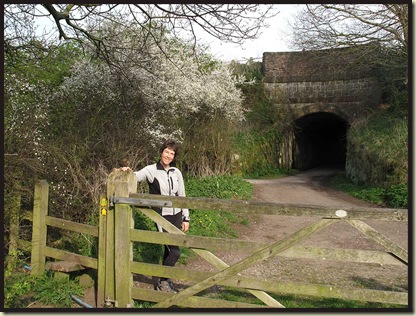 There is lots of blackthorn hereabouts. 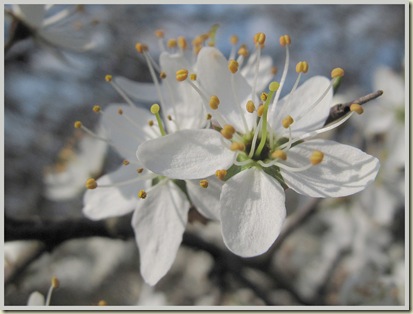 And of course, it's the River Bollin flowing over this weir. 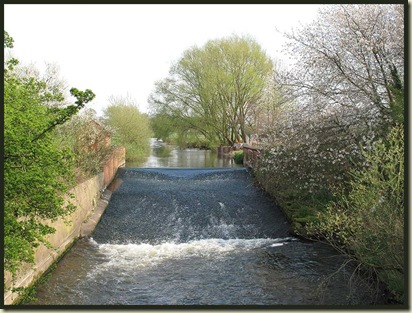 Beyond the Swan with Two Nicks the Bank Holiday crowds were thronging (just as if it were a Bank Holiday!) as we ambled past Dunham Massey's nicely restored waterwheel building (below), past the tame fallow deer, past the moat with mallards, coots, tufted ducks, Canadian geese, moorhens, etc, and back to the car to return home along quiet country lanes. 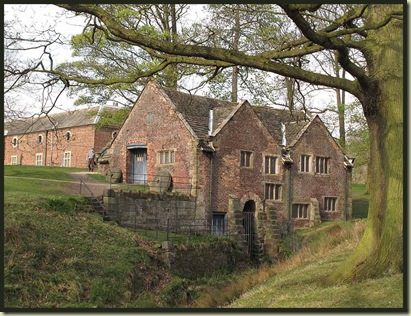 Posted by Phreerunner at 23:52 No comments:

Easter Sunday along the Bridgewater Canal

We've returned from Scotland to gorgeous summery weather, so after yesterday's laziness I got some exercise this morning on my regular 14 mile bike ride to Lymm along the disused railway, returning along the Bridgewater Canal.

The sun beamed from a pristine sky.  Despite the early hour, lots of people were about, cycling, walking, rowing, barging, fishing, running, walking dogs, etc.  What a contrast to a couple of days ago, when we walked on Good Friday for six hours and encountered nobody.

Everything has really 'greened up' here during the past week.
I noticed a mallard with six chicks - the first I've seen this year. 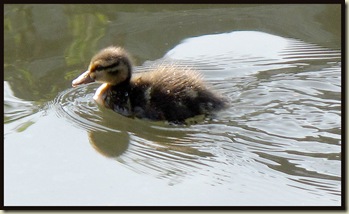 Nearby, the canal is crossed by the main A56 road in Altrincham. 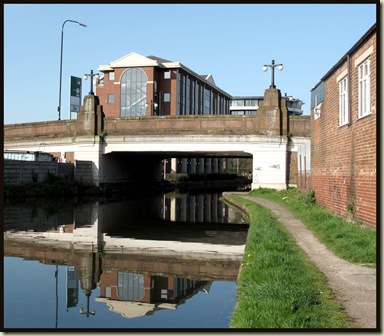 Dandelions and white dead nettles now vie with butterbur for prime positions along the banks of the canal. 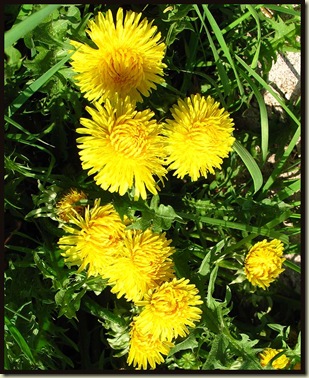 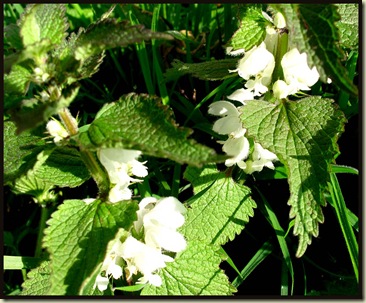 The Altrincham to Warrington railway track has recently been resurfaced, so users now don't have to negotiate marshes along here, though it can be a bit boring, and horse riders rule supreme - they rarely acknowledge the other more courteous users. 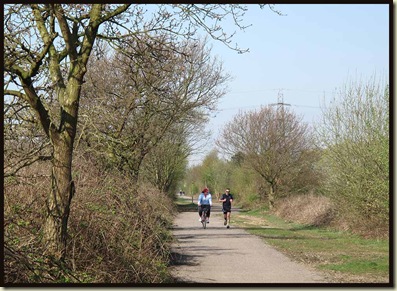 I should know what this bush is...the bumble bees were feeding busily on it. 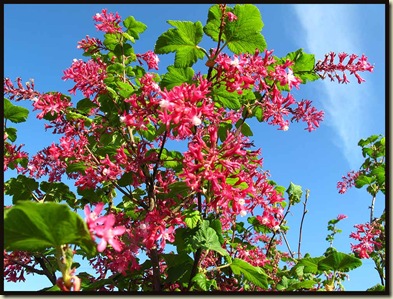 The canal towpath runs through open countryside around Lymm. 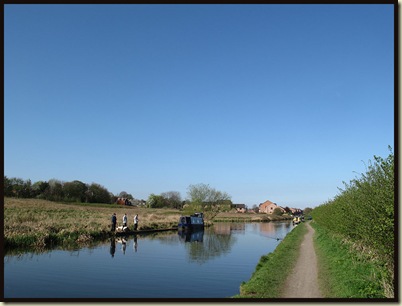 Another mallard was busy with her young family - eight of them this time.

Then I whizzed back home, sunglasses being essential today. 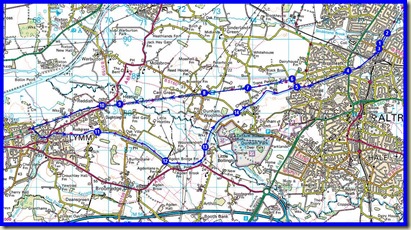 Posted by Phreerunner at 12:07 No comments: