Tuesday 18 December 2012 – An Evening Yomp up Shutlingsloe, and Memories of Half Dome 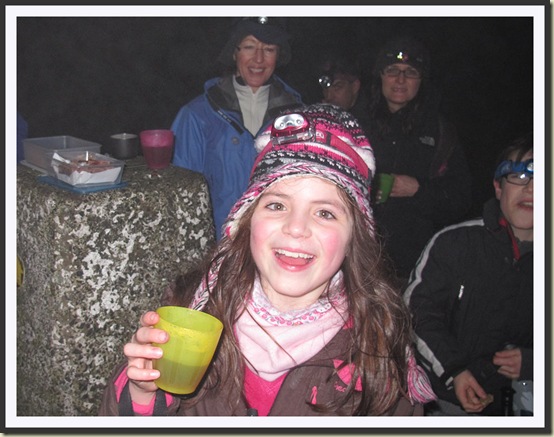 I organise quite a few evening walks during the course of a year.  They are attended by a very select group of enthusiasts, sometimes numbering just one person!  However, as last year, this traditional yomp up Shutlingsloe was the best attended evening walk of the year, with twelve people turning up on a lovely calm evening.  Well done everyone, it was most pleasurable.

There was a smidging of mist on the summit, which reflected any attempt to get a reasonable group photo, but this one seems to include everyone but me and Richard, who was still en route from work at this point. 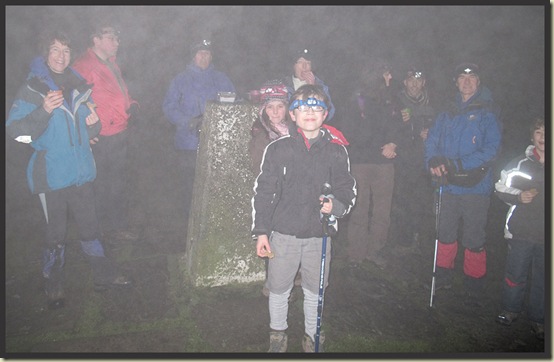 We spent some time on the top, waiting for Richard (we met him later on the way down), congratulating Alistair who announced that he was to be a dad for the second time  (big congratulations to him and Lynsey, and we hope the morning sickness diminishes soon, Lynsey), and singing a small selection of Christmas songs led by choir-mistress Sue in the absence of JJ who was on ‘Dad Duty’. 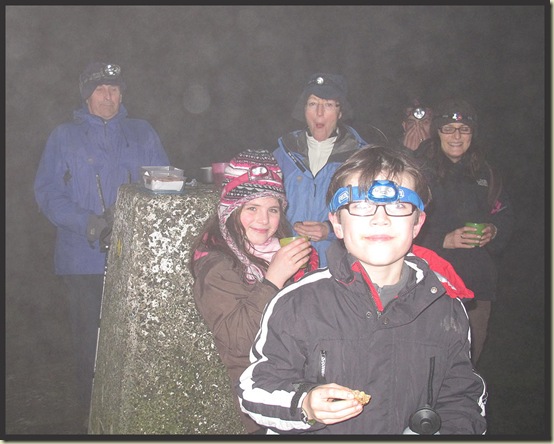 There was also a selection of goodies which for a change rested calmly on the trig point, and Diana had brought a huge flask that looked more like a rocket launcher and contained fuel that propelled the younger members of the party back down the hill with no significant complaints.

As you can see, images were obtained basically by pointing the camera in the dark and pressing the shutter at random: 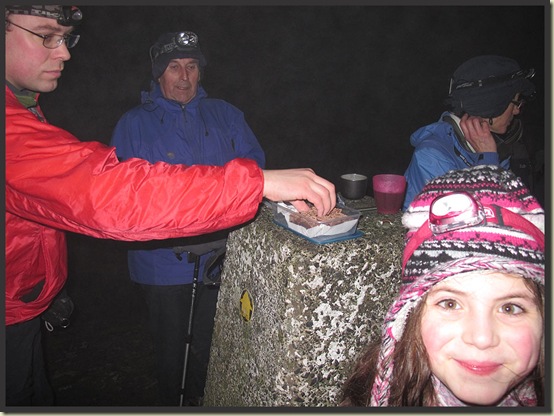 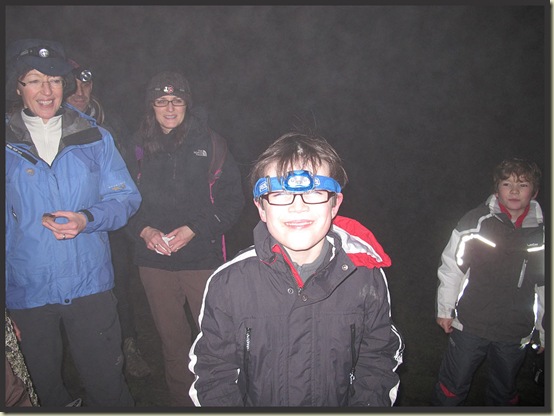 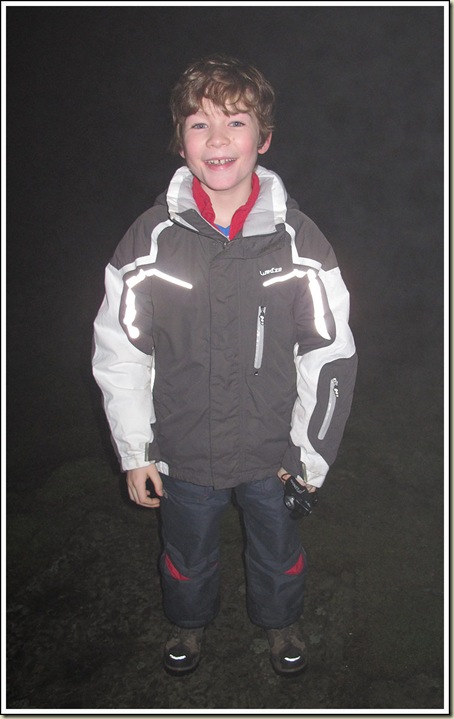 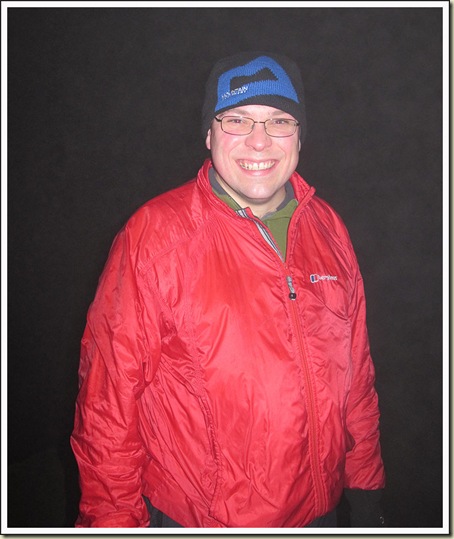 (I never realised Joe’s legs were so short!)

Here’s Andrew hoovering up the flapjack and helping Diana dispense fuel from her rocket flask. 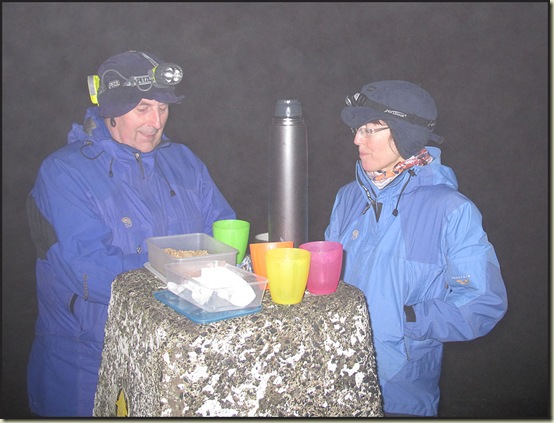 On the way down we met Richard, puffing his way up the hill after another hard day at work.  He made it back down from the summit just as we reached the cars, and was in plenty of time for a pint at the Leather’s Smithy, where for some reason the conversation turned to ‘Adventures on Half Dome’.

I think Richard found the ascent of that iconic hill rather easier than I did, as he zoomed up beside one of the ‘handrails’, whereas I nearly met my demise on the very steep and scary slope and will never venture there again without a via ferrata kit. 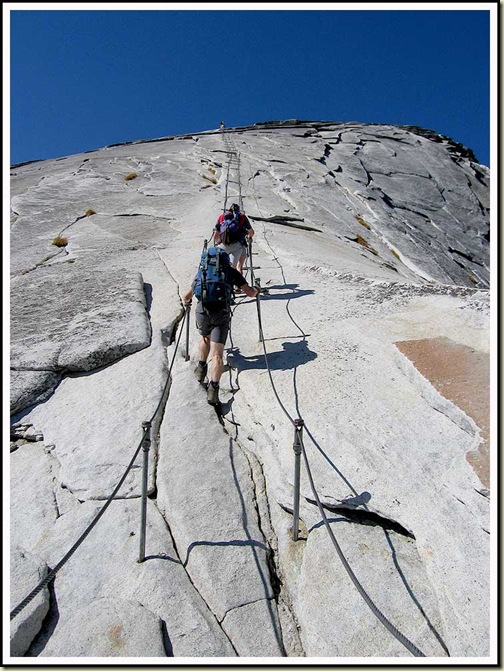 Sue’s report on our day up Half Dome is here (I think Graham may be amused by it).

My Garmin gadget shows the evening’s 5.3 km outing to have followed the following dark course.