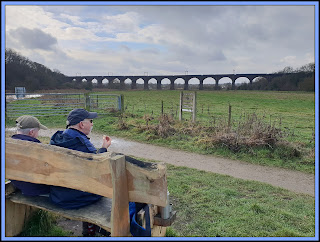 Friday’s meander around Aston in North Cheshire, on which I will report tomorrow, passed under the magnificent Dutton Viaduct, pictured above during our brew stop.

The viaduct was completed in 1836 and comprises 22 stone arches and two wrought iron girder bridges. It carries the Chester to Manchester railway line over the River Dane and the Weaver Navigation.

I would have imagined that the 1830s were an era bereft of the ‘Elf’n Safety’ that blights the 21st Century, but according to Jen Darling’s research “it was one of the most successful and safe engineering feats of its time – there were no accidents to the workforce, many of whom were Irish and lived in nearby terraced cottages, during construction”.
Posted by Phreerunner at 23:19 1 comment: 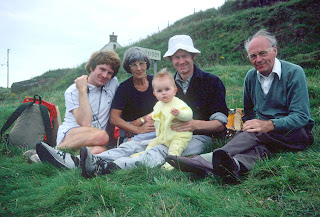 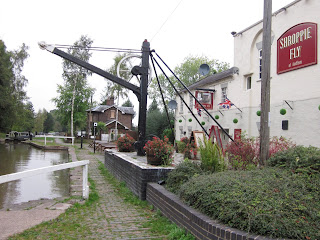 Posted by Phreerunner at 08:56 No comments: 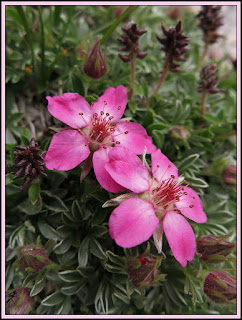 Large cushions of this plant are littered all over the Dolomites, in this case on Alta Via 1 above Rifugio Scotoni on 8 July 2018.
‘Potentilla’ derives from ‘strong’, to reflect the plant’s resilience. The term was coined by Renaissance botanists to emphasise its medicinal qualities and success in colonisation.

As always, thanks to Gillian Price’s  Alpine Flowers book for some of this information.

Note: Open Live Writer, which I have used for a long time to publish my blog postings, has stopped working for me. Publishing using Google’s ‘blogger’ product results in very low resolution images, but if you click on the image you should get a better quality version, and for postings with multiple images you can view the images by moving through the thumbnail versions at the bottom of the screen.
Posted by Phreerunner at 08:17 No comments: 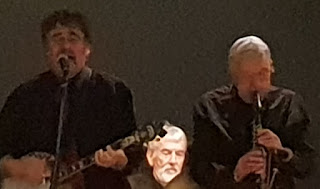 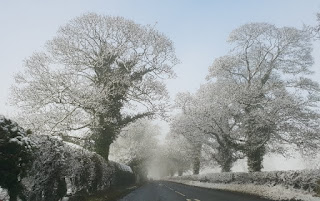 After the abandonment of an Eagley jazz session a couple of weeks ago when all but one of the Aire Valley band got trapped on the M62, and the lone band member foresook the opportunity to make his name by performing solo, we were hopeful of a better turnout by the Wirrorleans band on Monday night.
The latter band, apparently, has a good trumpet player, but whilst the reeds player was still in Bolton town centre when the gig started, the trumpeter first feigned lost, then, much to the consternation of other band members, failed to appear at all.
Sue and I were near the back, so I didn't get a proper picture of the band, but you'll note from the top picture that whilst some band members were absent or late, Jeremy Corbin was first to arrive, with his set of drums, albeit the venue is a Conservative club.
The trumpet was missed.
Today would have been great for a walk, but other duties took preference and we had to admire the hoar frost from the centre of the A519.
Posted by Phreerunner at 21:34 1 comment: 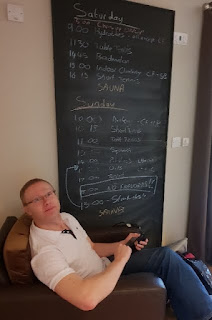 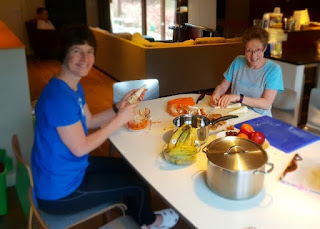 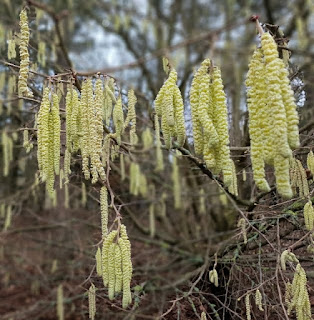 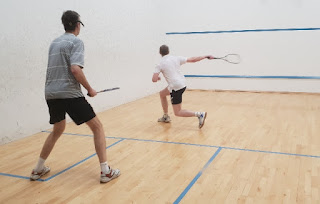 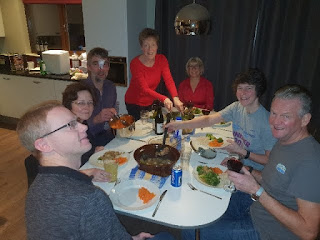 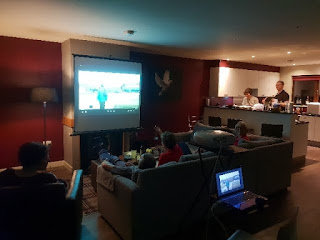 A few more photos, but I failed to capture swimming, short tennis, floodlit tennis, archery, pool, pilates, hydro bikes and more.
Floodlit tennis was our final energetic activity, by which time we were down to three and a half active participants, this year's team being:
Robert - seriously damaged in a bicycle accident this afternoon when a chair got caught in his spokes. Despite his visit to the medical centre, and a very bloody nose, he honoured us with his presence for floodlit tennis.
Lyn - has serious difficulties walking and relies on chairs supplied by Robert; spent time in the gym but was unable to take part in racquet sports.
Louise - tries hard to overcome fragility to hard objects e.g. table tennis balls, but manages ok with shuttlecocks.
Chris - normally very active, but seriously damaged an ankle playing table tennis on Saturday morning and required a visit to the medical centre. They advised him to stick to the sauna (luckily our accommodation has one) and the occasional game of pool.
Gerry - a game old bird, but awaiting expert opinion on a serious shoulder injury (torn rotator cuff?).
Stuart - a shining beacon of fitness in a sea of wrecks. Accused of being responsible for one sided contests.
Sue - not far behind Stuart, and ahead of Chris on the climbing wall, despite lots of Achilles massage.
Martin - shoulder and knee injuries inhibit performance. Except at pool.
We've had a great time despite any difficulties arising from the above and other unmentioned traumas. In particular, anyone claiming to be under-fed could be rightly accused of being untruthful.
Posted by Phreerunner at 23:03 No comments: 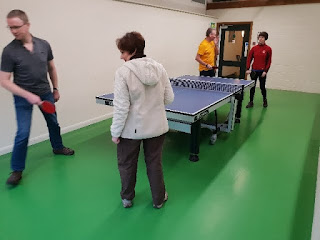 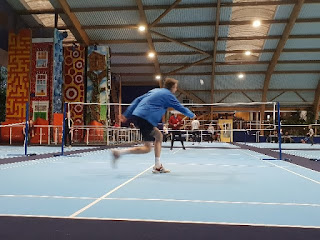 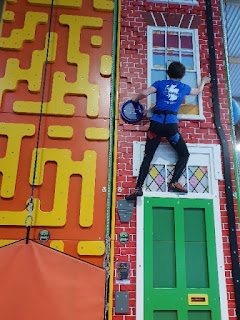 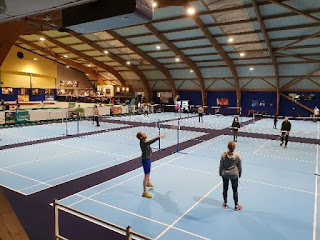 Here we are again...
Posted by Phreerunner at 07:58 No comments: