A Quiet Week in Timperley

Monday - Sue and I lunched with JJ, another TGO Challenger, at Giobrio in Sale. 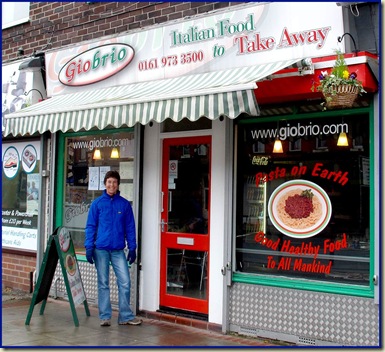 Mauritzio was in good form and served up his usual tasty fare that would see us through the rest of the day. We do have difficulty working out his pricing structure, as the meal and drinks for the three of us, together with a generous (in relation to the cost of the meal) tip came to all of £10. [The price list seems to be a work of fiction!]

The trees by the canal are looking barer now, with the towpath supporting a thick carpet of leaves. 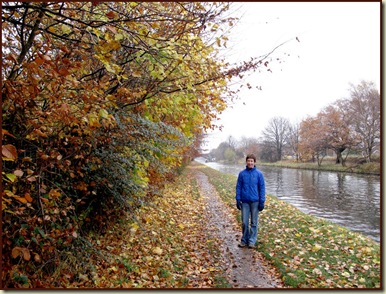 This fearless Canada Duck took a real fancy to the Canon G10. 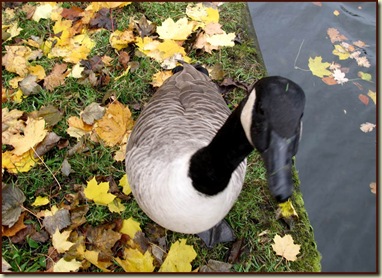 Tuesday - it's a small world. On a lovely sunny day by the canal, I bumped into a familiar jogger. Not JJ, but yes, another TGO Challenger. This one was also in training - on a 10-mile run which I was told would take an hour and 10 minutes. I continued, bemused.

Later that day: "not very good with numbers"...was the message..."should have said an hour and 40 minutes". Still not bad - I think Sue and I will be at the tail end of 'Team Timperley' when we reach Montrose. Possibly several days behind!

What looked like a food parcel from Markus, the kindly Austrian, arrived today - we opened it and realised that - yes, it was from Markus, pretending that he was from British Gas, with a present that will provide both heat and light to see us through the cold winter months: 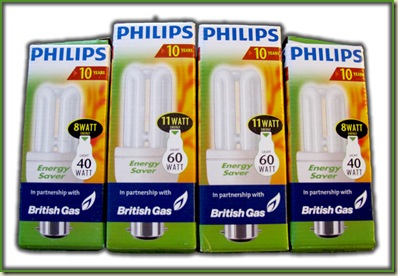 And another follower of this blog appeared. Welcome Martin.

Wednesday - I made a movie! Thanks go to Gayle for a bit of guidance on this, though the process that caused her a problem - conversion of movie clips from her camera to a format that could be used in Windows Movie Maker - seemed to just happen automatically for me. The trickiest bit was the upload to U-tube and insertion in the blog, and that was hardly rocket science.

We aren't any good at (indoor) photography, and the 'movie' was for a specific purpose, but I'm still chuffed with the result. Thanks for the inspiration, Gayle. Here it is: 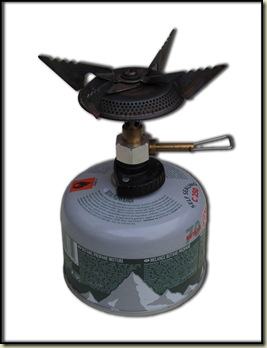 I spent the rest of the day admiring my MSR Superfly stove,
contemplating my next adventure into the world of movie-making.
(And messing up a wonderfully clear image by the unnecessary use of drop shadow after deleting the original.)

The time could have been much better spent enjoying for a second time Mike Knipe's record of his travails amongst the Fells of Howgill. Here - they really are a good read.

Thursday - yet more time was spent on producing a slideshow of our recent trip to Egypt, and editing some of the postings to include more images. But I ran out of time so this all remains as 'work-in-progress' (I'll let you know when it's finished) as we were distracted by an appointment with 'The Singing Librarian' at the Royal Northern College of Music.

June Tabor's rendering of haunting melodies rarely fails to bring tears to the eye. The concert concentrated on folk songs dating from way back - even as long ago as when Normandy was part of Britain (apparently). Here's a clip of one of my favourites from her Anthology album:

Friday - we are off to Silverdale for a stroll, en route to Kendal for the Kendal Mountain Festival. As most of that involves listening and watching, we don't plan to post anything over the weekend, but will report back on Monday.

Sue, Andrew and I were joined by Richard, who we had first met on Wednesday at our slide show to Stockport Walking Group, for this scenic stroll from New Bridge car park, the access point for Hardcastle Crags - just beyond Hebden Bridge.

We set off into the pretty woodland of Hebden Dale before rising to admire the churches and museum at Heptonstall. 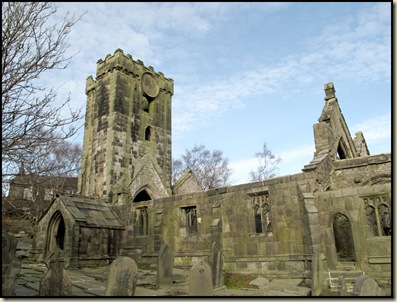 A fine view south drew our eyes to the sun drenched valley in which the village of Mytholm nestled comfortably below the prominent monument on Stoodley Pike.

Ambling west along the Calderdale Way, above the sunlit trees in Eaves Wood, we soon reached the Pennine Way.  A rocky outcrop provided a fine location for elevenses - tea and CCS - much to Richard's amazement.  The people with whom he usually walks have yet to discover the pleasures of the mid-morning break!  The sun lit up the valley below us, with the fields by Colden village shining in the low November light. 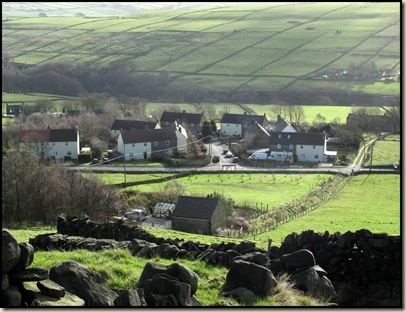 The section of the Pennine Way over Clough Head Hill was only moderately gooey, with large stone slabs aiding us across the wettest bits.  With the yellow orb on our backs it seemed no time at all until Gorple Lower Reservoir came into view.  Here we descended to Graining Water for our picnic lunch.  It was very warm for mid-November and Richard relished in daubing himself with sun tan cream.

A 10 minute stroll found us outside the Pack Horse Inn, enjoying pints of Black Sheep ale. 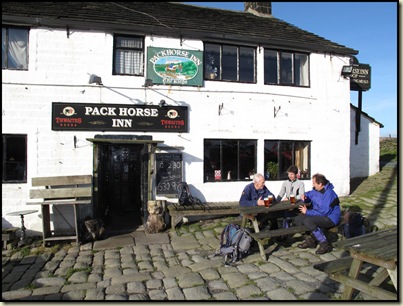 We said hello to Waggy's double (TGO Challengers will know the type) as he continued on his hike/pub crawl.  A mountain biker arrived, alone, forsaken by the other 20 members of the Swaledale Outdoors Club.  His back tyre had been shredded on a rock, and had been patched up using a new inner tube, lots of gaffer tape, and a toothpaste tube.  But an off-road route was out of the question for him, so he would continue happily along the minor roads that abound in this area.

Heading north, a text message from Gary and Sue, who like several others had hoped to join us but had other commitments, indicated that we weren't the only ones enjoying a good day out.  Passing alongside the picturesque Walshaw Dean Reservoirs, we then turned south over Dean Gate, the highest point of our walk at over 400 metres, before descending to Walshaw. 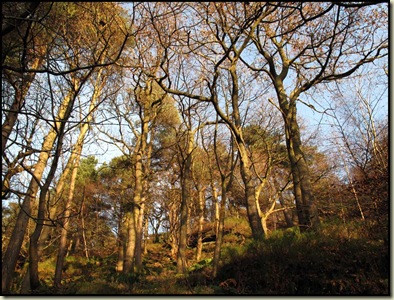 A steep and slippery path led quickly down to the track along Hebden Dale that drew us inexorably back to the car, on an increasingly busy path, with the sun slowly leaving us as we strolled contentedly along. 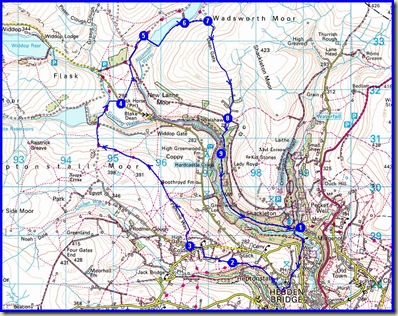 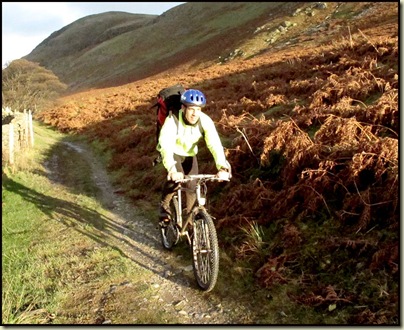 Cycling beside Ullswater towards the end of the day 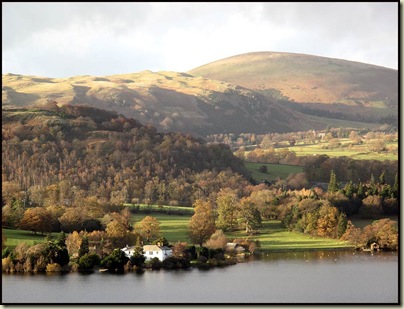 Whilst the previous entry shows the route fairly clearly, I thought I'd provide this link to the detailed route card, should anyone be using this entry as a 'resource'.  The map references could be useful if the cloud comes down and you have a GPS.  On the other hand, it may be better to wait for a clear, dry summer's day, or a very frosty winter's day - when you should take lights and warm clothing - to follow this route.
I'll be pleased to receive any comments from those who do follow in our tracks.

Posted by Phreerunner at 23:04 No comments: