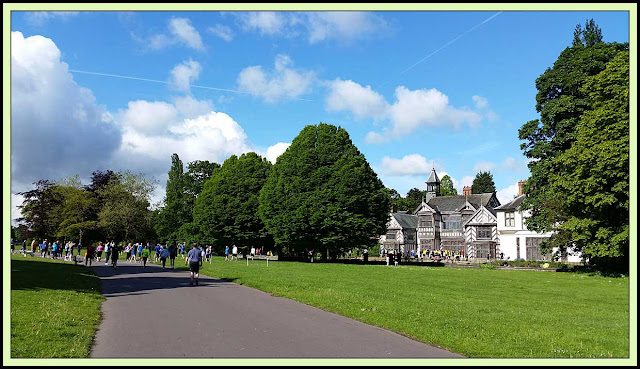 Following comments and emails after the previous posting, JJ spotted this web page, which includes the following text:

Well frankly its not a straight way to hack into and make once again live writer compatible with blogger but you can write down your posts using it and post it using blogger by copying its HTML content, check how.
You can preview your posts, then add all those search description and custom permalink, then post your content.”

I actually tried this on Tuesday (26 May) when I first encountered the WLW problem. It didn’t work for me then, I think because of problems with the images, but I’m ready to give it a go again. The picture, if it transmits, is of the 241 runners assembling outside Wythenshawe Hall for this morning’s parkrun (the results of which are not shown here at the time of posting, but they are on the ‘latest results’ page.

This seems to work for the text but not for the image, for which the correct amount of space is given, as well as the Alt tag, but the image isn't shown. Playing with the HTML for that seems unsatisfactory, so it looks as if the images need to be added separately, which for me is a real pain. So whilst this approach does seem to be a solution for text only postings, inclusion of images at the correct size remains a difficulty.

Here's another go at inserting the image, and I've tried to adjust the size by using the HTML code screen. It looks hopeful, but you need a calculator to work out the height adjustment once you've adjusted the HTML code to the desired width (550 pixels in this case).

I've now (July 2019) also added the image to the top of the screen, where originally intended, this time adjusting to X-Large before reducing to 550 width; this gives better resolution as you can see. 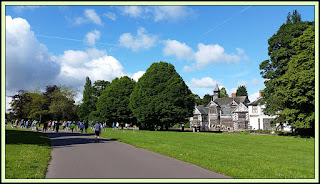 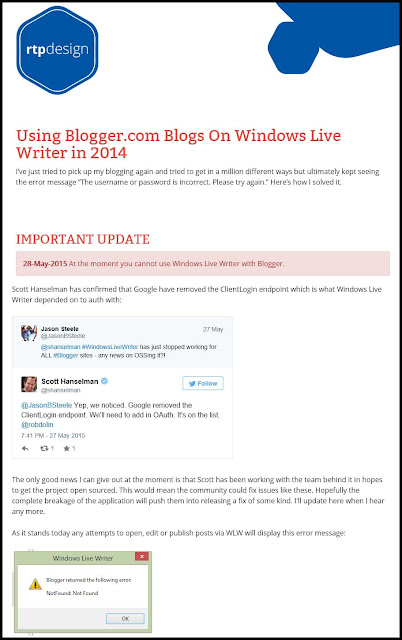 I've been using Microsoft's 'Windows Live Writer' (WLW) as my desktop blog editor for years. I find the Blogger interface, being used for this entry, tedious and unsatisfactory, especially where copying and pasting from other documents, and image sizing are concerned. WLW is, by comparison, a delight to use.
I've encountered problems in the past. Uninstalling and re-installing the software has usually solved the problem.
On Tuesday 26 May I drafted a long post about our 'Cruising Trip' on Sunday. When I tried to post it I received a series of error messages, the first being the one being shown at the bottom of the image above.
I then spent several hours trying and failing to fix the problem, by way of a series of quite complicated (for me) procedures.
I found a website that held reviews of Desktop Blogging Software (here). It rates WLW as head and shoulders above other software for a Windows computer.
I had another go at solving the problem yesterday. Failed.
This morning I discovered this website, from which I've reproduced the latest entry in the image above.
It appears that "Google have removed the ClientLogin endpoint which is what Windows Live Writer depended on to auth with", thus disabling what may be the best desktop editor for those of us who have 'Blogspot' blogs.
I'm not a techie, but I'm willing to have a go at solving easy problems. It seems now that Google have robbed me of several hours of my life.
I hope others have fared better, but I'm still in a quandary as to what to do next. Is any of this software worth installing?
I also wonder whether my sudden need to repeatedly refresh Blogspot blog pages to view images is something caused by Google.
﻿ 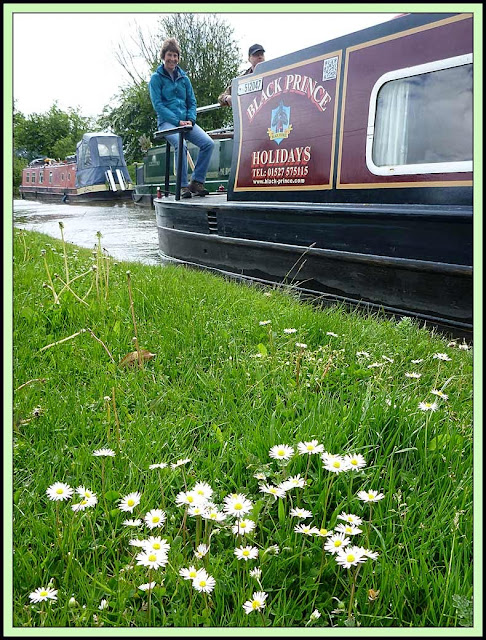 This is a short entry to report back on our ‘wind-down’ from the TGO Challenge, by way of a barge trip. We joined the usual gang – ert, Lyn, Louise, Gerry, Chris and Stuart (minus Roger who was attempting the LDWA ‘100’ event, he did 89 miles) for the last full day of their three day trip from


Here’s the area we were in – the Professionals (Sue and I were just visitors) sailed from Weston to the centre of Stoke during the day. 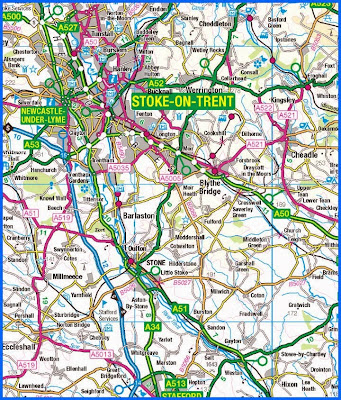 Stuart had produced a huge slab of shortbread. We ate it all. There was lots more food. 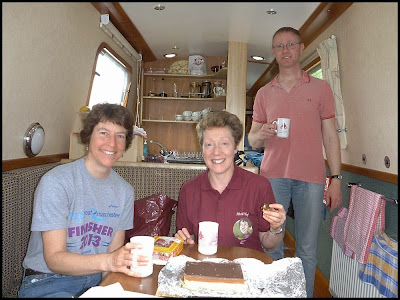 Louise spent some time trying to drive the vehicle – you can just spot her head – and ert obtained photographic evidence of a rare occasion when she managed to get the boat straight. 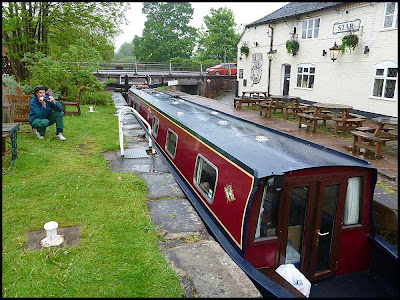 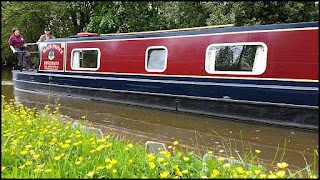 We passed this home that used to be owned by our family and which brings back happy childhood memories. I remember spending time here one Christmas, sleeping top to toe in a bed with my cousins. The living room was home to a pianola on which we played music by way of perforated tapes. 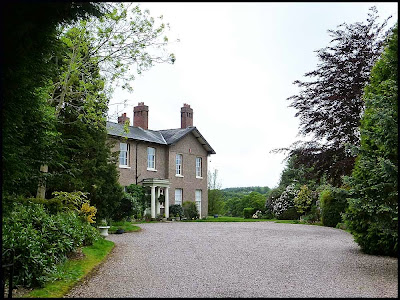 Chris (‘Photographer’) produced a microscopic tripod that was used to capture the ambience of the occasion by way of a self-timed photo! 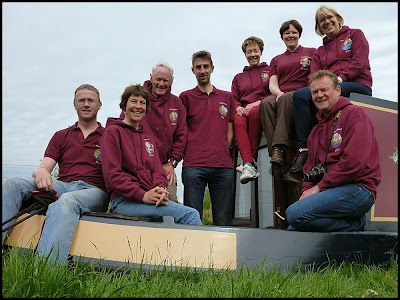 ﻿As the day progressed, the sun came out and the late afternoon light was lovely. 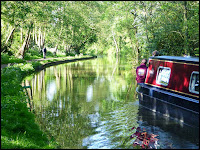 ﻿ert and I finished up by running 5 km as part of the process of getting our respective cars into the correct places, and whilst it was a leisurely day, my Garmin gadget did clock up over 17 km of walk/run activity during its course!


The slideshow is here. Click on the first image then click on ‘slideshow’.
That’s it for now. I’m returning to trying to catalogue our TGO Challenge pictures, to which I’m putting links from the daily postings that I made during the course of the Challenge. I’m currently up to ‘Day 1’ so there’s lots more to do!
Note: I’ve battled for hours on Windows Live Writer (WLW) to send this posting. It seems that Google may have done something that affects the ability to post using WLW, but they will probably blame Microsoft. In the meantime my playing with the settings, uninstalling and re-installing etc may have upset things as well. The Blogger interface is truly awful, which is why this posting may look like a mess when it eventually gets through as a result of lots of cutting and pasting and indeterminate sizing of images and the failure of the software to left-align or produce a consistent type size. Moreover, there seem to be issues with images not appearing on some of my postings; if that happens to you try to refresh the screen and they may appear. Ho-hum. 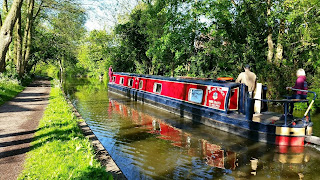 A great way to wind down after the excesses of the TGO Challenge....
Posted by Phreerunner at 18:06 4 comments: