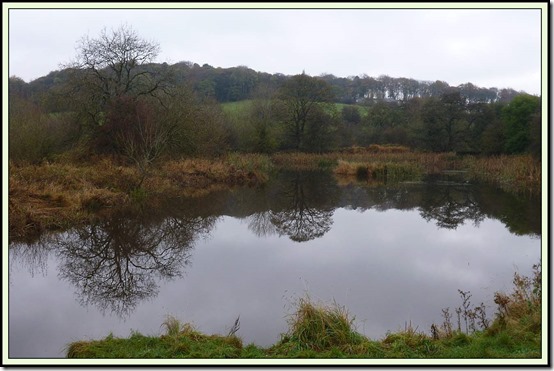 After donating their £1 coins to a stranger dressed up as an ‘out of order’ ticket machine, sixteen stalwarts gathered for an important address from Maude.... "We are waiting for Norman and Chris." 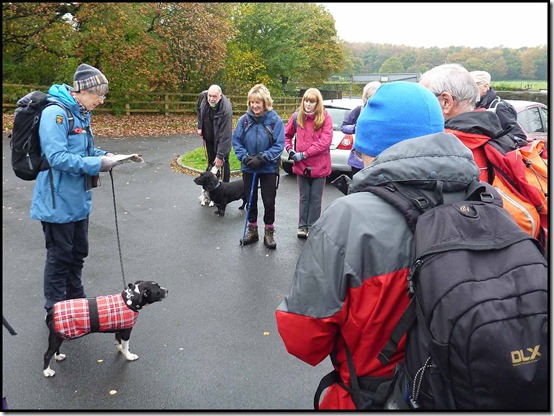 After admiring Maude’s remarkable control over her ventriloquist’s dummy, we set off anyway, along the well drained paths of the Cuerden Valley. There were lots of people out, and even more dogs. 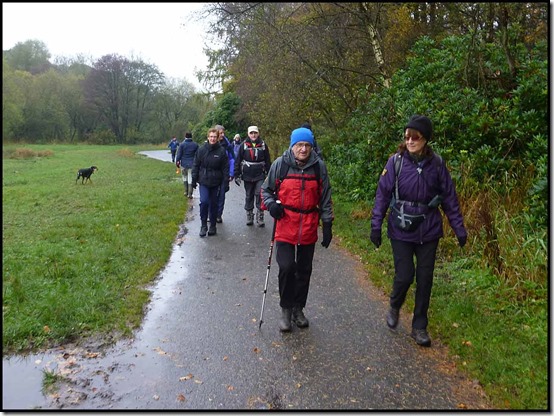 Shortly we stopped. Maude informed us why: "We are waiting for Norman and Chris. Neil and Caroline have stayed at the car park as they know the route." (Actually it was Hilary who said this as Maude couldn’t remember how to say so many words in one bark.)

It was a cool, overcast day. Very calm, with autumn turning to winter, and wet conditions underfoot after overnight rain.

We waited, then we ambled on to the site of Lower Kem Mill, which has a long history spanning 200 years.

"Take as long as you like" said Hilary, as we perused the ruins, "we are waiting for Norman and Chris."

A little later, we paused by the River Lostock, the banks of which exhibited untidy remnants of flood debris from earlier in the year. Still no sign of Norman and Chris.

Even later, Hilary/Maude made another announcement: "We are fed up of waiting for Norman" they mused, after stashing their needles and producing a woolly effigy. "Do you like our new puppet?" We then found this nice tunnel under a disused railway line to splosh through. 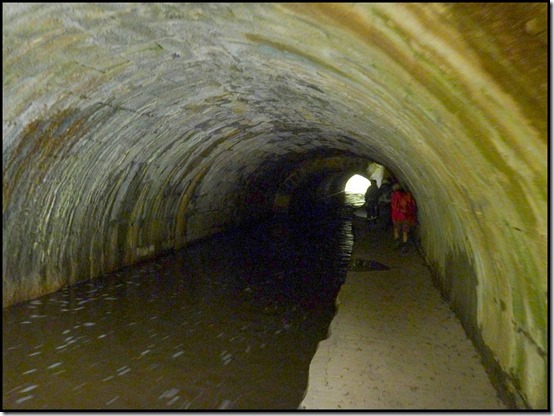 A rather less attractive tunnel under the M61 motorway drew us along a path to the Top Lock, where elevenses were taken beside the Leeds & Liverpool Canal. Cake was available, then we set off past the following sign in celebration of ‘Cruising Clubs’ around Britain. 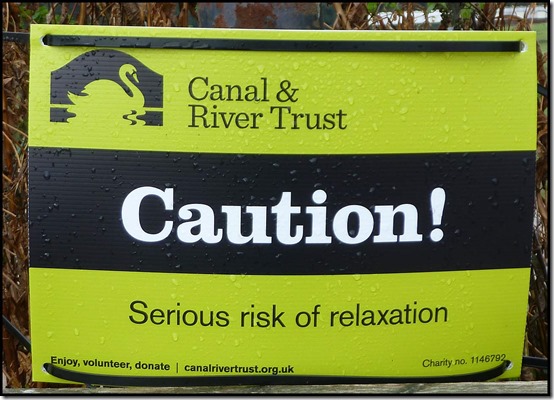 Hedgerows were laden with berries, and fieldfares and redwings were flocking in the fields. A kingfisher scooted ahead of us along the canal bank, its electric blue flash illuminating the scene. Sadly too small and fleeting to capture ‘on film’. 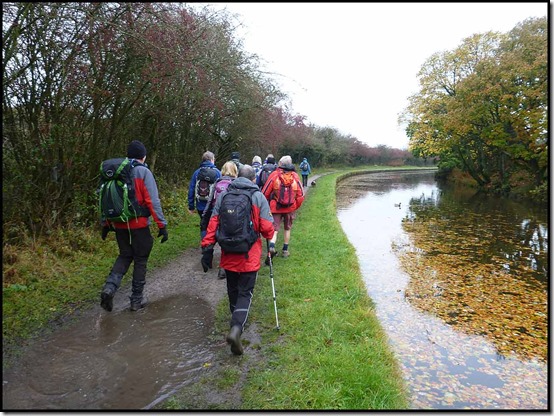 The surface of the canal bore witness to the first frosts of the season. 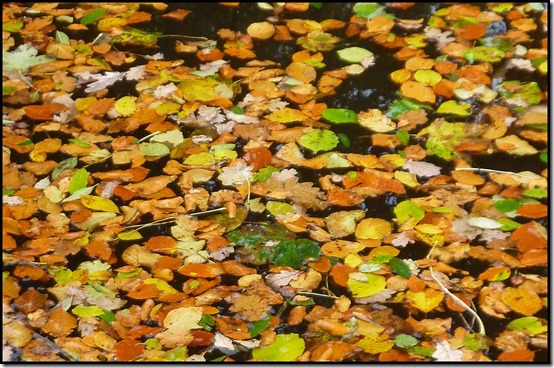 There were several breeds of sheep on view. I think Viv knows them all (if she’d like to comment) but I can’t remember their names. 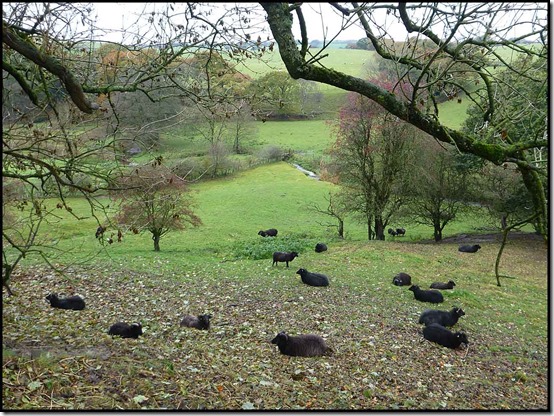 We walked for 5 km along the towpath. 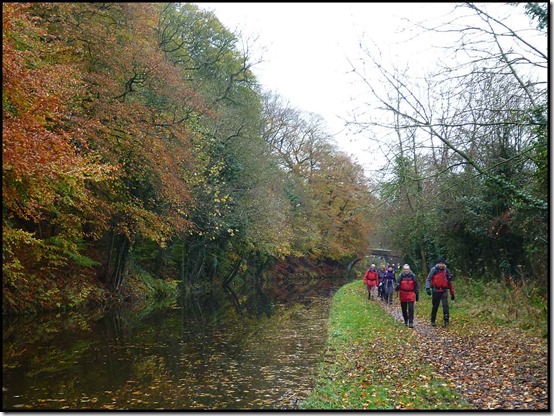 Withnell Fold Mill was passed. Apparently it operated between 1843 to 1967, producing newsprint for the local papers.

On the way to Hoghton, we passed this weir on the River Darwen. 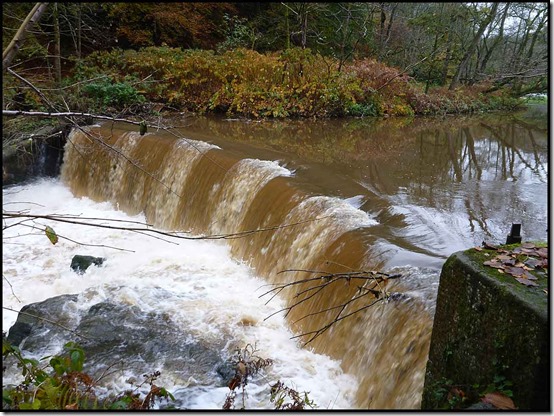 Leaving the riverside path just beyond an enormous railway viaduct, we soon reached the driveway to Hoghton Tower, a fortified manor house dating from around 1560. 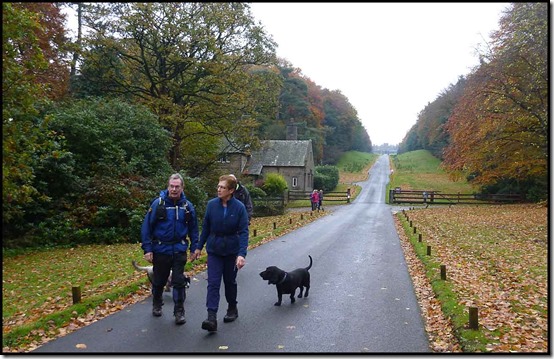 Nearby, beyond a war memorial, was a church where lunch was taken on a variety of benches spread around the Cemetery. 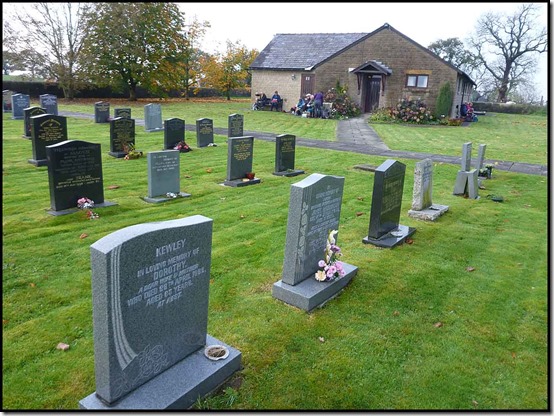 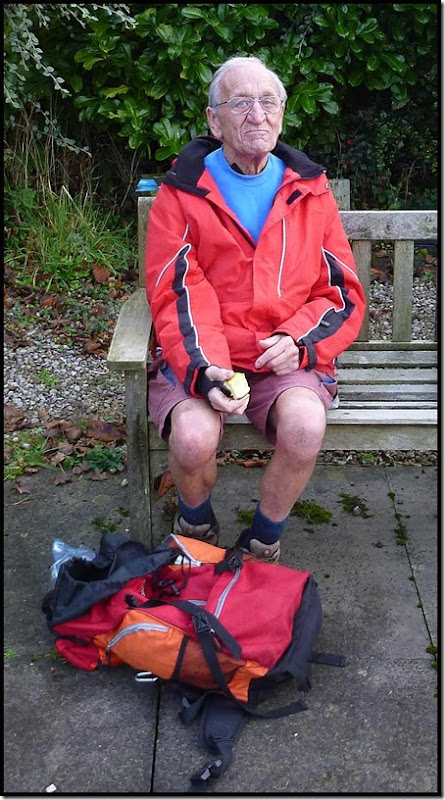 Zooming off after lunch, Barbara had her binoculars to hand and was well equipped to spot a few birds. Here’s her list for the day:

We headed towards Brindle, through damp fields. It was definitely a ‘boots’ day. 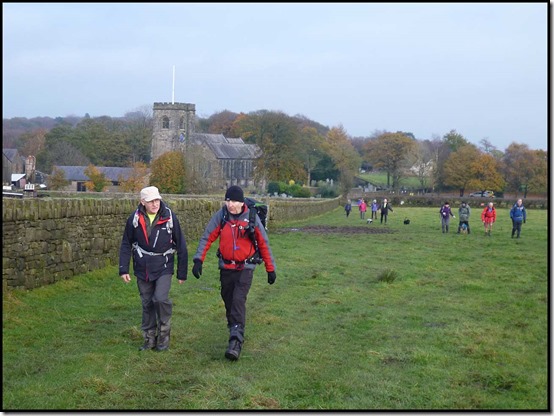 Some (reportedly) very wet fields were avoided by taking the road past Bateson’s Farm, the alternative route allegedly being the subject of a dangerous Rottweiler hazard. Were we that close to Liverpool?

The path continued pleasantly over the M65, M61 and the M6 before reaching our car park much more quickly than expected, passing Cuerden Lake on the way. 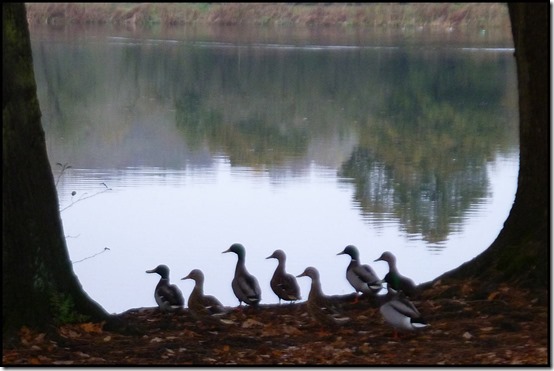 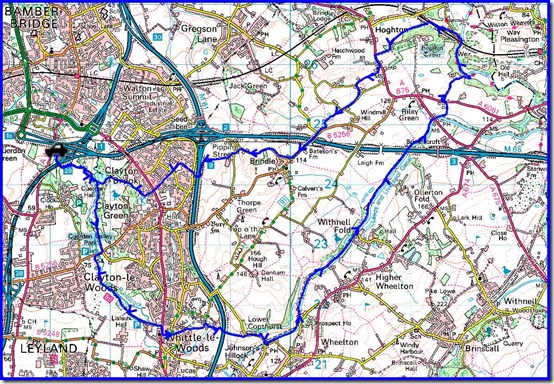 Then most of us adjourned to a local hostelry.

There’s a slideshow here. Clicking on the first image, then using the arrow half way down the right of the screen might make the slideshow work.

Thanks go to Maude for choosing an excellent route and leading the group with such competence and unerring confidence.

Posted by Phreerunner at 14:17 No comments: 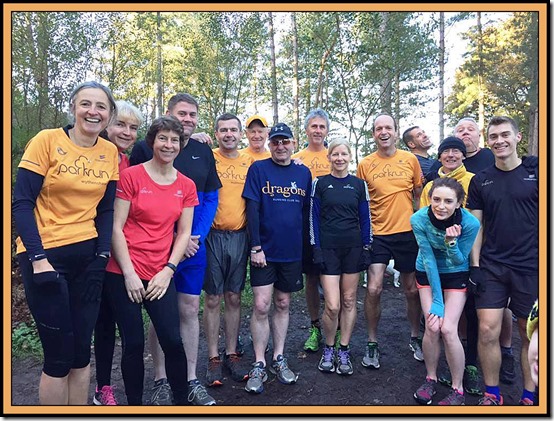 Wythenshawe Park was being used for bonfire night celebrations, so their parkrun was off. Not to be deprived of our Saturday morning fix, a number of regulars went on tour to Delamere, where the gently undulating 5 km course includes a scenic long loop around Blakemere Moss.

Very enjoyable, with a good, but rather expensive, café afterwards.

Thanks for the jolly welcome from the run director, the lift from Andy W, the photo from Frank, etc. What a jolly bunch…

The picture below shows ‘Syd’ poised to fly past Jan Williams in the finishing straight. Magic!

On Sunday, Sue and I paid a visit to the National Trust property at Charlecote Park. We had a quick look around before enjoying a latte. 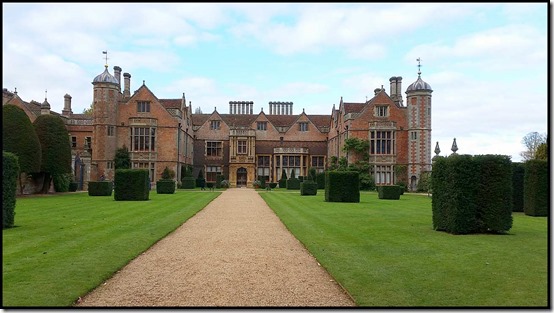 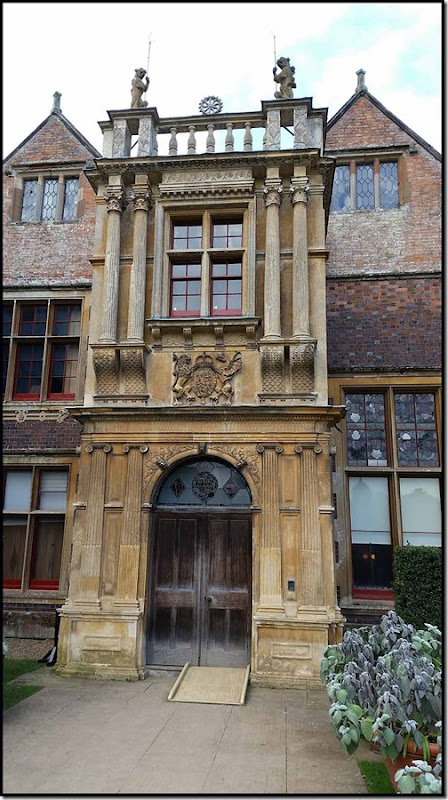 The lilac flower below was in full bloom, but nobody could identify it for us. 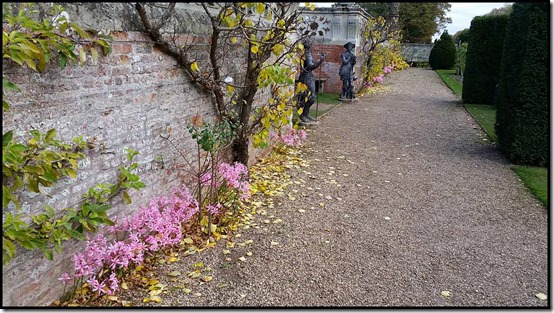 We chatted with a gardener for a while, but it was a cool day and he needed to stay active to keep warm, unlike the dog loving musician. 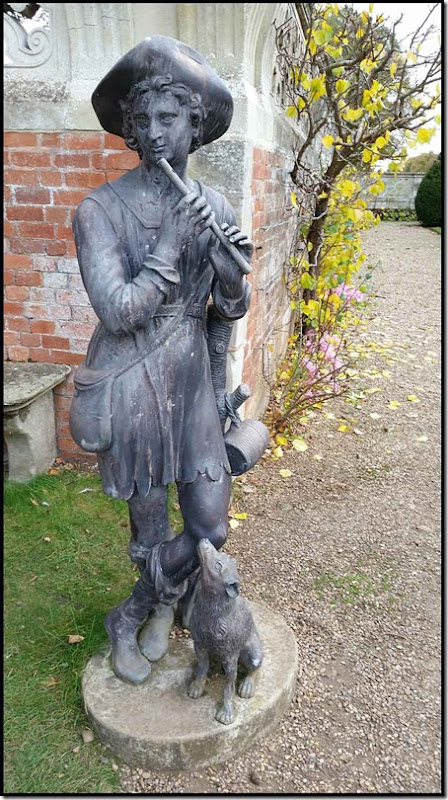 Then we went to my Aunt Jackie’s 80th birthday party. A very jolly affair hosted with style, and accompanied by some suitable anecdotes related by Jackie and her three sons.

Others took pictures, so (not wanting to be intrusive) mine are just two random shots that provide a flavour of the occasion. It was great to see everyone looking happy and well. 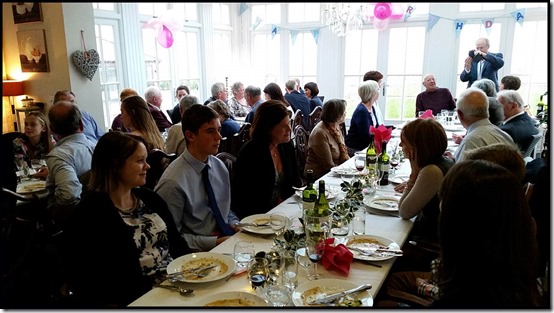 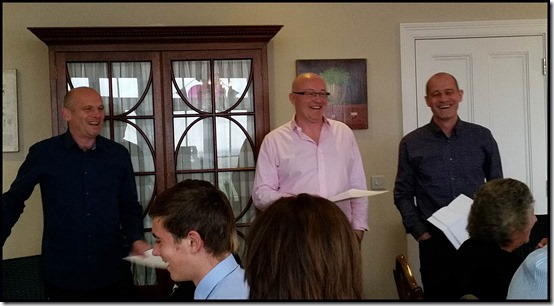 Then we went home, calling on Sue’s mum and dad en route – thanks for the tea and cake, which was all we needed.