A Weekend of Contrasts 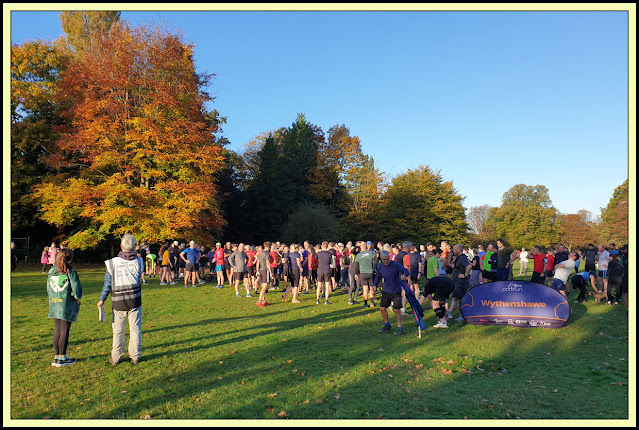 Wythenshawe parkrun number 496 was the venue chosen by Greg to complete his 500th parkrun. He's shown somewhere above at the start, and also with his 'family' below. 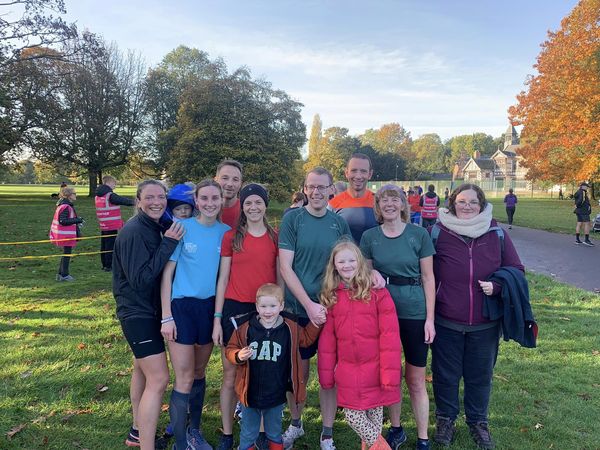 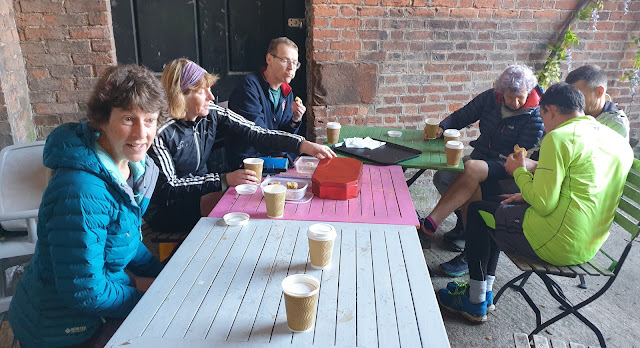 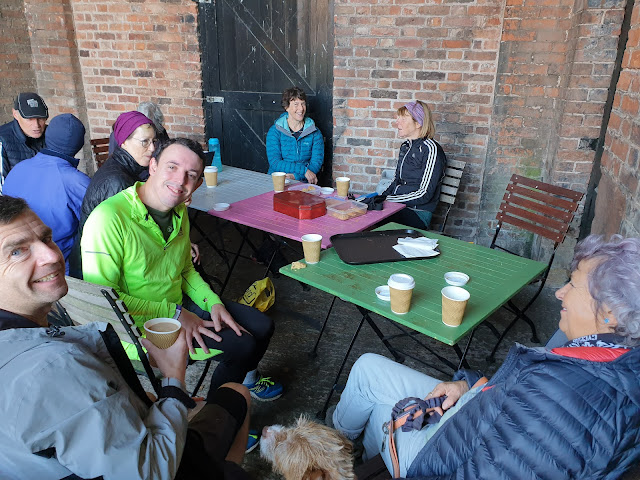 After a catch up with loads of folk at the cafe, Sue and I went to Bacup for a family lunch, via Ali and Ali's place in the hills above Rawtenstall. Again, it was good to catch up.
A walk from Kate's house took us to some stables, past this classy motor, which I can't describe as a 'relic'! My old car was similar but five years senior to this later version. 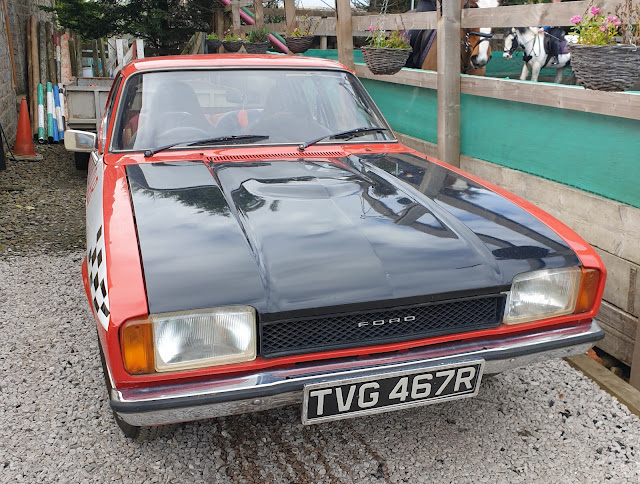 After studiously walking around puddles the previous day, when wearing her best shoes, young Isabella realised that playing in puddles wearing her wellies was not only allowed, but great fun. 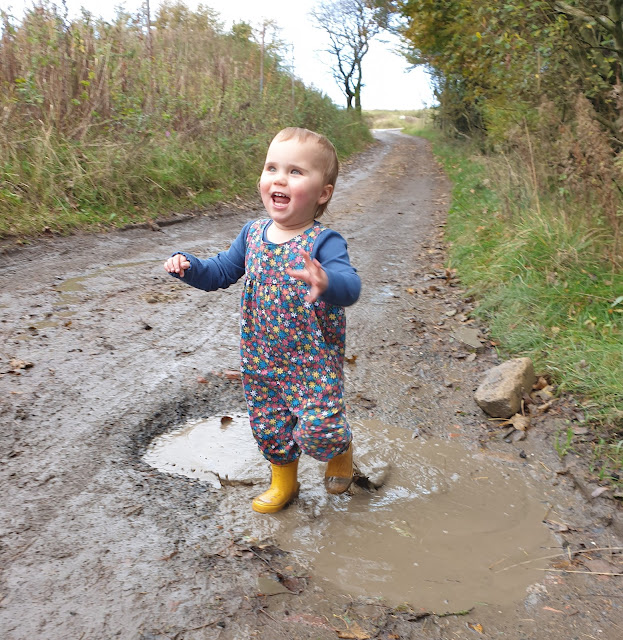 The 11 year olds had gone to the George and Dragon in Bacup, one grandma had returned to Kate's house to rescue a grandad who had inadvertently been locked in, and that left just a few of us to pose by the paddock before the gathering disintegrated even further. 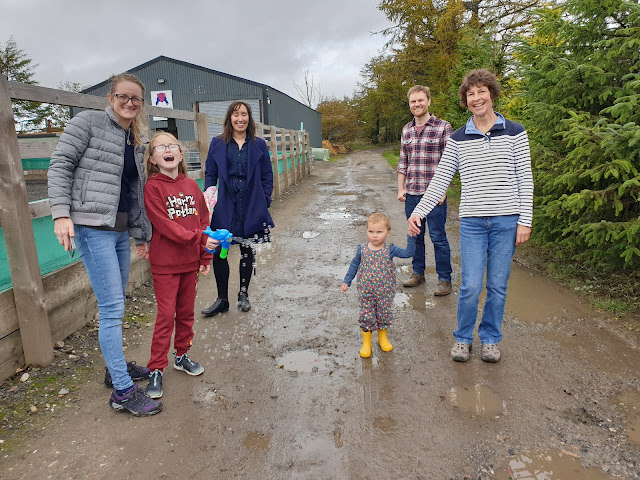 After the busy day, we all returned home in the sunshine that had persisted all day.
Sunday morning found me at Wythenshawe Park again, volunteering as a marshal for the 2 or 5 km community run. For a while, marshals outnumbered participants, and the rain lashed down. There should be a picture of us all squeezed in under a canopy, but I didn't take it.
Anyway, I soon toddled off to my designated position, and took advantage of the leafy canopy until the rain gradually eased. In the end, 41 people took part, but they got a bit spread out and the tail walker got misplaced for a while! 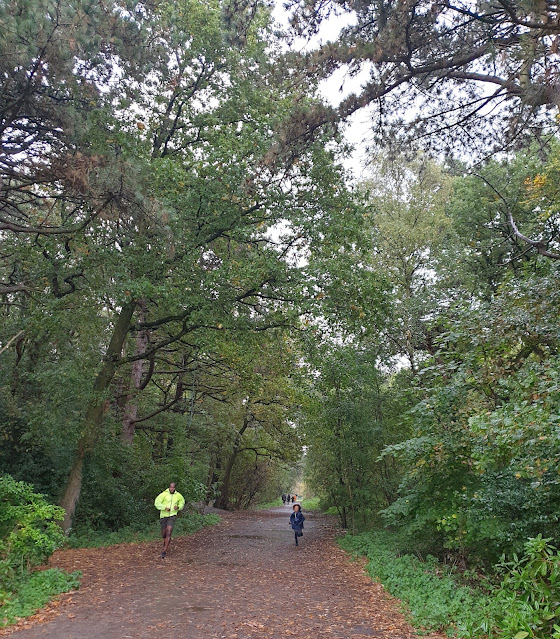 Great fun!
Posted by Phreerunner at 22:32 No comments: