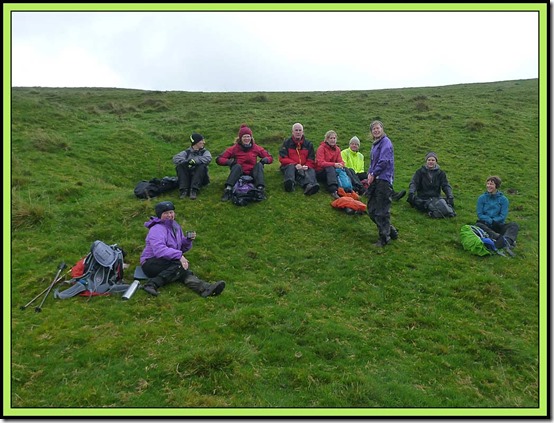 This is the eighth Ramsoc weekend to be mentioned in these pages – Sue’s University Rambling Club reunion has come round again. This year she organised the event, with assistance from Sue W in her roll as YHA insider. Thanks go to both Sues.

31 of us assembled at various times at the magnificent Losehill Hall YHA ‘hostel’ outside Castleton. This really is a luxurious place. I had a single en-suite room that was better than many a hotel room. Others had shared dormitories, in one of which a serial offender demonstrated (apparently) total ignorance of ‘dormitory etiquette’ whereby early risers should leave the room to rustle their crisp packets.

Forecast rain duly arrived just as we were about to set off on Saturday morning, but the forecast heavy rain turned out to be intermittent and variable. 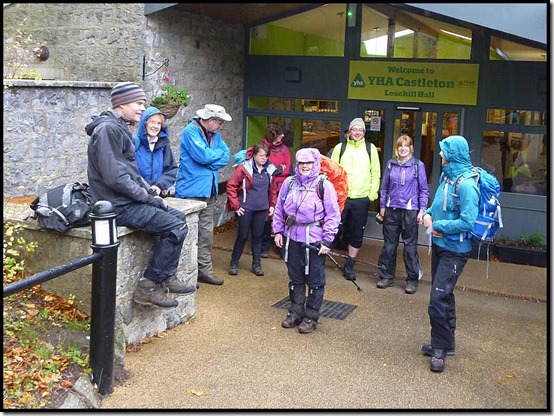 A group of indeterminate size wended its way to the wet summit of Lose Hill. My Lumix FT4 waterproof camera was handy despite its lack of a ‘lens wiper’. 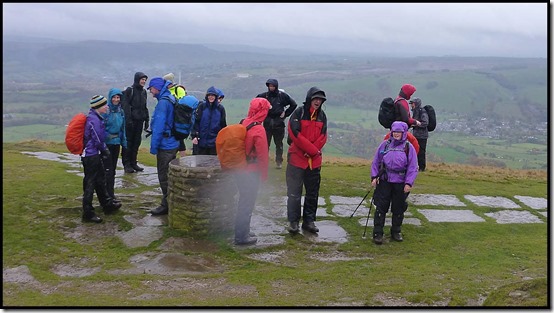 The path to Mam Tor was unusually bereft of walkers and cyclists. 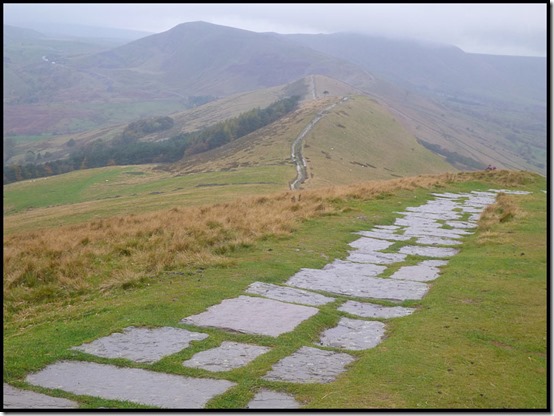 By the time we got to Back Tor, our group was down to ten, the laggards having been abandoned to stroll along the cool ridge at their own lack of pace. 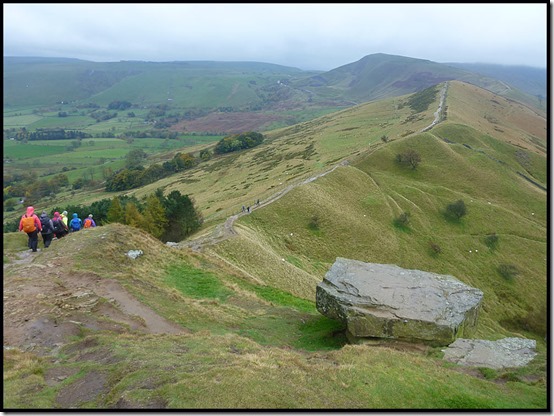 “That’s Edale down there” … “there’s a café” tweeted a canary, concerned about the waterproof qualities of its feathers. 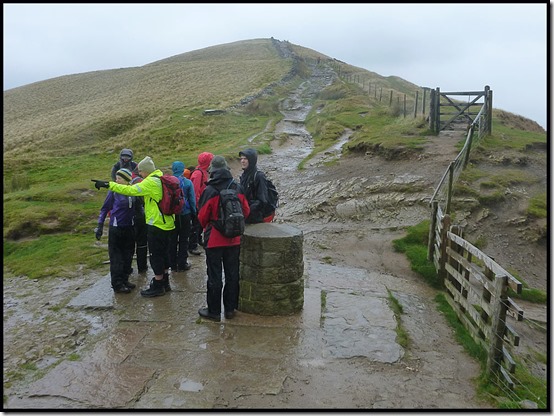 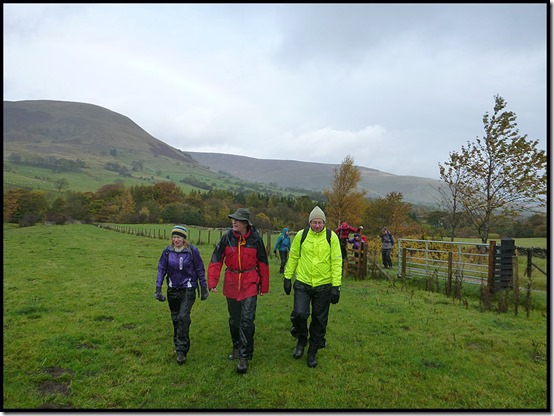 … and in the euphoria of reaching the fleshpots of the excellent Penny Pot Café on the station approach, and its delicious courgette cake, I failed to take any more pictures until our subsequent lunch stop in the lee of a convenient wall beside Chapel Gate. 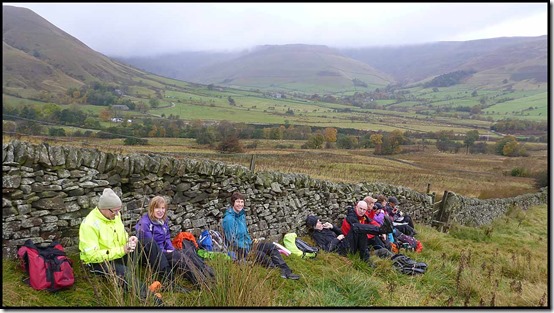 We found a gate, but after several hours (or so it seemed) of searching, there was still no sign of a chapel.

So we wandered along Rushup Edge in the direction of Mam Tor. The conditions were excellent for ‘walking in’ the new boots that Sue and I were sporting, but they weren’t so good for canaries with leaky feathers. 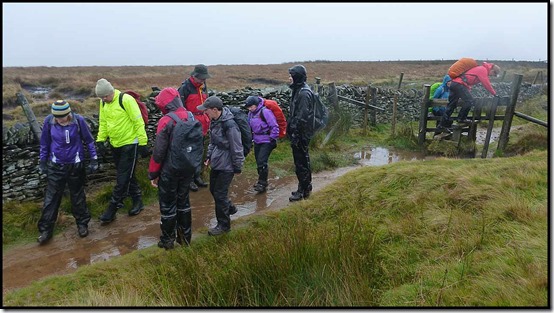 After another tea break (see header picture) we were soon plunging the depths of Cave Dale. Here, many years ago, a river found an underground route, leaving a dry valley with caverns underneath. Then the caverns collapsed making the valley even deeper and gorge-like at the northern end. The Castleton entrance to Cave Dale had a narrow natural arch as recently as 200 years ago, a relic of the roof collapse. So it’s well named. We found caves, but they were barred from entry by plebs like us.

Peveril Castle came into view. It’s a ruined medieval castle with a long history dating back as far as 1086. It’s seen here from the northern end of Cave Dale. It has a rich history. Books have been written. 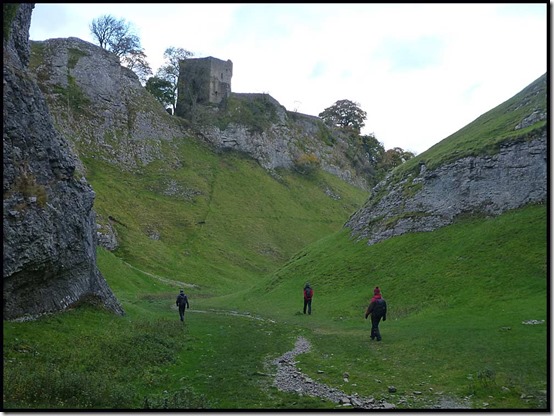 We continued in fine weather through the ambulance littered streets of Castleton to the haven of our private lounge at the hall. This turned out to be a large lecture room with many chairs and cushions but no tables.

Martin S provided tasty roast chestnuts. Despite the ideal room there was no slideshow as my potential victims hadn’t warned me of the excellence of the facilities, so I didn’t have one with me. 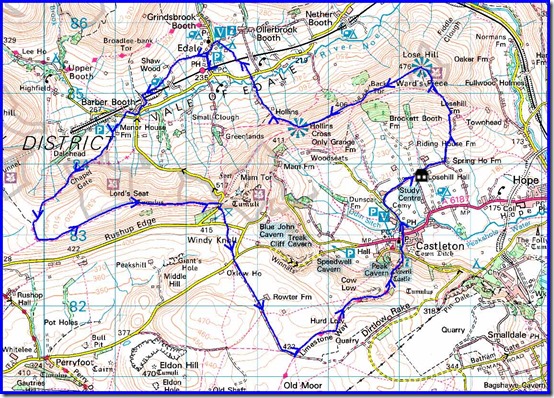 Sunday dawned fine, but Sue and I needed to get back home. We therefore enjoyed just a short walk from the hall. 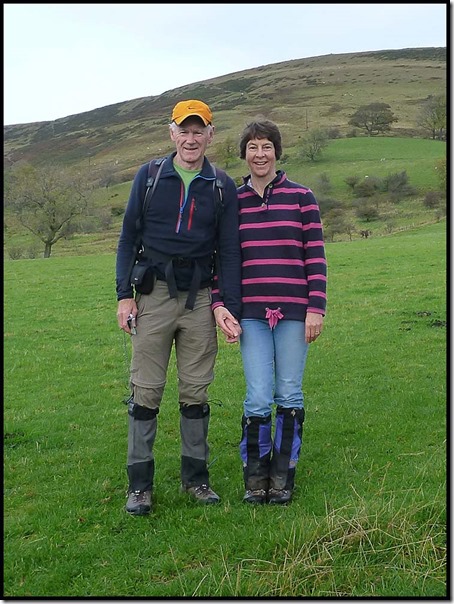 We strolled back up to the Mam Tor ridge, reaching it just below Back Tor. 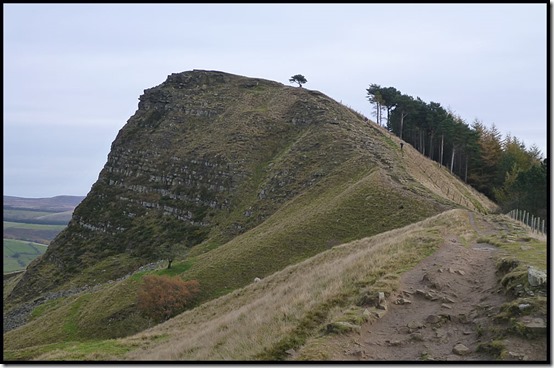 It was a good day to stroll along the ridge. Here’s Sue, with Lose Hill and Win Hill in the distance behind Back Tor. 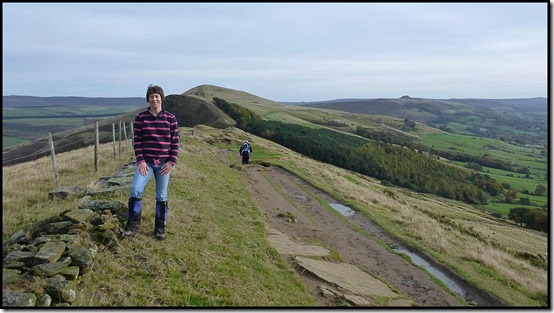 We only went as far as Hollins Cross, from where the view to Edale and Kinder Scout was much clearer than yesterday’s. 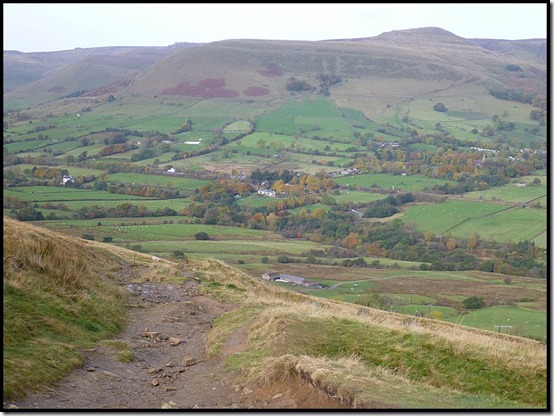 There were lots of runners, and a few cyclists, on the well constructed ridge path today. 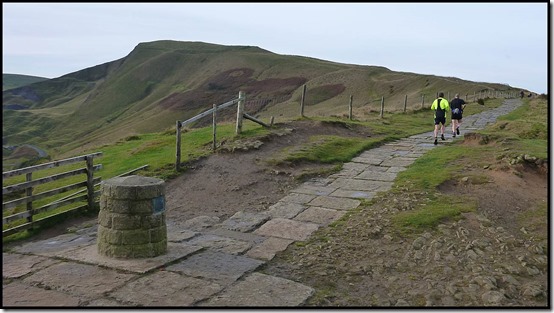 We headed down to do our good turn for the day by shutting the boot of an accidentally abandoned car, resisting the temptation to steal an incumbent Toblerone bar.

Just 6 km with 250 metres ascent, in 1.5 hours. Much better than going straight home though. 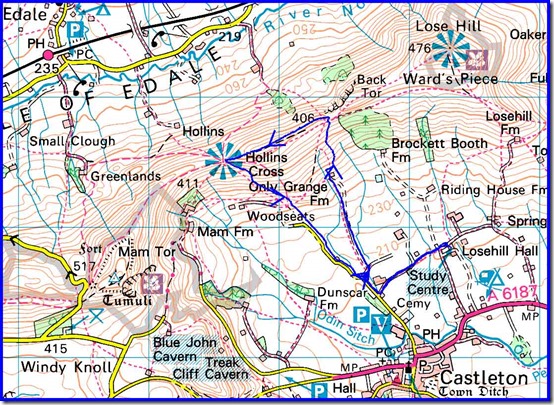 There’s no slideshow on this occasion I’m afraid. Next year, perhaps…

Posted by Phreerunner at 11:55 No comments: