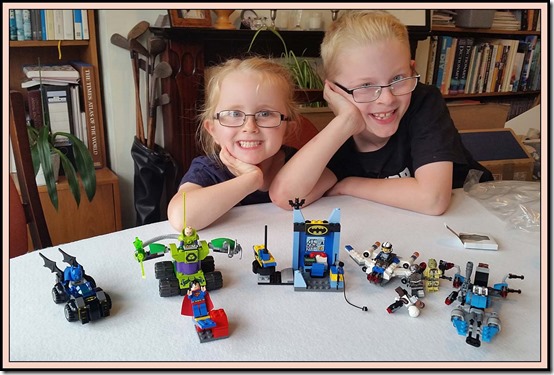 GCSE results dictated a couple of days at work for Kate, so we enjoyed that time with J and J.

I, and others, have given them Lego sets in the past. It transpires that there was no interest in those at the time. But times have changed and they arrived with several unopened boxes of Lego.

Sue and I enjoyed a few hours of assembly, until all that they had brought was done. Some of our vast reserves were then recovered from our loft. Those sets were marginally too hard, the detail in the instructions having somewhat improved in the course of a generation, but I’m sure the archive will be unearthed again in the future. 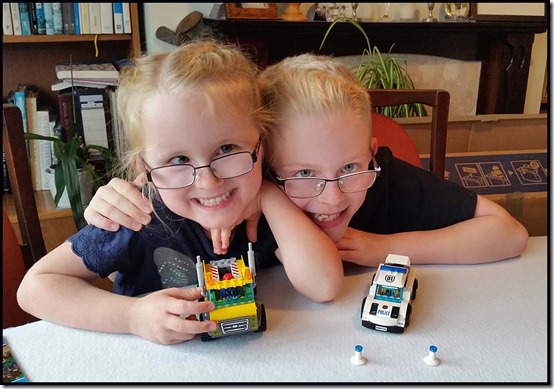 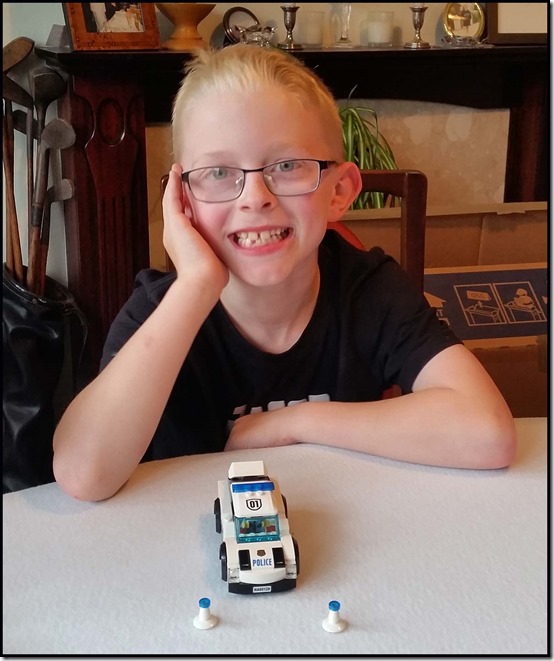 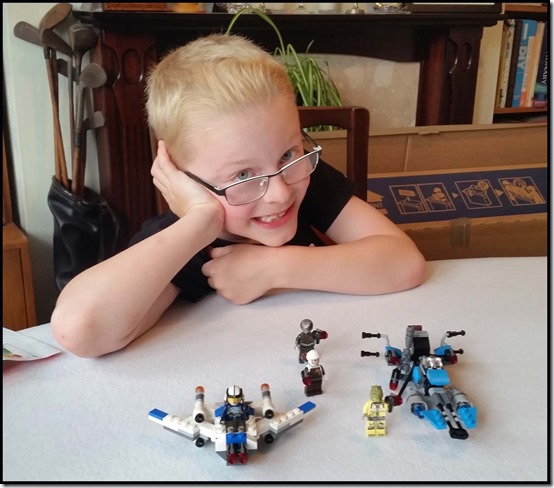 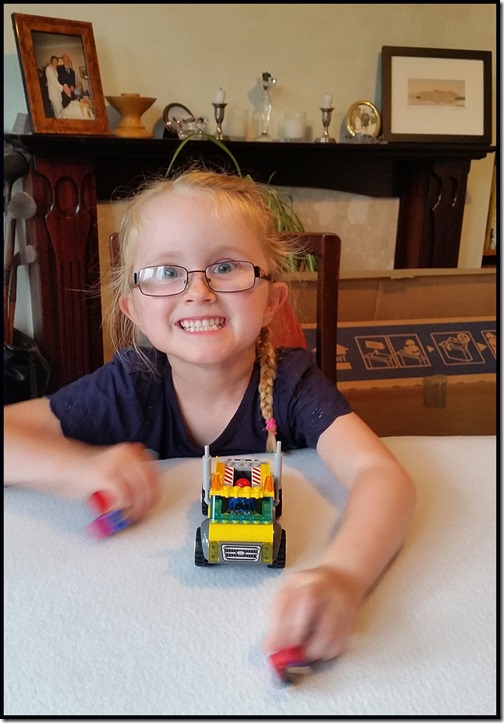 The photos speak for themselves. Jess seems to have constructed more than Jacob, but his models were harder.

They both took to photo-bombing each other’s pictures. 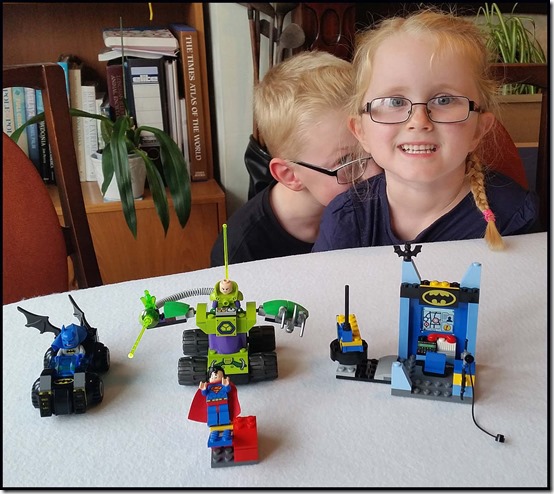 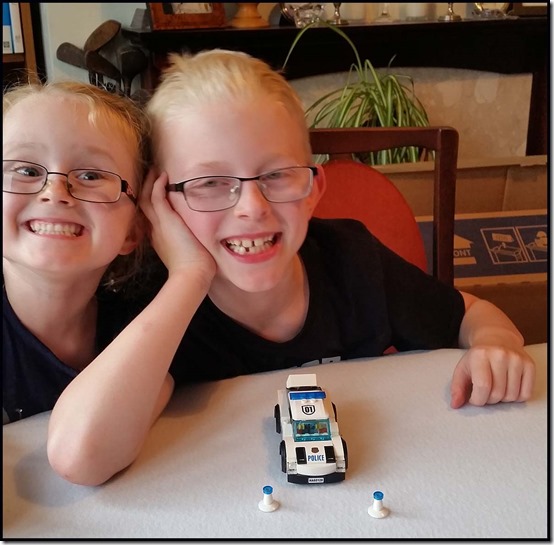 After all that exercise, some chocolate was in order. We think it was a Christmas present from their mum. It’s a wonder it lasted so long! 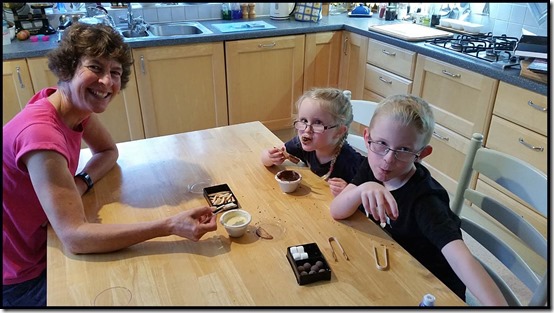 The kitchen table became a gaming zone. Whether on the iPad, iPhone or a card game (we played many rounds of Uno), Jess seemed to get mixed up in the table/chair realm, spending much of the time sitting on the table. 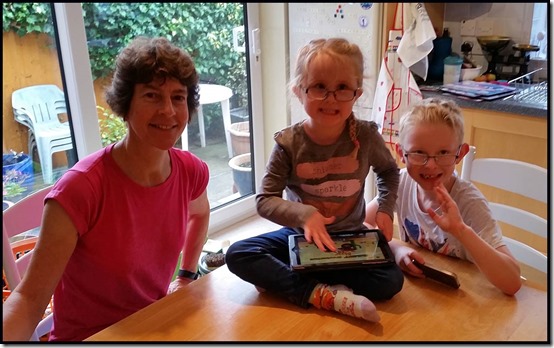 Boules and Frisbee in the park kept them going until dusk, and sometime during the proceedings, in between them helping with some gardening, they managed to produce several trays of cup cakes and a battalion of shortbread.

They slept in the car, all the way home…well behaved children, seen but not heard.

Posted by Phreerunner at 22:29 No comments: 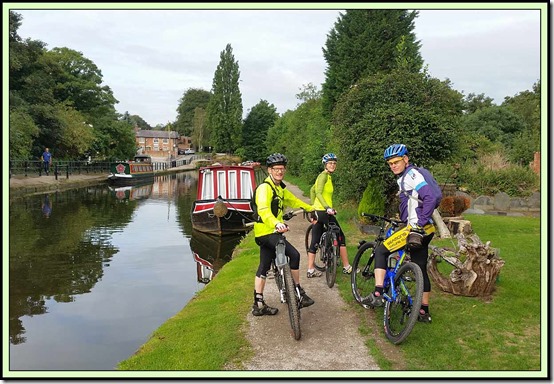 Today Jeanette joined Richard and Paul in meeting me at Seamons Moss Bridge for another 60 km+ bike ride to Phoenix Park and back.

It was a brighter day than last Monday. We all enjoyed the ride past countless herons, swans and moorhens, even more mallards, and a few grey wagtails and other small birds. Thankfully no Canada Geese on this section of canal. 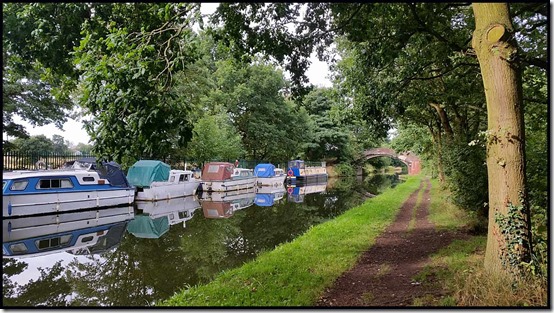 We took the same route as last week to Norton, slightly faster as I could remember the way after just a week. A different route into Phoenix Park saw us passing the landmark of the Urban Cafe, where Paul and Jeanette suffered a jammed chain problem and got a bit misplaced before we all headed down the road and back to the Bridgewater Canal towpath.

Less than five minutes later we arrived at Norton Priory Museum and Gardens, for a long refreshment break. 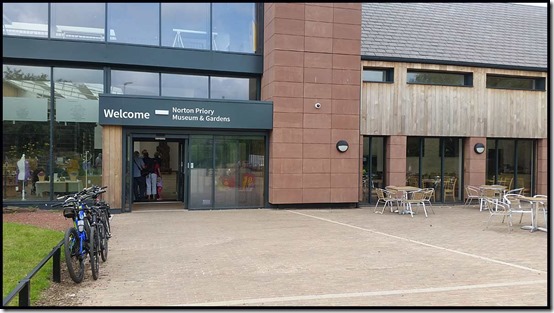 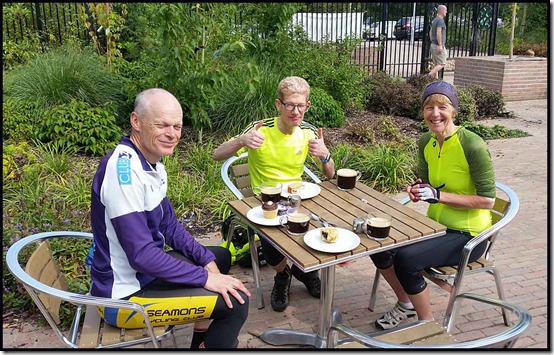 The reception area seems to contain part of the old priory building. As previously mentioned, a proper visit should be made at some point. We found a slight improvement to last week’s route back to the Trans Pennine Trail, but once on the trail we managed to leave it for a while by crossing the Ship Canal by the wrong bridge.

After that it was a simple ride back under the canopy of trees along the disused railway line that often features on these pages. 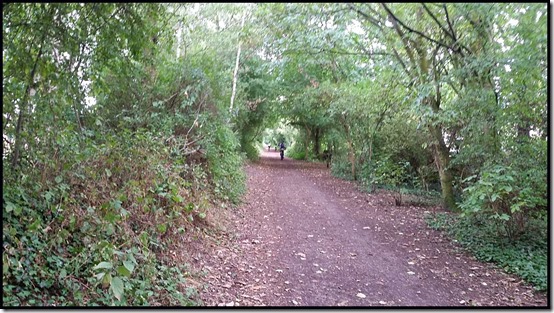 Today my ride took me 62.7 km, with 175 metres ascent, taking 3 hours 42 mins plus stops totalling an hour and 22 minutes. The others took a slightly different route to and from the Seamons Bridge rendezvous. Here’s my route.

Posted by Phreerunner at 18:22 No comments: 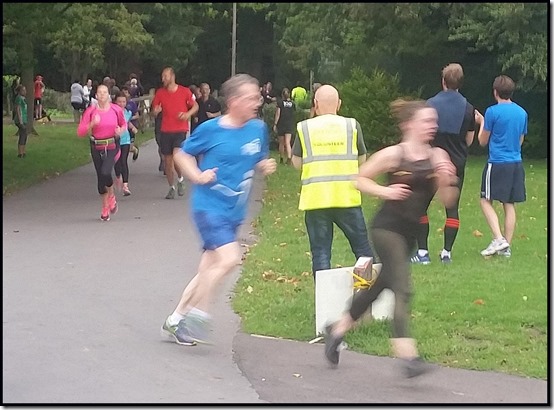 Another Saturday at home = another parkrun. A few pictures here just to keep Dot happy.

Above, Cary fails to outsprint Charlotte to finish in 30.47 in position 178 out of the 287 participants.

Also over 30 minutes, the ‘Breathless in under 32 Minutes’ chatty trio of Sue, Kate and Diana. “We didn’t want to be in the first 200 to finish” they admitted.

However, around the last corner only Diana seemed to be focused on finishing in anything other than an undignified blur. 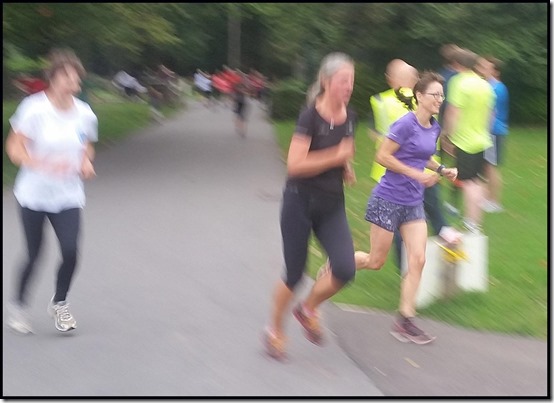 A little later, in 53.33, Mark (aka Syd), and ‘Tail Walker’ Neil, strolled home in position 286 in search of the last brownie. Luckily for Syd (and as he had placed the order) there was one left for him. 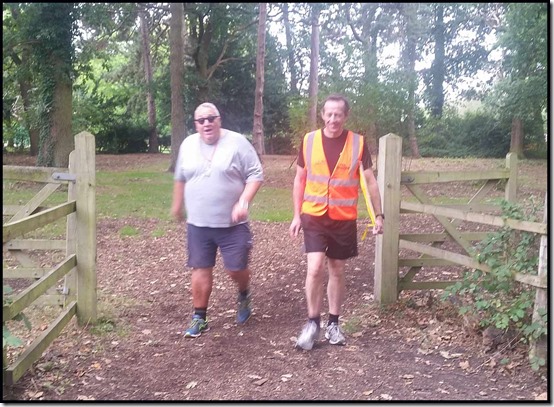 With no root canal treatment scheduled this week, I was able to enjoy a warm down mile with ‘Fast Michael’ and ‘Even Faster Jackie’ whilst my coffee (thanks Paul) cooled down in the Courtyard.

As always, a great way to start the weekend. Full results here.