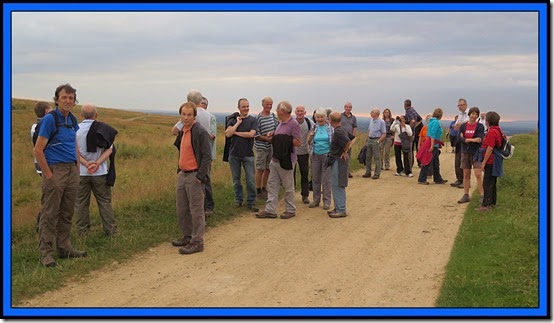 Last night’s walk with SWOG from Nelson Pit Car Park in Higher Poynton was another well attended affair, with 31 folk turning up to enjoy the walk, and then a beer or two at the Boar’s Head.

Pete (more by luck than judgement, I think) contrived not to lose anyone, though I’m not sure whether he counted the arrivals at the bar at the end of the walk.

There were good views over Greater Manchester to Winter Hill, and over the Cheshire plain to the Clwydian hills. Just a bit far away for a picture – though the Welsh hills are hidden in the background of the above picture of some of the group as we meandered at a relentless pace through Lyme Park.

Autumn seems to have arrived early near West Parkgate, where the next picture was taken. 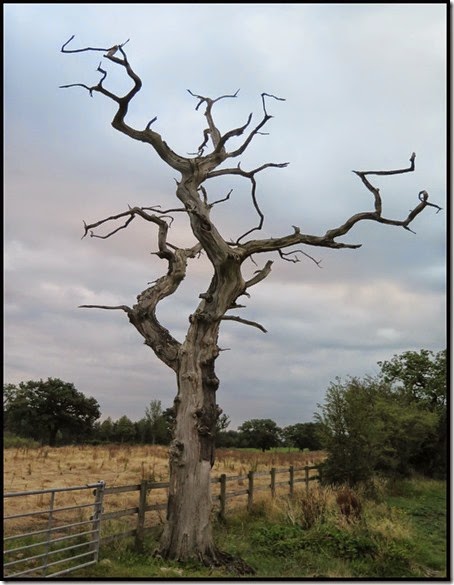 A route through fields took us to the pleasant towpath of the Macclesfield Canal, where dusk was falling by the time we got back to Higher Poynton. The mallards had their pyjamas on, and one was touring the canal with two very young chicks. I think they have several broods around here as there’s a high population of hungry herons. 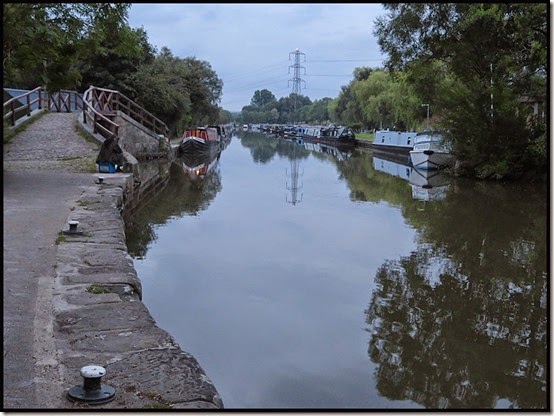 Here’s the route according to my Garmin gadget – 7.6km with 150 metres ascent. A very pleasant outing if you have a couple of hours to spare. 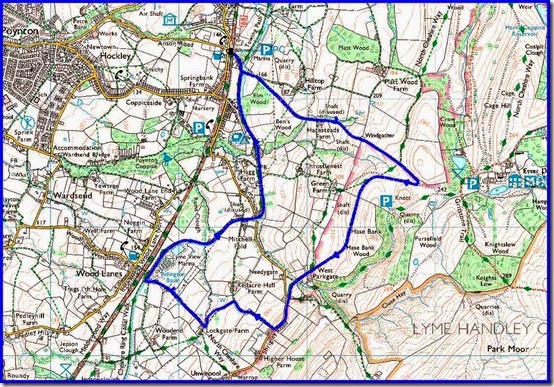 During the course of the evening Sue and I were nobbled by Chris to do a slideshow at Hazel Grove Civic Centre -  ‘Hut to Hut and Day Walking in the Dolomites’ – 8pm on Wednesday 22 October. We hope to see some of you there.

Time to download some of the holiday photos we’ll need for that, perhaps…

Posted by Phreerunner at 22:40 No comments: 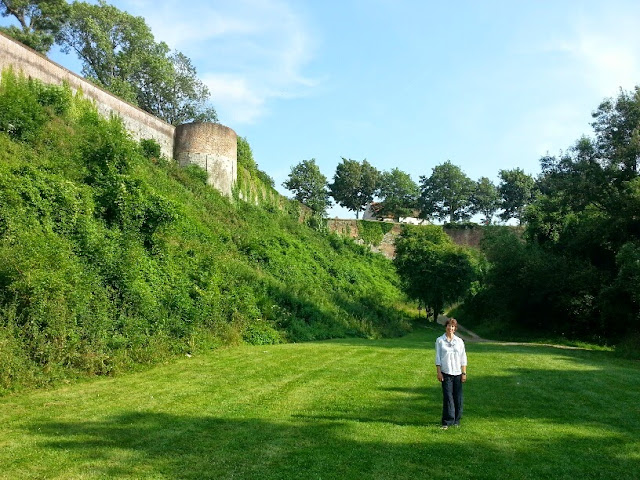 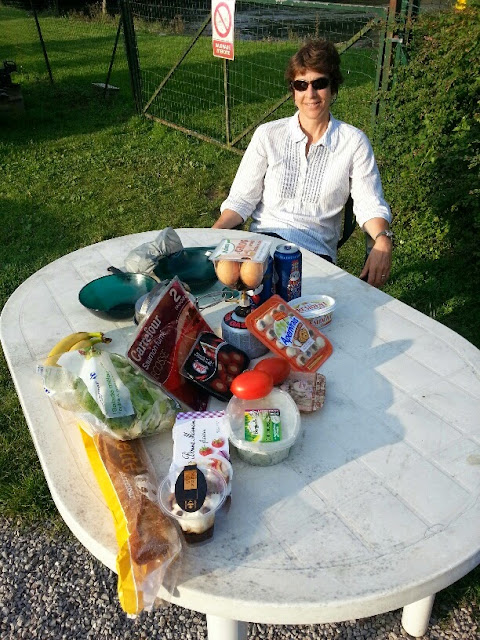 Another lovely day for the final stage of our journey home.

Yesterday our passage along tree lined roads was interspersed with periods during which we passed through forests of huge, silent white structures in fields of corn, looking like defeated relics from a War of the Worlds battle scene. Perhaps it's time to demolish these monstrosities that tower over the old water towers.

In this morning's soft light the static monsters appeared to morph into the fog, which vaporised as we approached Calais.

Then the tunnel, and the rigours of the M25, before an easy last stage to Timperley.

Last night we enjoyed a further exploration of Montreuil - Sue is pictured on our walk around the outside of the town walls. A portal led into the town, where every street seemed to house restaurants. Decisions! After a couple of laps around town we were no closer to finding somewhere that we felt would match yesterday's lunch experience. So the supermarket won the day, with some very tasty fare that was consumed in the last of the sunshine on the campsite, after which we showed Carl and Ootie, from near Stuttgart, the interesting route to town from the campsite. The path runs inside the walls for a short length.

On return to Timperley we found the garden in fine fettle, and the house probably the cleanest it has been since Sue bought it. Thanks go to P&P for looking after it so well whilst we've been away.

And I was right that watching Lewis Hamilton was more interesting than reading this will be.

That's it for this trip. The book will be out in September. (Haha!)

Back to Index
Posted by Phreerunner at 22:35 14 comments: