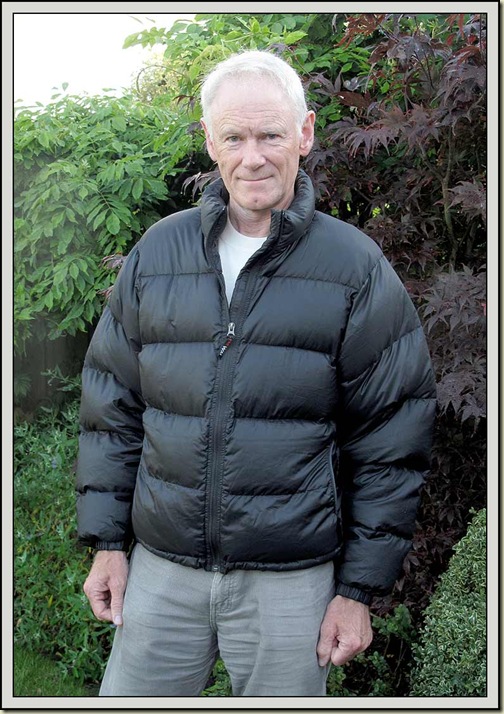 I felt I needed a lightweight insulated or down jacket for an Alpine trip involving long afternoons and evenings in high mountain refuges that I know from experience can be quite cool when the weather isn’t sunny.

Gareth at Webtogs suggested that I could review one of their wide range of down jackets, a North Face Nuptse jacket . This is undoubtedly a fine jacket, but at nearly 800gm weighs almost as much as my tried and tested RAB Summit winter jacket that still has many years of life but is too hot and heavy for a summer trip to the Alps.

I’d hankered after a RAB Xenon Primaloft (synthetic) jacket, which comes in at just 340gm, but Webtogs don’t stock it, nor do any of the outdoors retailers in Manchester or in Hathersage, so far as I could ascertain, so I couldn’t even look at one.

Another product that I was attracted to was Western Mountaineering’s ‘Flight Jacket’, a high quality goose down jacket weighing in at just 330gm, and available from Webtogs, albeit for nearly £220.
“We are discontinuing that line” remarked Gareth, after waxing lyrical about the quality of the product, “but I can do you a good deal on one”. I noticed that the jacket had just one review on the Webtogs website, compared with many reviews of the Nuptse jacket, and as Webtogs are actively marketing Western Mountaineering’s (no doubt excellent) sleeping bags, perhaps the demand for the Flight Jacket, given its price, just wasn’t there.

Anyway, I got Webtogs’ last medium men’s Flight Jacket and took it off to the Alps. Where the sun shone, so it wasn’t really needed. But I did use the jacket, and here’s what I thought of it.
First impressions were of a light, well made jacket, with no ‘bells or whistles’. A label indicated that it was made in Canada, from ‘the finest large cluster 850 fill power goose down from Eastern Europe’. [‘Don’t they have geese in Canada?’ I wondered!] Apparently it has a minimum of 90% goose down, a shell fabric of 100% polyester or nylon, and a 100% nylon lining fabric.

The jacket has two hand warmer (no zips) pockets, but that’s it. No hood. No stuffsack. Not even any external labeling- you have to look inside to discover who made it (I like that).  My pockets now have contents to remedy the omissions – a small stuffsack in one pocket, and a buff in the other, as I can envisage wearing the jacket in conditions where a hat of some sort, eg a buff, will be desirable.
There’s more technical stuff below, but what about my experience of wearing the garment? I used it to wander around some high (3000 metre ish) Alpine huts after dark, and the buff was handy as it was cool. I was glad not to be wearing the jacket for more than a casual wander though – I would have overheated in no time at all.

The cut is fairly short, as can be seen in the picture below, and Western Mountaineering do observe that “a certain amount of durability is given up in order to manufacture a garment this light. The fabric we use in our Flight Series jackets and vests is extremely light and does not have the tear strength or abrasion resistance as other fabrics.” 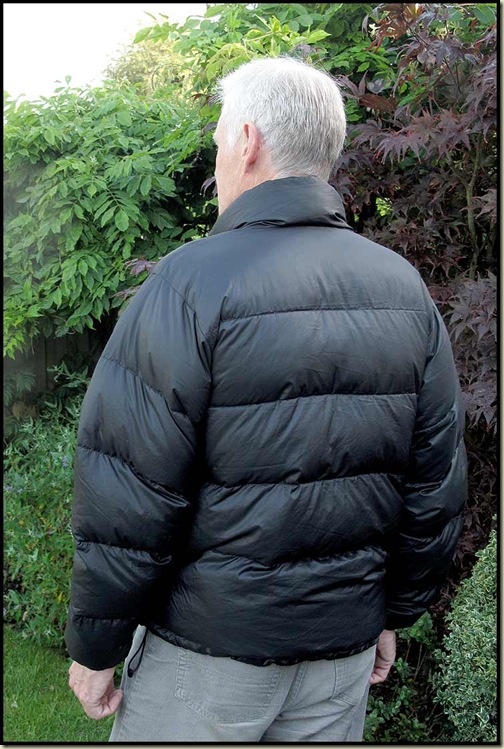 So that’s clear – a quality piece of kit that won’t stand too much abuse – we know where we stand, then!

This is a jacket that I’ll use a lot. It’s light enough, at well under 400gm including stuffsack and hat, to carry in any winter day sack, and can be compressed into a very small space if necessary. It feels light, but not too flimsy, so I hope it has a modicum of durability.

I’ll report again in due course on its longer term performance, and perhaps Gareth, from Webtogs, will either comment on this posting or let me know what his best alternative to this jacket, other than the rather heavier Nuptse, may be.
Here is some more technical stuff, together with my comments: 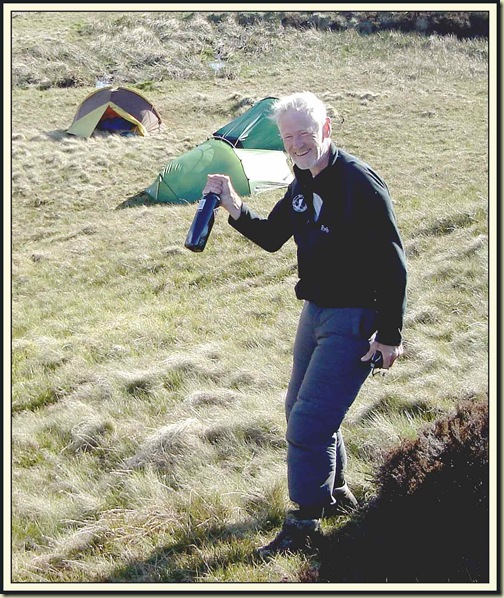 It was a pleasure, a few days ago, to receive the October (!!) issue of the splendidly revamped TGO Magazine.  It includes an entry form for next year’s Challenge, which will be held from 11 to 25 May 2012, and short reports from ten of this year’s challengers that provide a flavour of the event.

“Hello Martin” exclaimed Markus as he set out purposefully from Culra Bothy on a wet and windy day in search of a sheltered spot for his tent, “that must be ‘Poor Michael’” – he pointed towards my bedraggled companion who was approaching the bothy.

I hadn’t seen Markus since cycling across the Alps with him last summer. He’s normally the only Challenger from Austria, but this year was joined by his sister Silke.

My companion, ‘Poor Michael’, was a first-timer like Silke. We were all searching for a sheltered spot for our tents.

“We don’t do bothies”, we all agreed. All four of us prefer the warmth and comfort of our tents.

“I’ve found a good sheltered spot for tonight” I confessed.

I’d discovered the back room of this well maintained bothy.

So we installed ourselves, shortly to be joined by a rare species – Stefan, a German first-timer who had set off from Oban with a 24 kilo load. Today he arrived via the Munro, Beinn Bheoil, where he reported “the wind was worse than the wind that I experienced at the North Cape!”

My marginal decision to bale out of a five mile ridge walk had been justified.

We maintain regular contact with people like Markus, Silke and Stefan. We visit them. They visit us. There is great camaraderie amongst TGO Challengers. I know that anyone can walk across Scotland at any time, a point often made by non-Challengers, but even on an obscure route where few or no Challengers are encountered, the camaraderie remains. Life-long friendships are forged. Like-minded neighbours in towns across the UK discover each other and enhance each others lives.

It’s a simply wonderful event, sensitively organised by a team led by Roger Smith over the years, and now passed into the capable hands of John Manning. 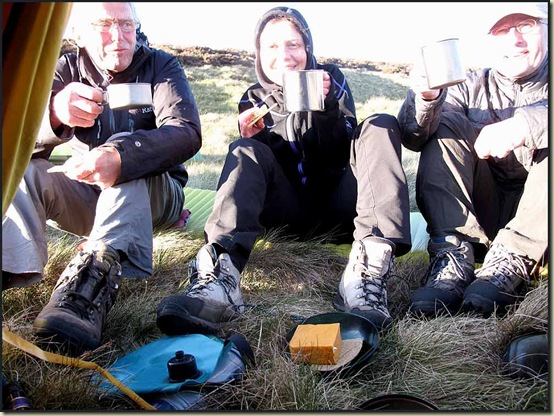 The header picture was taken by Roger Boston on 24 May.  He had noticed me rummaging in the undergrowth, GPS in hand, after our 30km stroll from Ballater to Water of Aven, and recorded my delight in locating some ‘Medical Supplies’.

‘Poor Michael’, Roger and I were later joined by Silke and Markus for a cheese and wine party in the bright evening sunshine at Water of Aven.

Such are the happiest of days.  Here’s what I wrote at the time.

Next year I hope to get Sue, the ‘Shortbread Lady’, on the Challenge again, but as she can carry only a light bum bag these days, the planning may be quite demanding in itself.

Alan R – coming?
Ethan – you would enjoy the Challenge! 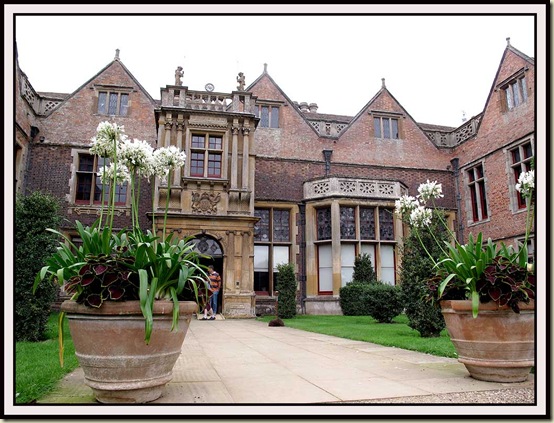 After last year’s successful visit to Charlecote Park, attended by 52 members of Sue’s family, by popular demand the usual biennial arrangement was scrapped and another visit was arranged for this year.  Whilst a few couldn’t make it, for understandable reasons such as essential harvesting on Bec and Charlie’s farm, 32 assorted family members and hangers on did enjoy an increasingly sunny afternoon in the park. 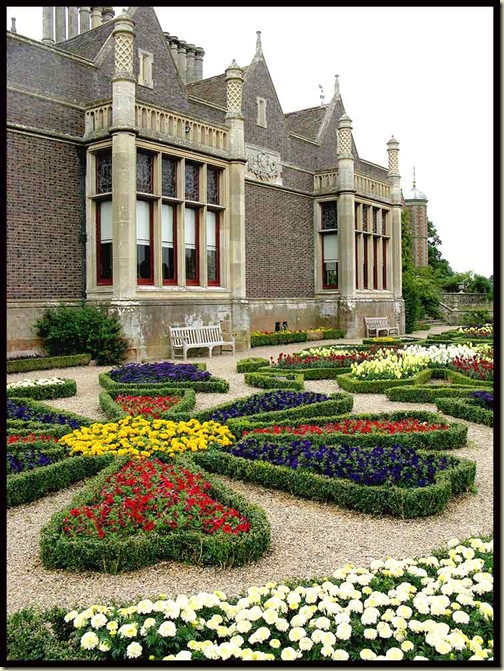 Sue and I wandered around the house before others arrived.  It’s an interesting place.  Here’s a window from inside the Great Hall. 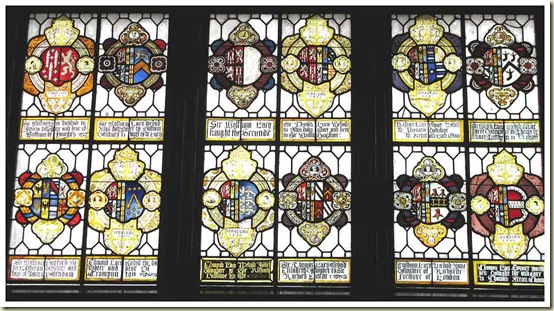 We enjoyed a sumptuous picnic and an assortment of ball games, before the arrival of a large herd of Fallow Deer, following which we were asked to desist our noisy game of rounders as “it may frighten the deer and stop them coming to this part of the grounds”.

They looked happy enough to me… 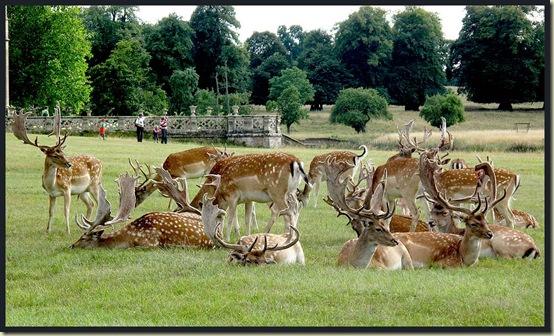 Anyway, the deer couldn’t put a stop to a family photo. 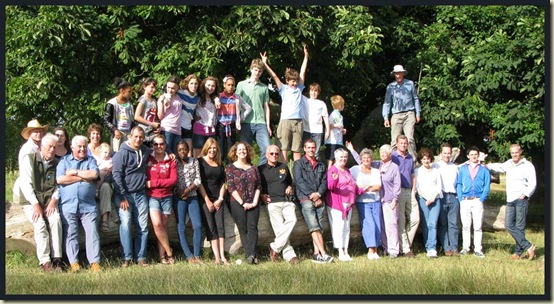 There’s a slide show that has been sent to family members – let us know if you want that particular link.

We first went to Charlecote in 2008, after various other biennial venues in earlier years.  Charlecote seems to be in a satisfactorily central position and is ideal for picnicking and (subject to the deer) ball and other games.

Thanks everyone for coming, and we hope to see you all again next year.

Posted by Phreerunner at 15:35 No comments: 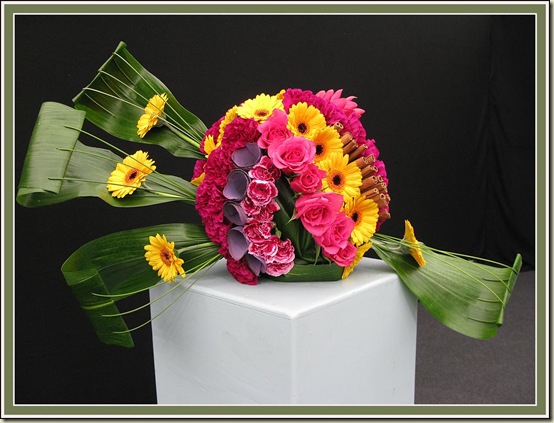 Sue and I spent Friday at Southport Flower Show.  A very pleasant day out.  It’s still on today.  Whilst many were complaining about prices – nearly £50 for two people to park and enter – I wasn’t.  I had just returned from Switzerland….

This garden quite took my fancy… 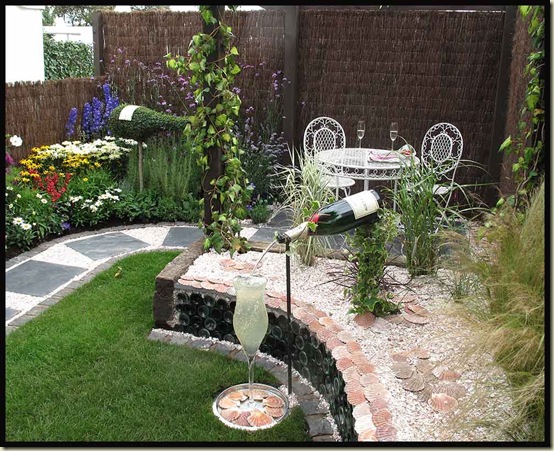 The theme of the gardens seemed to be flowing water, whether from a bottle, fountain, or in this case a simulated stream. 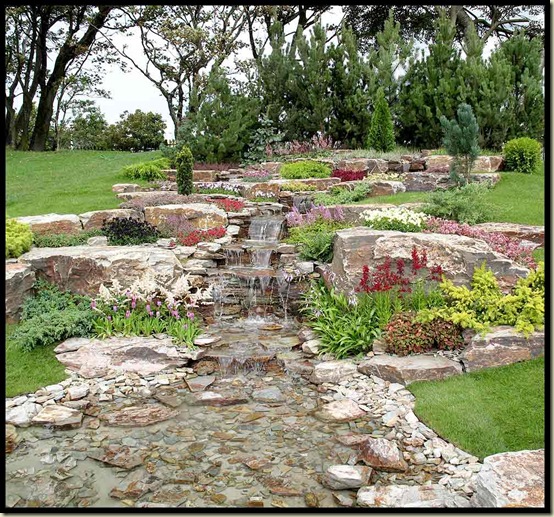 There were a number of gardens and displays that had won accolades, but were deserted.  HMP Kirkham isn’t far away and seems to keep its inmates occupied in the gardens, which must have high walls, as no stripy shirts were in evidence. 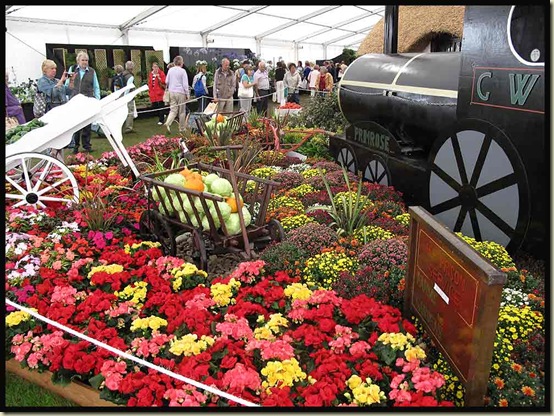 Sue took quite a few ‘flowery’ pictures, of which three are included below, and one prize winning display is in the header.  A few more images – mostly Sue’s – can be found in the slide show – click here. 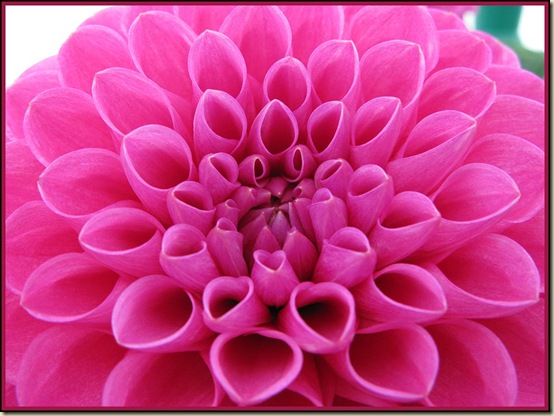 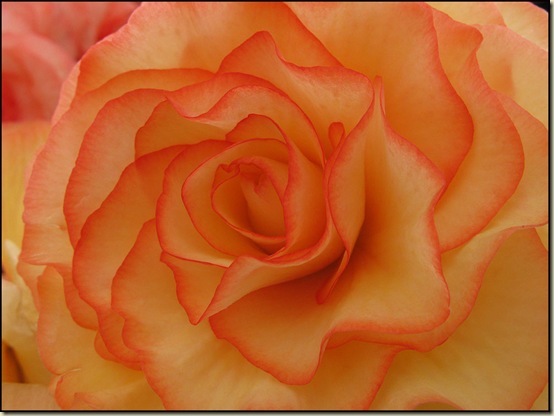 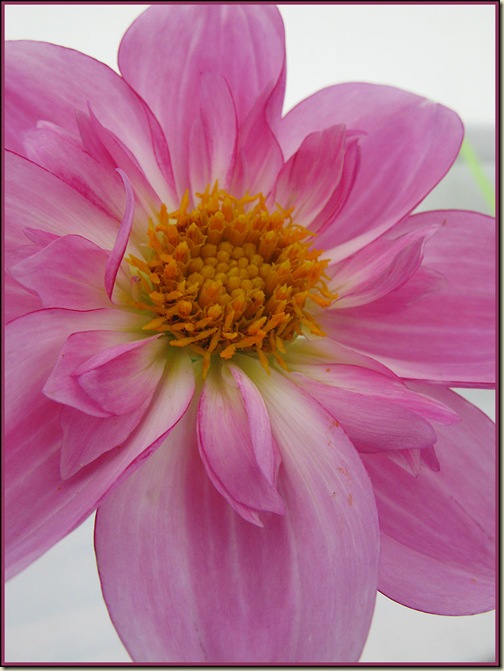 If you get fed up with looking at gardens and flowers, there’s always a good jazz band in front of which to chill out.