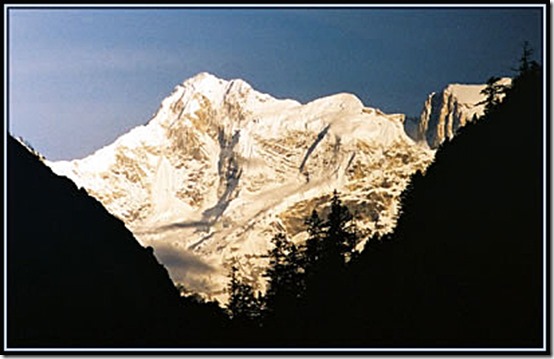 OK, clever clogs (Gayle and Conrad), the name of the mountain (seven letters) is what I’m looking for, but you can name the place where we were camping if you like.

Happy days, and a test of your IT savvy!

Where am I Today? 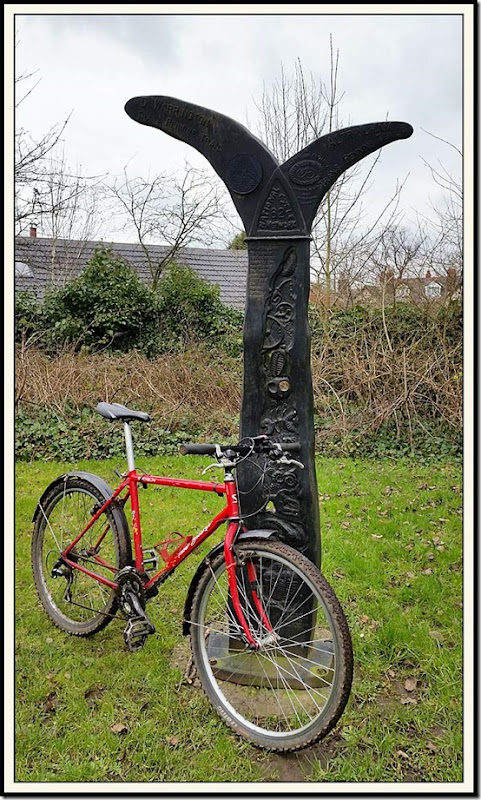 I’ve swapped the snow of Ottawa for the sleet and bitter NE breeze closer to home. But where exactly am I today?

Here’s a detail from the milepost. 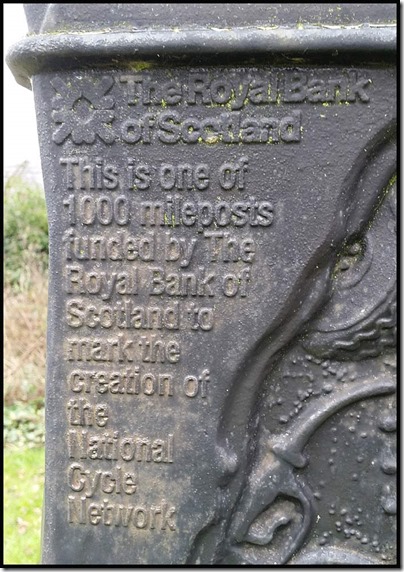 Labels: Bike rides, Where am I now? 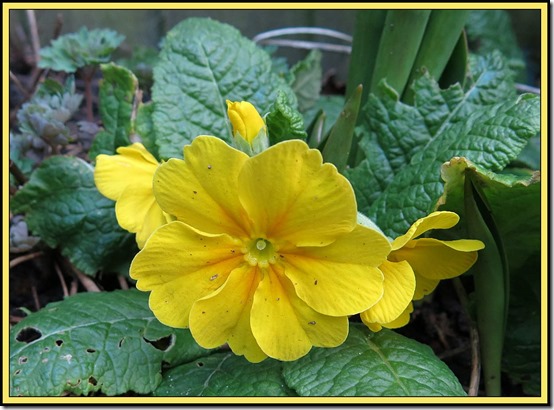 When we were in Canada the weather was great for our purposes, but it’s often a monochromatic view over there at this time of year.

Back in Timperley, Sue took this picture of a Primula in our garden to prove to Helen that February in the UK does at least enjoy a bit of colour. I’m sure there’s lots of it in Dunham’s Winter Garden. 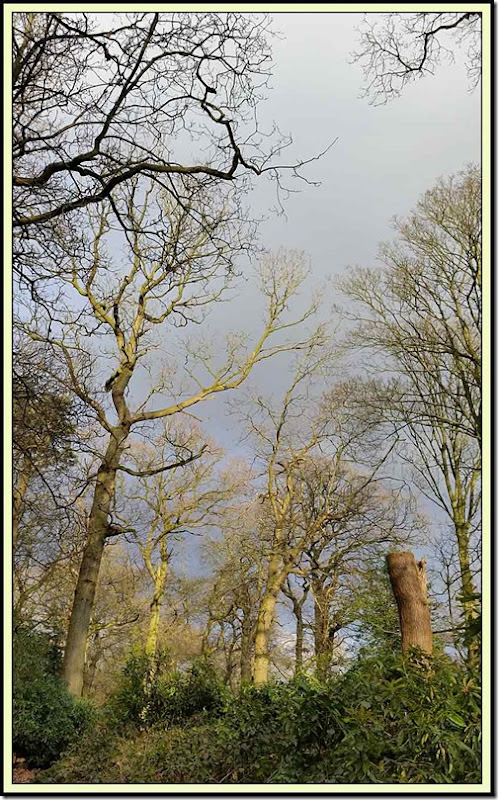 After a sleepless journey home, a bit of fresh air found me enjoying Dunham New Park’s greenery in balmy Altrincham.

At least the sleepless night enabled me to get up to 20% in Ken Follett’s ‘The Pillars of the Earth’ (quite a long book), having already finished ‘The Girl from the Tea Garden’ by Janet MacLeod Trotter and Patrick deWitt’s excellent book, ‘The Sisters Brothers’ during the ‘beach holiday’. 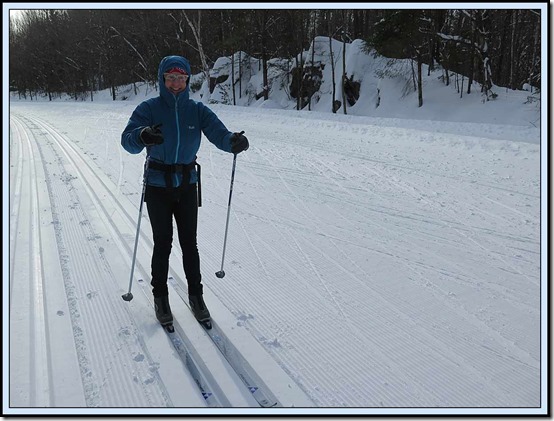 For our last outing of this trip, Sue and I chose a bit of good exercise around the easy, anticlockwise, Parkway loop from P8.

It was cold and sunny. Just as we like it. The trails were quiet.

After more than two weeks, we saw our first grooming machine – of the larger variety that they use on the Parkways (perhaps there is only one of these machines, plus several smaller ones). 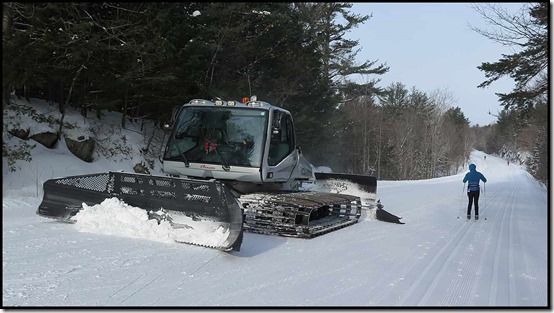 On Champlain Parkway we passed this huge sheet of ice. 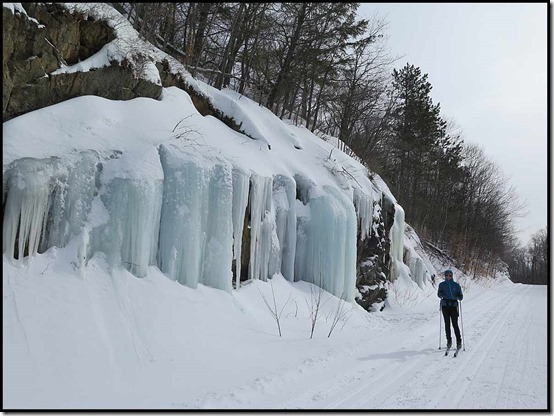 That’s it for now. We are due at the airport shortly. No doubt the Bridgewater Canal may feature in the next posting…

Au revoir from Ottawa and many many thanks to Ken and Helen for putting up with us for the last couple of weeks.

Posted by Phreerunner at 20:24 No comments: 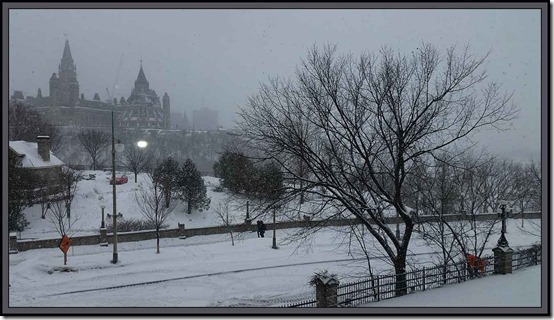 Today was overcast, with snow flurries. A good day to take a rest from skiing.

Helen, Sue and I (in between games of Boggle and Rummikub) ventured into town to the National Gallery of Canada, where there were three exhibitions to attract us.

The first was a large exhibition of the art of Alex Janvier, a native Canadian artist. His abstract artwork, much of it in a circular format, was very striking. 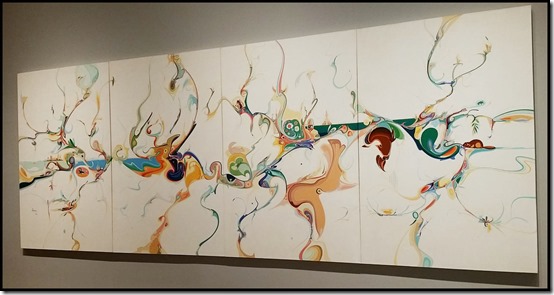 After exiting this exhibition we moved upstairs to the following view towards the Parliament buildings. 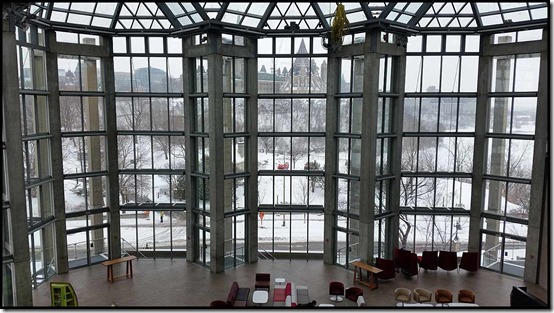 The second exhibition was of Josef Sudek’s photographs, mostly of portraits or ‘still life’, taken around Prague. Interesting. Many pictures were taken from his studio in the dark days of Nazi occupation.

Then there was a selection of photographs from the archives of the Globe and the Mail newspapers, portraying an ‘Archive of Modern Conflict’ from a Canadian viewpoint.

The cafeteria then called, from where we observed (I’m reluctant to say ‘admired’) a ‘Majestic’ sculpture outside the window. 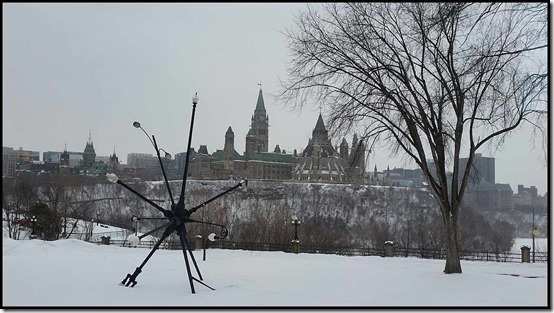 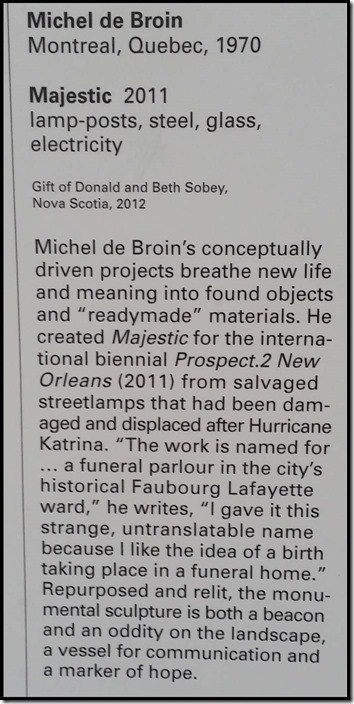 Then it was back home for the usual routine – G&Ts and tonight, pork tenderloin.

Posted by Phreerunner at 23:43 No comments: