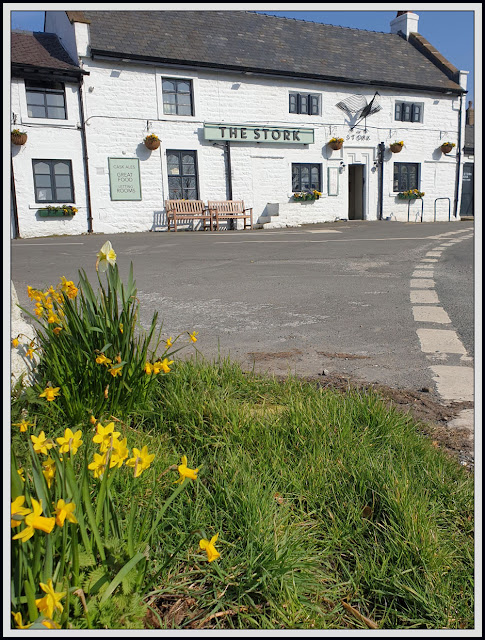 This second go at one of Mark Sutcliffe’s walking routes in Lancashire took place whilst I was waiting for Kate to complete some on/off chemotherapy. In the end she had a week off due to concern about a tinnitus side effect, but by then she had been hydrated for two hours, and I arrived back at the moment she was discharged.

It was a lovely sunny morning as I parked opposite the Stork. Alternative parking is available, perhaps at a price in Glasson, but also at various spots along the route, such as Bank Houses.

I set off with a group of four, the only people I saw during this walk, but they left my route before I crossed the coast path footbridge and headed towards Glasson beside the Lune estuary. 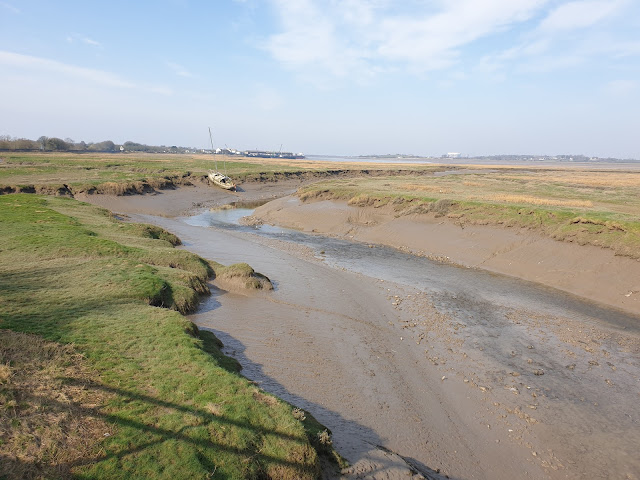 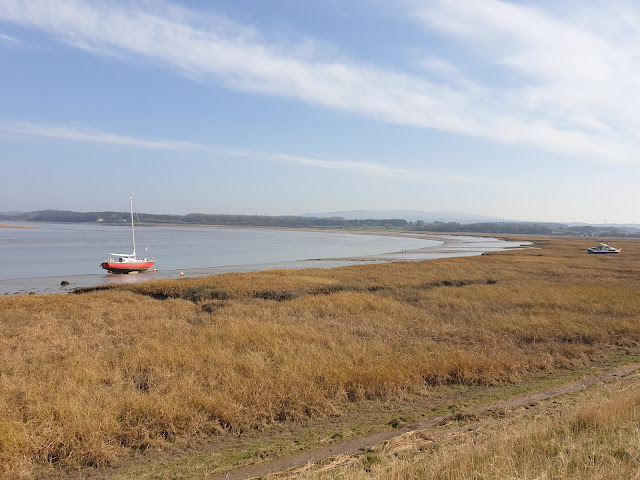 Glasson Dock was a quiet spot today despite the presence of a pub, tearoom and ice cream/snacks stall. 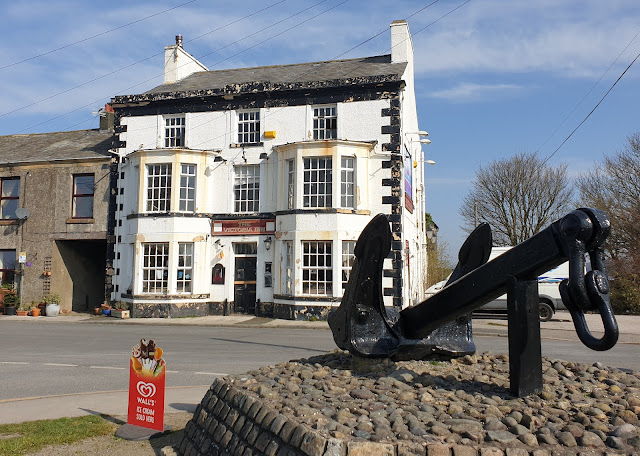 A convenient bench allowed me to pause to break into my own flask and snacks, in front of coots bobbing in the marina. 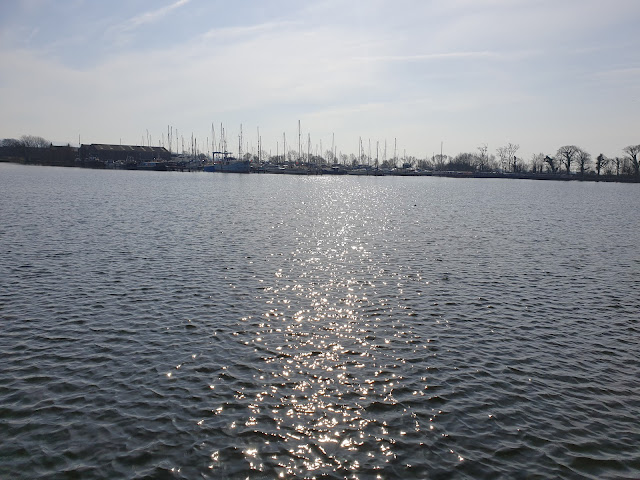 Tithe Barn Hill, just beyond Glasson, is a recognised viewpoint, with benches and topo plates. The lovely spell of weather was accompanied by hazy conditions, so I couldn't see much further than the Victoria Abbey Lighthouse, though I did try to get some photos.

A bridleway lined with lesser celandine and daffodils led me to the coast by Crook Farm. 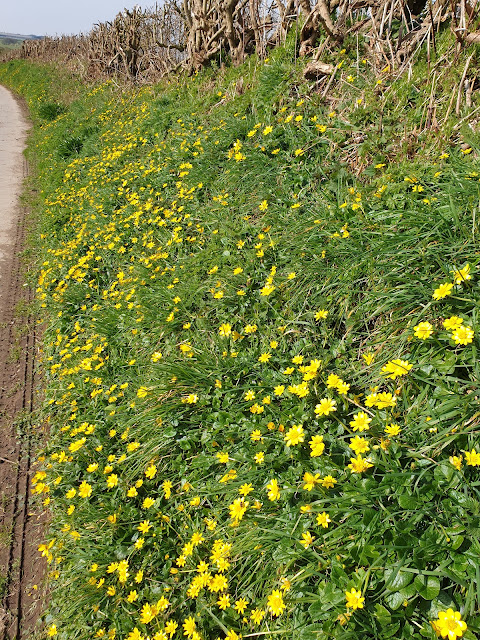 At the start of the bridleway I picked up the signs for Norman Thomas's 'Breath of Fresh Air' walk - an excellent outing, recorded here. 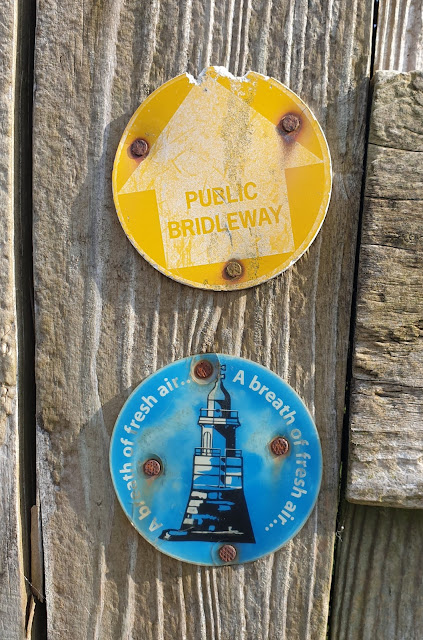 The walk beside the estuary slowly drew me closer to the lighthouse. Mark tells his readers that the elegant octagonal stone structure originally formed the lower of a pair of lights indicating the entry to the main shipping channel up the Lune estuary. Apparently the taller light was decommissioned in the 1980s, but this light on Plover Scar remains active despite being damaged by an errant ship in 2016. 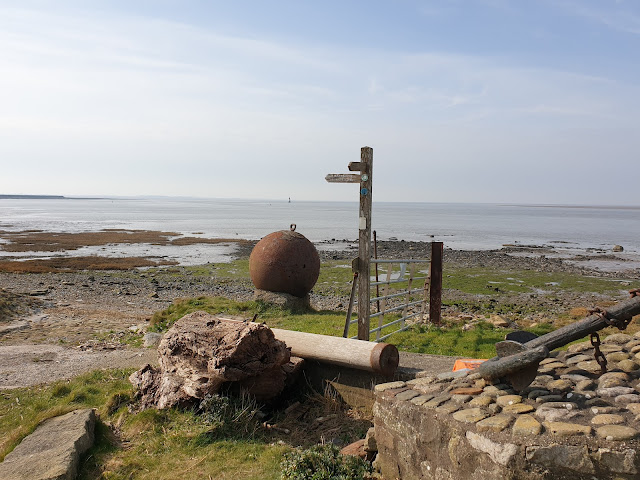 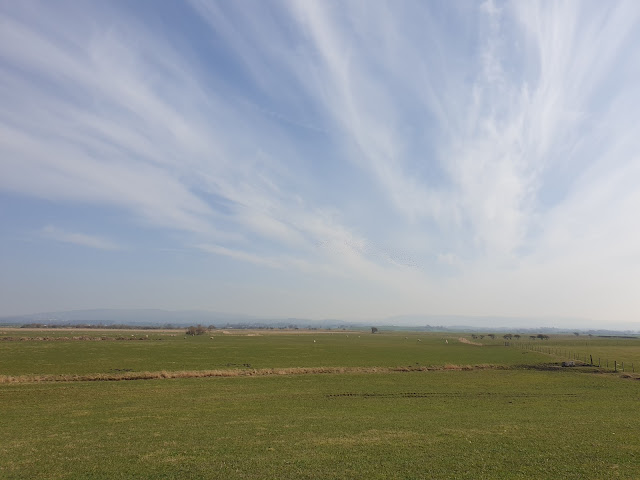 A view to the Dales from Cockersand Abbey on a hazy day
The site of Cockersand Abbey was soon reached. There's little left of the 12th century Abbey and hospital, apart from a meticulously preserved vaulted chapter house. 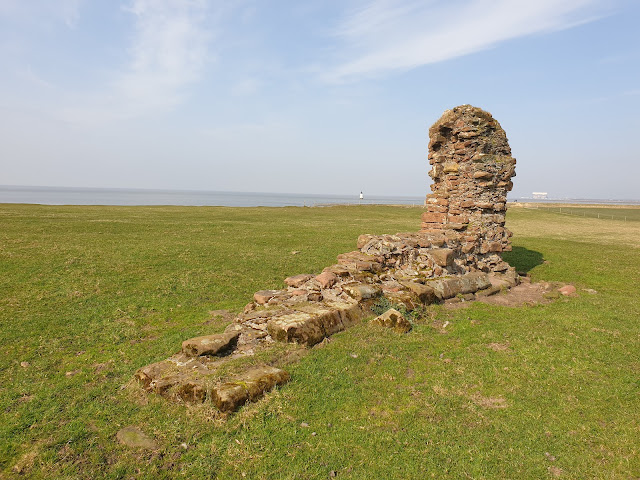 Joined now by a variety of sea and estuary birds - vociferous among which were oyster catchers and plovers - I made my way past more of the caravan parks that litter this area, to Bank End Farm, where a comfortable bench provided a fine venue for another break, in front of bobbing wagtails.

Mark describes his route as 'down the farm lane', but that had some deep puddles and the stroll along the embankment for a kilometre was an easier and more scenic option.

Another bridleway took me to the right of Thursland Hill Farm, where riff raff are discouraged and a vague path through boggy ground next to a field occupied by swans, led eventually to the main A588 Road.
Crossing the road to walk down the driveway of Thurnham Hall, I admired more daffodils and headed around the front of the hall to a car park from which a metal kissing gate broadcast my route. 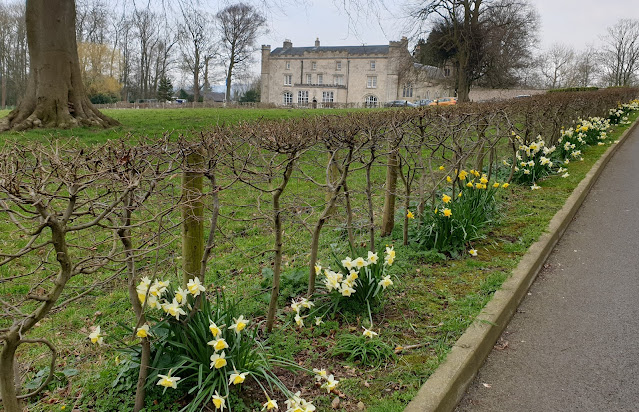 I went wrong here, by keeping to the right and finishing up at a canal bridge by a lock, where I joined the towpath. 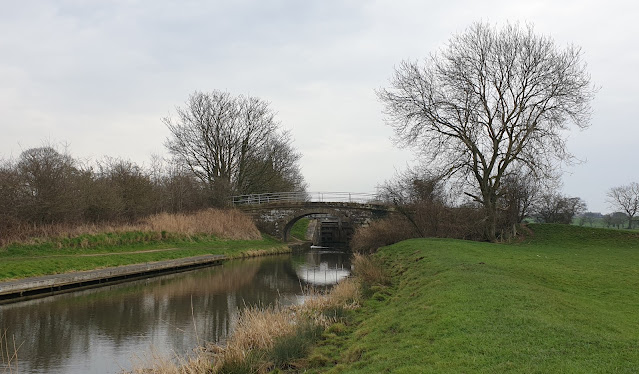 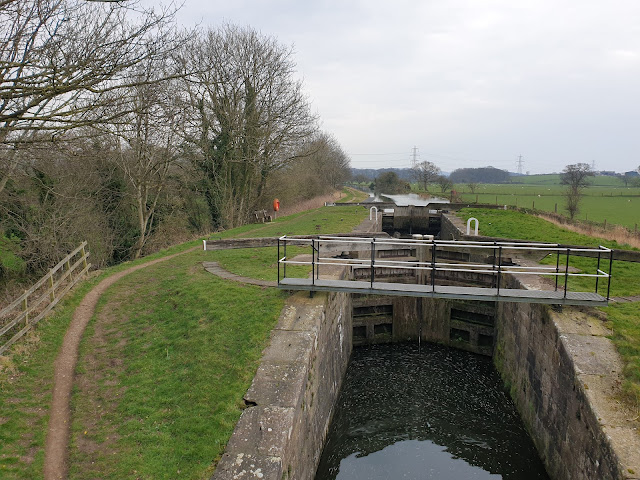 I should have left the car park and followed a wide green lane up a hill to another metal kissing gate, from where a stroll across the field would have seen me at the next canal bridge, number 5, from where the towpath can be joined via a steep path to the left or a gentle route to the right. 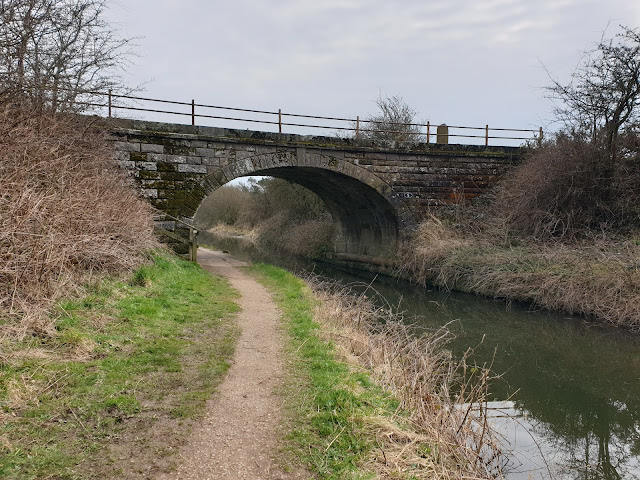 A hotel, The Mill at Conder Green, was soon reached, from where it was an easy walk back to the car and thence to a hydrated, but not chemo'd daughter in Preston. 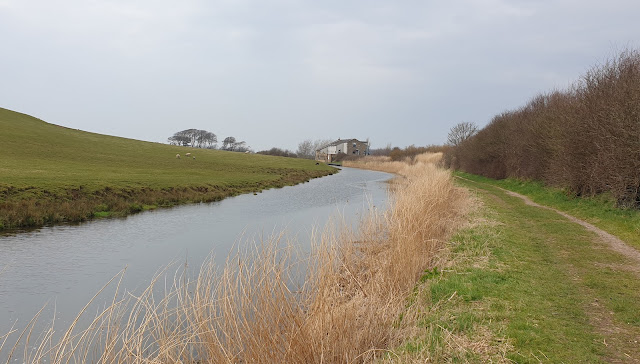 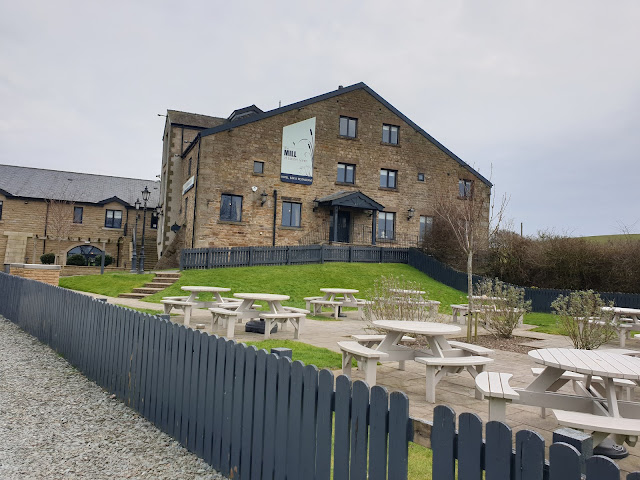 I covered about 15km, with very little ascent, in about 3.5 hours, including some decent breaks. 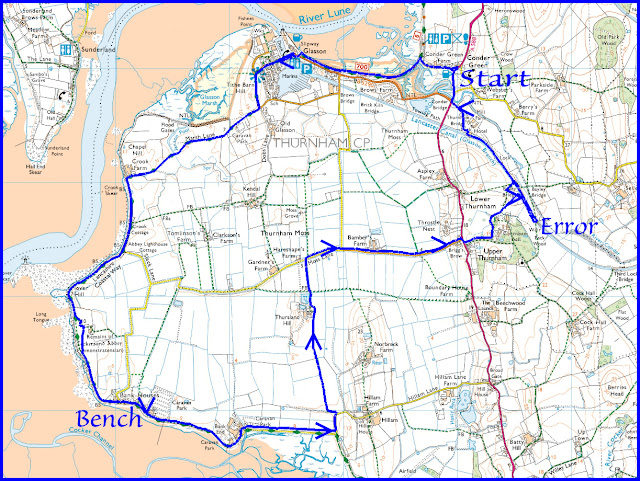