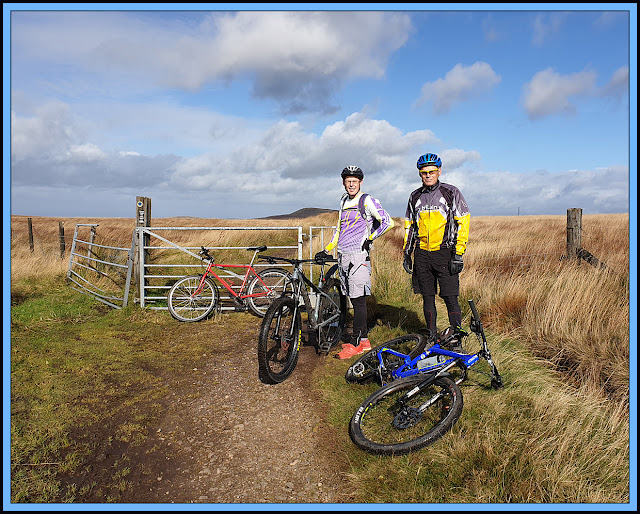 Another outing on this familiar route for me, but the first time for Paul and Greg. My previous reports on this 23 km loop with about 650 metres of ascent can be found here.
Today we enjoyed a dry ride in cool, breezy weather. After the long ascent from Langley, a rest outside the chapel at Macclesfield Forest was welcome, though I needed the time to replace a punctured inner tube.
I didn't reach for my camera until we got to the high point atop Danebower Hollow, beyond the still defunct Cat & Fiddle pub. The first two pictures were taken on the good track here. 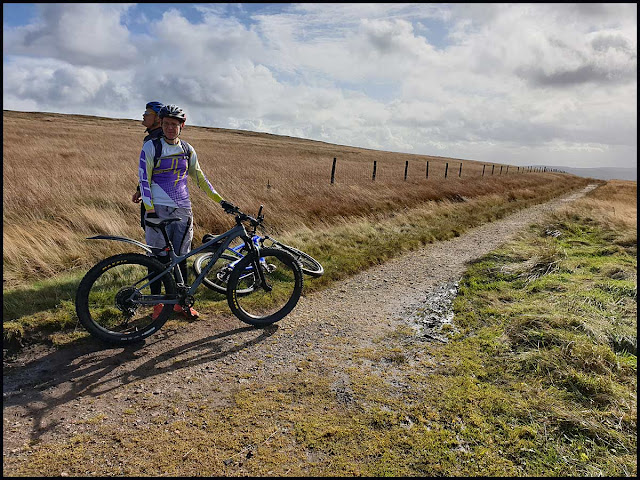 Last time I reached the A54, Richard and I were foiled by roadworks and had to find a way round them. Sparkling new crash barriers and a good road surface now greeted us for a short section of tarmac before the long descent down Cumberland Clough. Technical in places, but great fun all the way down. Greg and Paul are pictured crossing the Cumberland Brook overflow, about half way down the hill. Note Greg's huge new 2.8 inch tyres. 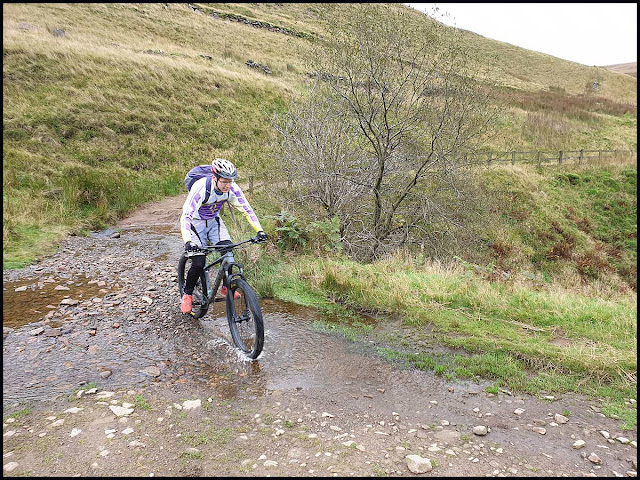 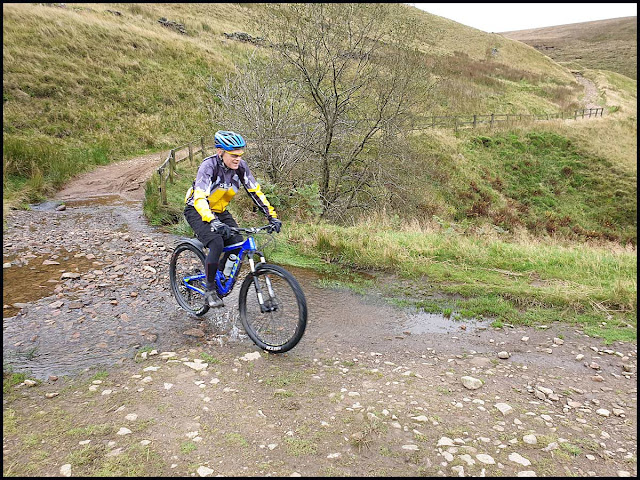 By the time we reached Nessit Hill, there were drops of rain in the air, but we stayed dry all the way down to the car, which can just about be seen in the middle of the next picture, beside Ridgegate Reservoir, which we accidentally reached via a walkers' path, much to the annoyance of a man who had lost control of his dog.

Here's today's route, which took us three and a quarter hours, including two tea breaks and stops for my puncture, Greg's mudguard which kept falling off, a phone call, and lengthy waits for the others whilst I laboured up the hills... 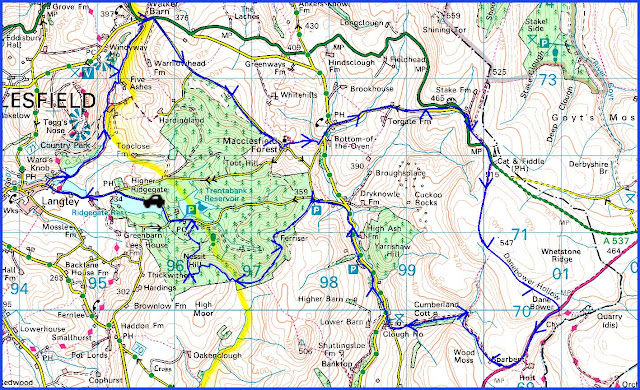