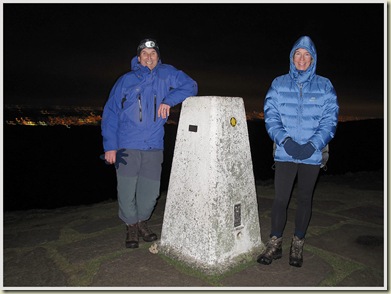 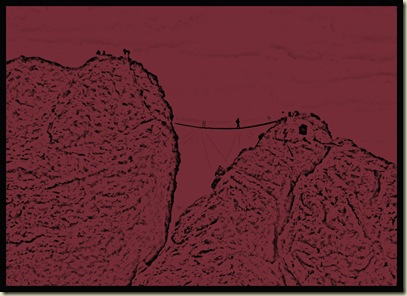 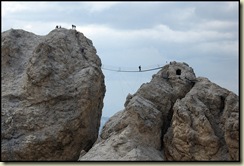 This Via Ferrata has the longest ferrata bridge in the Dolomites.

The route starts at Rifugio Lorenzi at around 2900 metres after a long lift from Rio Gere.

Posted by Phreerunner at 11:47 No comments:

Today Sue and I managed to escape from our sick beds (well, Sue has 'flu, I just have a bit of a cold) to join Julia after her annual trip to the Backpackers Club's Christmas celebrations based at Biggin, where they rent the village hall every year at about this time. 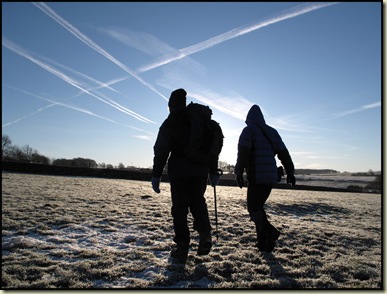 By 9.30, after a difficult journey into a blinding sun with failing brakes, balding tyres and frozen windscreen washers, we were stepping out along the path towards the Tissington Trail. 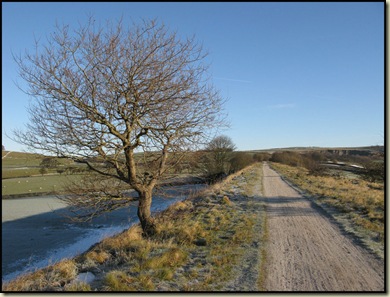 The winter sun was warm in the clear still air, but the path of the old railway remained frosty, firm and deserted.

After a while (and a judicious CCS/flapjack/tea break in the sun) we descended steeply to join the infant River Dove at Fishpond Bank in Wolfscote Dale. Thick hoar frost in this deep cleft hadn't yet been touched by the sun's rays. 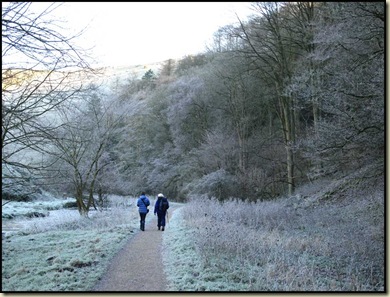 Surprisingly, we did move in and out of the sun as we progressed up the dale, with people around now, but incredibly few considering it was an immaculate day in one of the most popular parts of the Peak District!

A kingfisher flew purposefully past, its back gleaming brightly, and a couple of herons sunned themselves lazily whilst a platoon of mallards floated gregariously, trying to avoid a bevy of dogs that were intent on a swim.

Hounds howled in the distance (on the near line of hills to the right) as we enjoyed lunch on a sunny bank with a fine view west towards Hulme End. 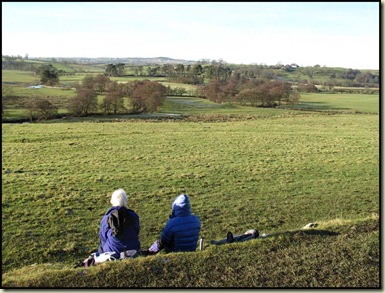 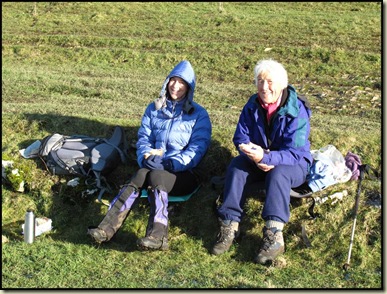 Passing through the pretty village of Hartington, we managed to dodge the hostelries (though the slide show does portray these and much more) and walk past this magnificent manor house, dating from 1611, where a bed for the night still costs only £15. 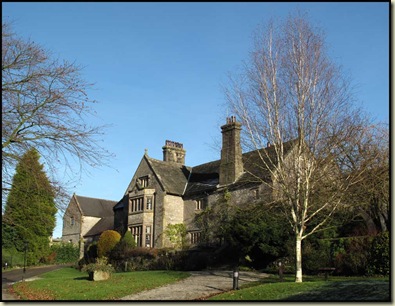 For a fuller photographic record of today's amble - just over 30 images - click here. 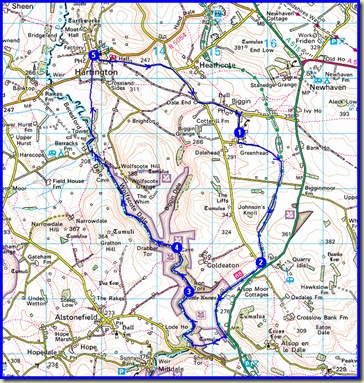 Posted by Phreerunner at 23:27 No comments: