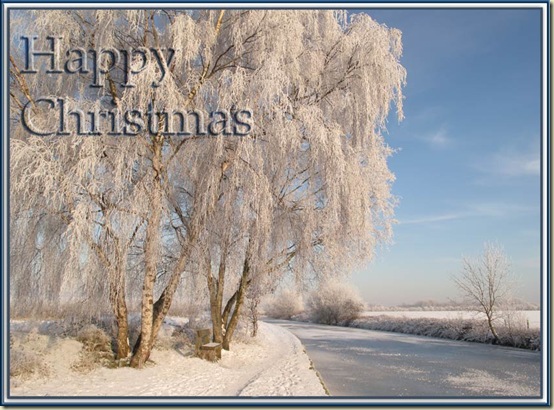 Wishing all our readers a very Happy Christmas.

Just in case anyone has a desire to follow a summary of what we’ve been up to this year, we’ve written a short piece, mainly for family, here.

Have a Good One…. 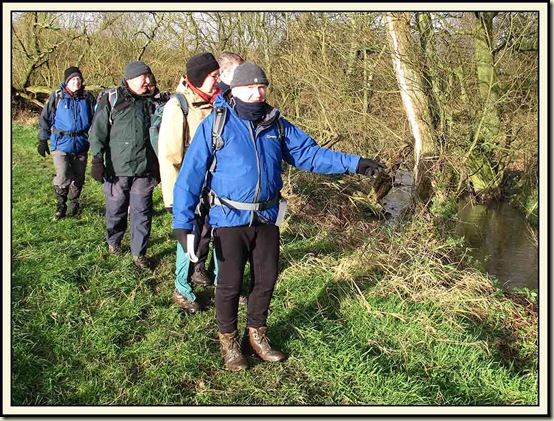 "There will be mud" promised Reg, as we set off east from Coppull along an asphalt track.

Seven old codgers had successfully rendezvoused more or less where we left off on 9 November, despite nearly abandoning Don in the gents at Wigan Bus Station!

R Norman, who at the tender age of 59 is still too young to be a fully paid up ‘Plodder’ took up his usual position as ‘Font of all Knowledge’.  “Shouldn’t that be Fount of all Knowledge” – quipped some wag.  Sharp as ever, Norman’s response was clear:

“Font and fount can both be used in that phrase” he explained…
”font had, and has, another life related ecumenical matters, as in ‘baptismal font’, and was taken over from the Latin use of fons, fountain, whereas fount came to English through the Old French font, derived from the same Latin word. I can’t explain the vowel change!”

Well, we were shocked.  None of us had previously experienced Norman failing to explain something!

Anyway, I digress, we need to move on to explain the header picture – over to you, Norman…

"This is 'Hic-Bibi Brook'" he spluttered "one of very few rivers that runs inland from its source." "What?" chorused the audience.

"Hic Bibi - it's a spring as well; Oliver Cromwell refreshed himself here when advancing south after the battle of Preston in 1648. A stone inscribed "Hic Bibi" ("Here I Drank") marks the site” he expounded. 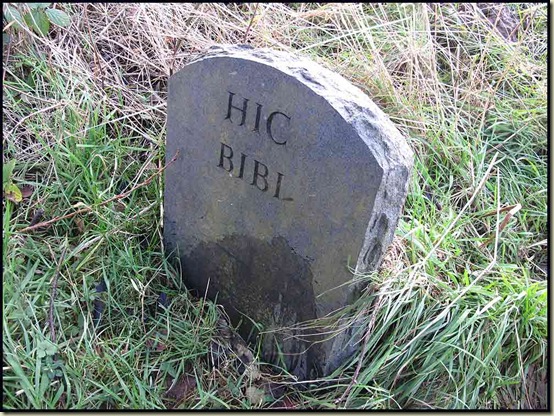 “The spring was turned into Seven Stars Brook to feed Wigan Corporation water supply” muttered Reg, “and that plaque has weathered well, hasn’t it Norman?”.

[There are more details in Reg’s report, here]

That quietened our ‘font’, and we pottered casually across some Lancashire fields, heading east, in search of mud.

Suddenly Norman spotted something and dashed off.  (See picture below) “It’s a squirrel” we expected him to inform us.  But no, his waggly arm was suffering from limpitude.  He really meant to point out the bridge, just above his right hand, through which a mineral line used to carry coal tubs, as well as produce from the Hic-Bibi brick works, to the main railway. 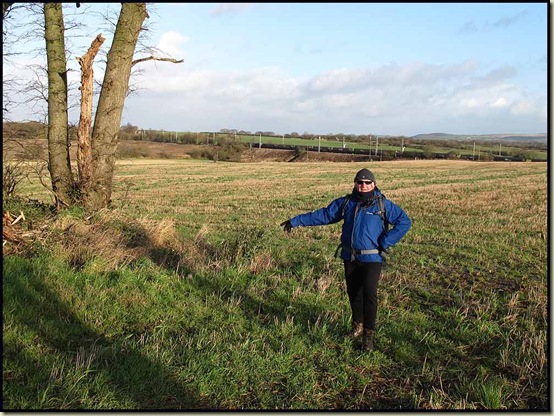 The gathered crowd listened in amazement as Norman told us about the long history of Coppull.

“There was even a pub called The Railway Hotel” droned Norman “where the landlord’s son was a qualified dentist and teeth were extracted on the premises, a glass of port being included in the charge.”

All this talk, especially the references to pubs, had engendered a great thirst, resulting in one of our number, on spotting the Crown, rushing ahead and insisting on sustenance, before being dragged out by his leader. 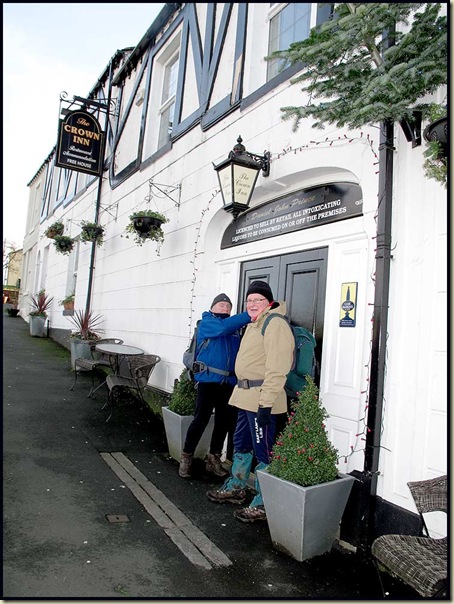 We came upon some reservoirs, Worthington Lakes, constructed in the 1890’s to provide water for the print works and other local industries, on this typically December day - dull, with brighter interludes.  One such interlude was chosen for elevenses in the sun.  Norman got the bench as all that talking had made him feel a little geriatric. That didn't stop him from guzzling fudge brownies! 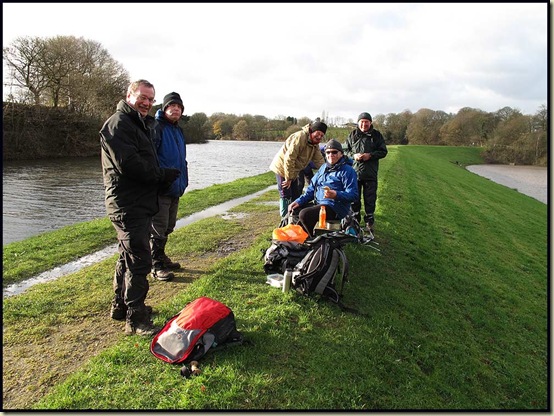 Luckily, we found a bridge to cross the raging River Douglas. 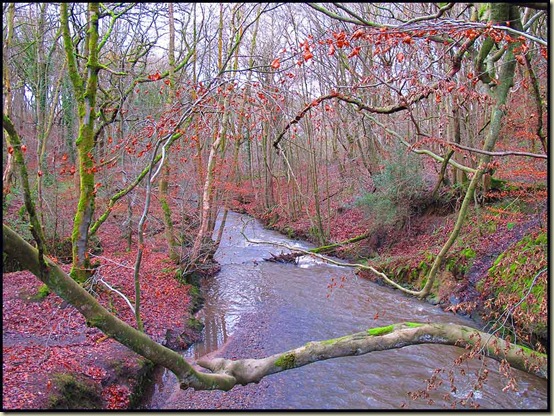 We paused outside the fine old Manor House that accommodates Wigan Golf Club. The 12th century moat used to be home to black swans, but now only white mute swans harvest the weed.  Tales were told by Reg and Norman of how ferocious guardians of the Golf Club usually shoo away walkers curious about the history of the building, Arley Hall, but today nobody spotted the small group of pensioners pausing in admiration before the front door of the golfing sanctuary.

It was ladies day. 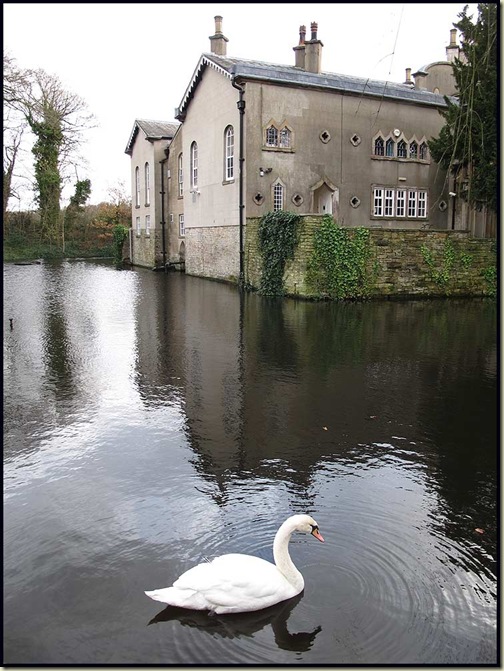 We soon crossed the Leeds & Liverpool Canal, with a familiar view to East Lancs LDWA members, on our way to Little Scotland.

Reg's walks traditionally include moments of indecision, especially when the back of R Norman's hand isn't in sight. 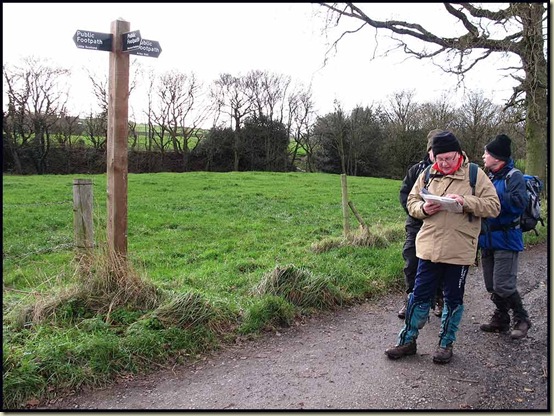 The uncertainty resolved, we pressed on in our relentless search for mud, passing through Blackrod village, which has a long history and is home to some lovely stone cottages.

A huge stallion blocked our way, and this chap who appeared to have been enjoying rolling in something.  Could that be mud? 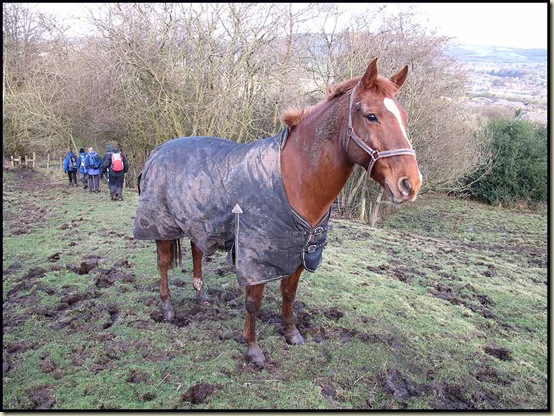 Yes, of course.  Reg sighed with relief as his promise came true and the muddy water gurgled through the fabric of his trail shoes. 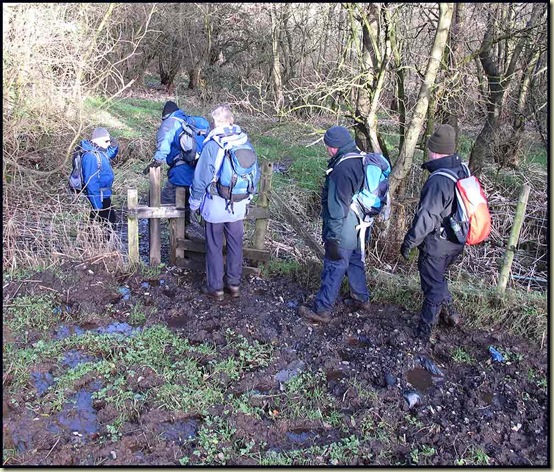 After crossing the M61, we came to a quite substantial brook, the infant River Douglas, that emanates from the reservoir at Rivington.

The weather had reverted to ‘Dull December’ as we paused to ponder the view towards Rivington Pike and the masts atop Winter Hill. 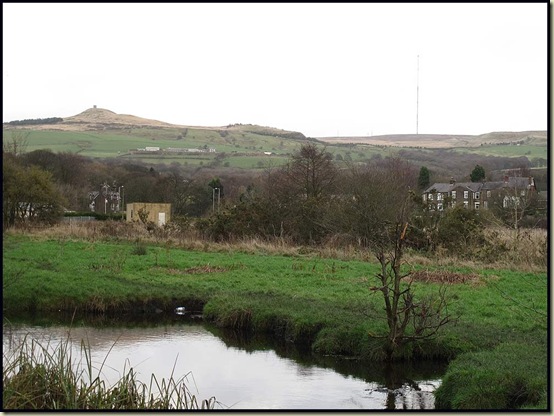 Our morning’s exercise concluded along a stretch of path that was recently obliterated by a new housing development.  This didn’t go down well in some quarters.  Action was taken.  Norman was involved.  The right of way has been reinstated...

...at the expense of someone's garden. 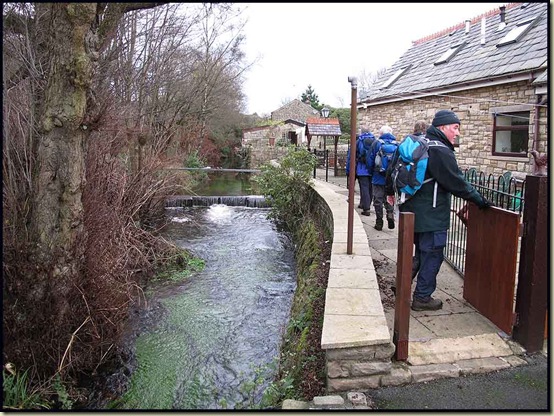 The walk finished at SD 631 120, on the outskirts of Horwich, where the resident wallabies were reluctant to venture out of their warm house to pose for seven strangers.  So five of us adjourned to Reg’s house whilst Jim and Bernard shot off to deal with pressing commitments.

The meal provided by Reg’s wife, Saro, was exceptional – a fine way to conclude the season’s ‘Plods’ – thank you very much.

Here's today's route, just 10km with about 150 metres ascent in 3 hours, followed by that excellent lunch at Reg's house. Brilliant! 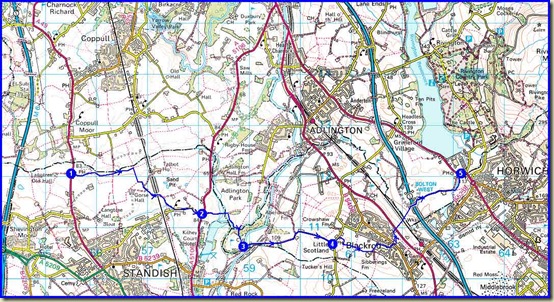 We will reconvene for stage 4 on Wednesday 18 January – Reg will be sending out more precise details in the New Year.

Reg’s more accurate report on this walk, with some more historical titbits, is on this web page, and my 32 photos are here.

The excursion took place over a week ago, and apart from Saro’s meal my recollection of it is a bit hazy.  I hope I haven’t slandered anyone!