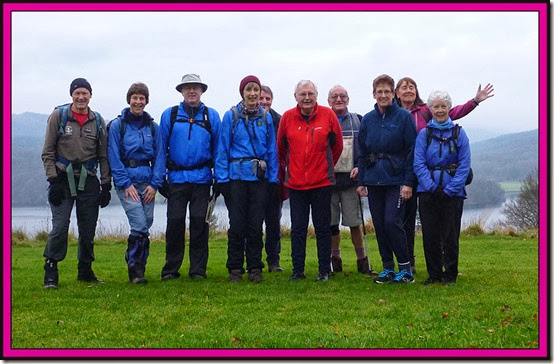 This was the second time Sue and I have had the pleasure of attending Reg’s Ghyll Head Bungalow ‘meet’. Last year’s visit is described here.

We were sorry to hear that ‘Little Ann’ was unable to join us, and Cathy was no doubt working; otherwise it was a similar team to last year’s.

Having arrived on Sunday afternoon, we spent the first two days in dull but warmish weather.

Monday involved a well attended walk to Staveley and back, described very briefly at the time, here. 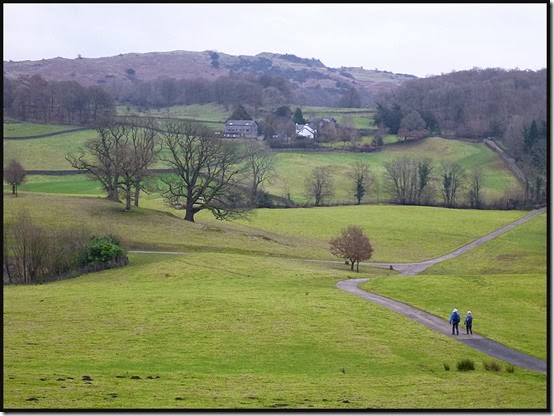 Another picture from this walk is shown above.  We enjoyed a fairly lavish lunch at Wilf’s Café in Staveley, before following Peter Haslam’s request to turn on our heels and head back to Ghyll Head, initially along the Dales Way, bringing back memories of my 2009 walk from Windermere to Ripponden.

A very chilled evening at Ghyll Head concluded proceedings – I seem to have found very little time to record much detail of the walk, but more photos were taken – see slideshow link below.  And thanks to Peter for leading this bimble. 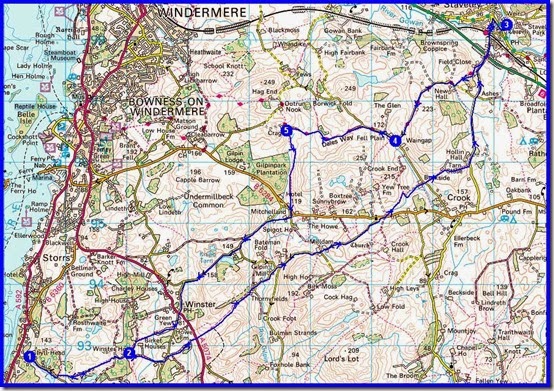 On Tuesday, Reg led a crack team along a section of the Thirlmere Way, which the Plodders have been ‘plodding’ since leaving Heaton Park on a sunny day in April.

Meanwhile, Sue and I were joined by Barbara for a round of Seat Sandal, Fairfield, Great Rigg and Stone Arthur from Grasmere. 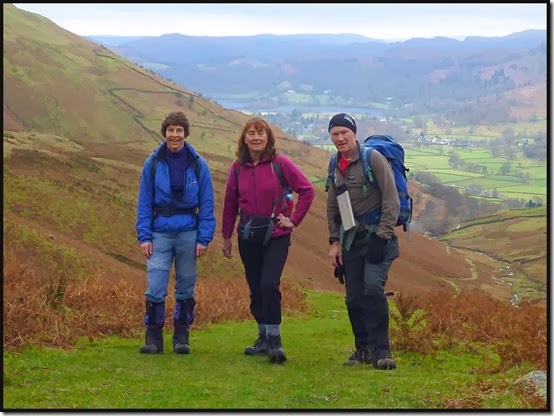 Garry joined us for lunch.  He was ravenous. 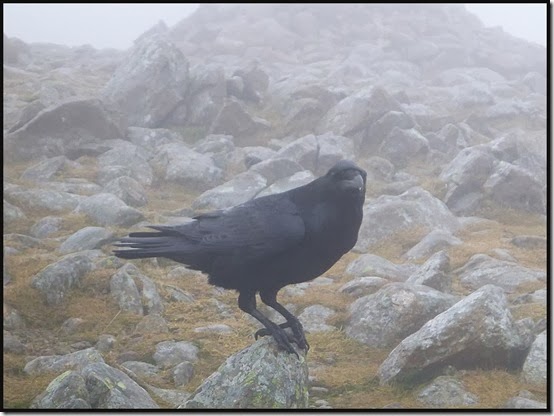 I wrote a short piece on the day at the time – here.  I suppose that was marginally more than on the previous day!  The slideshow reveals more…(see link below). 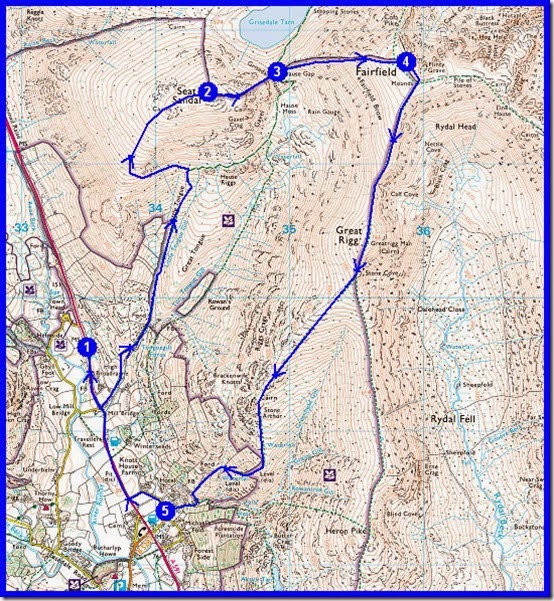 Wednesday was a brighter day.  The rest of the team went off to explore more of the Thirlmere Way, but Sue and I didn’t want to be valley bound, so we headed up Longsleddale to Sadgill.  From there we enjoyed the gentle ascent to Tarn Crag.  I wrote about that here. 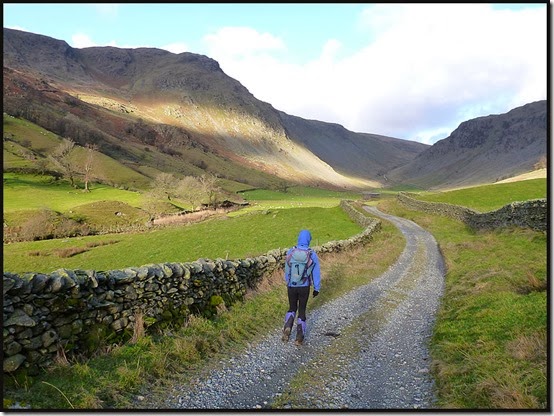 It turned out to be a lovely day for this 11 km, 500 metre ascent, excursion taking about 3.5 hours, after which we had a very leisurely afternoon at Ghyll Head whilst the others struggled on along the Thirlmere Way in the dark (or so it seemed to us). 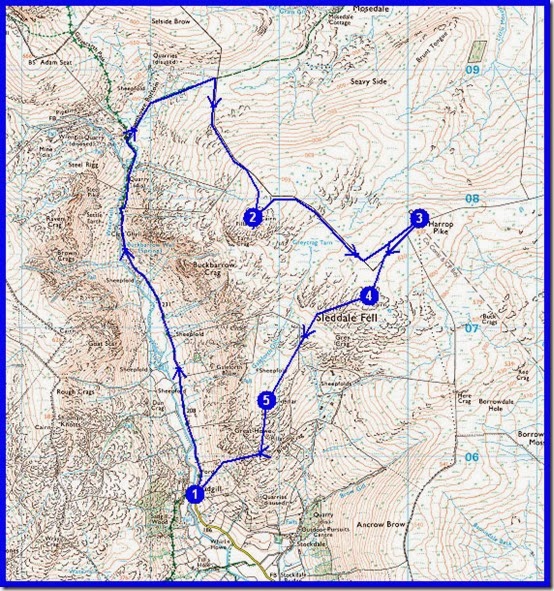 Others copped out of their concluding section of the Thirlmere Way, but Roger and Barbara bravely joined me and Sue for a wander around Stang Hill, Arnsbarrow Hill and the 335 metre summit of Top O’Selside.  I wrote about it here. 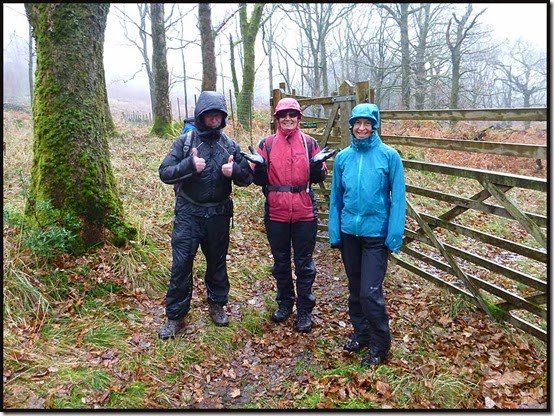 The weather actually cheered up quite a bit as we descended back to Nibthwaite with fine views across Coniston Water to the Coniston Fells. 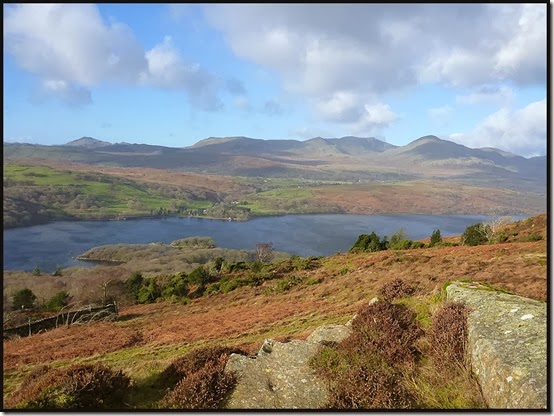 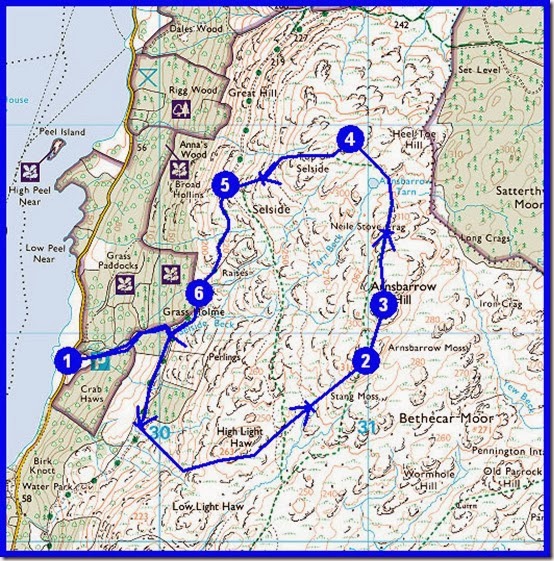 Later, as John had been sent home due to serious misbehaviour in the dormitory*, Allan was obliged to co-opt Neil as his replacement assistant ‘chef du jour’.  He seemed happy enough with the arrangement and got on with the cooking whilst Allan chatted. 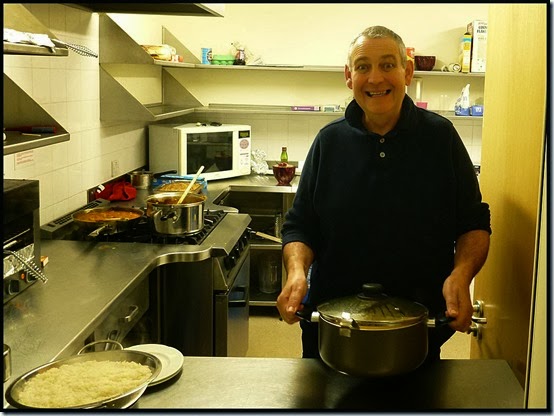 Thanks go to Reg for organising the trip.  We hope to see you all again next year, and we hope John and Don and whoever else has been afflicted with ‘John’s Lurgy’, are recovered by Christmas.