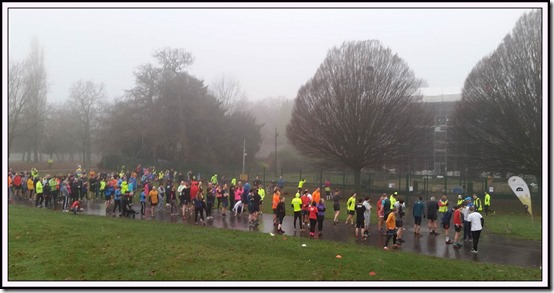 Last weeks’ parkrun was attended by a healthy 208 runners. Considering the dull day and the wet conditions, a pretty good turnout, but way below the record of 340 back in August 2015, before the parkrun at Stretford was established. The latter is a dryer, faster course and now attracts a large following.

Still, we enjoyed the muddy passage that is a key feature of Wythenshawe’s course. What I didn’t enjoy was the effect of the run on my already sore calf, leading to ice packs and hobbles and very little exercise over the following week.

Here are a few more images from run 267: 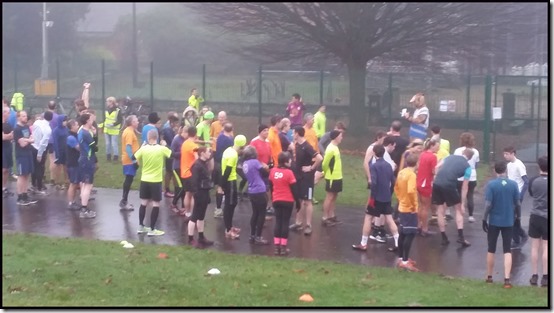 The report on run 267 includes the following sentence: “There aren't many people who have the gall to dress up as Rudolph and then pronounce to the assembled throng that he is the Reindeer-ector.” 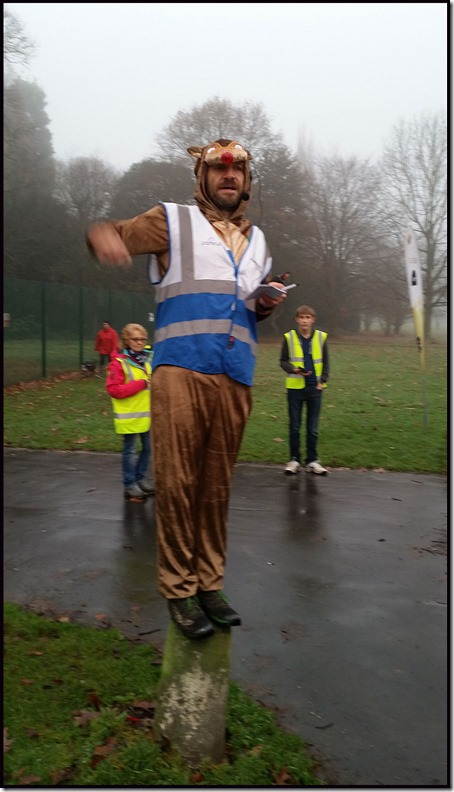 Anyway, the reindeer-ector must have been appreciated as some 353 souls turned up today, Christmas Eve, mostly in some sort of Christmasy fancy dress, for another trudge through the mud. A record turnout, with many staying for bacon/sausage butties at the café, which opened specially for us, afterwards.

Today’s 28 pictures, including 12 from Andy W (thanks Andy, yours are the ones starting with ‘Sprint!’), are all here, and there’s a taster below. I wasn’t able to take many as the tree outfit is pocketless. The photos seem to concentrate on just a few people, but we have made many many friends as a result of this weekly activity. New people join the ‘club’ every week and it’s a delight to see so many friendships being forged. This is happening all over the country and ‘tourists’ are always welcomed.

I’m overcome with a feeling of warmth! 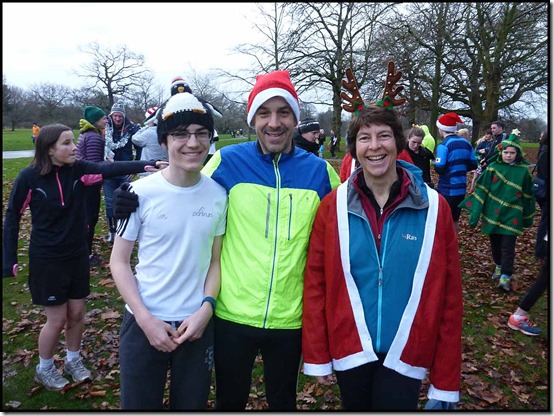 Jeanette, Paul the Pixie, and Martin the Tree 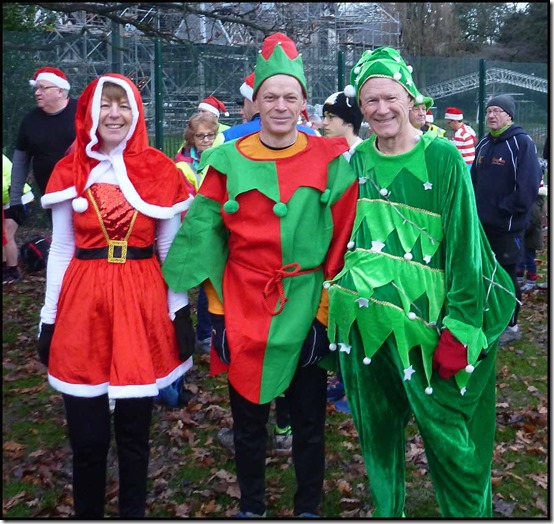 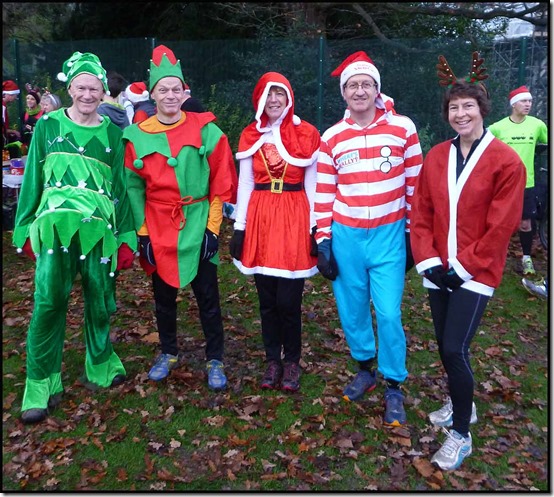 The usual suspects plus Andy W 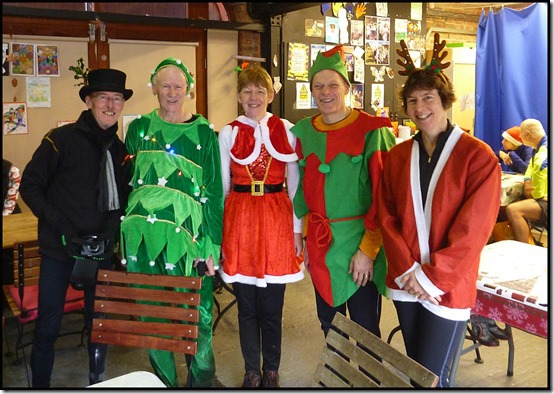 Say hello to the Hardings 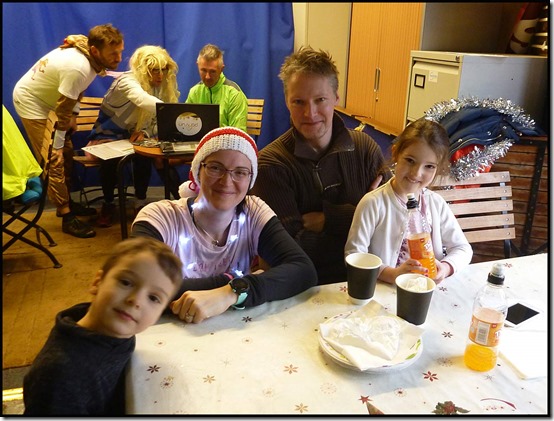 Charlotte and Syd and friend 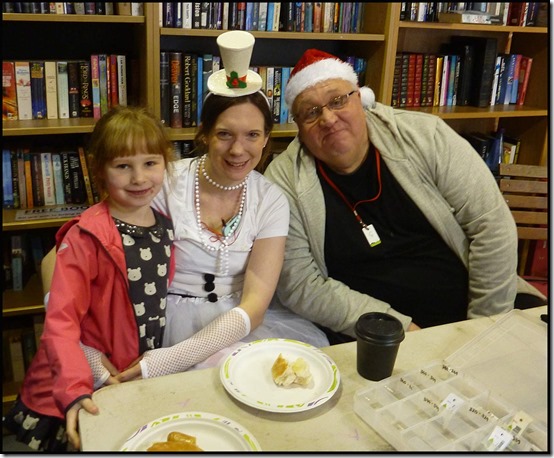 Sue and I started slowly, as she has a sore foot and my calf was a bit better but still sore. Our slow pace (33.11 for Sue, 29.58 for me) seems to have worked as neither of us have serious after effects, though Sue claims to be ‘tired’. I finished at the same time as Jeanette, who managed her first 5 km run since breaking her kneecap about 18 months ago. A long and tedious recuperation. Well done Jeanette.

I crashed this photo (taken I think by Kate H) and then nicked it from the Wythenshawe parkrun Facebook page. I’m pictured with Mark and two other stalwarts. 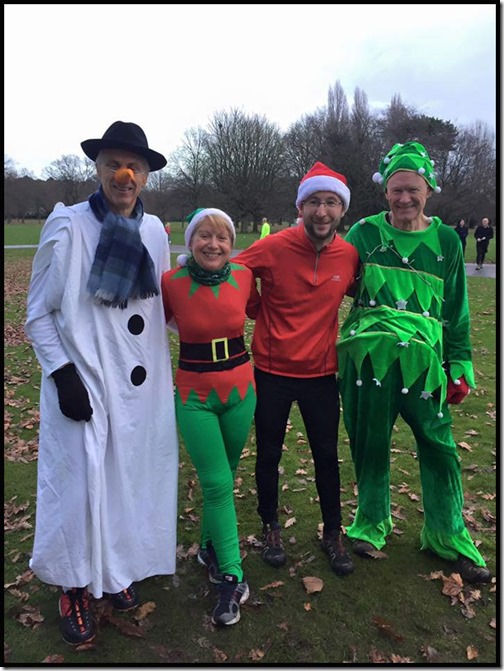 Then we zoomed back home to prepare lunch for Dot, who is staying with us for Christmas for the last time due to her increasing lack of mobility, Kate, Simon, Jacob and Jessica, Nell and Keith, and Mike and Sarah. And a good time was had by all…

PS Here are some of Andy W’s pictures:
’Sprint!’ 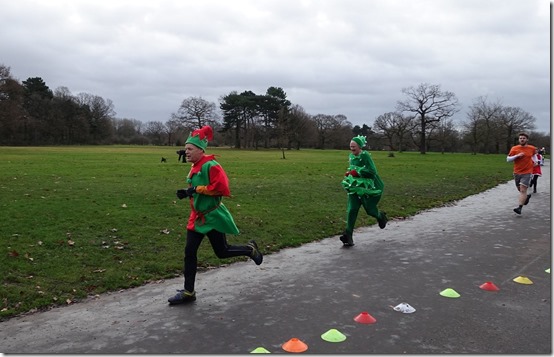 Cary steams in to the finish 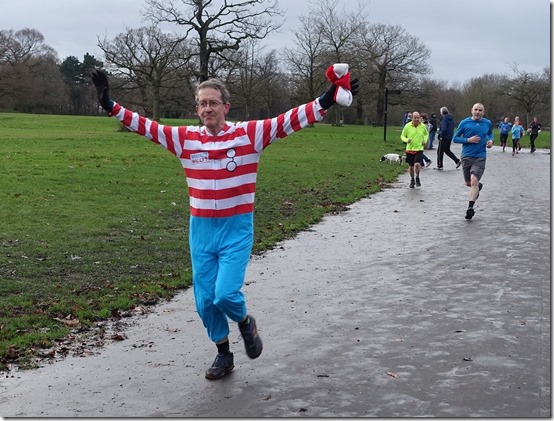 Prancer get the magic wand treatment! 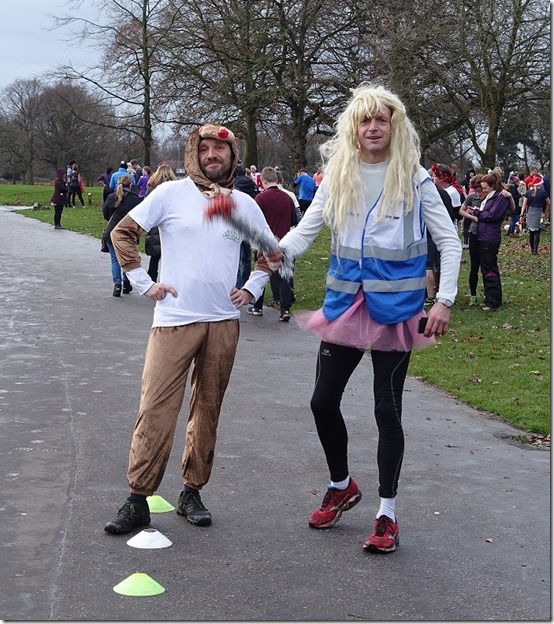 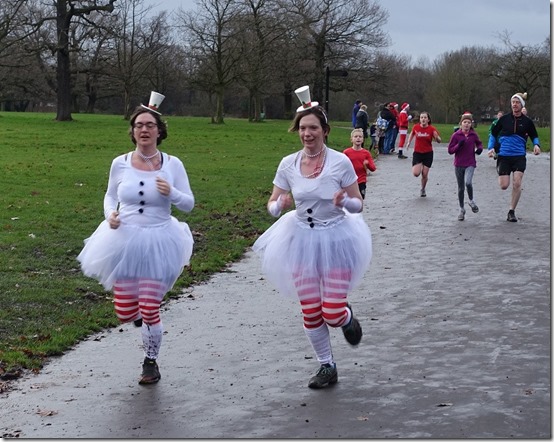 Andy at the finish 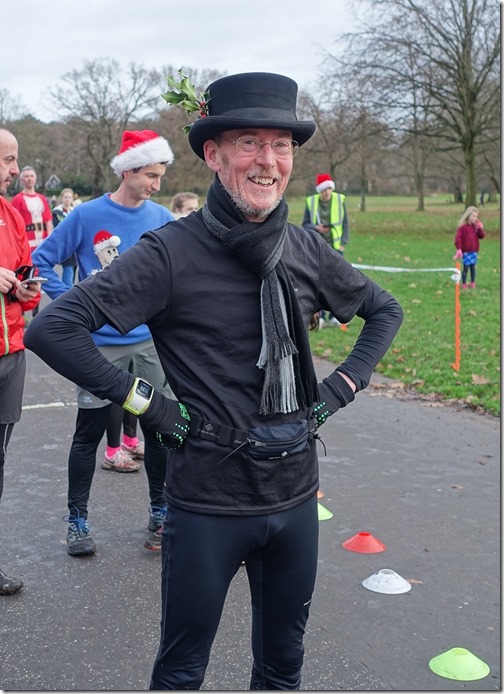 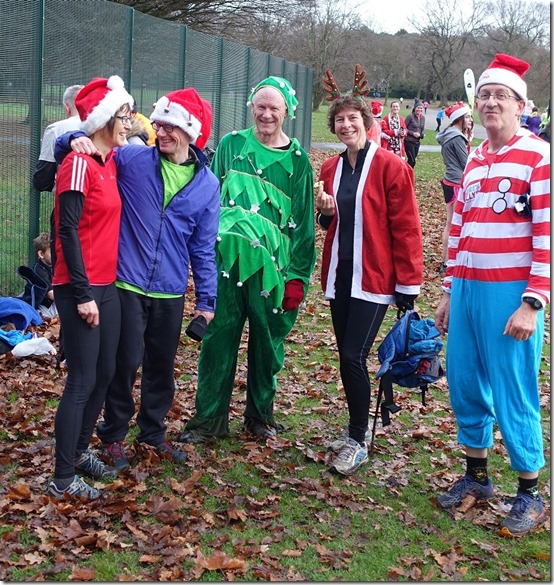 Posted by Phreerunner at 19:28 No comments: 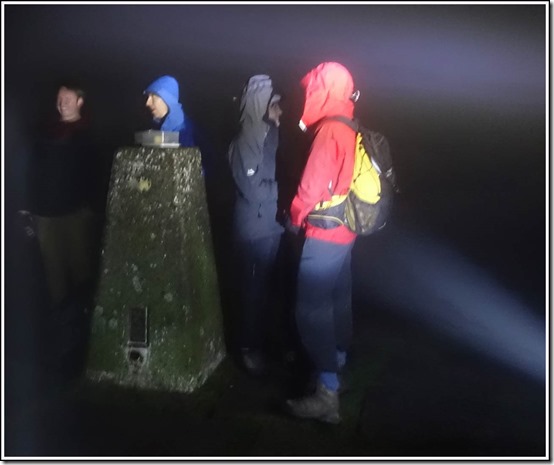 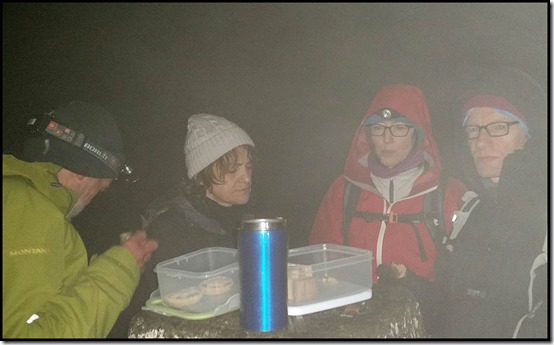 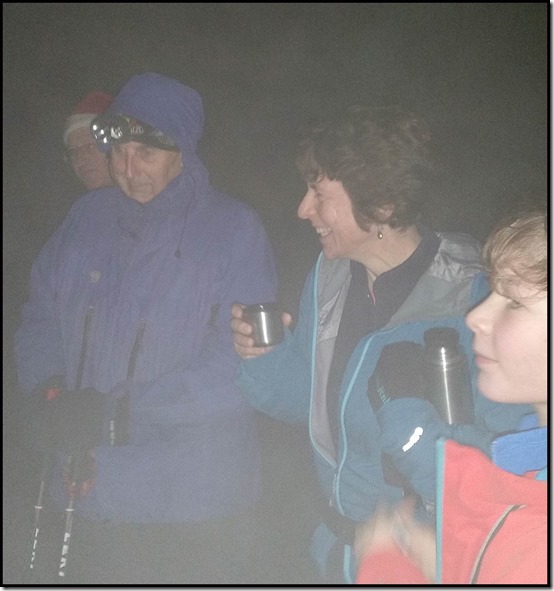 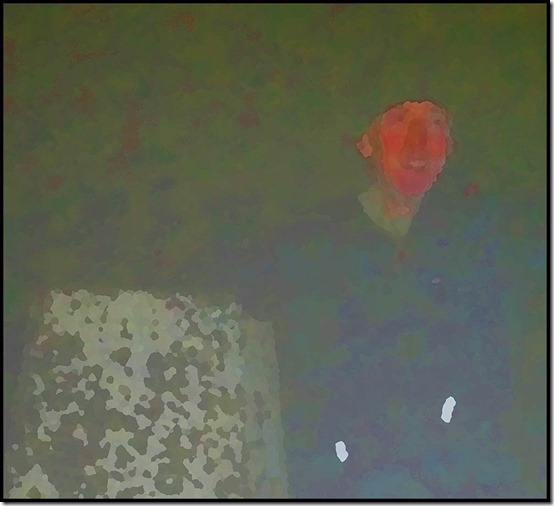 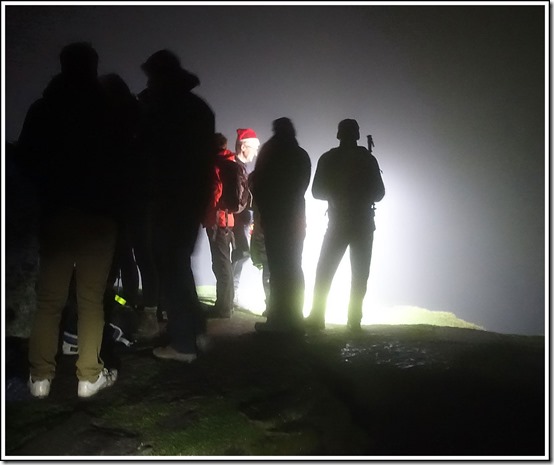 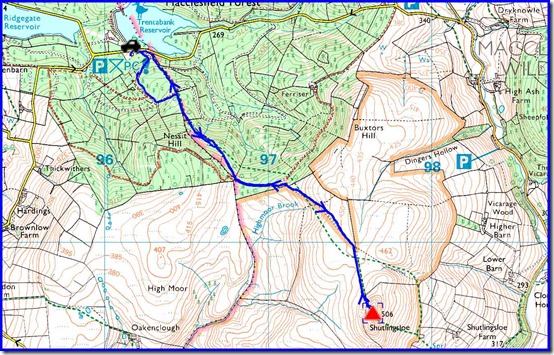 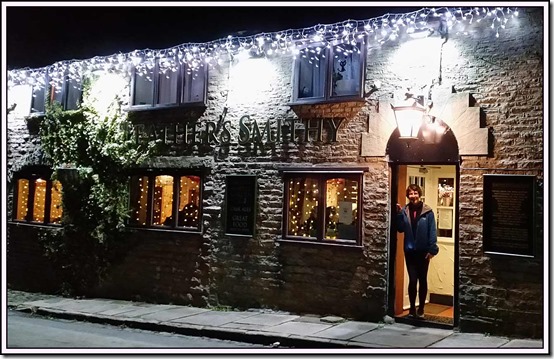 Posted by Phreerunner at 12:12 No comments: