Gayle kindly provided the impetus for today’s little excursion.  We met her at 9.30 at Standedge and left her around 3 pm at Crowden, to return home whilst she continued towards Bleaklow to enjoy a wild camp by Torside Brook.

We chose a good day to join her on her FAT (Football Avoidance Trip), the weather being typical  for the UK in June – why would anyone wish to be elsewhere at this time of year? 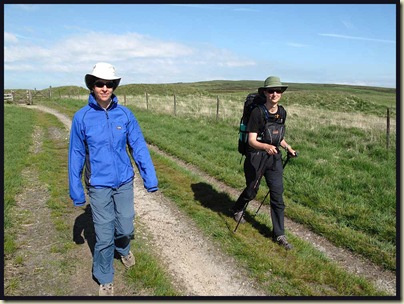 At Black Moss Reservoir we chose an easy route across White Moss and Wessenden Head Moor, rather than the more undulating Pennine Way route.

New flagstones across White Moss are giving the previously heavily eroded moorland a chance to recover.  Gayle was puzzled by the vocal opposition she had heard to such flagged paths; but I’m convinced that the majority of us are in favour of properly constructed pathways across such moorland, enabling the eroded vegetation to recover. 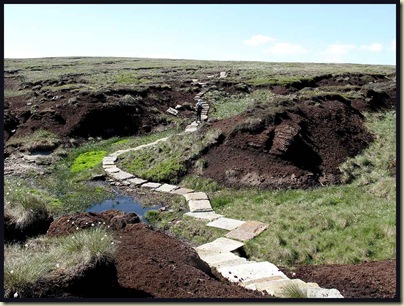 The white bags on White Moss contain bundles of heather and seeds, to help with the regeneration of the natural moorland. 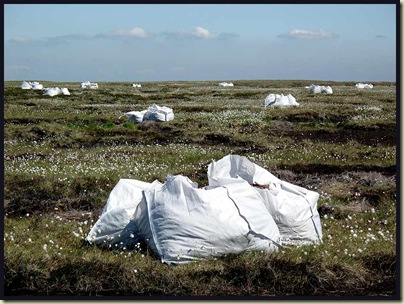 The short section across Wessenden Head Moor to join the Pennine Way before Black Hill is little used and would be very boggy in wet weather.  But with the current paucity of Pennine Rain, Sue and I found it quite easy to hop across any damp patches in our trail shoes, though Gayle got slight ingression due to wearing Flip8s (which she likes, but which do at all times attempt to act as sponges).

An anxious curlew wheeled around us. 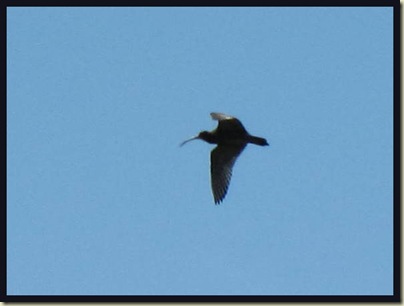 We spotted this prone object beside the path, and realised the cause for concern, before hurrying on. 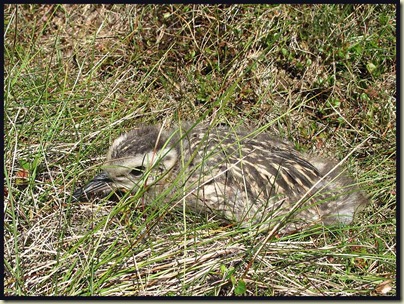 The summit of Black Hill was a sun trap today.

Norman, doing the Pennine Way on a B&B basis, but with a bigger rucksack than Gayle, kindly took this photo for us. 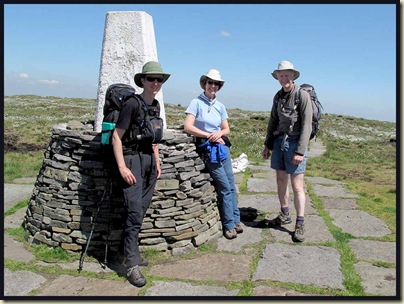 Gayle was astounded by how much the area, which used to be a 365 days a year quagmire, had recovered since her previous visit two years ago.  Her observations are here.

The sceptics would have us walking through deep bog in a 100 metre wide section of eroded moorland.  I like this newish path towards Dun Hill. 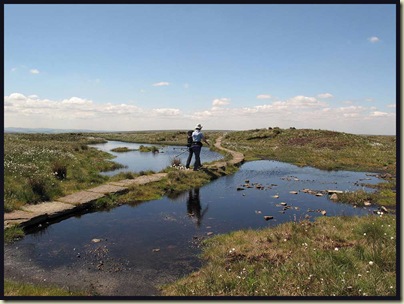 A long lunch stop in the sunshine followed, and then a buzzing helicopter dropped a team to attend to a lady with a twisted ankle.

As we descended past Laddow Rocks towards Crowden, numerous Mountain Rescue personnel rushed past, in various states of breathlessness.  We half expected a medic to be following them up in case they collapsed themselves.

A busy aircraft ‘motorway’ was in operation above us – obviously no volcanic ash problem today!

Eventually, at around 3pm, the path to Polly (our car) led down past the ice-cream haven called Crowden, whilst Gayle’s route to Glossop (she never did get there) headed off in the other direction.

So sadly our ways parted, but it had been an excellent little outing. 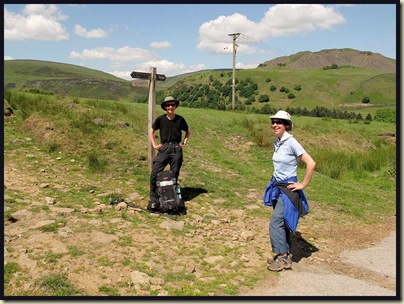 Gayle’s report is here, and her Black Hill observations are here.

Our 15 km route (see below), with 350 metres of ascent, took a leisurely 5.5 hours, though Mr Slowman Naismith would have cut nearly two hours of that time! 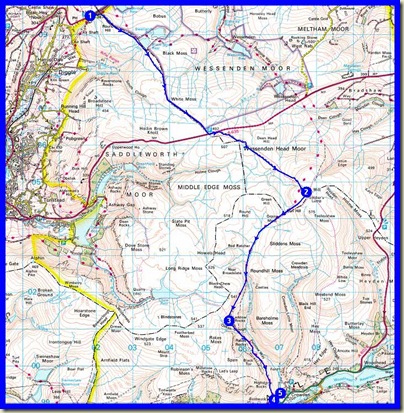 The full slideshow (29 images) is here. 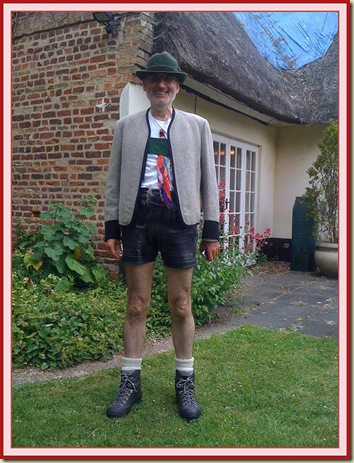 Presumably TGO Control approves of this dress code, which should enable the Austrian Challenger, Markus, to feel more at home than usual in Scotland next year.  Though Markus had threatened to attend in a kilt.

This was brought to my attention by one of the early Challenge bloggers, who will no doubt be spending a couple of weeks next May chasing around Scotland looking for cheese and wine parties, as explained by another stalwart outdoors blogger in his 30 May 2010 posting.  [Having managed nine wild camps on this year’s Challenge without meeting a single other Challenger, I have to admit to being somewhat baffled by the latter posting.]

Thank you, everyone, and I hope you’ll forgive me for borrowing the image in order to convey this important news. 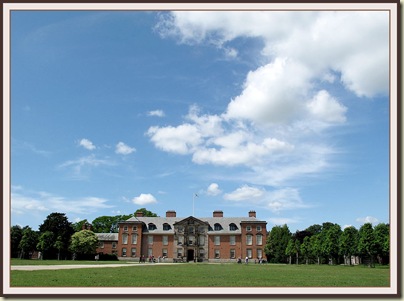 The House looked good, on a busy day at this National Trust property.

Sue and I enjoyed a 5 km stroll around the grounds and along the canal.  The ponds are full of Yellow Water Lily. 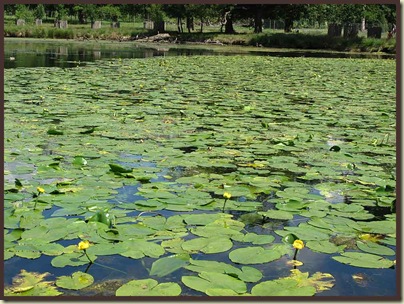 The fallow deer range in colours from white to very dark brown. 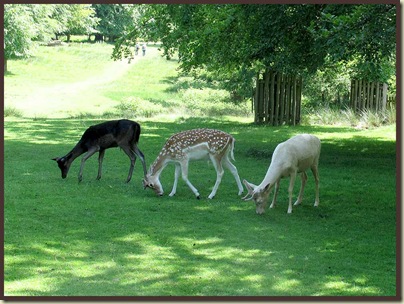 One stag was lying a few metres away from a family who had set up a badminton court.  He was studying them closely!

It was a lovely day for eating outdoors, but we had a commitment, so delayed the BBQ for a day.  No photos from that, as it was abandoned due to ‘inclement weather’!

Posted by Phreerunner at 09:47 No comments: 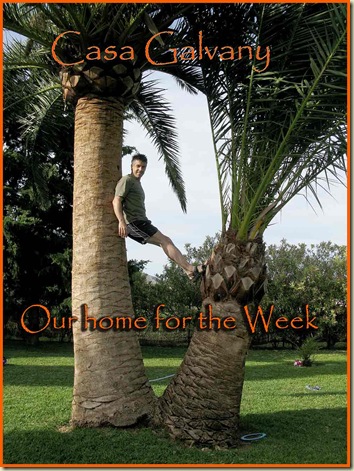 Here’s a final posting for our recent trip to Mallorca.

Images in and around Casa Galvany (27) are here.

Our trip was organised through James Villa Holidays.

It wasn’t a walking trip as such.  But earlier starts could have taken us to some higher parts of the island, where the temperatures would probably have been amenable.  It was pretty hot where we were near sea level.

We used a Cicerone guide and also a Discovery Walking Guide and map; this conveniently links in with the walks, which are numbered on the 1:40000 scale map.  I also found this Guide useful on a visit in November 2006.

It’s a lovely part of the world.