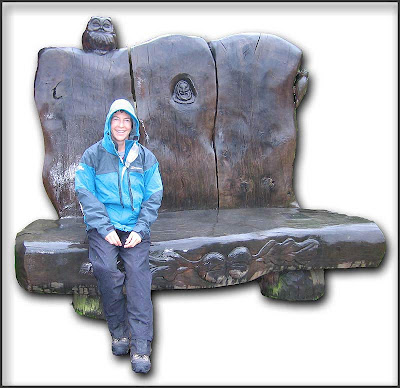 It has been a little damp of late. But today was the duly appointed shopping day on which I was to return the leaky (but exceedingly comfy) Asolo Fugitives, and Sue was to seek a replacement for the worn out Meindl boots that she binned in Saas Fee.

It's a quick tram ride to the centre of Manchester and a selection of gear shops that give good discounts. But we chose to return to the boot fitting team led by Mike, at Outside (no discounts - but superb service) in Hathersage, for this long awaited shopping expedition.

The Asolos were quickly dealt with - the soles had delaminated from the uppers. "You've been very unlucky" said Mike - seemingly indicating that Asolo's quality control was supposed to be very good. [Some - Mick included - may disagree!] They were duly dispatched to Preston to be glued back together.

The next hour (at least) was spent with Sue trying several possible victims for her awkward feet. She eventually came away with a pair of Hanwag Lima Lady GTX leather boots - weighing in at £140 and an acceptable 1400gm for the pair.

I had never heard of Hanwag.

Luckily, Outside has a good coffee shop.

We couldn't go to Hathersage without venturing into the fresh air, which came with its own brand of liquid refreshment.

The Heatherdene car park near Yorkshire Bridge sports a fine bench (above) with resident owl, woodpecker and mouse. An excellent construction. Sue wants one for the garden.

Despite having a waterproof map with us, we cheated. There's an easy 6km route - a circuit nearly to the top of Win Hill - that just requires moderate eyesight and the ability to follow a few green arrows. The information board allows 2½ hours for this walk.

We set off at 12.15 and after crossing the Ladybower Dam we discovered that the reservoir is far from full - it still has some way to go before the overflow valve is reached. Tomorrow may be a different story, judging by the weather forecast! 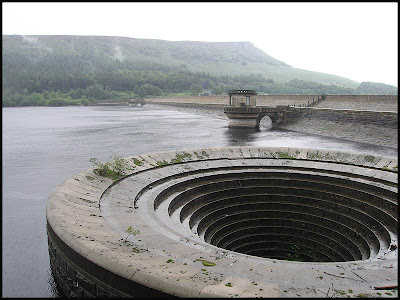 Anyway, this was our first proper walk in daylight - other than an evening excursion from Notchy's house, since returning from the Alps over two weeks ago! Doesn't time fly.
It was great to get into the fresh air. Everything was very green up to a certain height, then grey became the dominant colour. The blackberries are ready for harvesting, mushrooms abound, and the heather is in full bloom. There wasn't much wildlife in evidence; just a few soggy sheep and whingeing crows. Streams thick with peat gushed into the reservoir; rosebay willowherb struggled to remain upright, and cloud lingered near the top of Win Hill, which for once we didn't bother to visit.

This is the last picture - towards the summit of Win Hill - I took before my camera broke. Roll on the G10! 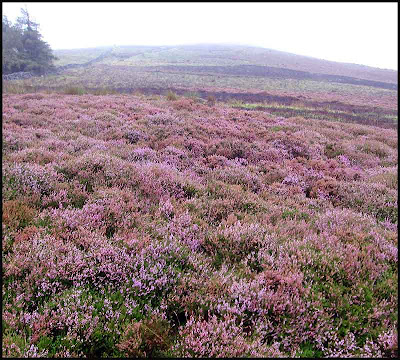 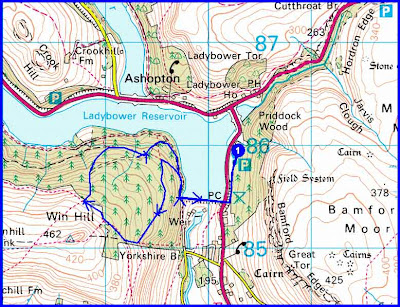 Shopping in the Alps 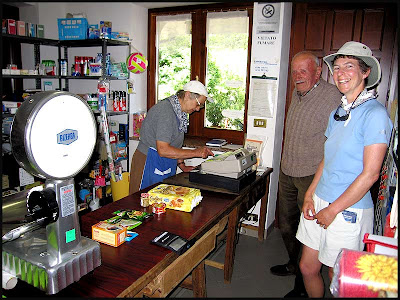 Here we are, topping up our supplies in Pleyne on 15 July. This was a particularly well stocked alimentari (shop), once we had gained access. Husband (next to Sue) had clearly retired - or gone senile - leaving his wife to run the business. She also ran their farming business and had to be recovered from where she was gathering hay in a nearby field, in order to serve us. We were lucky to find packet soup here; previously stock cubes with various additional items had been used as our 'starter' on wild camps.

Tea bags, chocolate, soup, risotto, tinned fish, a jar of mushrooms, and a big box of croissants are lined up on the counter for our enjoyment later. Not quite the lightweight revolution, but easy enough to carry, and delightful to eat - together with other supplies already in our packs - this was just a top-up.

We met lots of lovely, helpful people in these little, out-of-the-way, shops - they were a pleasure to visit despite the general lack of lightweight food. 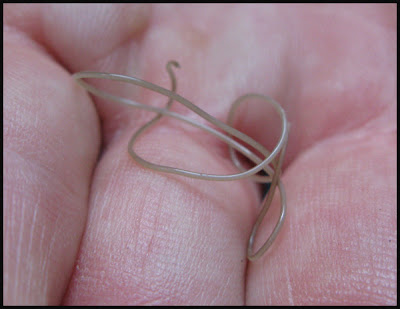 Could this little 'wriggler', trying with valiant contortions to remove its 8 inch frame from my hand, possibly turn into one of these? 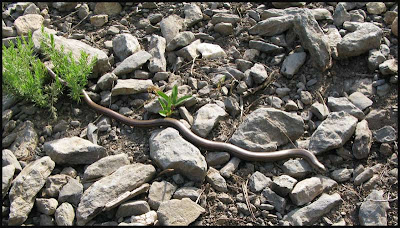 So is it a baby Slow worm? If not, what could it be? We saw a few of them on our Alpine trip, writhing in the undergrowth of forest paths at around 1500 metres.
Help George!
Help Darren!
I'm off to the pub now, so you have all evening for this challenge!
Posted by Phreerunner at 19:12 1 comment: 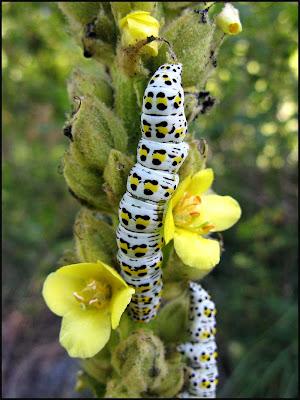 Here's another image from the Alps - the Susa Valley area. I think the flower is Orange Mullein, but the caterpillar was a complete mystery.

The original text of this blog - headed 'A Mystery Caterpillar' suggested that "Perhaps that guru of all things lepidopteran, Weird Darren, will come to my aid. What is it, Darren?"

Within the hour, Darren had indeed correctly identified the little blighter, brightly coloured so as to remind anything that may consider eating it that it tastes most unpleasant. But not before George - London Backpacker - had provided the excellent and informative link to the UK moths website.

So, well done and thank you, George and Darren, and I will have another mystery item for you tomorrow.
Posted by Phreerunner at 21:25 9 comments: 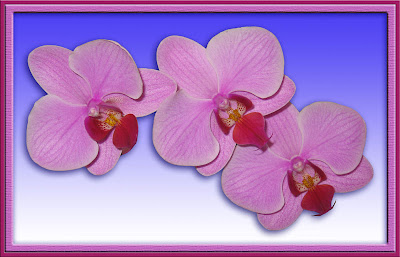 It has been a sad day.

John, our next door neighbour, passed away, peacefully, at home, at the age of 85.

He was a lovely man and the best of neighbours. We will miss our chats over the garden fence, our shared pots of tea, showing him the pictures of our trips, and chatting about mutually adored places such as the Pyrenees.

Our condolences go to all his family and friends at this sad time.
Posted by Phreerunner at 23:00 2 comments: 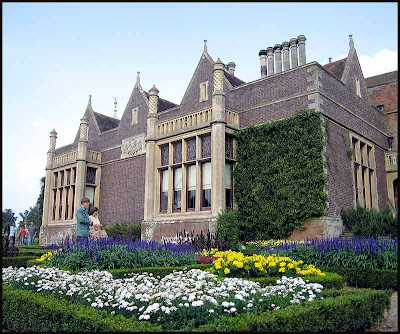 Yesterday we enjoyed a picnic at Charlecote Park with nearly 50 members of Sue's family.
A lovely occasion.

Sue now has the job of compiling her family tree.

The family photos will be displayed elsewhere, but here are some photos of Charlecote from our recce on 15 June, and as you can see from the image below, the flower beds have filled out since then! 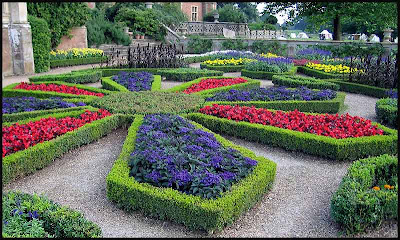 Posted by Phreerunner at 23:31 No comments: