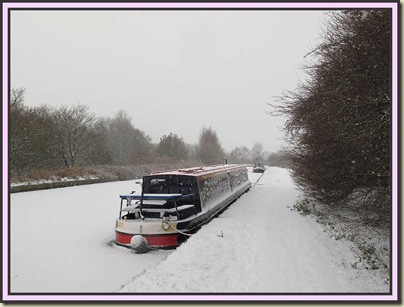 It’s not that I’ve run out of steam.  It’s just that sometimes there are lots of tasks that need to be done in priority to blogging.

I’m temporarily stuck, like the barge in the snowstorm on 1 December 2010, pictured above.

So once I’ve recovered from the chastising I’m receiving (from myself) for not getting out for a walk on this beautiful sunny day, I’ll get back into gear and report on a lovely day at Center Parcs, some books that I’ve been reading, perhaps the odd bit of gear, and even a TGO Challenge route or two (this year’s pictures still needing to be ‘processed’).

I do try to keep up with quite a few other blogs, through Google Reader, and these had built up to over 300 unread entries in no time at all, partly thanks to the extremely prolific Jeremy Burrows.  I skimmed through these this morning and was sorry to hear of the demise of Darren and John’s dogs.  Commiserations both…

I also noticed that James is about to receive some gear for review from Webtogs, which organisation has received a good review itself from Louise.  I’m still waiting for the call, Gareth!

There was lots of other good stuff on ‘Reader’, causing my morning read to stray into the afternoon.  This wasn’t aided by meeting Carol during a brief excursion to the shops.  I hadn’t seen Carol for many years.  She was the leader of a small team who had the thankless task of converting my and others’ scribblings into meaningful typed documents before the days of word processors.  Not that long ago, really.  Great to see you, Carol.  I’ve found some photos.  They are rather old.  I’ll spare us all the embarrassment!

JJ, that esteemed resident of Timperley, has bunked off to Florida, but not before circulating this delightful little video: 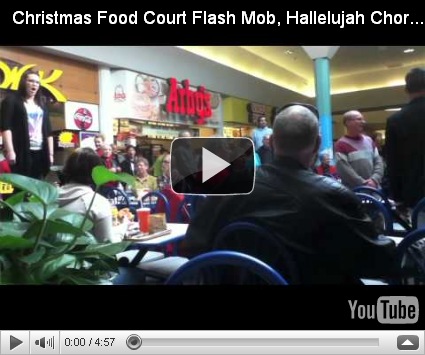 JJ tells me he is working on his own version of this, “in Manchester Craft Market, the Saturday before Christmas”.  That could be fun!

Meanwhile, Old Mortality was also circulating stuff, so by way of contrast, here is one of his delicately illustrated offerings: 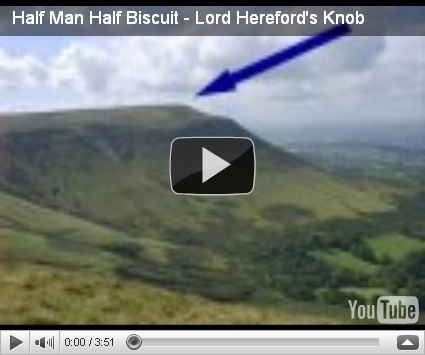 I’m told that somebody appears to have plucked some of the spiders’ legs!  You may wish to check that out….