There’s nothing likely to be of interest from Timperley today, unless you like cooking or driving up the M6, so here’s a reminder of the view we had on 19 March last year. 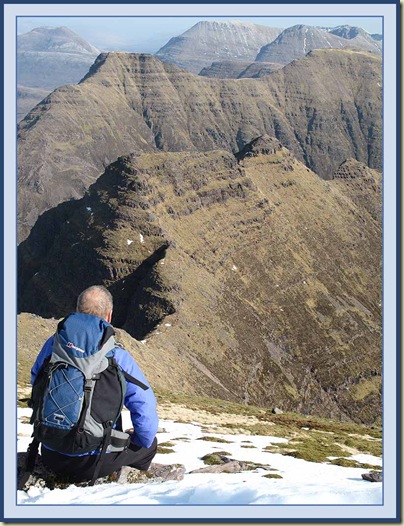 Given the numerous distinguishing (or should that read ‘distinguished’) features, there are no prizes for guessing the location. 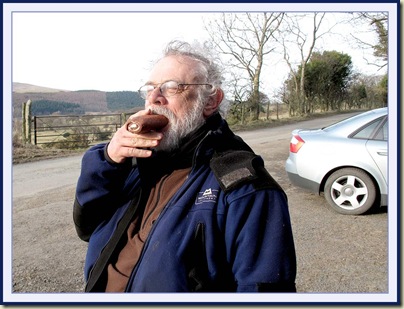 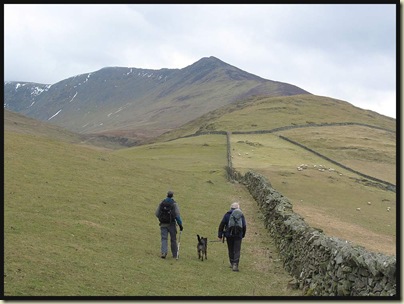 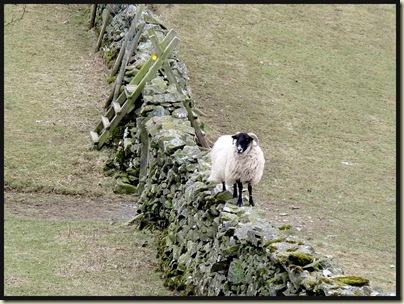 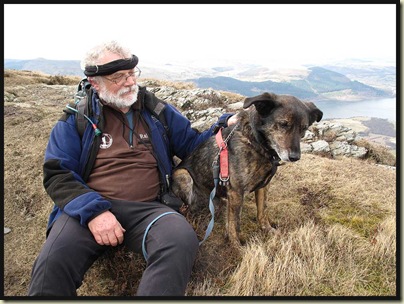 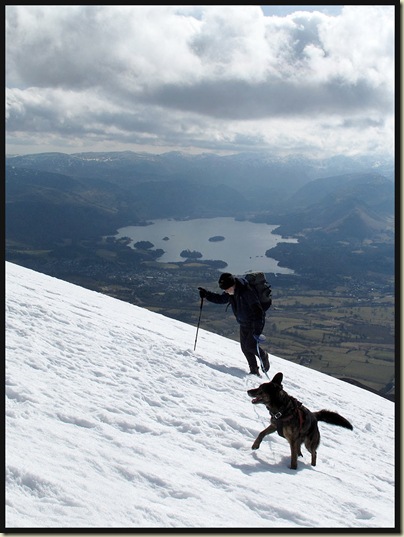 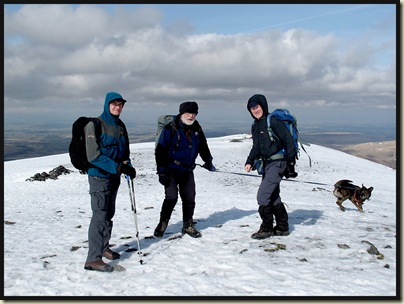 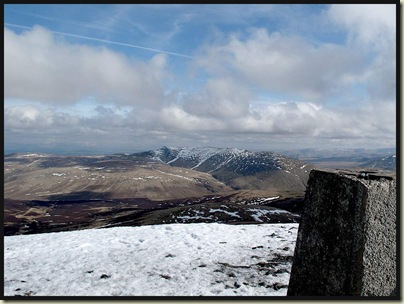 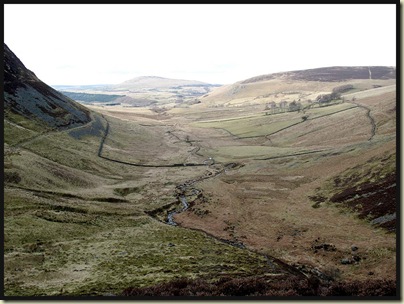 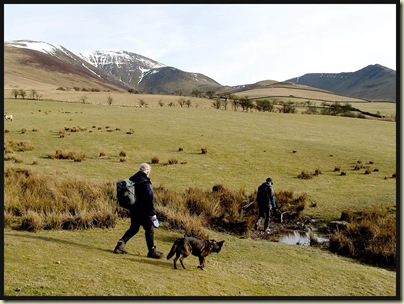 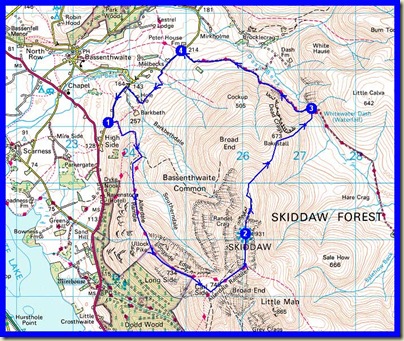 First, apologies to all those insulted in yesterday’s posting.  No malice was intended, I assure you.

Do you, like me, sometimes wish you could remember to mark those rare purple passages you come across just before nodding off to sleep?

I usually forget to reference them and find that they soon seep out of my limited capacity for retention.

However, I recently came across such a passage in a book, published in 1958, in which Canadian author Farley Mowat updated the journals of Samuel Hearne, who from 1769 to 1772 explored more than a quarter of a million square miles of Canada’s “Barren Lands” with no other company than that of reluctant and often hostile Indians. 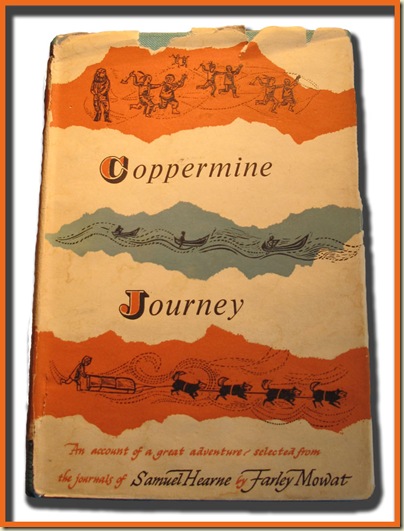 Hearne walked almost 5,000 miles through one of the most forbidding territories in the world.  Twice defeated he returned a third time to become the first white man to reach the Coppermine River and the Arctic coast which stretches west from Hudson Bay to Siberia.

The book, Coppermine Journey, appears to be quite rare even in its paperback version, so I have to be careful with the first edition copy lent to me as reading matter for my recent journey home from Canada, but let me know if you live nearby and would like to read it before I send it back.

It is clear that the North American Indians were a violent and unruly set of murderers who massacred Eskimos as a sort of sport.  On one of his failed sorties Hearne writes  “Nothing could exceed the cool deliberation of these villains”, as they proceeded to rob him of all his possessions apart from soap and a single razor that they felt were sufficient for his long journey back to the safety of the Prince of Wales Fort in Hudson’s Bay.

Anyway, for the final and successful expedition he had with him a charismatic Indian named Matonabbee, without whom failure (and probably death) would probably have been inevitable.

And so to the passage that caught my eye, near the start of this long final expedition:

‘Matonabbee attributed our present misfortunes partly to the misconduct of our guides, but mainly to the insistence of the Governor that we should take no women.
”For,” said he, “when all the men are heavily laden, they can neither hunt nor travel any distance.  And in case they should meet with some success in hunting, who is to carry the produce of their labour?  Women were made for labour.  One of them can carry or haul as much as two men.  They also pitch our tents, make and mend our clothes, keep us warm at night- and in fact there is no such thing as travelling any considerable distance without their assistance.  More than this, women can be maintained at trifling expense, for, as they always cook, the very licking of their fingers in scarce times is sufficient for their sustenance.”’

Food for thought as this year’s batch of lemmings finalise their arrangements for slogging across Scotland during May? 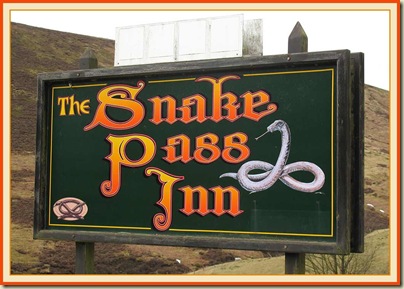 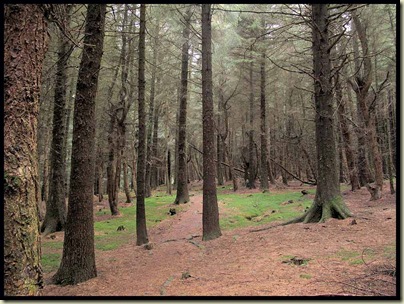 Amongst the crisp pine needles and leaf litter, a wandering hobo appeared.  We fed him some Chocolate Caramel Shortbread.

“I feel better now” he exclaimed.  Then he wandered off, repeating something about “need my Medication…Guinness”. 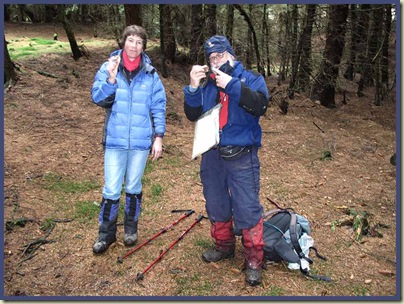 Up near Doctor’s Gate, we met a doctor called Martin.  “In need of Medication…must go…Rugby…TV…Calcutta…need to watch” he blurted.

A gaggle of figures passed above us as we returned through the forest.  They were being led down the dangerous A57 road by an elf with a long white beard who was desperately seeking Medication.  “Macallan, Laphroaig, Glen Morangie, Glenfiddich, Glenlivet” he chorused.

Back at the stark white building, some badly pitched Aktos and a Pie Man’s Palace flapped in the breeze whilst the inmates concocted Sue’s expensive stark white dinner, sponsored by Dunlop, featuring sea-life from the 20th century. 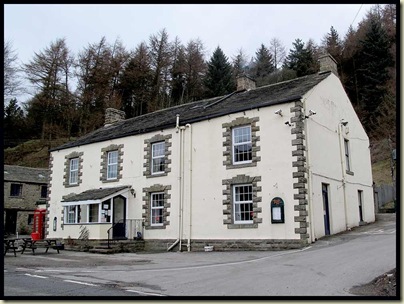 There were lots of lovely people there, including an elderly gent with a huge belly.  “It’s the Medication…Black Bull Bitter and Potatoes” he confessed, before resuming the fruitless search for his favourite colour. 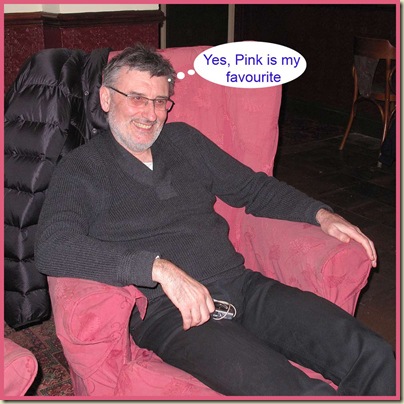 It was great to see everyone, and we also missed those who couldn’t make it.  We look forward to seeing you again soon and hope that all our conundrums will have been discovered and our Medications solved by then.  Especially our own!