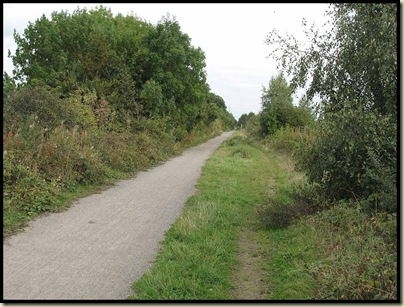 Leave home for three weeks, and look what happens?  They drain the canal!  JJ was in charge of keeping an eye on it.  He has been sacked.  Is this the end of the world as we know it, or……?

The Duke of Bridgewater will be turning in his grave. 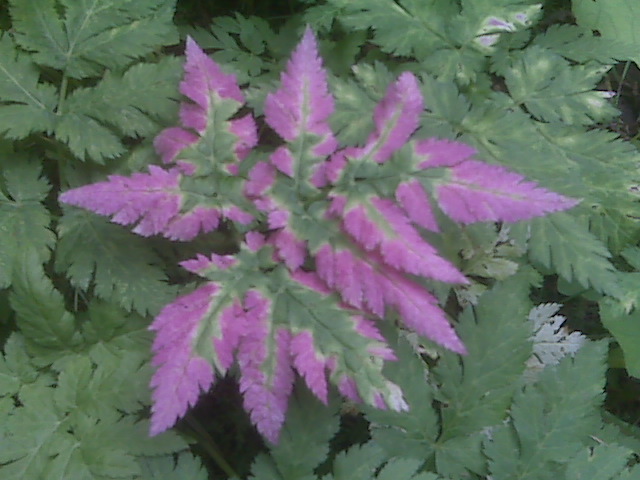 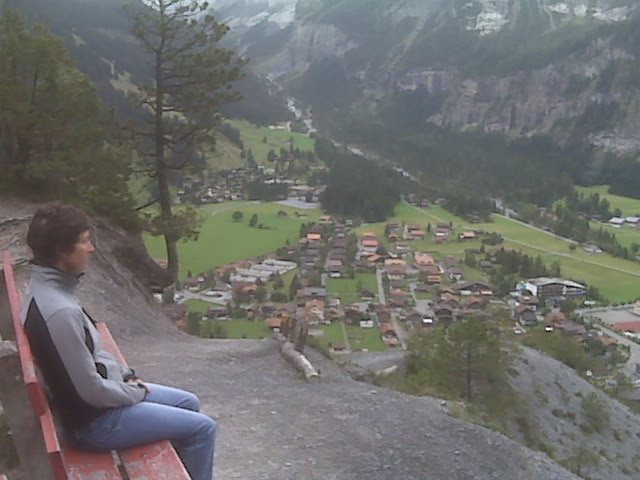 The cloud remained at about 1500 metres, so we spent our last day here quietly, with more coffee and cake (fruchtorten) for elevenses, and an afternoon stroll up Höh (only 1335 metres).
Today's images are taken at the viewpoint on Höh - the foliage really is changing colour, and our apartment is just about visible at the bottom left of the village. Whilst the cloud was down, there was no rain, so we've again been blessed with superb Alpine weather. I'm so thankful not to have a job testing waterproof gear - it would be a complete nightmare!
Tonight we 'enjoyed' a meal at the Adler Hotel: Starters: Sue had cool apple soup with bits of trout and no bread, whilst I enjoyed a spring roll, skillfully cut to make it look like two. These, despite being cool, arrived quite quickly (7.45), under the eyes of an attentive manager.
Mains: By 8.30 we were getting hungry, so I stole some bread from a table where the diners had left. They returned from what turned out to have been a fag break and gave the empty basket a look of puzzlement. We could have enjoyed a joke had they spoken English. We sipped our watery Dôle, hopefully. The mains arrived at 8.45 - late but passably warm, and quite tasty. The Bill: 'A hundred and fifty' said the waitress (that's about £90). 'Pardon?' 'A hundred and fifty' she repeated. I laboriously located my specs - this warranted closer inspection.... SF100.50 read the bill. We laughed. The waitress laughed. The attentive manager had long gone. We paid then left.
So ends our sojourn in Kandersteg. Thank you to Peter and Anne for making it possible, and also to John and Janet for the loan of their flat in Chamonix during the Belgian occupation of Kandersteg.
There will now be a brief pause in transmissions.... ....I wonder what the Bridgewater Canal looks like just now?
Posted by Phreerunner at 21:54 1 comment: Whenever practicable we enjoy coffee and cake for elevenses. That was very easy today, as we didn't stray far from the apartment. The Sunday Newspaper is absent from our postcard as we can't read German. (We could have got an English paper by walking just a bit further - to the station.)
We are relying on Notchy's News Service to update us next time we see him. As you may imagine we are useless at end of year news quizzes.
This afternoon we did venture out for separate strolls - mine a bit further as Sue was having muscle trouble.
Route 22 - a lovely path up to the Biberg plateau at around 1500 metres was duly ticked off. I'd intended to go on up to Fisialp (2150 metres) but with the cloud level at about 1700 metres it seemed better to wait for a clearer day to do that. We have been very lucky with the weather; waterproofs haven't been used on the entire trip (yet!). (And they weren't required on the rest of the trip!) Route 22 was narrow and steep, apart from a short section on the plateau. So it was something of a surprise to meet two mountain bikers, one of whom was filming their trip with a helmet camera. It may be a dull video; they were walking.
Willow-leaved Gentians are thriving in the woods just now, at a time when many flowers are going, or have gone, to seed and some of the vegetation is taking on an Autumn hue.
Today we were never far from the booming, banging and thwacking of Kandersteg's rifle range, which was involved in some sort of function. Luckily, it's at the other end of the village, but in a place surrounded by walls of rock the reverberations could be heard in all the environs of Kandersteg.
The odd thwack could be heard within these walls tonight, as we enjoyed a gem from the Morley Film Library - Hitchcock's 'The 39 Steps'.
Next day
Posted by Phreerunner at 20:24 No comments: