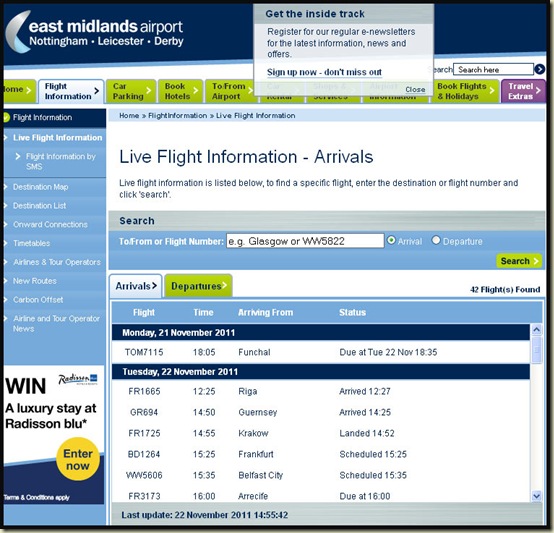 Cheats! They got an extra day. We hope they were well cared for… 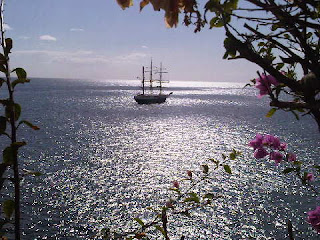 Mick is at the tiller.

Sue is leaning forward at the bow, sunning herself.

Gayle is booming commands from the bridge. 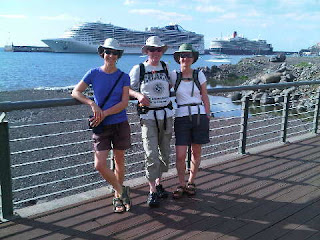 "Alright, perhaps not..." she accepted, after Mick had explained about the narrow walkways and dodgy planks placed high above the seething ocean, "I can see that 'cruising' has turned all these people into quivering, disabled, obese wrecks" she observed, scrutinising those fit enough to have been released from the confines of their quarters to run the Funchal lunch gauntlet.

It's 9km from the Savoy Gardens Hotel to the other end of Funchal and back. We measured it. There was no need to do so as Gayle announced yesterday that she had met her target for the year at some point on one of the day's three levadas - five miles a day = 1825 for the year. She seemed pleased. She can now 'lard it' in front of the TV for the rest of the year, formulating energy sapping graphs whilst the rest of us soldier on in a bid to meet self imposed targets by the end of the year, fearful of the dire consequences of failure following the emergency enactment of President Sloman's 'Walk and Whisky' bill*.

Anyway, back at base, all was quiet until the daily ritual of 'The Quiz'. The now legendary performance of 'The Hikers' continued apace as they flew to yet another stunning victory. "It's a pity we have to leave tomorrow" whinged one Mick Blackburn, "I've never won anything before. Shame there's no prize!"

"Pass me another pint, obrigado" chorused the other three 'Hikers'.

*This piece of fiction proved just a bit much for today's editor, and the explanation of the bill has been left in reserve....
Posted by Phreerunner at 18:04 2 comments: