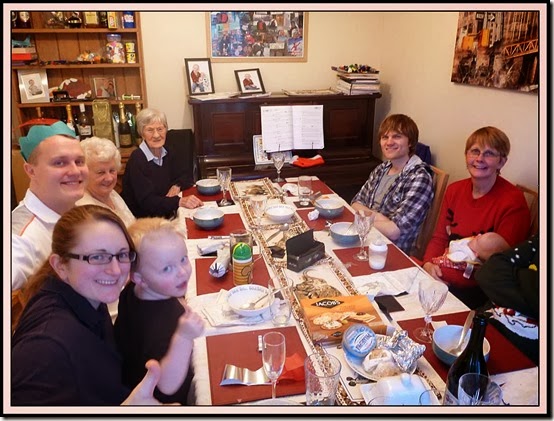 Here are Jacob and Jessica with mum and dad, Uncle Mike, and three Grandmas (above), plus two more Grandmas and a Granddad below. 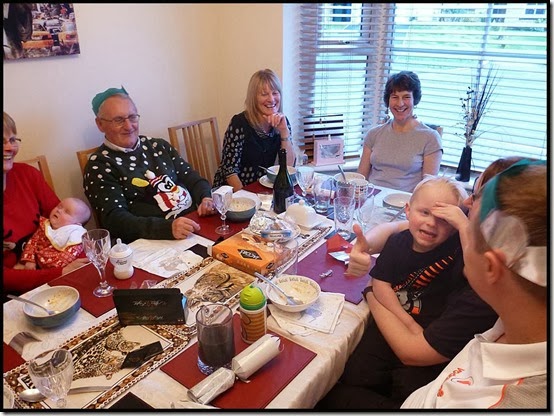 On reflection, I should have got a picture of all five Grandmas together. Hopefully we will reconvene again soon. 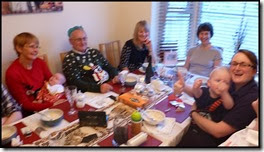 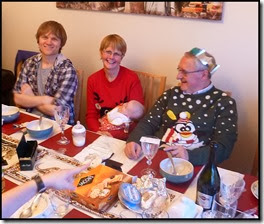 As you can see from the above images, my portrait photography is abysmal, so no more of it will be inflicted upon readers just now. Suffice to say that we enjoyed a family Christmas and New Year with friends and relatives, in a variety of locations and weather.  All very enjoyable and sociable.

Sue is back at the office today, having worked from home during the last week or so.  I’m left staring at a brilliant blue sky from our home office, which has today been allocated to completion of my tax return and Uncle Mike’s rather more complicated one.

Posted by Phreerunner at 10:18 No comments:

A New Canon G16 Camera, and ‘Nerves of Steel’ 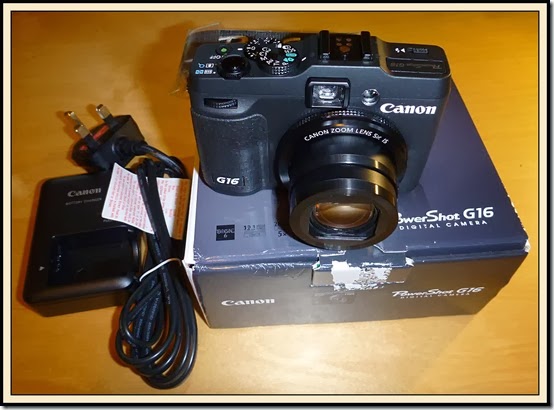 In 2008 I replaced my broken Canon Powershot S70 with a G10, which entered these pages in a blaze of publicity, here, here, and here.

That was replaced with the G12, which expired recently after just a shade over two years’ hard use.

I’m a sucker for punishment, so I chose the devil I knew, and ordered a G16, the latest in this series, to replace the G12, in which the lens had disintegrated internally.

Meanwhile, Sue has gone through a G9 (still functional but she scratched the lens) and is now on the G15, which was an option for me, but it would be too confusing for us to have identical cameras.

The G16 has a new sensor, and Wi-fi, so the box contents have shrunk greatly from S70/G10 days – there are no CDs, all instructions being on-line, and no leads other than the battery charger’s, which unfortunately is rather bulky.

I ordered the camera from a company called Simply Electronics, for a remarkably good price.  They took my money but nothing happened.  Queries were acknowledged and received standard, unhelpful, replies. Internet research revealed that I wasn’t the only person having problems, and I regretted not doing this research before I placed the order.

‘You need nerves of steel to deal with this company’ seemed to be the consensus.

I’d paid by credit card, so referred the problem – failure to deliver in the time scale indicated – to my bank’s Retailer Disputes Team, who were helpful.

Then, unexpectedly, the camera arrived, three weeks later than the advertised delivery time.  A pleasant surprise!  Not quite the end of the story, though, as the box didn’t contain a warranty card.  However, I’m assured by Canon that this won’t be needed if the camera does fail within twelve months.  I hope I don’t have to test that assurance.

I haven’t used the camera yet, as I’m finding my waterproof Panasonic Lumix DMC-FT4 to be a good performer in the showery weather.

We are still waiting for our ‘Good Customers’ award from Canon!