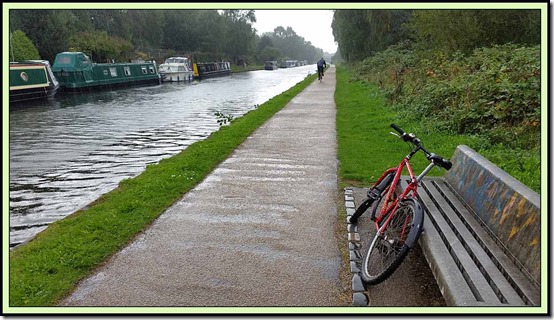 It’s nearly a week since we returned from ‘Summer in the Alps’.

The time has flown past. There were many emails to consider, and a bit of catching up with people – still not completed. Gibson was having trouble with image sizing for mobile postings to his blog. I think he has sorted it out now, but here’s the screen I find useful for attaching images at 10% of their original size. 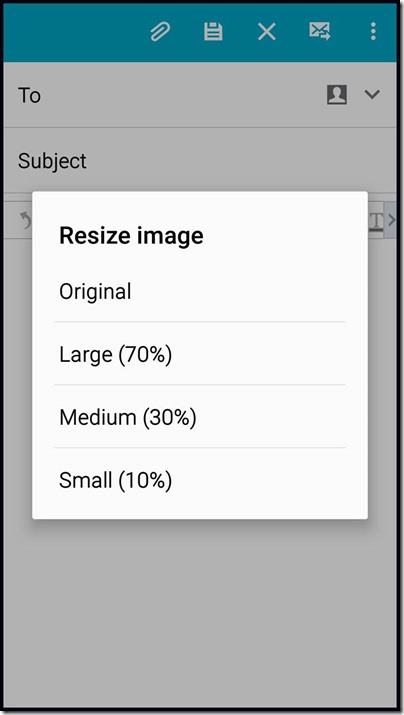 On Sunday, whilst I entertained John Clark (see previous posting), Sue shot off to the Manifold Valley for a walk with old friends. It rained. She took two pictures. Both of them were of her friends. 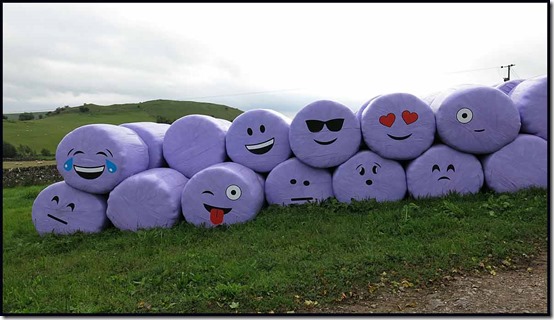 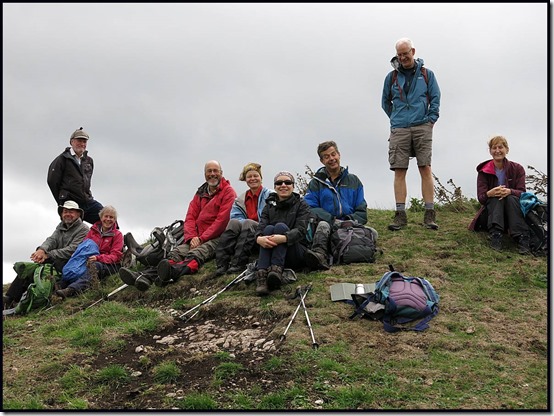 On Monday a bike ride took me to Stretford, then past my old house in Chorltonville (looking very smart), and around Chorlton Water Park. The south bank of the Mersey saw me pausing to watch the swans and mallards whilst hoping for a fleeting glimpse of the Kingfishers that live near here. What I really wanted was a picture of a Metrolink tram on the bridge in the intermittent sunlight. I gave up after being momentarily distracted and missing not one but two trams on the bridge. Next time perhaps. 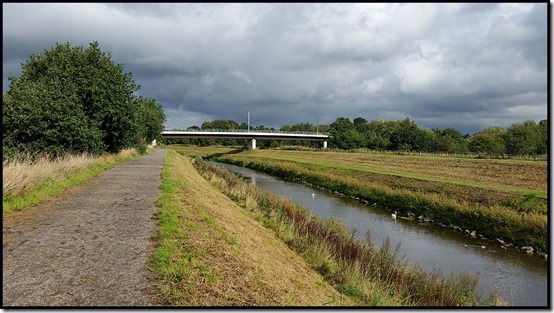 A plan to return home via the Trans Pennine Trail (TPT) was foiled by a path closure sign, with no help regarding a diversion route, so I did a there and back along the good trail to Urmston, and returned home via the canal towpath. A good 28 km ride, keeping me out of Sue’s way – she wasn’t working today, and followed by a visit to Eagley Jazz Club where John Hallam accompanied the Tom Kincaid Trio. Excellent.

Tuesday saw me taking the Skoda to Stockport to see to its water leak. I took the opportunity to continue into Manchester. My Rohan trousers had a faulty pocket zip; they are obviously not the first as the young lady who served me magically had the zip working before I’d managed to hand the garment over properly. Amazing!

A trip to Castlefield failed to source a ‘Source’ bottle for Sue, but did serve as a reminder of Manchester’s long history. I wonder what it was like when the Romans were here. (Timperley didn’t exist in those days – it was first recorded as a settlement in around the 6th or 7th centuries.) 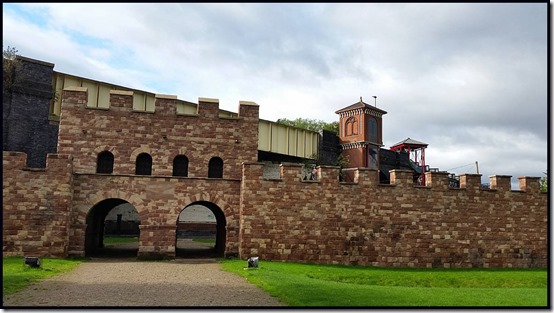 Wednesday had me picking up the car, duly repaired FOC, and fresh with a software upgrade. “There must have been a problem in order for them to do an upgrade” I was told. They agreed that a loose hose that was the source of the leak may have been caused by the efforts made by the engine to escape to freedom rather than endure the ‘Stop/Start’ feature.

I tried a bike ride in the opposite direction in an effort to get to the bottom of the closed TPT. That involves cycling along the towpath through Altrincham, leaving the towpath for the TPT at Seamons Moss Bridge. I was pleased to see the work on the restoration of the bridge complete, and appropriate traffic calming bollards installed. 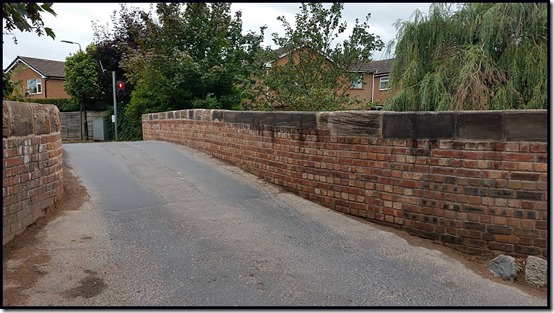 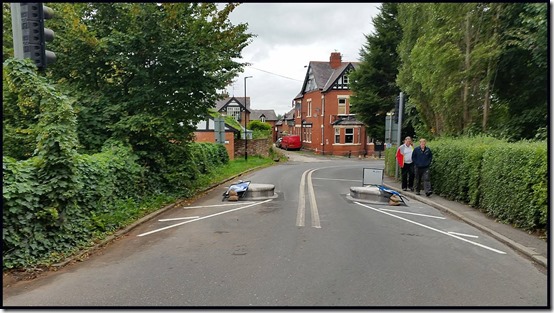 Further on, the sweet smell of Himalayan Balsam mingled with the less attractive aroma of horse droppings, and whilst the leaves are only just starting to turn, the jay infested woodland by Carrington Moss has a distinctly autumn feel (though not temperature wise). Elsewhere, the blackberries that were so prolific in August have all but gone, and the nettles have started to die back. It’s still pretty dry though. 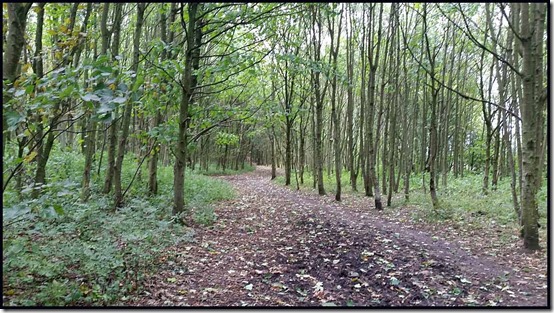 From this west to east direction, the TPT closure was signed, and there was work going on that clearly was blocking the path. There was an easy diversion that I hadn’t spotted on Monday. It’s a shame that this sign hadn’t also been placed at the eastern end of the closure. The route I take is normally 18 km; the path closure added 2 km to that today. I got a good soaking on the 5 km back along the towpath from Stretford (see top picture). Perhaps it won’t seem so dry next time I go out. 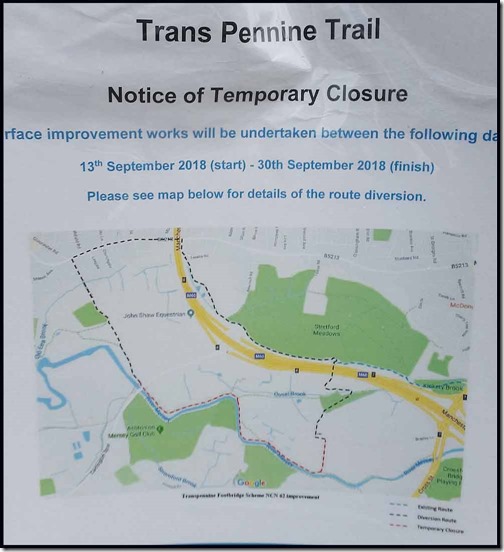 In between times the garden has needed attention, having apparently risen from the dead whilst we were away, and I finished Raymond Chandler’s ‘The Long Good-bye’ – a thoroughly enjoyable read despite a predictable ending.

That leads me to my next ‘book’ – my father’s diary that he kept from his retirement in May 1983, at the age of 60, to the end of his days in 1990. It’s a fascinating read that starts with all the effort needed to sort out the new house when he and Dot retired from Lincoln to live nearer most of their family in Staffordshire. I know that later it will become a difficult read as dad had to deal with a terminal illness, but in that relatively short period he did achieve a lot, including family biographies and even a novel, for which sadly he couldn’t find a publisher.

Dad’s diary is a lot different to this one, being a daily record of his activities and thoughts. It would be interesting to have his thoughts on Brexit. I wonder whether it would have depressed him as much as it depresses us.

An Unexpected Reunion with John Clark 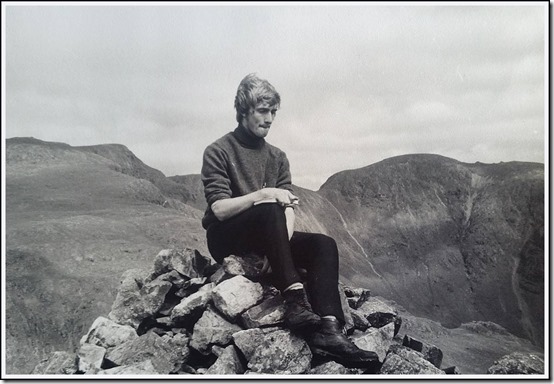 It was a pleasure last week to be contacted by a UMIST contemporary who I hadn't seen for many years. John Clark studied Chemical Engineering between 1968 and 1971, which perhaps overqualifies him for his current occupation.

Those who remember the shy young lad from days past may be surprised to learn that he now runs a massage parlour in Glasgow.

He was in Manchester for a reunion of Chem Eng students. A sort of 50th anniversary party. Time flies.

He called round to see me in Timperley and we enjoyed a good natter, recalling old times when, having left university in 1971, he and Roger Freeman and I arranged regular meet up activities that were the precursor to the programme that I produced every year before transferring it to a rolling programme on topwalks.com nearly twenty years ago.

That programme continues to this day. I'll shortly be organising some short mid week walks.

We agreed that we should make the effort to see Roger in Yorkshire, sooner rather than later.

I’ve dragged a few photos from the archives. The top picture shows John in the Lake District during a trip that he and I had to Wasdale in July 1972. Is that Kirk Fell in the background?

Below, he and Roger look out from a vantage point on the island of Mull, in May 1972. 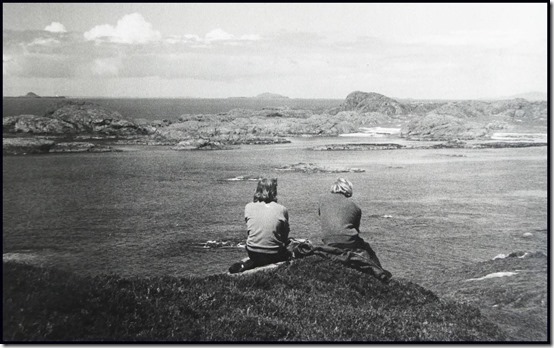 As some readers may know, I walked the University Rag Walk – Bogle Stroll – a 55 mile saunter, on numerous occasions.

By 1973 I had joined Thornton Baker. I named our team the ‘TB&Co Mad Ones’ and enlisted various ultra fit colleagues who mostly dropped out. To make up the numbers, Anna and Jacqui, my flatmates, were coerced into joining up. In those days I finished around breakfast time (we started at midnight, in February) and went out to walk in with others and generally help out with the Tech Domski Hiking Club’s many participants. Here, my two flatmates, who finished in 18 hours 40 minutes (Anna, Jacqui was ten minutes behind) are pictured together with John, who doesn’t appear on the list of finishers. Perhaps he got arm strain from carrying that bag? A and J would never have lived it down had they failed to finish. They feature quite regularly on these pages, and it’s good that John has now joined them. 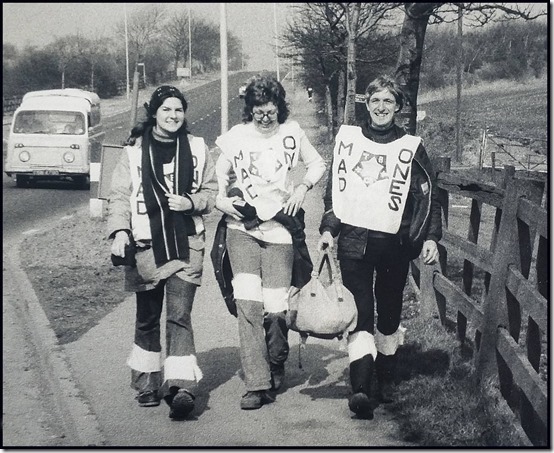 Finally, for the time being, here’s a photo that I’m having trouble dating – perhaps the mid 1970s. From L to R: Beryl, Roger, John, Roger’s friend who drove a Morris 1000 Traveller with a corrugated iron roof, Gary (who I’ll be seeing next week) and me. I still have that anorak! It did many Bogle Strolls and many Lyke Wake Walks. 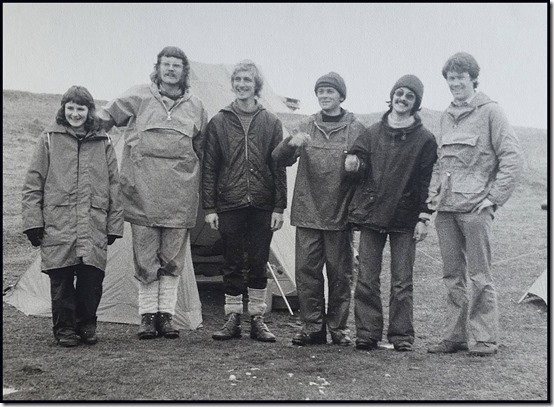 Posted by Phreerunner at 16:42 No comments: