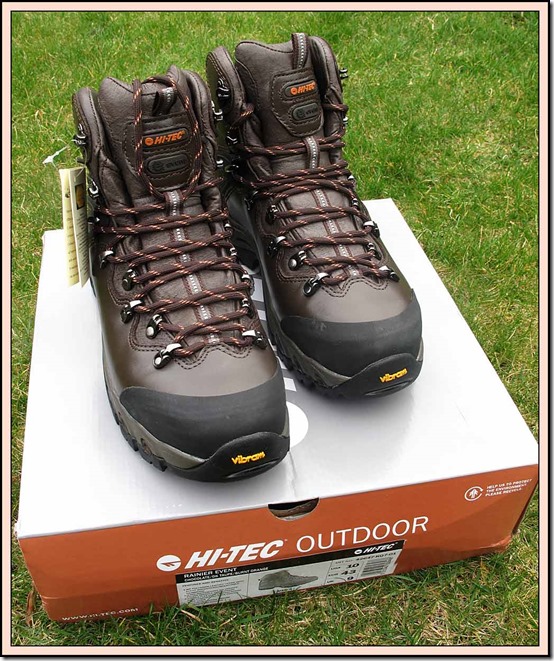 I’d reviewed a couple of items of Hi-Tec footwear:

and some trail shoes – here.

Both were extremely comfy, but they only lasted for about 500-600 kilometres hard use.

So after trashing these items I thought it unlikely that Hi-Tec would be prepared to send me anything else.  I was wrong.  I suggested some running shoes, but James Campbell at Hi-Tec was determined to prove a point.

“I’m happy to send you some of our Rainier Event backpacking boots, which really are our top of the range boots and will have no issue with durability.”

They looked pretty impressive when they arrived. 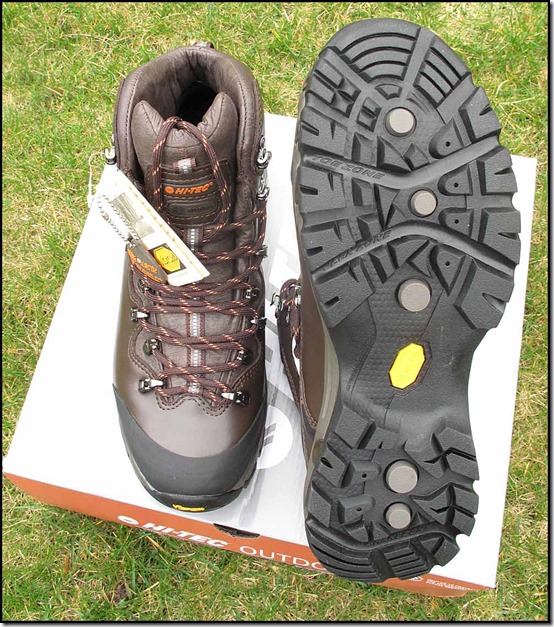 The Rainiers have now been replaced as Hi-Tec’s top of the range offering by the very similar Bernina boots, with HI-TEC’s website proudly proclaiming the following:

Here’s what I thought about the Rainiers. 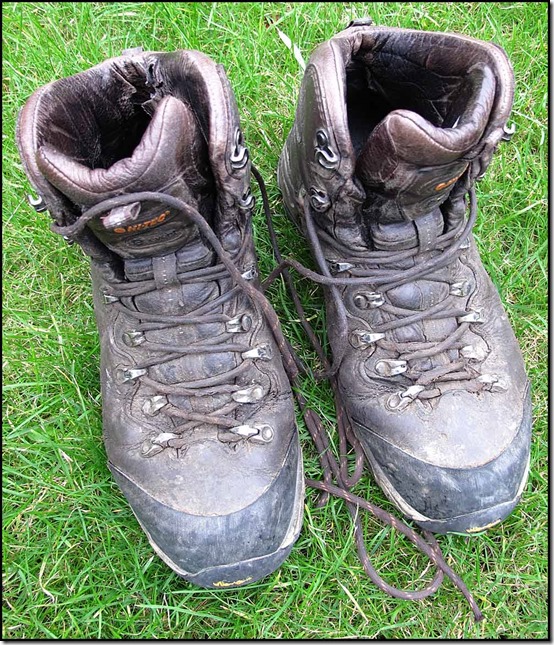 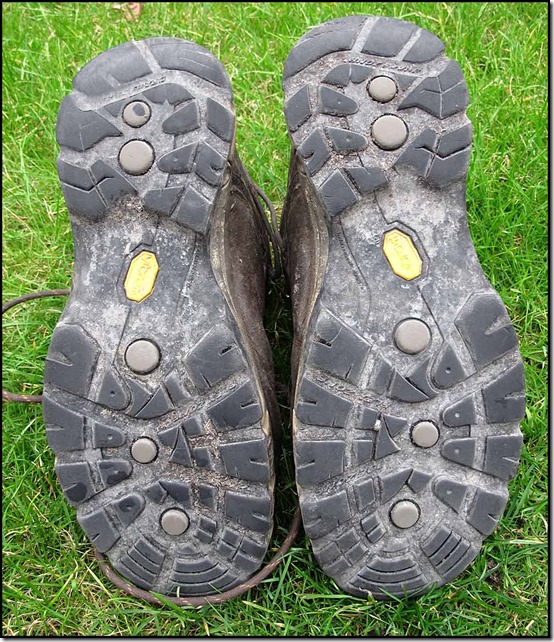 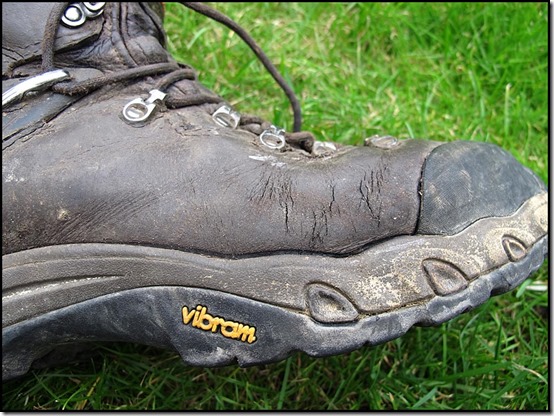 As you can see, apart from the damage inside the heel that is evident in the top picture, and the poor condition of the leather that is partly attributable to limited maintenance on long trips, the boots are essentially intact and would have continued in use but for that heel problem. 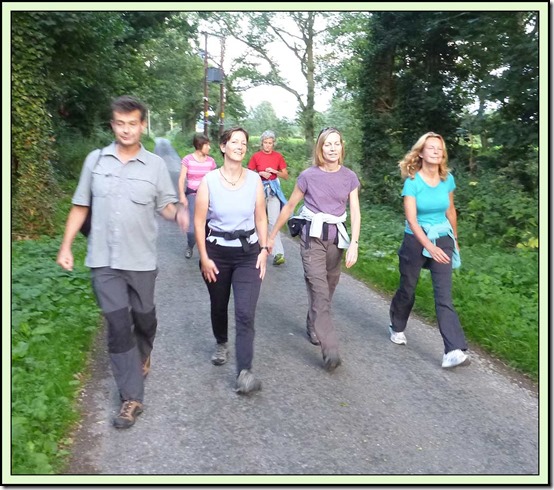 In my absence overseas, young Notchy took it upon himself to organise a couple of ‘Deepest Cheshire’ evening strolls, the second of which took place last night.

Notchy’s marketing agent ensured a good turnout, albeit JJ’s failure to attend due to ‘Dad Duty’.

The Egerton Arms, just outside Chelford, is a good place to start such jaunts, with a friendly landlord and good beer.  It dates back to the 16th century, and the current owners do have a vaguely local connection, in that Jeremy’s granddad was Glynne Jones from North Wales who produced the first ever hay bale machine called ‘The Jones Baler’, the bright red icon of farming equipment that every farmer grew up with after the war, presumably attached to one of Alan R’s  smart grey tractors.

I like the bit of history in which the old coach house was sold off in the late 1890’s by the Egerton family to a private buyer who urgently needed to replace the old candle and gas lamps with electricity and thus he took down the fifteen or so black chandeliers. On doing so he found that they were made of solid gold, which made him an overnight millionaire, so he sold the pub on to a brewery.

Notchy did find quite a few paths, as well as these quiet lanes where I took the chance to collect a few snaps.  He’s shown below, explaining the ups and downs of high level backpacking to an itinerant gardener. Lagging behind, Bridget and Sue were preparing to sort out Richard, who seemed to have got tangled up in his own legs. 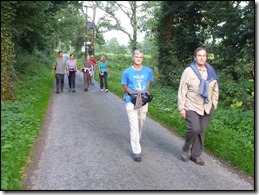 The motley group welcomed a newcomer tonight, Sandra, a Dunham Massey volunteer gardener like Bridget, who chose a good evening to come along – it was warm and summery, ideal for a chatty amble.  We’ll yearn for evenings like this in the months to come. 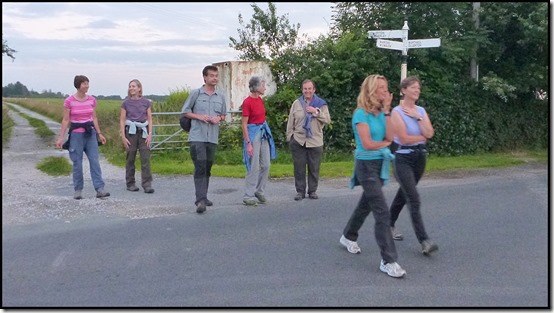 Anyway, Sue, Jenny, Richard, Bridget, Andrew, Sandra, Mary, and out of shot Graham managed to survive Notchy’s 8 km course, despite 50 metres of ascent and the occasional nettle – not to mention a severe deterioration of visibility, and refreshment from above, towards the end of the walk, and by around 9.30 pm we were all back at the pub and tucking into much needed rehydration fluid.

A very nice route, and a good turnout – well done to the organisers. 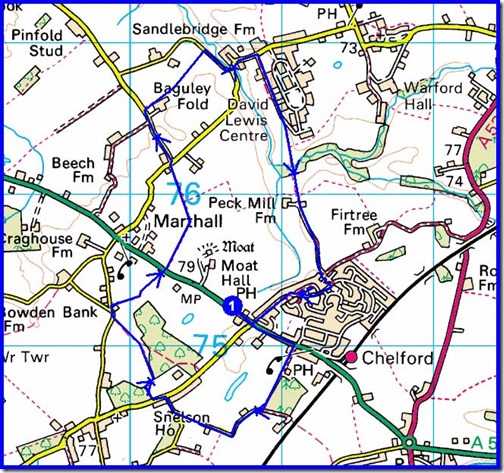 There’s another evening walk next Thursday (29 August), starting at The Harp (SJ 290 760) at 7.30 pm for a 7-10 km wander around the Wirral. All are welcome.  There’s also a day walk in the Peak District on Sunday 6 October, starting in or near Buxton.  More details can or will be found on our web site here.

Some readers would certainly also enjoy some of Stockport Walking and Outdoors Group’s upcoming Wednesday evening talks – details are here.

Posted by Phreerunner at 22:44 No comments: 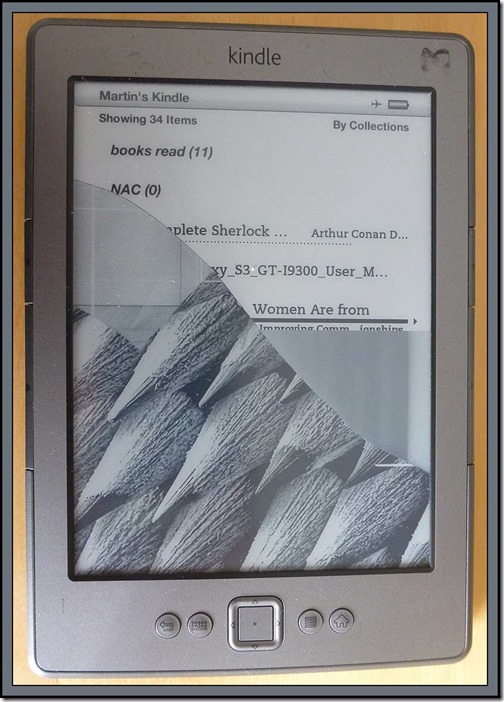 The Kindle is 18 months old, so out of warranty.

I think this is a terminal problem.

The lesson to be learnt is ‘however good you may think your Kindle case is (my Kindle was kept between two sheets of plywood like material in an envelope), if you keep it for more than three months in a rucksack that is also used as a sitmat, it may eventually fail’.

Judging by what I can see of the screen, at least it seems to have saved the house from the litter of 11 books that have been read and a further 23 that may have been partly read or are ‘pending’ or for reference (eg ‘phone and camera manuals – the ability to keep PDF files on the Kindle is very useful). 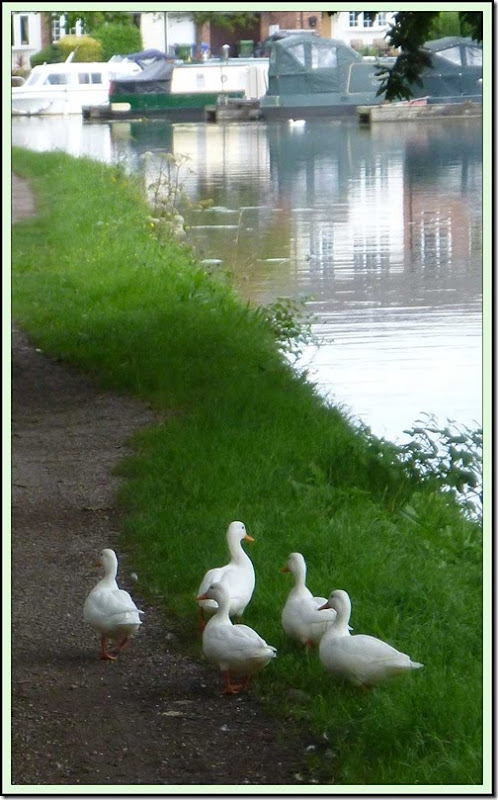 Whilst we were away, somebody seems to have bleached the local Mallards!

Actually, we remain in the Pyrenees in spirit in that Humphrey passed through last night. By now he will be in Pau or even Etsaut, for a couple of of weeks’ walk to Bagnères-de-Luchon. He should be ok for a day or two as we gave him a ‘cake’ supplement to his freeze dried larder.  His S3 phone is the same as mine, so he has the technology to report on his progress, but perhaps not the inclination.  Anyway, if we do hear from him we’ll let you know how he’s getting on, as I know Humphrey is well known to a number of readers of these pages.

Meanwhile, our own trip will be re-lived as we plough through the massive job of editing the photos, and editing another document – more of which later.

Reading about other people’s exploits will be an enjoyable ‘aside’, especially once I’ve set up an an alternative to the discontinued Google Reader service. I’m sure that the withdrawal of that service will have resulted in a reduction of page views of Blogspot (Google) blogs, many of which sport advertisements from which Google profits.  So I don’t really understand why the service was withdrawn.

Never mind.  Hey, weren’t there six of these before… 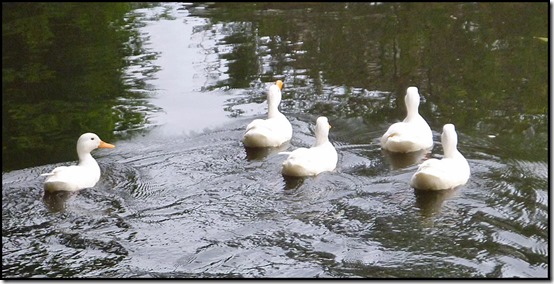 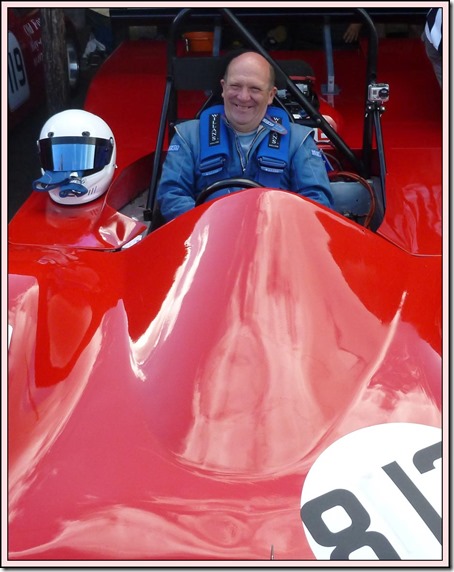 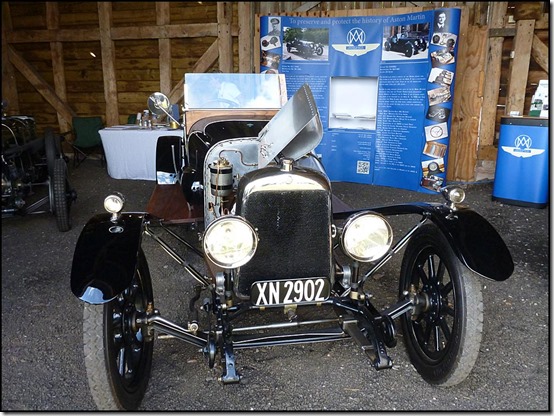 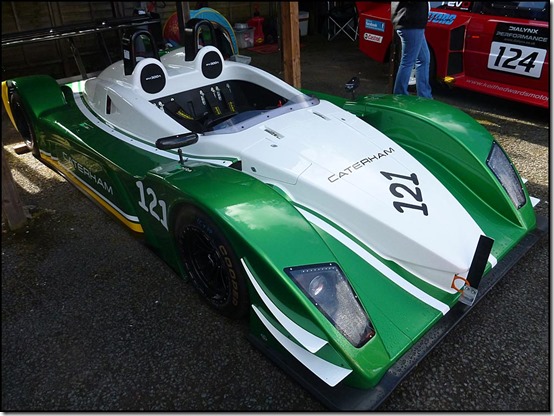 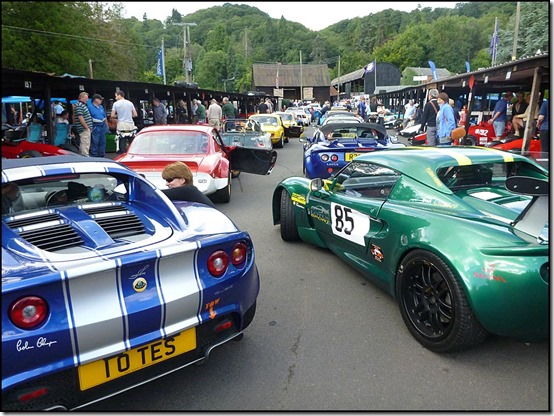 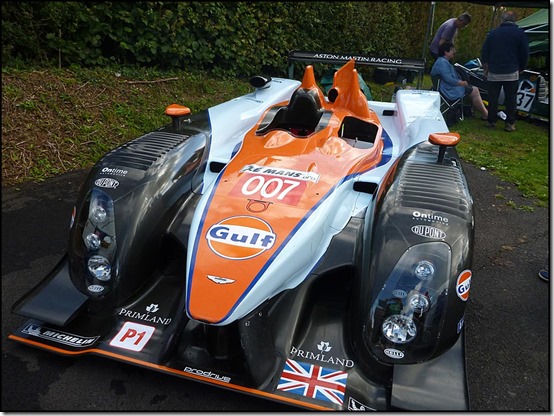 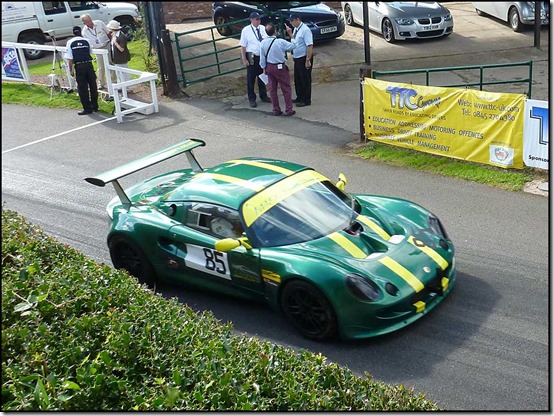 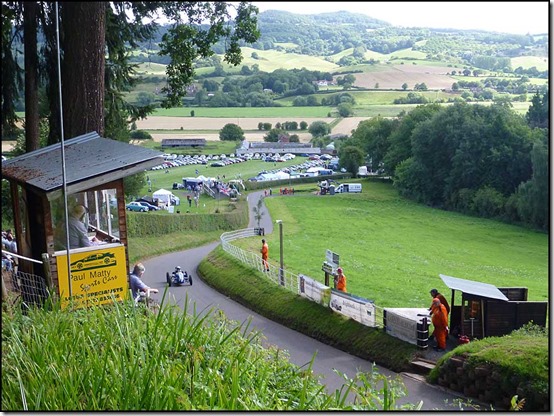 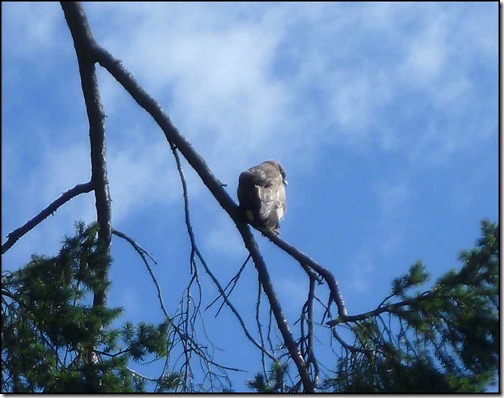 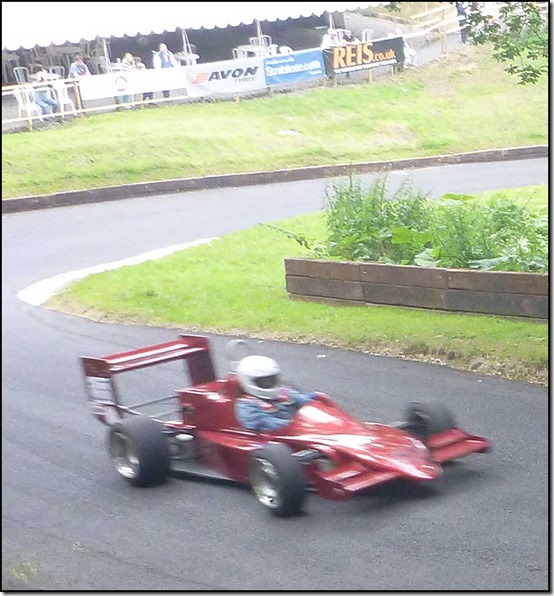 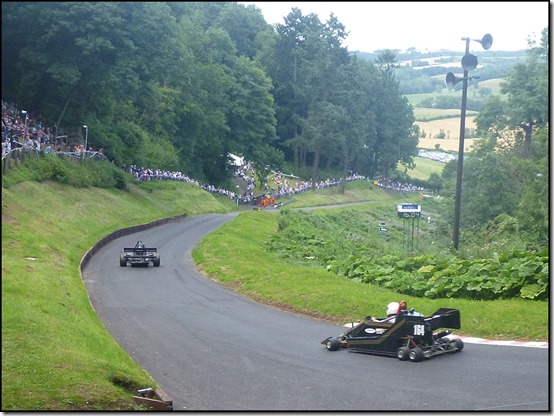