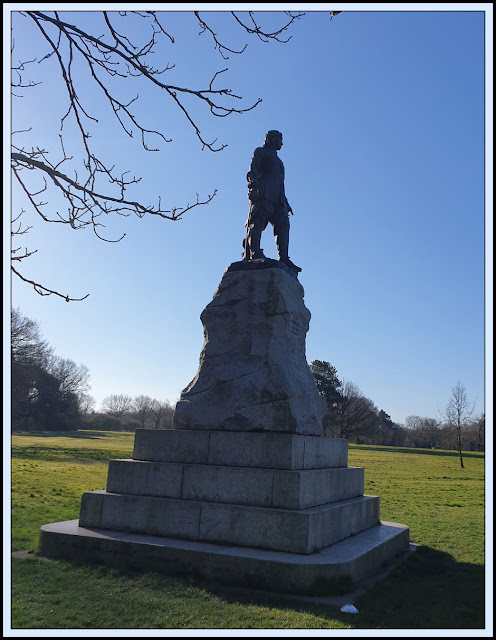 Overseen, as usual, by Oliver Cromwell - on a deliciously sunny morning and the warmest this year.

As you can see from the next picture, Sue and I were not amongst the leaders. 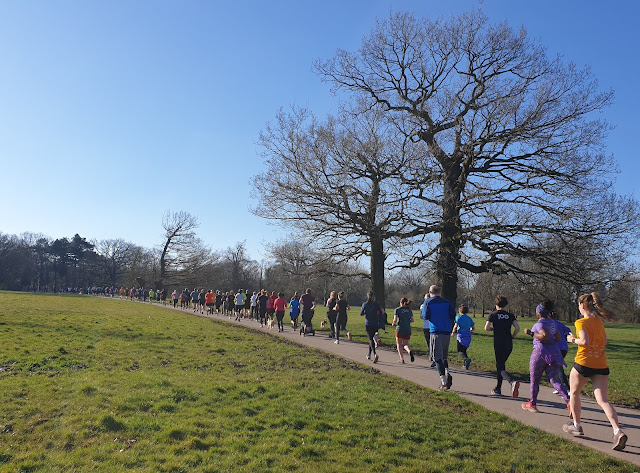 She slowed down for dodgy Achilles reasons, and wasn't out of breath at the finish. 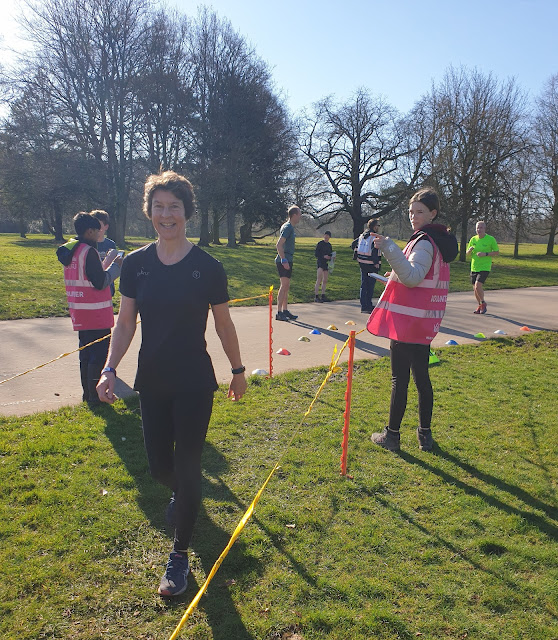 Then coffee in the Courtyard, and the full results are here.
Posted by Phreerunner at 16:07 No comments: 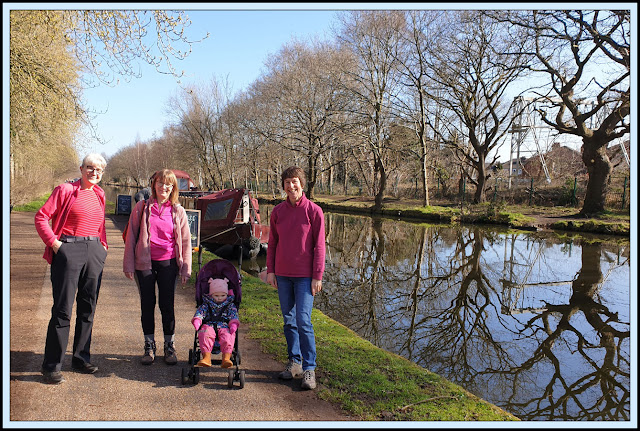 A chance encounter with Martha and friend, by the canalside cafe 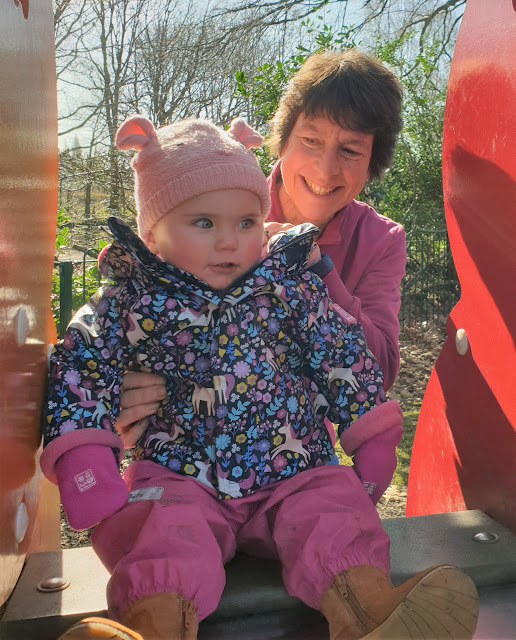 Getting ready to slide 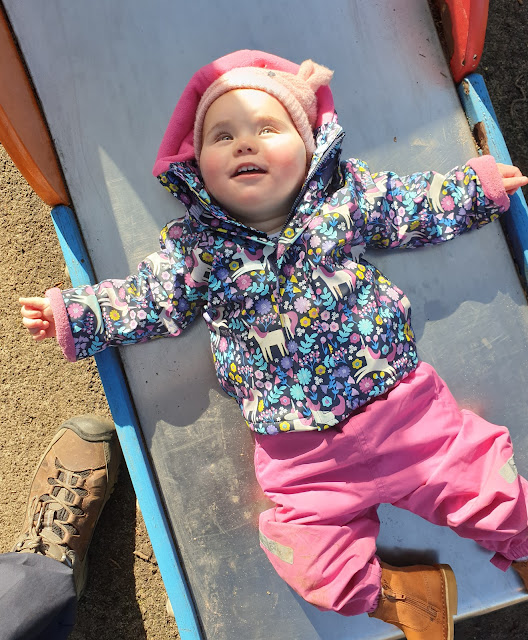 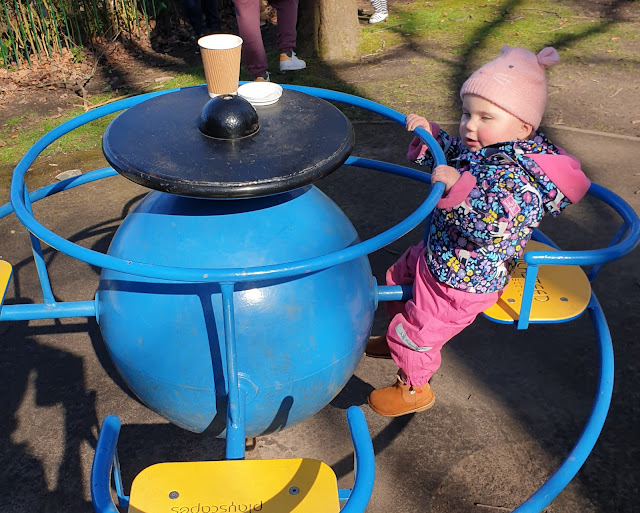 "Grandad, you've left your coffee behind..." 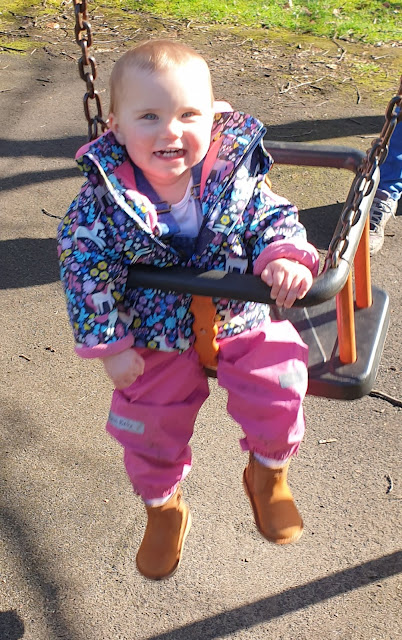 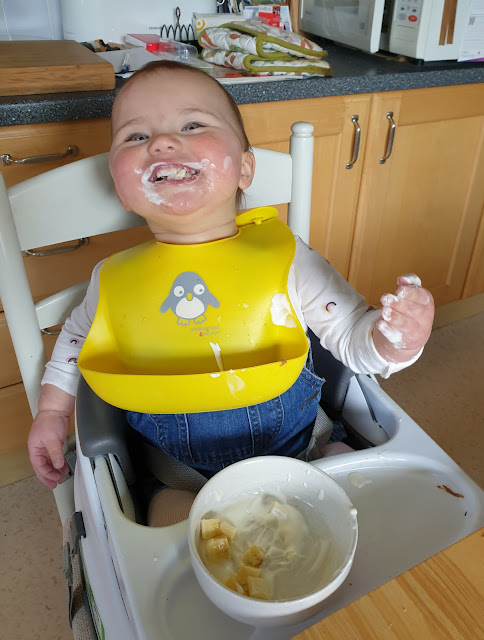 "Who needs a spoon to eat yogurt, when they are only 18 months old..."
Not to mention the loudly chirping house sparrows, the ducks and geese that were fed, the failed handstand, the long sleep, the long walk, watering the plants, and the reluctance to say 'goodbye, see you in two weeks' time'...
Posted by Phreerunner at 21:34 No comments: 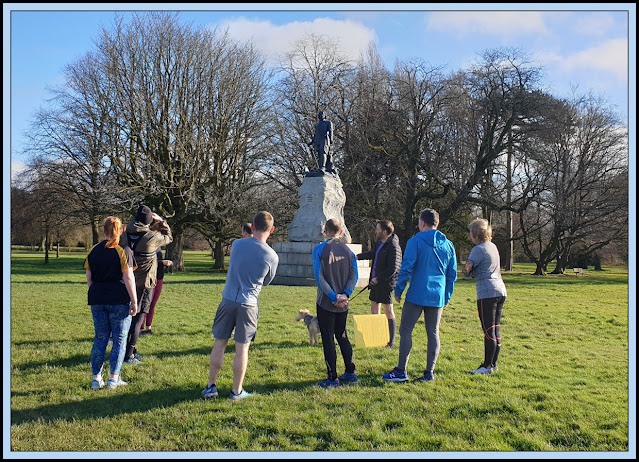 It was a fine but chilly morning for my 200th parkrun at Wythenshawe, the first one being back on 3 December 2011, when there were just 17 participants, several of whom have subsequently become firm friends.

These days there are nearly that number of first timers each week. Some of those in today's clutch are seen above being briefed by Oliver, assisted by Fred and Alan (who was one of those present in 2011).

Many of my 200 runs at Wythenshawe have been completed in the presence of Michael, pictured below finishing his 374th parkrun, of which 215 have been at Wythenshawe. We are the same age, give a week or two, and he who is 'less injured' usually comes in ahead of the other. I hope your Achilles injury resolves itself, Michael. 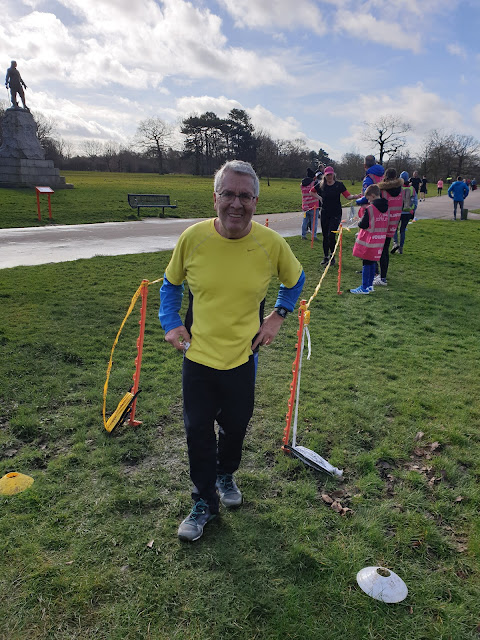 As usual, we adjourned to the Courtyard Tearooms. Not many others came in. The staff have not exactly been welcoming over the winter, discouraging custom. But today, Jeanette will be pleased to hear, they were comparatively bursting with politeness, and the toilets were even open from 8:30, meaning there really is no excuse for anyone to need to pee in the bushes! Somebody's complaint has clearly borne fruit.
Here we are, with some of Wythenshawe's stalwart runners, all very good friends. Thanks to Andy W for taking the photo. 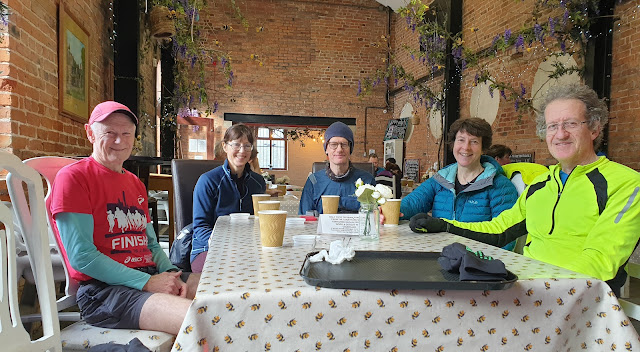 Posted by Phreerunner at 08:53 No comments: