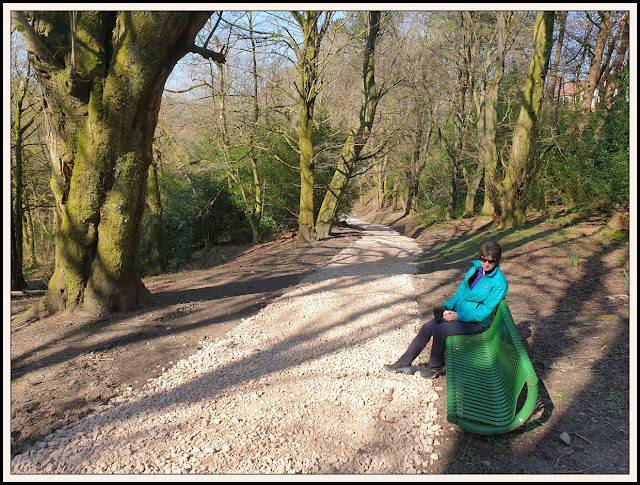 This was our first walk from Mark Sutcliffe's Cicerone guide to 40 walks in Lancashire.

Sue joined me on a sunny day, for the walk that starts by Sunnyhurst Wood, near Darwen. A new gravel path (pictured above) led down to a large construction known as the Greenway shelter. This was apparently a gift from Charles Spencer Greenway in 1912. 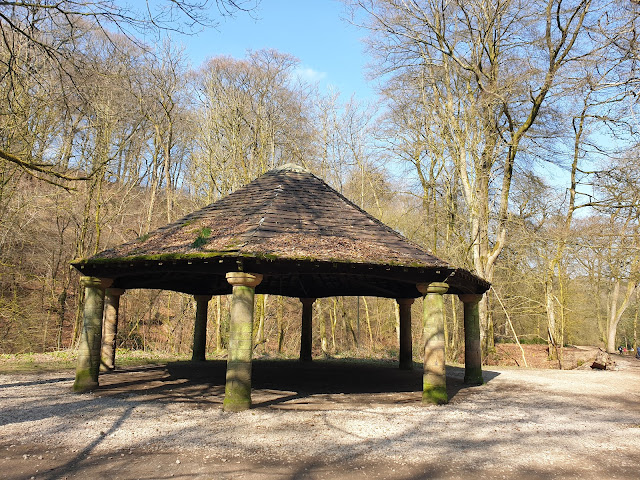 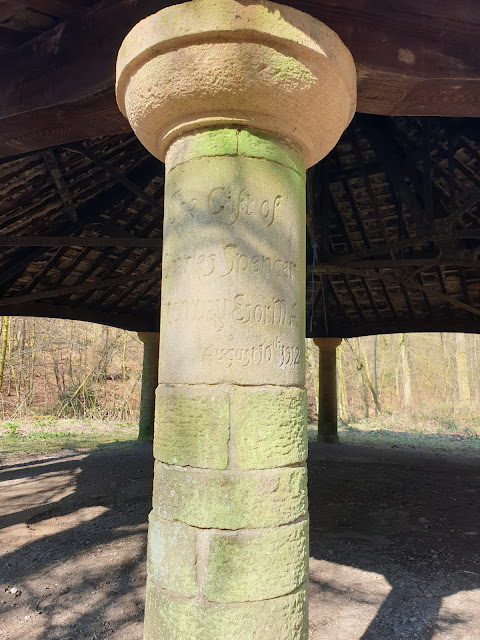 The wood is clearly being improved as an amenity for walking, and for cycling for children (strictly no adults), but the fishpond awaits attention. The path chosen by Mark - there are many alternative routes both through the wood and up to the tower - exits by the corner of Earnsdale Reservoir by a ‘no adult cyclists’ sign, then ascends with improving views across the reservoir to Darwen Tower. 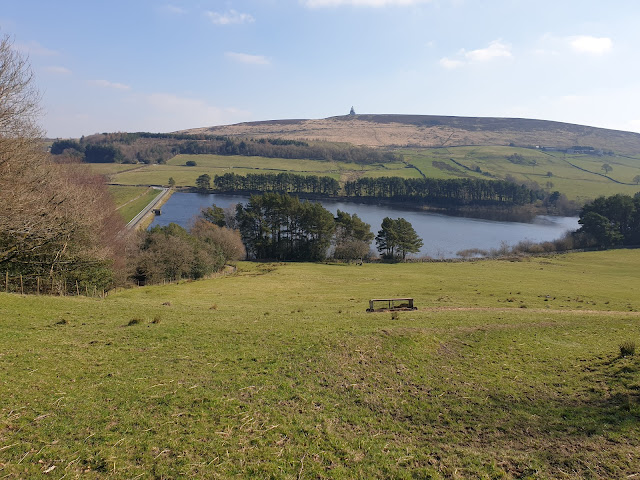 A bridleway soon took us past the chatter of chaffinches and down to Roddlesworth Reservoir and the crossings of various feeder streams. 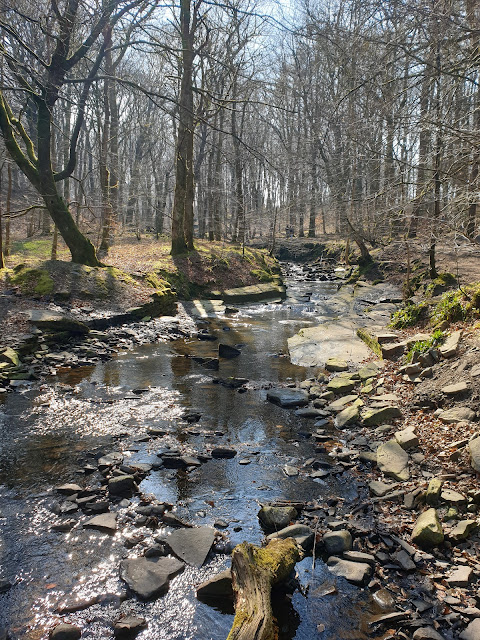 The route of the ‘Witton Weavers’ Way’ walking route was joined for the last few metres to the ruins of Hollinshead Hall. A tawny owl was vocal nearby, and grey wagtails flitted in the streams. The hall was built by John Hollinshead in 1776 on the site of a substantial farmhouse. In the early 1900s the Well House, in front of which I am pictured, was restored by the Liverpool Waterworks Corporation when they built the nearby reservoirs. 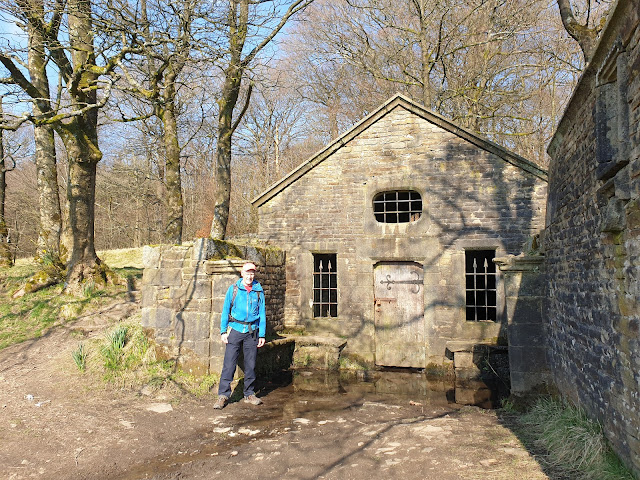 The rest of the hall was not restored! 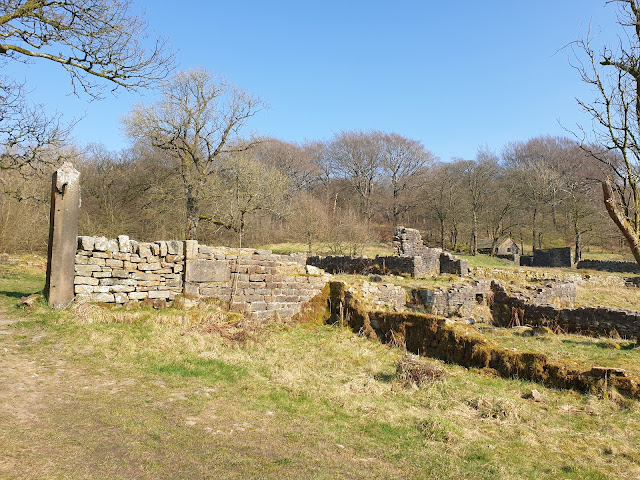 The sun continued to shine as we climbed through the trees to reach the edge of Darwen Moor. 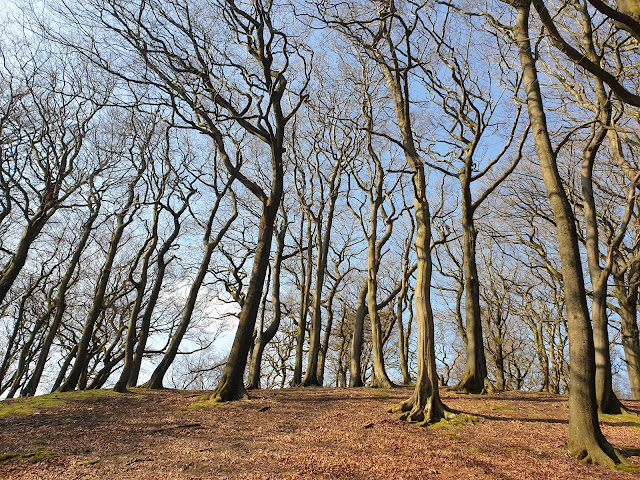 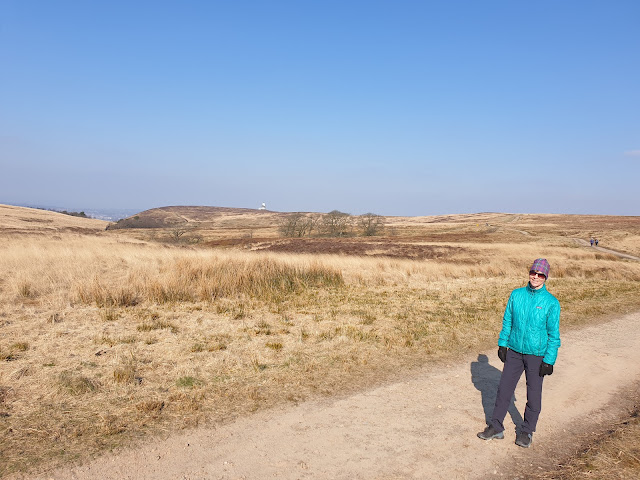 We started to meet a few other walkers as we ascended the track that wends it’s way gently up Darwen Hill towards the tower. Someone has carved a ‘this way’ sign into a substantial chunk of rock. 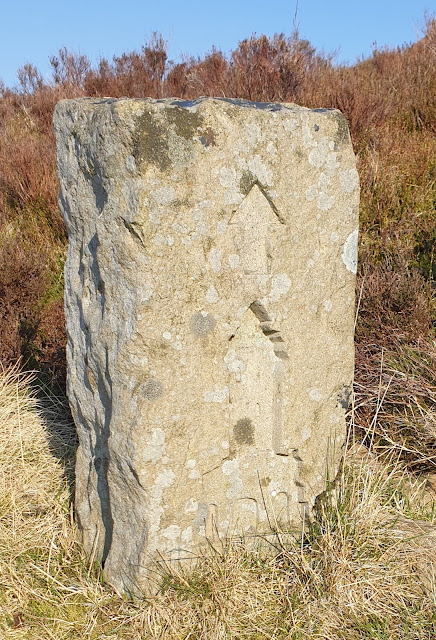 There were good views back to the reservoirs, but the current dry spell has brought with it hazy conditions, limiting the views towards the Ribble estuary, the Lancashire coast, and the ‘Three Peaks’ area of Yorkshire. 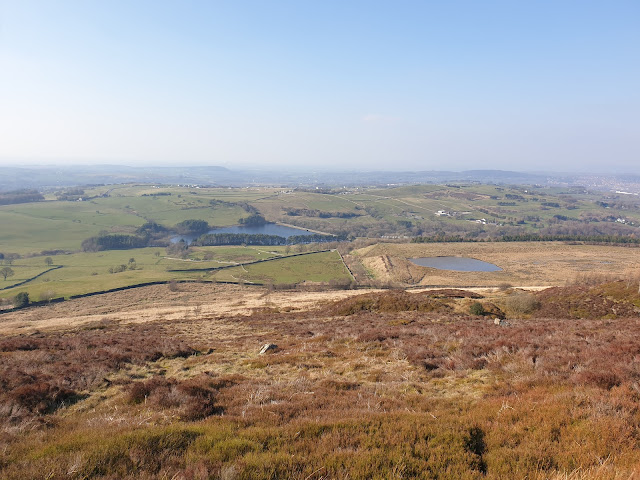 Darwen Tower does not look its best at present, covered in scaffolding and cladding. Perhaps it’s being renovated in preparation for imminent ‘Jubilee’ celebrations. I have a ‘fireworks’ premonition! 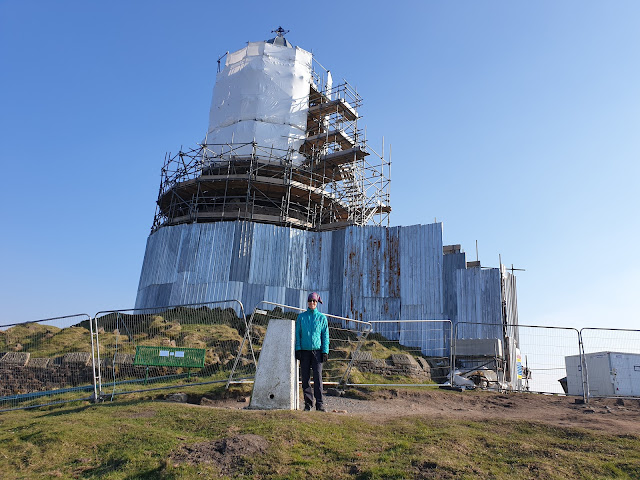 According to Mark, the tower was built not only to celebrate Queen Victoria’s Diamond Jubilee, but also to mark the victory of the townsfolk of Darwen in the right of access to the moors. Local workers skirmished with gamekeepers over access to the moor, which was eventually granted in 1896, around sixty years before the mass trespass on Kinder.
An easy, if steep, descent brought us out at the Sunnyhurst pub. It would have been nice to have sat outside with a beer for a while, but the tables were full, the sun not quite right, and I was self-isolating. 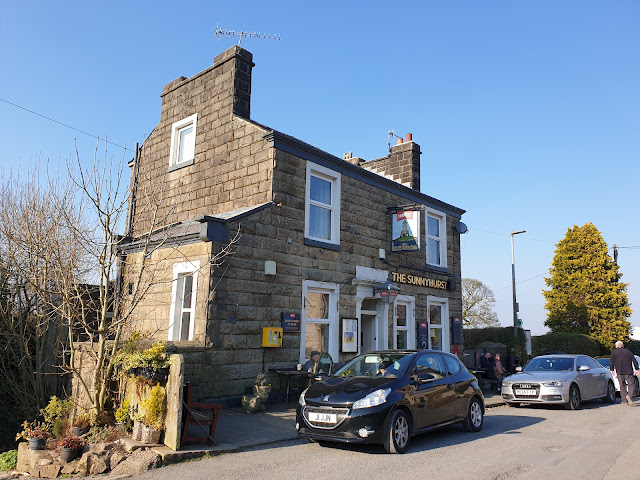 Mark’s route enters the wood directly from the car park, but on returning via the pub, the proper entrance to the woodland through an impressive lychgate is passed. You almost expect to find a church, but this really is the entrance to a wood! 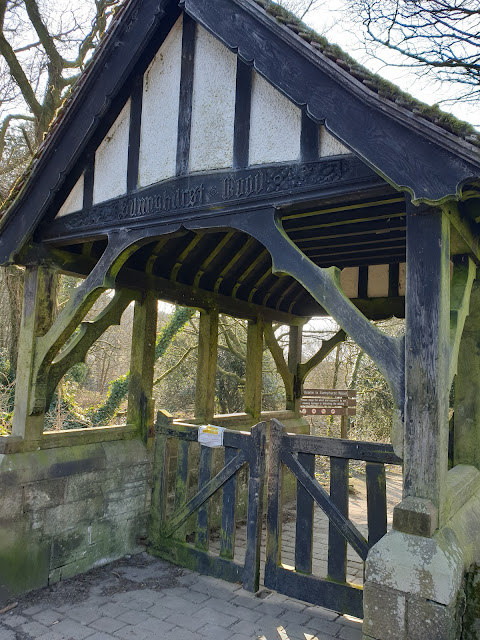 Here’s our route - anti-clockwise from the purple blob - about 9.5km with 300 metres ascent, taking around three hours at a leisurely pace. 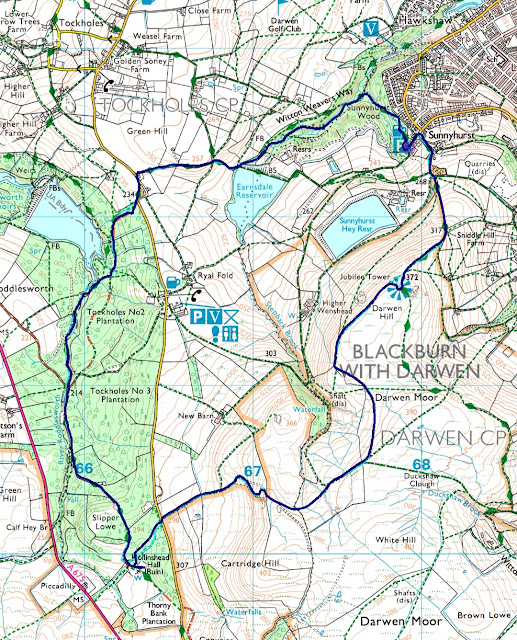 From this walk, we went to see my daughter and her children in Bacup. Sue went home later and I stayed to provide support and transport for Kate to and from Preston hospital, where she is having a six week course of chemoradiotherapy. I’ve been here in Bacup more or less ever since because Sue has gone down with Covid. I’m not afraid of catching it, but we certainly don’t want to give it to Kate. I’ve managed this posting, but there’s not much more of interest to write about, and any pictures have been downloaded to a PC that I can’t currently access. I’ve done a couple more of Mark’s walks, but I’m leaving it until I get home at the end of next week to report on them. Meanwhile, we are thankfully Covid free, and Kate is coping well (‘better than expected’) with the gruelling treatment.
Posted by Phreerunner at 11:40 4 comments: