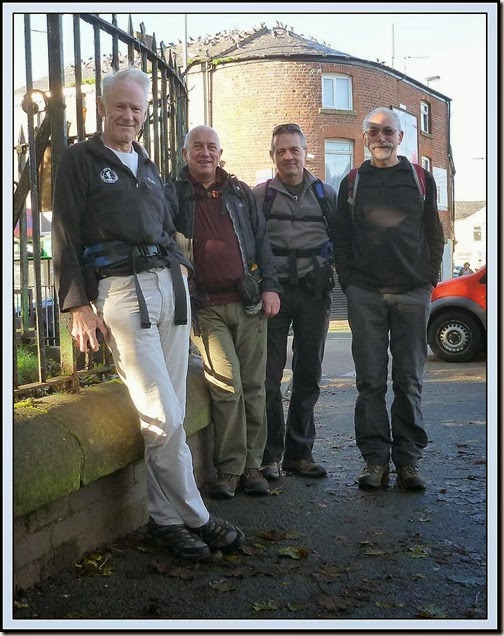 Four addicts assembled outside Heaton Park, on the anniversary of another curry walk.
Nobody said ‘Happy Anniversary’!
The sun shone brightly all morning, glinting blindingly through the bright green October foliage. 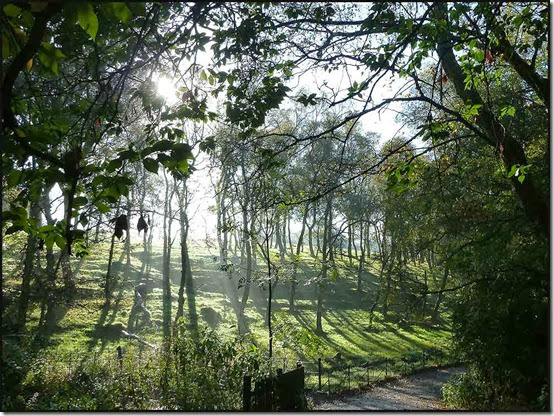 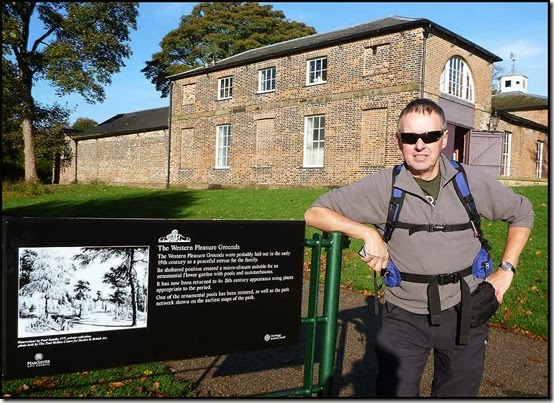 Looking inside Heaton Hall to an empty room through a steamy window revealed this ornate edifice, a sign of the building’s past glories. 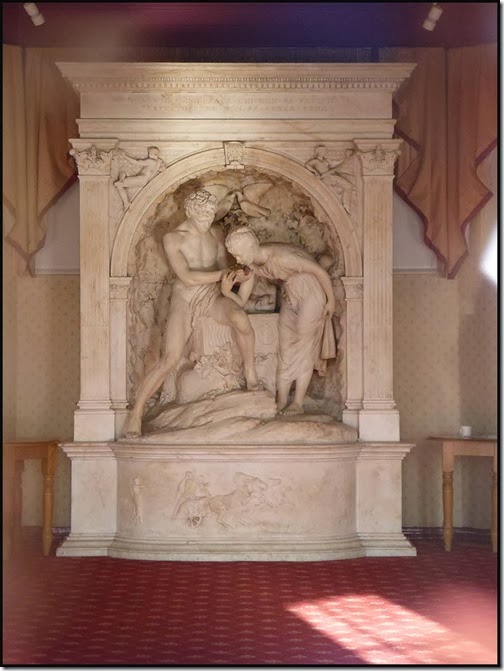 A Ha-Ha runs for some distance in front of the scaffolded hall. 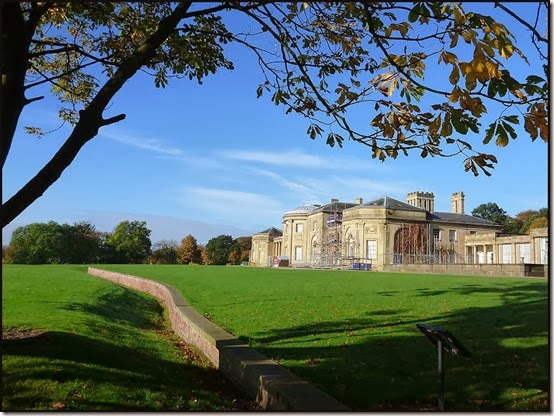 Curry called - Rick headed off towards Manchester whilst JJ admired the Ha-Ha.
A random jogger flew past, bathing our sedate group in a sweaty mist. 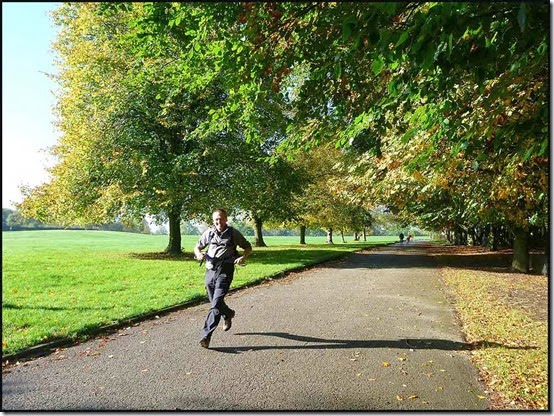 Before leaving the park by the gate next to Smithy Lodge, we did pause for a while for a dose of caffeine (did I say we were addicts?) and an infusion of cake (another sad addiction).
So, after about 4 km, Rick finally discovered our 'green lane' into town - the River Irk.
We passed quickly through Blackley Forest, under a canopy that glistened under the bright sun. 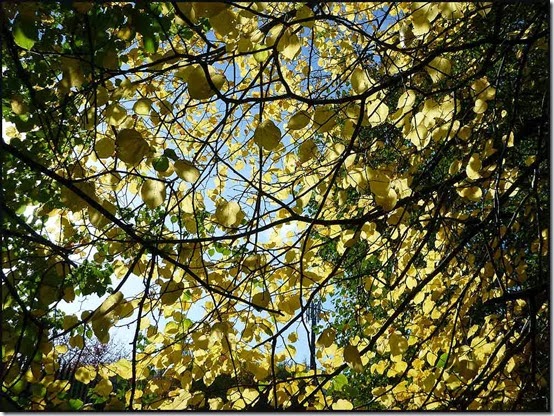 The route had became a little less rural by the time the dazzling architecture of Harpurhey revealed itself. 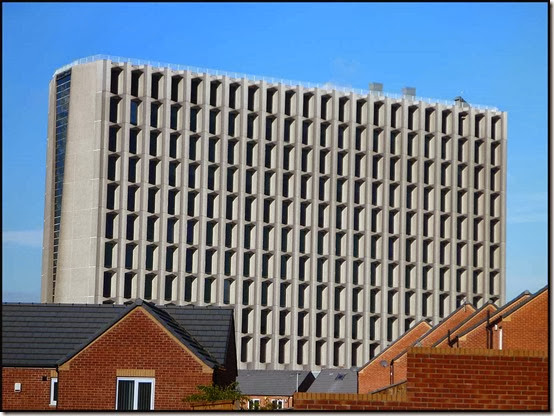 Large blue signs pointed the way into Manchester, but we still nearly lost several of the addicts. 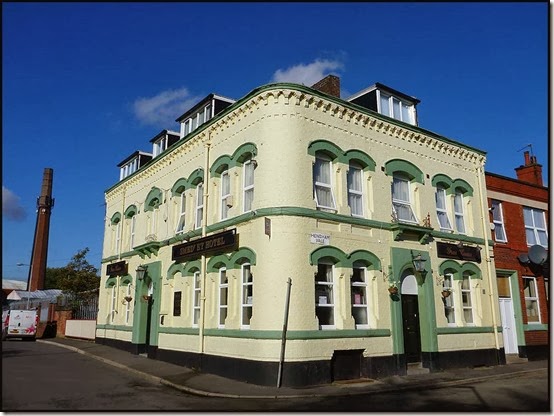 At long last, we savoured a second tea and cake break in this sunny spot beside the Irk. The benches weren’t that comfy. 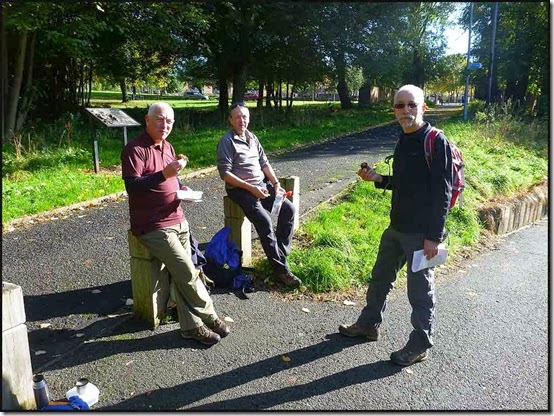 Towards Miles Platting, with the Metrolink line in evidence overhead, high banks of a variety of Daisy provided a mass of bright white flowers beside the River Irk. Odd bits of Himalayan Balsam and Rosebay Willowherb lingered in tired flower, but most of that was dying back. 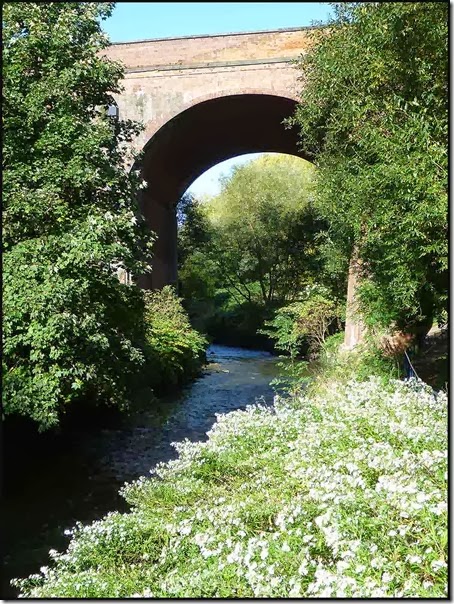 We'd like to know the history of this old wall, possibly part of one of the many mills that used to border all the waterways leading towards Manchester. 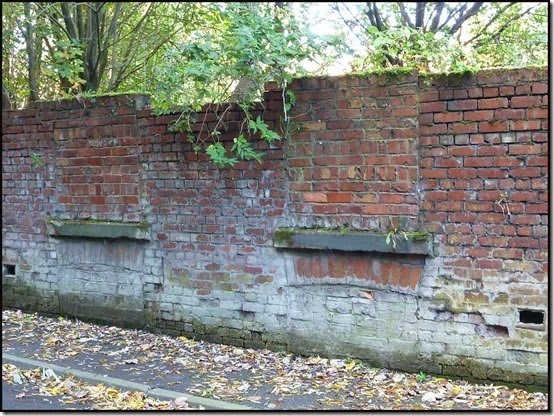 HMS Dreadnowt - nearly took out a birdbath when it crashed! 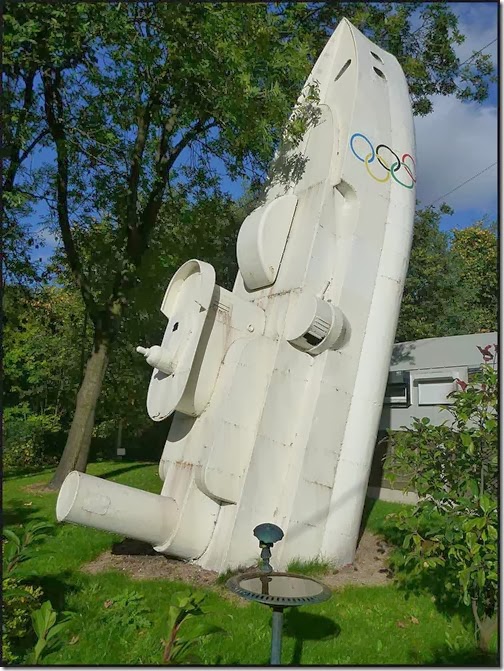 As we passed the old Manchester paint business of H Marcel Guest - a familiar name to those who spent their working lives in Manchester – the newer towers of the city centre came into view.

Curry called, and Rick moved into sprint mode.  He was once an accomplished athlete; these days he prances in fancy dress.

After pausing by the eponymous street, with impressive brickwork on view, we left the Irk to its culvert that leads it into the River Irwell.

Angel Meadow has been reclaimed from dereliction in recent years, and the cash-strapped Co-op has built an impressive new head office nearby. 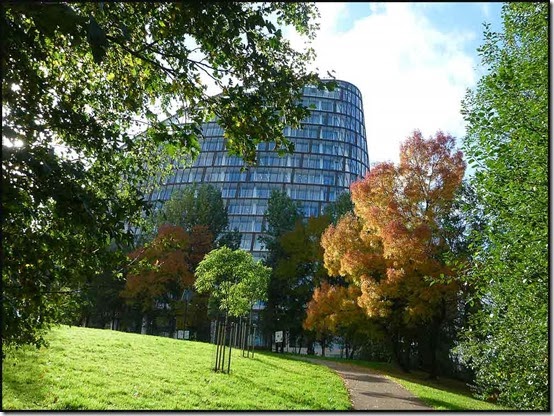 The camera battery expired here, as we wandered through 21st Century architecture to the warm comfort of This and That's curries and then the Ape and Apple's best Holts bitter. 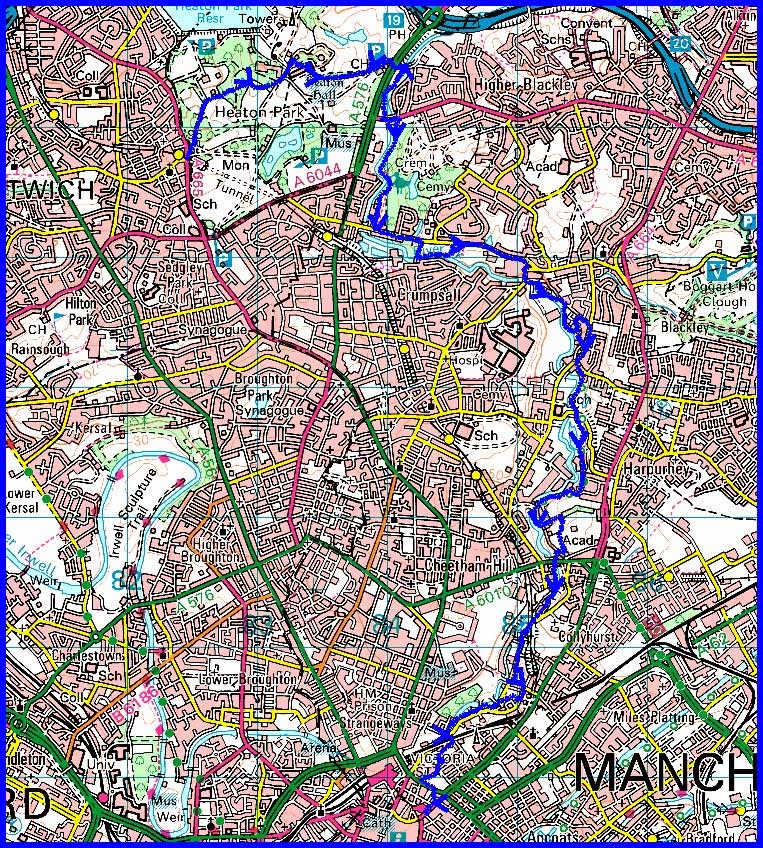 Here’s Alan R’s account, much more informative than mine, and JJ’s is not here, yet.  Rick doesn’t blog, but if he did he might call it ‘Prancing with Rick’.
Posted by Phreerunner at 17:03 3 comments: