Graffiti from the Southern Half (8) 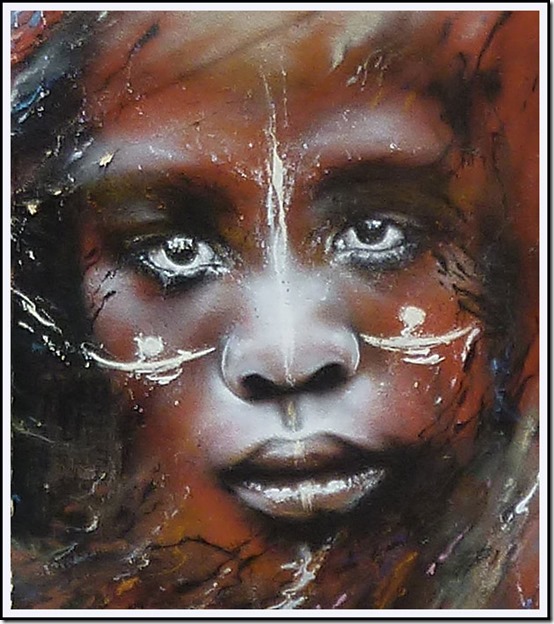 This is a detail from the mishmash of graffiti on a house (below) very close to our hostal. 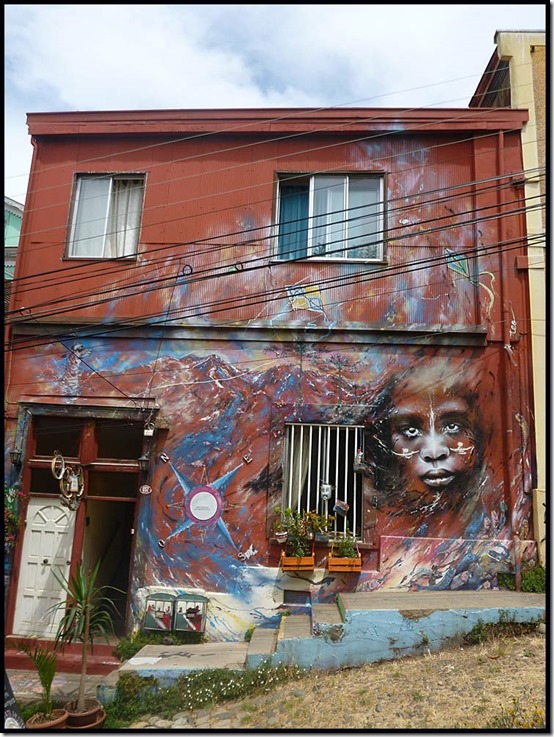 Here’s another photo taken from the same spot, looking up the steep road. Our hostel is a distant building on the left. 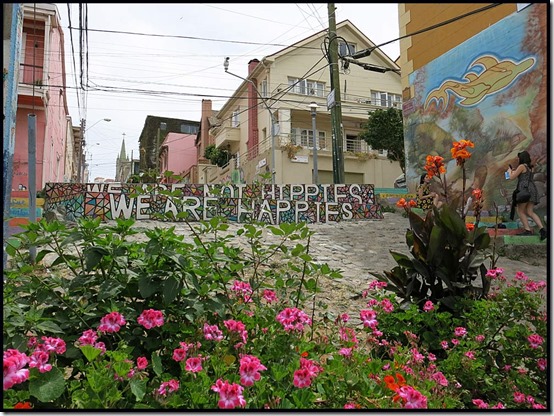 Posted by Phreerunner at 13:43 No comments:

Memoirs of an Insolvency Practitioner 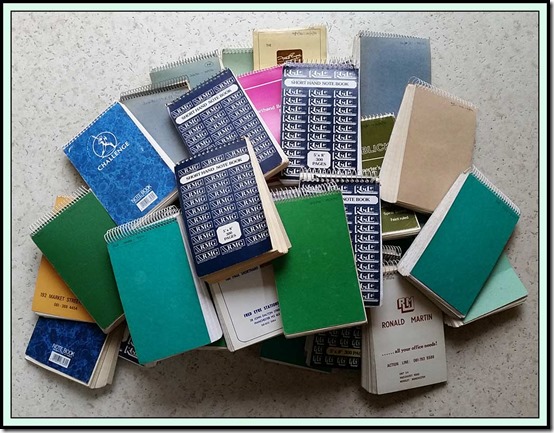 Any such memoirs will be from memory only. Twelve years after boxing up the diaries that recorded my entire career in detail, I decided that there was no longer any justification for keeping the contents of those boxes.

In deference to the recycling company I laboriously removed all the wire and filled our blue bin with thousands of the shorthand pad sheets that detailed, in fifteen minute segments, many years of work. 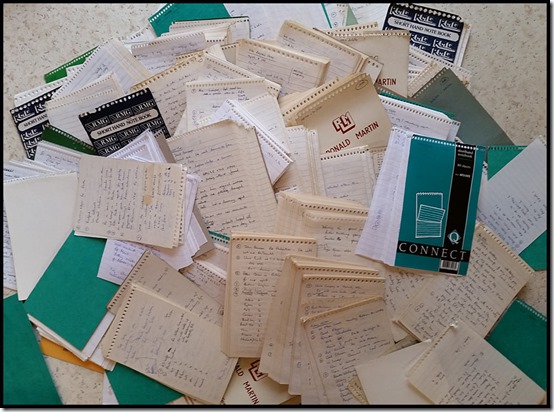 Perhaps I ought to write a short piece covering a few highlights of all those years whilst I can still remember them, but rest assured – that won’t reach these pages.
On the other hand…

Sorting through my archives today with a view to passing them on to Grant Thornton (they were collected this afternoon), I did come across something with amusement value: 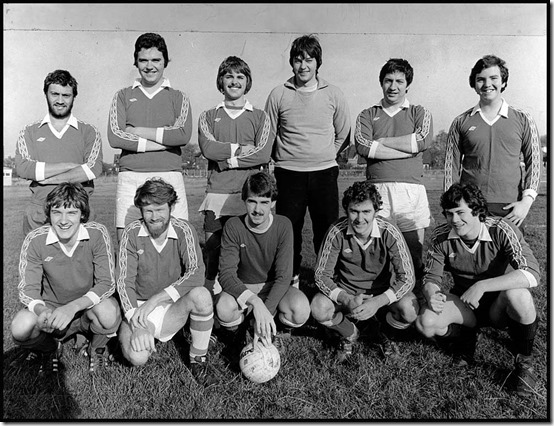 I think this dates from the late 1970s, before I moved from auditing to insolvency. Where are they all now?

The picture below is of a cricket team that won the Grant Thornton national competition, a prestigious victory as a number of offices sported individuals with ‘Minor Counties’ credentials. 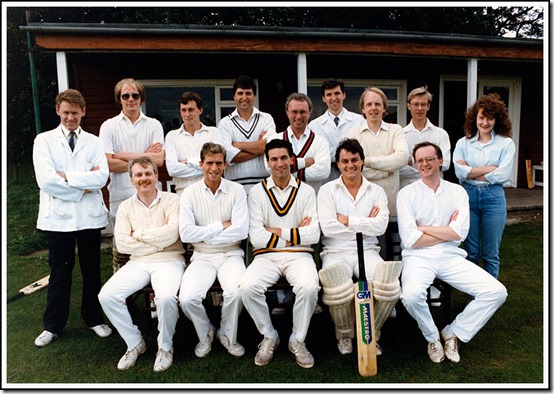 You’ll see (maybe) that I was umpire on this occasion, chosen because I never ever gave anyone out LBW. My eyesight wasn’t good enough! There were some cracking players in that team.

I did occasionally manage to wield a bat. Defence wasn’t my strong point. The short boundary at Alderley Edge was one of the few places that I could clear the boundary fielder. I also remember a ‘What Happened There?’ incident in an away match with our Liverpool office. I turned to the umpire, somewhat flummoxed, recording my belief that ‘but I’m not a bowler’. Gordon Hope looked at me and said ‘Maybe, but although you got that hat trick without any help from the rest of your team, you may have to buy a round later!’ Gordon, a Liverpool partner in the firm suffered the misfortune of being appointed to investigate Ken Dodd’s tax affairs. This didn't do his health any good and he died far too young. Very sad, he was a good man.

On another occasion I was umpiring in a game against our clients, Manchester United. They had some good cricketers. I asked one of their team what he did at United. “Assistant chef” he replied, “but I did play cricket for Glamorgan before that.” Anyway, it got to the last ball of the match. We needed five more runs to win, so all was going well – we could allow our clients victory (etiquette demanded this) and everyone would go home happy. Steve Bruce bowled a wide. I called it very late (wicket keeper Maurice Watkins later came to my defence – he was a good man to have on your side legally, as well as being a splendid cricketer) after our batman had missed the ball, so Steve had another throw go. The ball was hit fairly gently to Martin Edwards (remember him – the Chairman?) for two runs. So we had lost honourably by one run. But we hadn’t – Edwards threw the ball wildly, missing the wicket keeper and allowing two overthrows to be run. So we had won by one run, and my ‘late’ call of a wide was forever held against me. The United contingent spent the next half hour in their dressing room, apart from the only first team player who had turned out, Steve Bruce, who came to the bar at Bowdon Cricket Club saying “anyone would think we’d lost the cup final; I’ll bring Pallister next time, he’ll sort you out!”

A Brief Visit to a Distant City 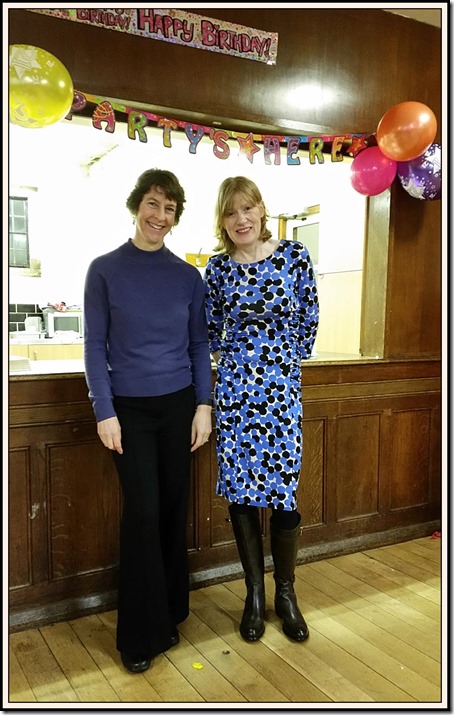 It was our good friend Anne’s birthday on Saturday. A church hall had been hired. Old friends would be present.

Earlier we were joined by TGO Challenger John Sheffield for our first visit to Stretford’s parkrun. It was the tenth running of that 5 km event. Our usual venue, Wythenshawe Park, has hosted 221 such events but is currently not available due to a waterlogged course. Stretford is a short, flat, fast course on a hard surface. 444 people turned up. It was crowded. There were a good number of Wythenshawe regulars in evidence, as well as John, whose home run is in Winchester. I tried to go slowly on this first visit, so as to be in a posoition to get a personal best next time. I’m not sure whether that plan worked, as my time was quick, albeit my position was well down the field. A survey of GPS owners indicated the general impression that this course is 200 metres shorter than the one at Wythenshawe, so no wonder that I finished a minute faster than I thought I was running…

Anyway, Sue and I were soon in transit to the distant city, a family visit featuring two shy budgerigars, then the big party with lots of friends.

Notable attendees were Doug and Margaret. Doug was a fine marathon runner in his day, and after his running career ended he completed the TGO Challenge on numerous occasions. He and Howard and Morpeth were most helpful to me at the end of my first Challenge in 2007, if I remember correctly. Doug uses a Phoenix Phreerunner tent just like mine. Margaret was a year ahead of me on the same degree course at UMIST. I hadn’t seen her since about 1973!

The evening was briefly punctuated by a short concert. 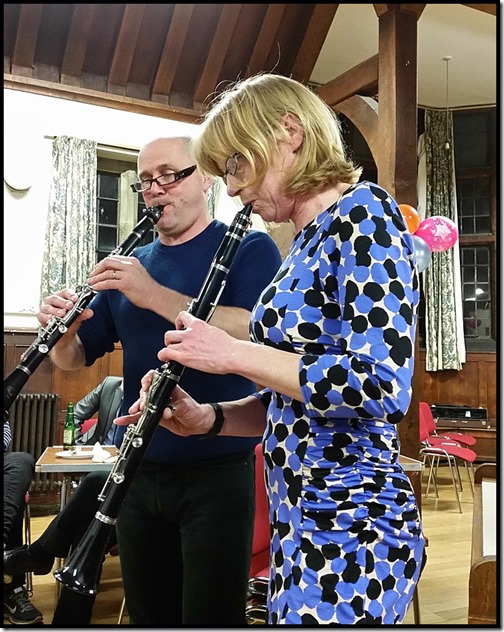 The city’s graffiti seemed to have been created by a street sculptor rather than a street artist.

There are some (iconic?) buildings. 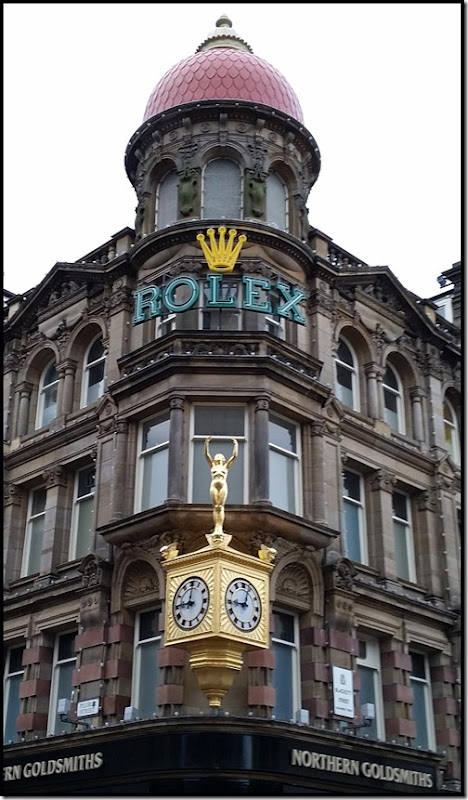 The area below was deserted. 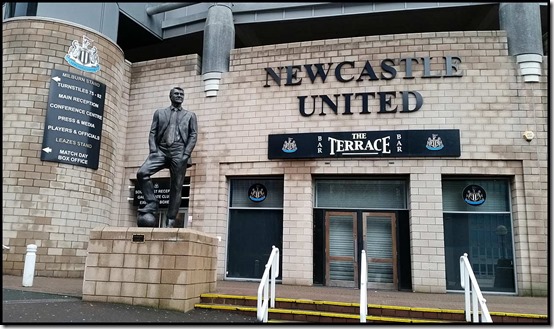 Posted by Phreerunner at 15:54 No comments: