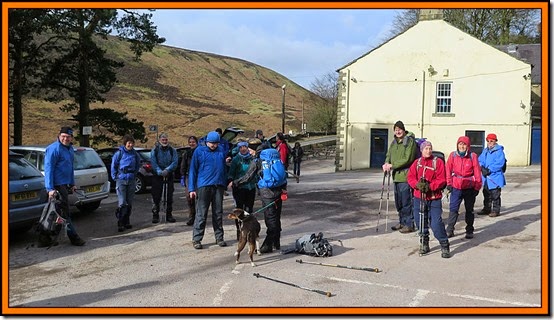 Twenty assorted former, current and aspirant Challengers and a dog (Rowan) assembled for a 10.00 am start on a lovely sunny morning.

We made our way slowly down to Woodlands Valley, where a bridge leads across the River Ashop. 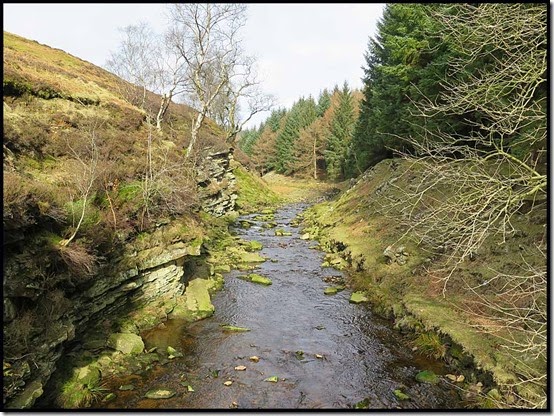 Then eighteen of us set off up the slope towards Fairbrook Naze, leaving Mick and Gayle to head directly to the Kinder Scout plateau as Gayle wanted to visit the highest point.

Graham's cunning plan was to turn right below the rocks, thereby avoiding the steep and windy final pull to the top of Fairbrook Naze. 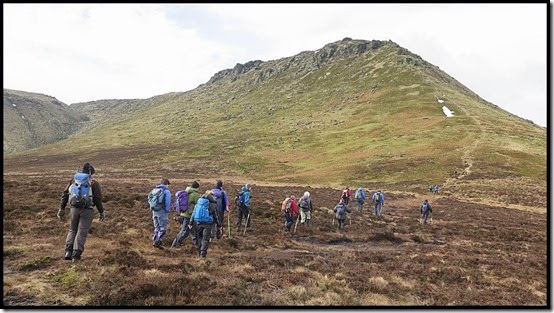 It was a good path, nicely sheltered from a cool breeze, but it did involve crossing the steep indent of Upper Red Brook – good practice for Challenge obstacles. 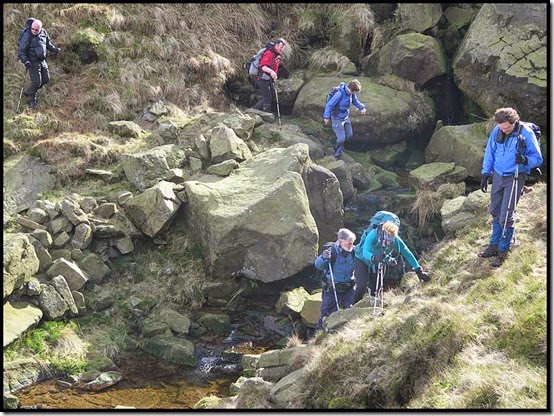 After that little scramble it was time for twelveses, with a choice of shortbread or cake, at the crash site of two RAF Sabre single seater aircraft that met their demise here on 22 July 1954. 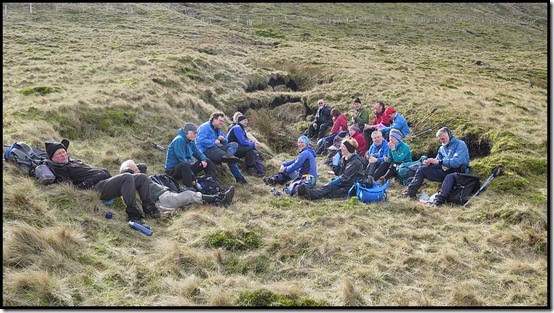 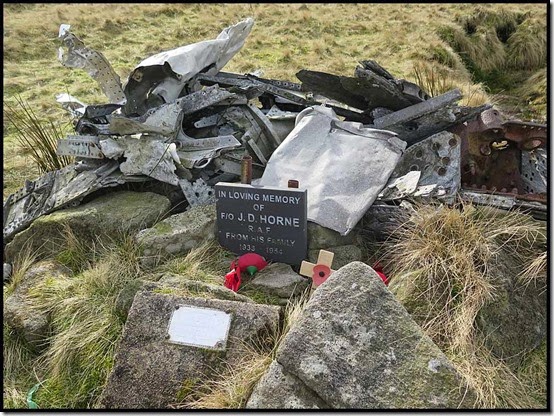 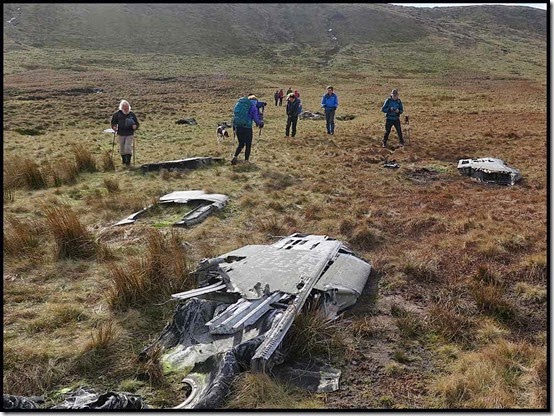 After this short diversion, we headed back up to the contouring path to Mill Hill.

The Pennine Way paving has allowed the ground to recover from serious erosion here in the vicinity of Mill Hill. 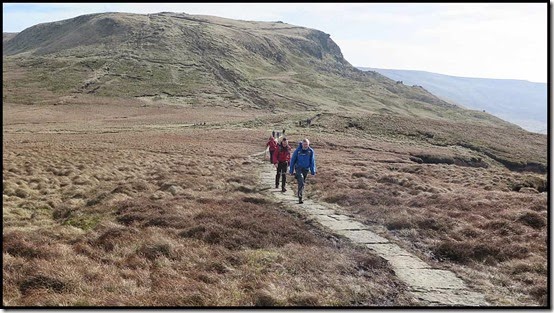 A nearby B24 Liberator crash site overlooks Glossop. By now, Jeff and Joke and Colin had disappeared off in another splinter group. 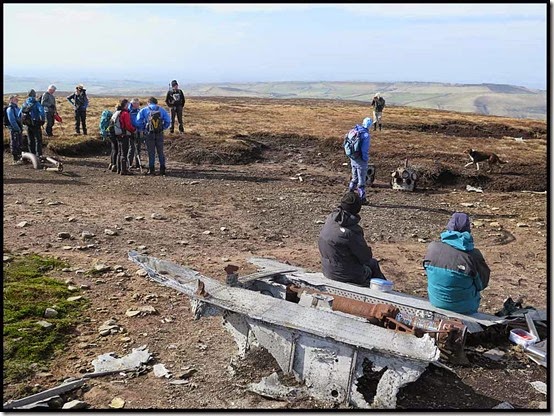 Graham explained how the engines worked on the large, four engined plane, whose remains are spread over quite a wide area. Surprisingly, the two pilots walked away and hitched a lift with a lorry driver. They had been ferrying the plane from Burtonwood to Hardwick on 11 October 1944. Their boss was probably a bit miffed at losing the aircraft, which is now more intact than most of its contemporaries. 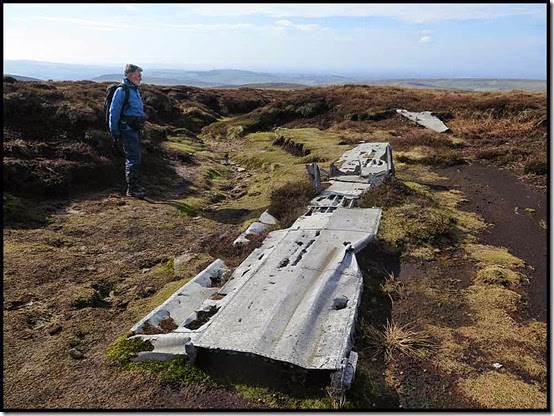 After returning to Mill Hill, we headed to some rocks below Sandy Heys to find some more pieces of Sabre. 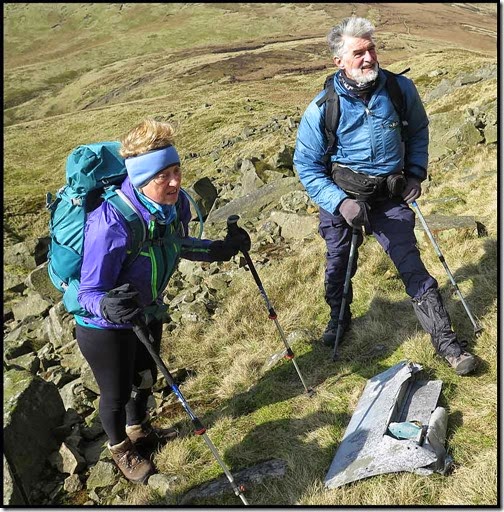 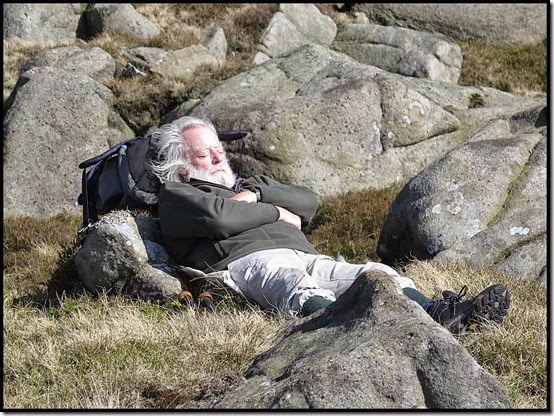 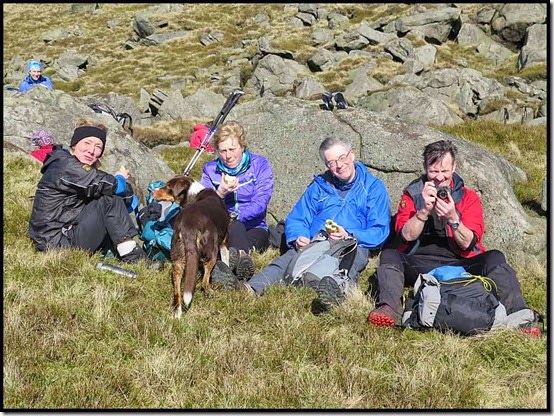 The rocks below Sandy Heys provided a good spot to laze above Kinder Reservoir. 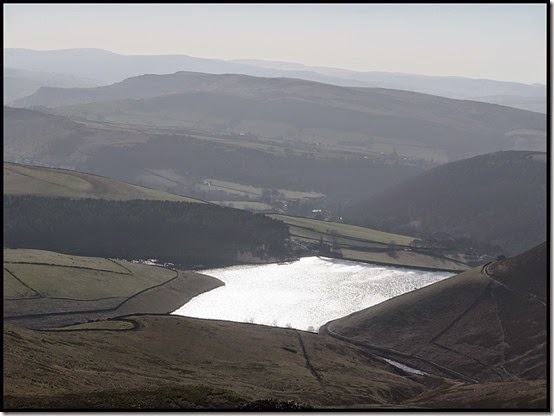 Then we headed off to the nearby trig point at 624 metres. 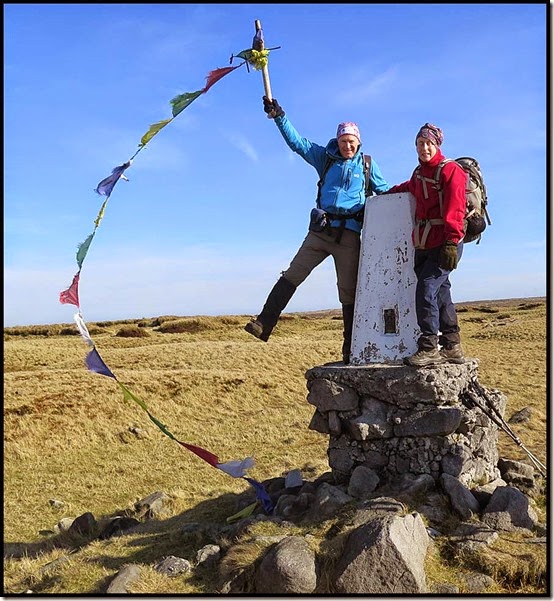 This used to be a brown peaty mess; now it's like a lawn. 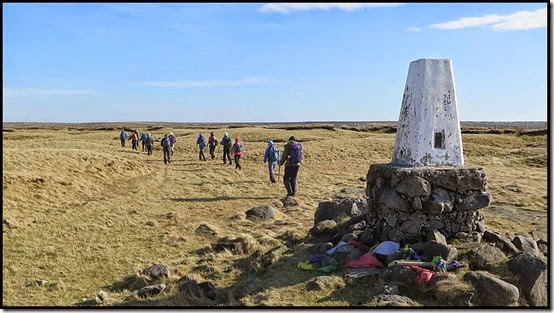 There are actually two trig points here, an old collapsed one lingering next to the white one.

The drainage and seeding of this area has worked wonders. As well as the grass, some shrubs are taking root on the plateau. 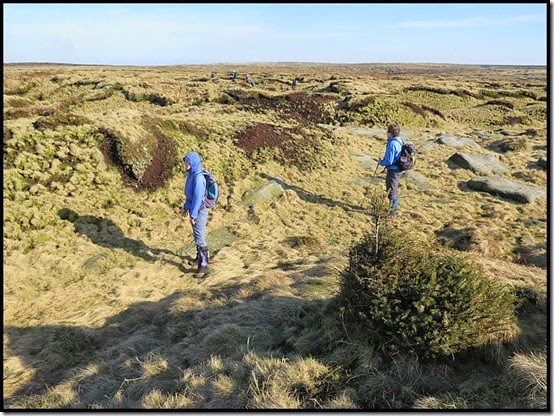 After a yomp across the plateau, whilst Graham led seven of the group back to the Snake Inn via Fair Brook, the remaining seven of us continued along Seal Edge to Seal Stones.

Sue prepared for an adventurous dive. 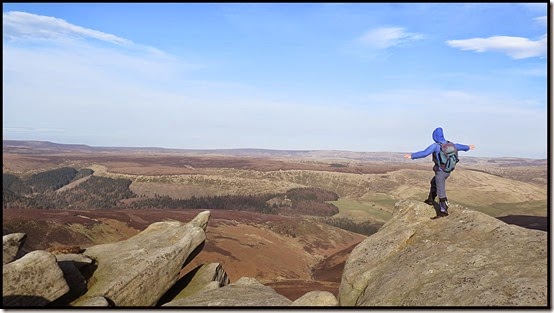 Alistair admired the view towards the Snake Inn, far below, and distant Bleaklow, from his lofty stance. The dots in the field are sheep. 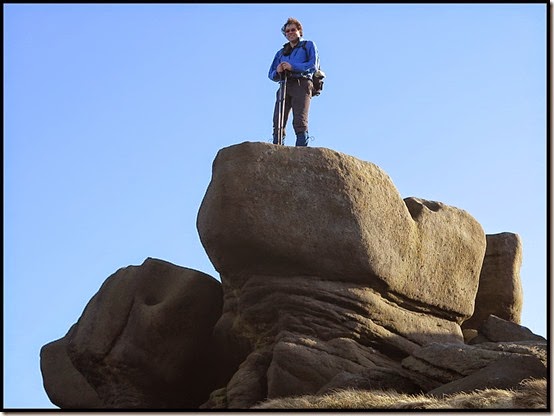 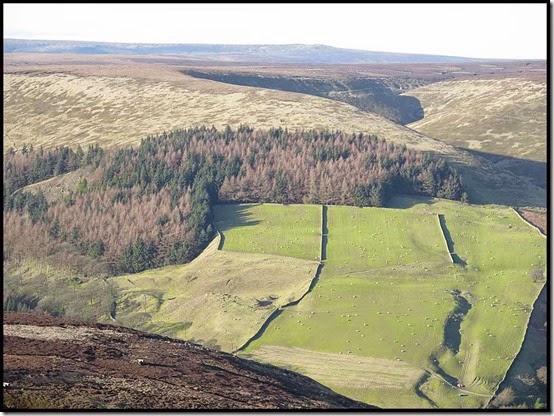 More cake and shortbread fuelled our descent to Fair Brook and a very easy stream crossing – not good practice for the Challenge, on which streams may be a little trickier. 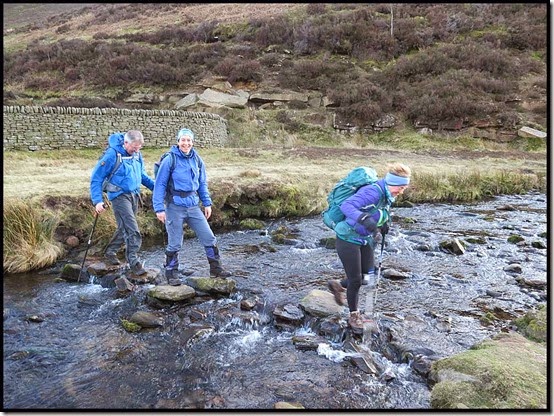 Soon we were enjoying tea and flapjack with Mick and Gayle and Alistair in the luxury of Colin (the campervan), before adjourning for a most pleasurable evening in the Snake Inn, where the attendance of 31 Challenge related folk was not as high as on some occasions, but was certainly well above quorum. It was great that Sue and Ali, Challenge coordinators, made the effort to attend.

Here's our route - about 17 km with about 700 metres ascent, taking a shade under 7 hours. 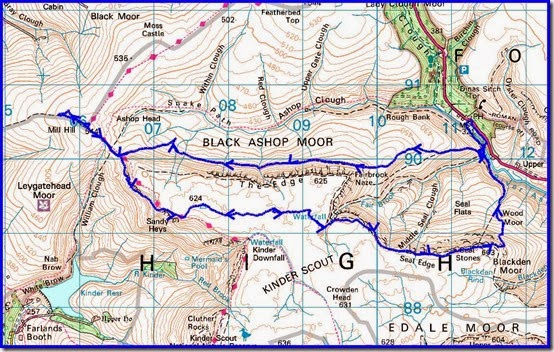 Please forgive any repetition; my vocabulary has always been rather limited.