I enjoyed a lovely day out with Gayle and Mick, on their ‘Kent to Cape Wrath’ trek, accompanied today by Jeff, a blog stalker who goes by the name of ‘Trentham Walker’.

I slept in, a rather inauspicious start, so just as well that the many folk to whom I’d offered lifts were unable to make it.

Here Gayle and Mick pose impatiently on the fine lawns of this swish campsite. 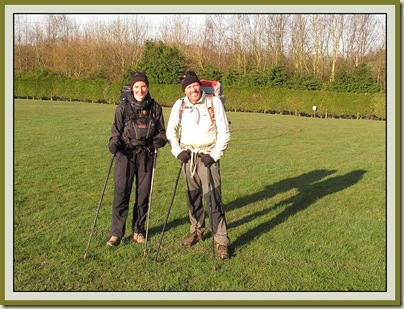 The views as we headed up past Bostern Grange Farm were ‘fab’, as the Pie Man would say. 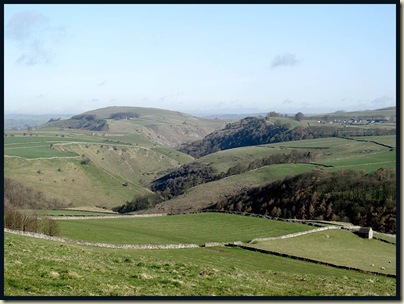 Wolfscote Dale was calm and sunny – out of the cool breeze – so a second breakfast was enjoyed by us all. 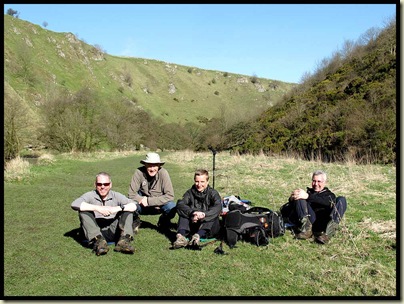 The paths then became quite crowded with ramblers.  But the Waterloo Inn wasn’t crowded at all.  11.25, it was shut. 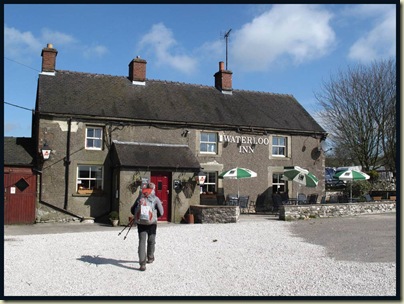 Sandwiches on a bench later, it’s doors opened, Mick having Refused To Walk Past It (the Capitals are important, here).  An hour and a half later the fully hydrated duo staggered back out into the glare of the Derbyshire sunshine.

(Incidentally, the pub has changed hands since we visited in December.  The mushroom soup was thin and creamy, but the Black Sheep was fine.) 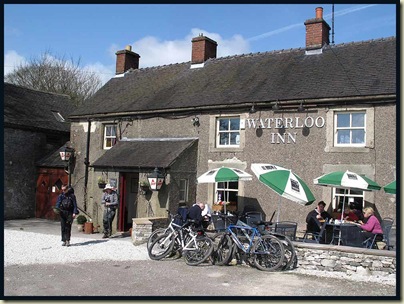 The Tissington Trail allowed for speedy, if breezy, progress towards our destination, though we had to be constantly alert to small children the drivers of tomorrow, who seemed to be on a mission to mow down all before them. 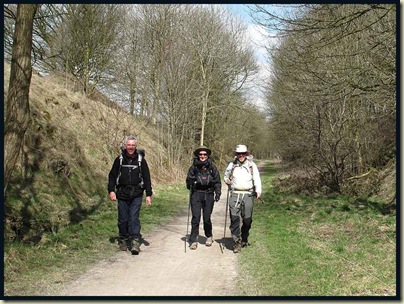 The peaceful day was rudely interrupted by crows mocking a pair of buzzards, and by six trial bikers on the track to Middleton, where we enjoyed afternoon tea on a bench, entertained by a learner driver in a Kangaroo, before Mick spotted this motor.

“You can smell the leather through the window” he exclaimed, ecstatically.

Don’t worry, Mick, it’ll probably still be there when you get back from your trek! 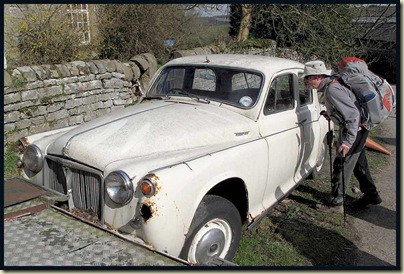 The walk into Youlgreave was delightful, as described by Gayle on her take of the day here. 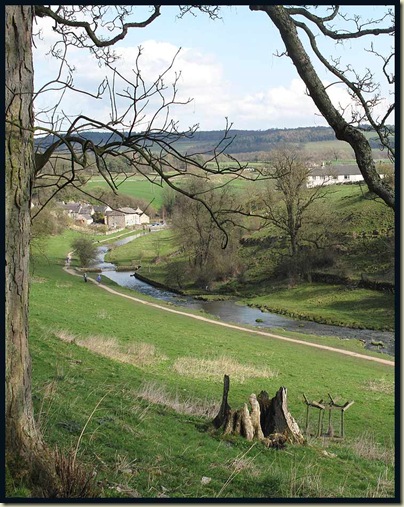 Jeff got distracted by the sights of Youlgreave and the Black Bull, whilst the three of us lazed for a while outside the George, before Ken picked me up (thanks, Ken, that was Extremely Helpful) to return me to Thorpe, allowing the Dynamic Duo to stumble on to Alport. 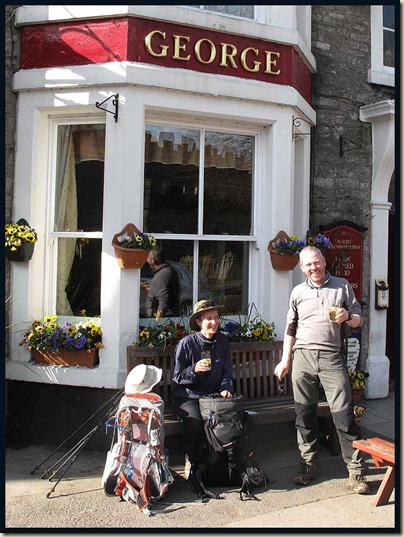 Today’s metronomic pace matched that of Mr Naismith precisely (3 mph, adding an hour for every 2000 ft of ascent), so we completed the 14 miles with 760 metres ascent in 5.75 hours, excluding about 2 hours of breaks taken during this fairly leisurely stroll.  Well, it would seem like that for me, wouldn’t it?  The others had heavy rucksacks whilst I had a bum bag.

I’ve uploaded a few more snaps that can be viewed here. 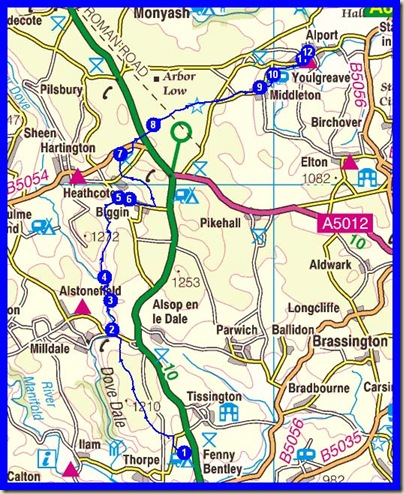 Postcard from Timperley News Flash – ‘Follower makes it to 85’ 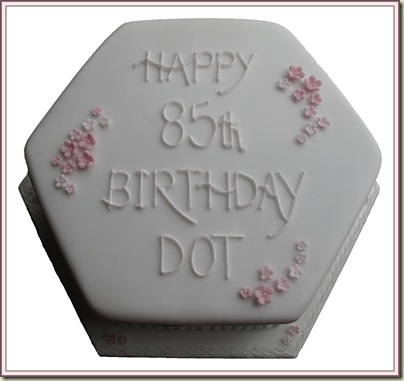 Well, we hope so, as her birthday isn’t until Thursday… 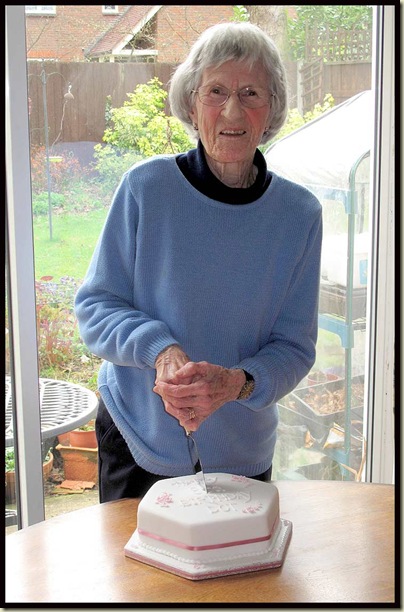 Congratulations mum – and keep up the good work… 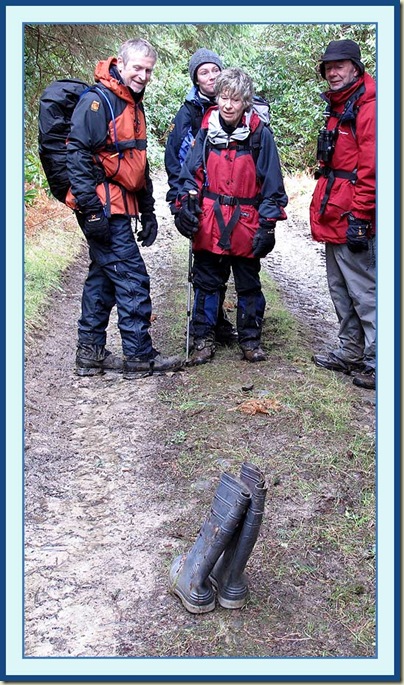 Here’s a chance for someone to grab a beer on me next time we meet….