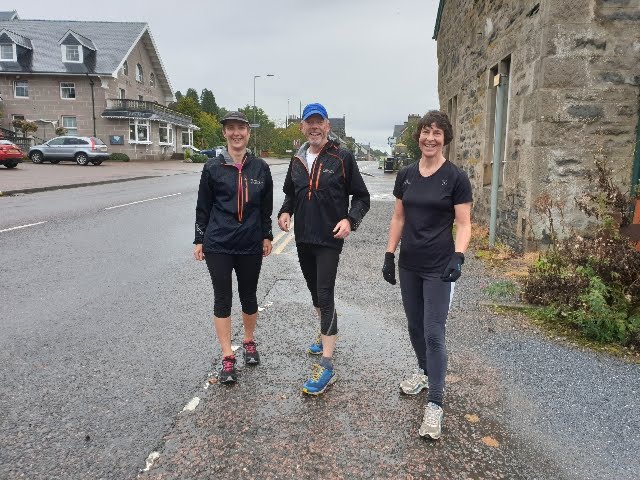 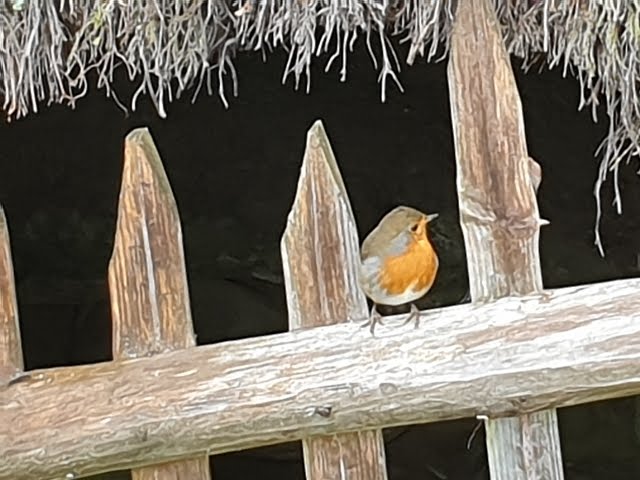 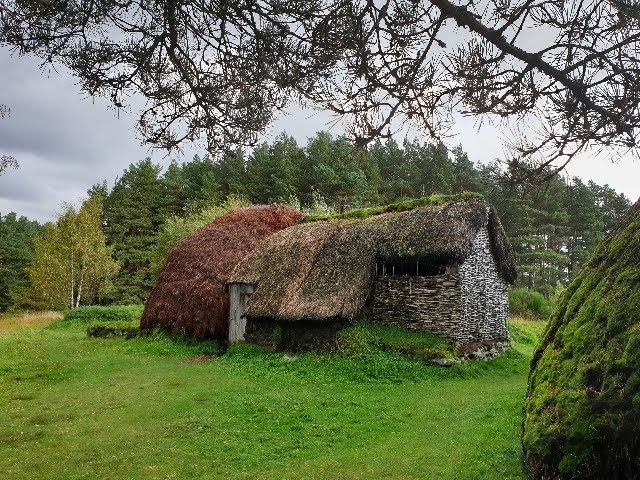 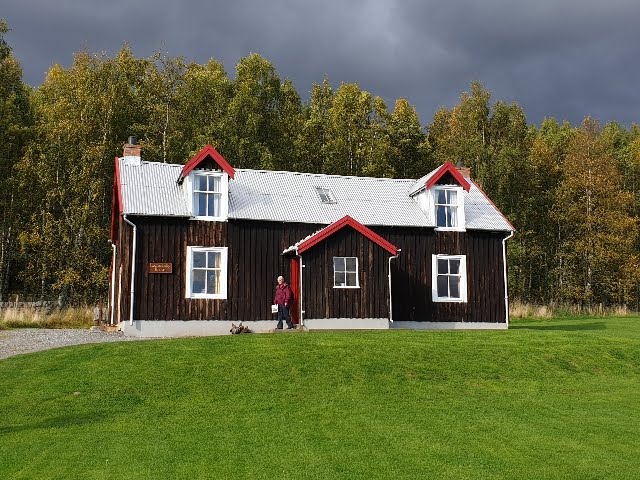 On a rainy morning, after a sociable evening and breakfast, Sue and I joined Gayle and Mick for a jog to Kingussie and back. 8 km in about 50 minutes. A good way to start the day, especially as by then the rain had eased.

After a lengthy elevenses in Bertie, M&G's campervan, Sue and I decided to visit the Highland Folk Museum that we had jogged past earlier. We went by car, after discovering that the batteries in both of our keys for Sue's car had failed. Consequently, when we used the manual key to enter, the electronic key wasn't recognised and the alarm sounded. A loud siren. Luckily this wasn't in the relatively remote spot where we had been parked when we last started the car yesterday, and replacement CR2025 batteries could be bought from the CoOp that is next to the Balavil Hotel where the car was parked. We were also relieved that it didn't appear to relate to another issue whereby the car's warning messages insist that one of the tyres is flat, despite it being properly inflated.

Anyway, we got to the outdoor museum in time to enjoy a three hour wander around all the many and varied exhibits, giving visitors a flavour of how Highland people lived and worked from the 1700s up until the 1950s! This is done by displaying over 30 historical buildings and furnishing them appropriate to their time period. Some have been built from scratch on site, and some have been moved here from other locations.
The site is a mile long with a 1700s township at one end, and a 1930s working croft at the other.

The weather had cheered up by then. The expected rainy day didn't transpire.
Posted by Phreerunner at 17:16