Stockport to Timperley – An Amble with JJ 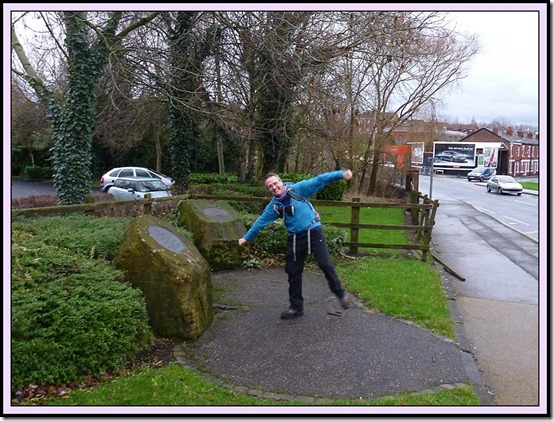 My old friend and TGO Challenger, JJ, flew into these pages for a brief visit last Wednesday when Sue’s new car needed some teething troubles investigated by the dealer in Stockport, from where it’s a pleasant 20 km stroll back to Timperley.

JJ’s usually more sensitive than to try to impersonate a disaster, so his ‘crash landing’ beside the two plaques in remembrance of the 1967 air crash was an insensitive mistake! Shame on you JJ…. 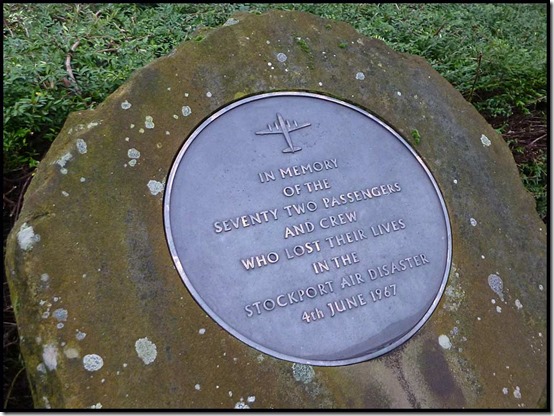 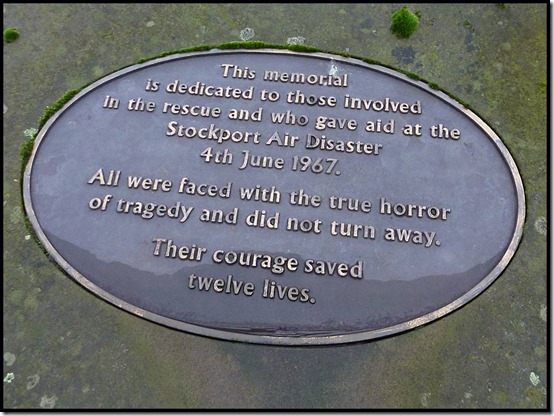 After enjoying a coffee in a convenient shop, and dropping off our Nallo tent with Jose and Hugh at Alpenstock (Hugh kindly fitted a new set of zip pulls that should resolve the zip problem we encountered in Patagonia), we headed off across the River Mersey to the Kings Reach Bridleway that follows the course of the river along the Trans Pennine Trail.

Looking across the river we could observe the old mill now used by a storage company, and a curious extension overhanging the river. I wonder who occupied that room, and why was it built like that? 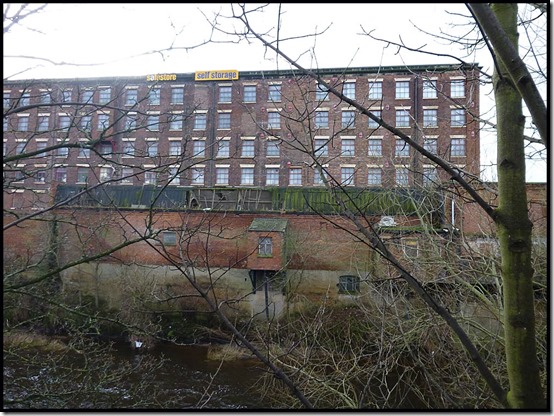 The view above is in the vicinity of sandstone cliffs with caves that date from 1670, purpose unknown. More tunnels were added in World War Two, by way of excavations to provide air raid shelters. They were sealed after the war, but I believe you can visit them.

Soon the riverside path leads to open countryside as it passes through the environs of Heaton Mersey then Didsbury and heads towards Northenden. Throughout this area, and all the way to the river’s union with the Manchester Ship Canal, high banks protect the area from flooding, which if it does occur utilises the golf courses that line the river as a flood plain before reaching domestic housing. 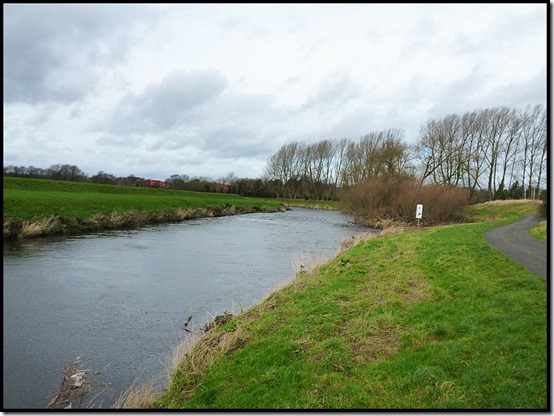 Hereabouts, Kingfishers can often be seen, but not today. The resident Mallards and Canada Geese were joined by Great Crested Grebes and a lone Cormorant, all seemingly finding plenty of food.

Cheadle Bridge is passed, taking the walker or TPT cyclist into Didsbury. 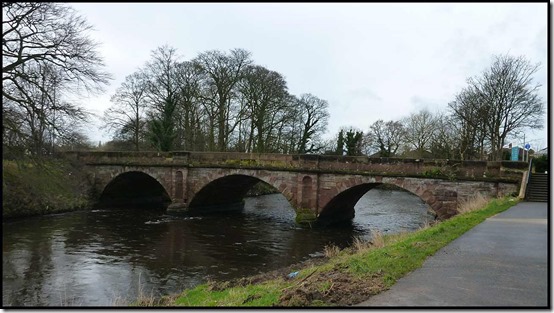 After a big loop in the river, we took a shortcut across Withington Golf Course, crossing the M60 motorway via an underpass that at a distance looked locked, but did, through a couple of prison cell doors, release us back into daylight – and a deep pond to wade through. 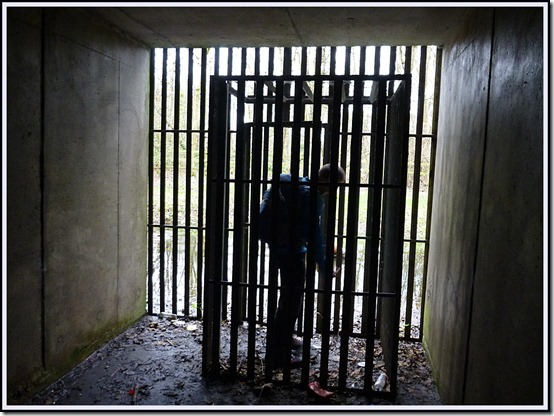 Staying with the riverside TPT path would have kept our feet drier. Either way, you reach this bridge and cross the Mersey for the direct route to Timperley. The right bank of the river could be followed all the way to Stretford, for a longer route to Timperley utilising the Bridgewater Canal towpath for the final 5 km from Stretford to Timperley. 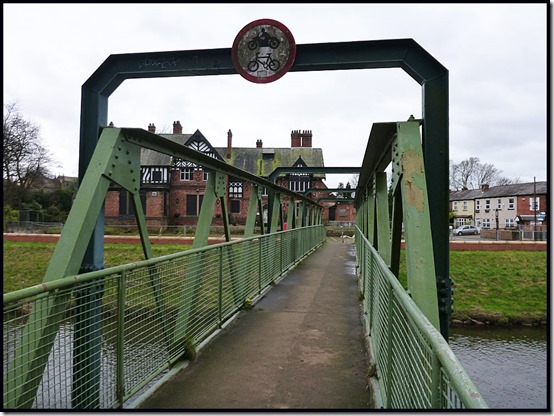 Across the bridge there’s a good view of one of a number of weirs along this section of the river. 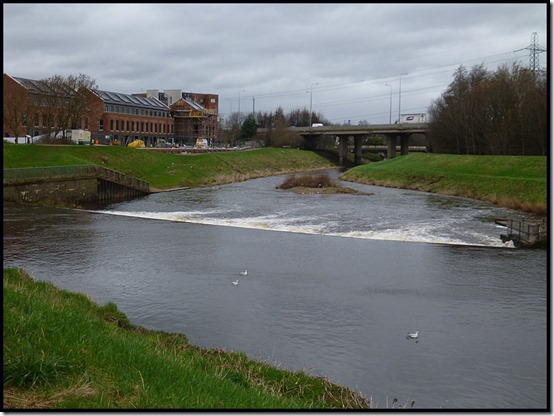 It’s several years since the Tatton Arms closed. At some point it will no doubt be demolished to provide housing for people who will then need a pub wine bar. 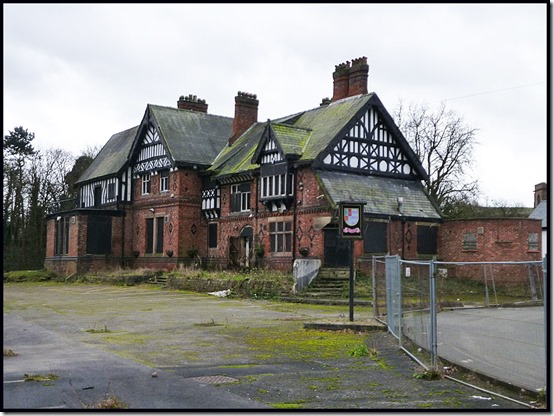 Nearby, a giant heron looks attentively for victims. 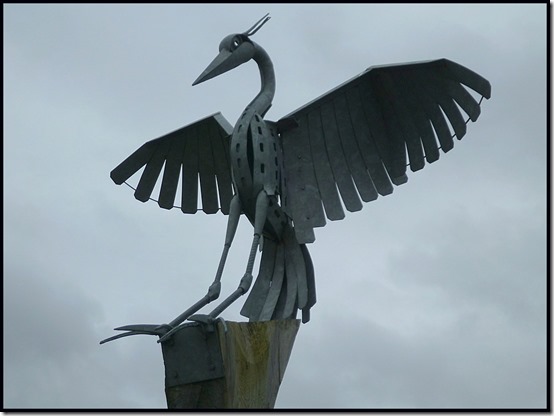 Our direct route to Timperley through Northern Moor and alongside Baguley Brook to Brooklands is shown on the map below (click to enlarge). A sharp shower meant that cameras were stashed and waterproofs deployed for the final few minutes of this flattish 20 km stroll that would have taken us about four hours if we hadn’t paused at length in Stockport.