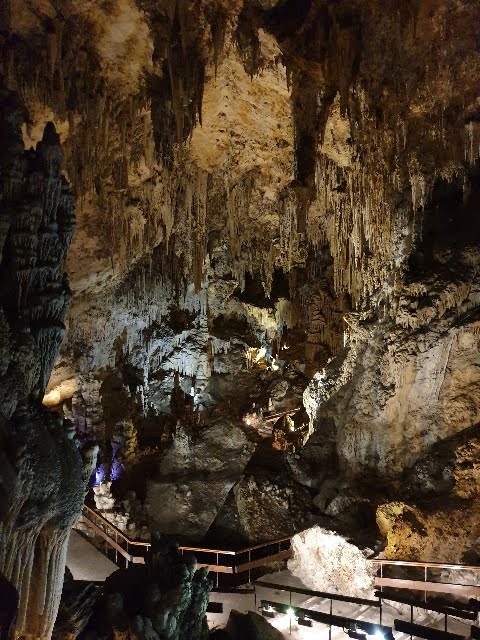 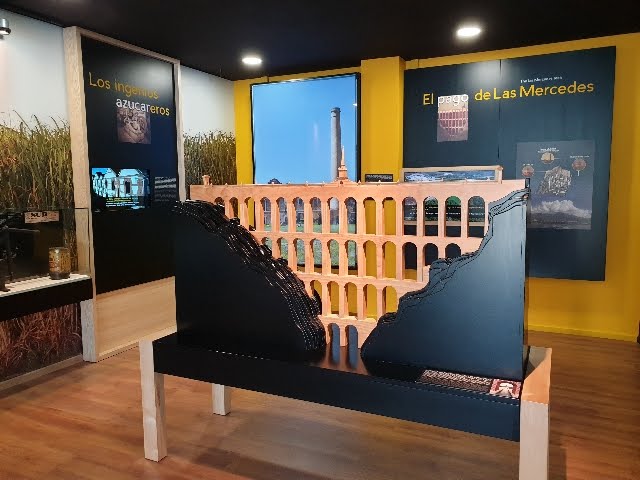 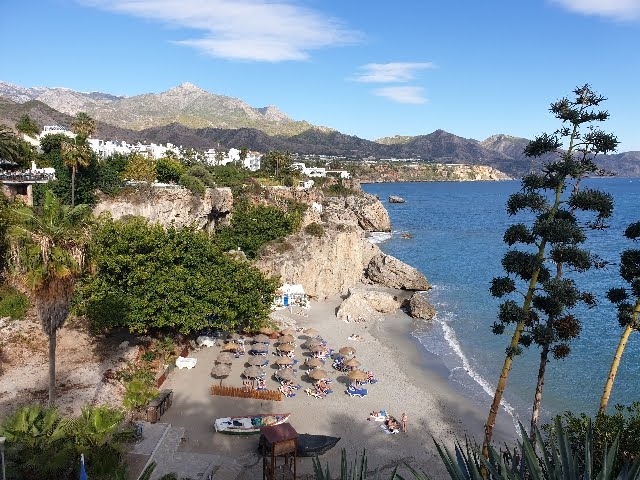 Collett's staff have Wednesdays off, but Mick took a few people to Granada, and 14 of us were taken by hotel minibus and taxi to Nerja, where half a dozen of us took a trip down the show caves.

These caves have been formed over 800,000 years, and there is evidence of human occupation from as long ago as 24,000 years. However, at some point the entrance was blocked and they disappeared from sight. That was until 12 January 1959, when five cavers bludgeoned their way through the rocky entrance.

They found a cavers' paradise, part of which is now the show cave that we visited, and most of which is the subject of further studies and exploration.

It's like an underground cathedral. An annual concert is held in the vast auditorium. There are all manner of cave formations.

The tour took about an hour, after which we were taken to nearby Nerja town, where coffees on the prom preceded a visit to the museum. Here, we were informed about the history of Nerja and the nearby caves.

Nerja has existed for a very long time, but for one reason or another the ancient villages were destroyed. The present town was founded in 1633, but was pre-dated by a number of towers that were built as part of an effort to repel attacks from the English and others.

The place has a rich history and is the start of the Silk Route that we encountered a couple of days ago. In that posting I inferred that the silkworms came from North Africa, but it seems that silk actually came from Nerja and Maro (where the caves are) due to an abundance of mulberry trees, on the leaves of which silkworms fed.

These mulberry trees were eventually replaced by sugarcane in the 1580s, before the current town was established. Later, a magnificent aqueduct was built, as modelled in the museum.

We found a sandwich and ice creams for lunch on the prom, with views of a beach and of the nearby Almijaro mountains (bottom picture), after which it was time to leave the pigeons and parakeets and return for a 4pm rendezvous with Gustavo and a 40 minute journey back to Canillas.

Posada La Plaza's restaurant is closed tonight, so Cary, Tom, Sue and I will fend for ourselves at a restaurant in Competa recommended by Lisa (our decorator).
Posted by Phreerunner at 17:46