East of West, West of East - by Hamish Brown 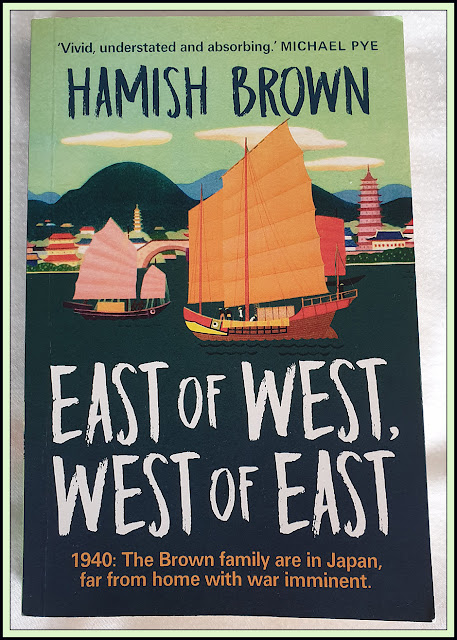 Hamish Brown is well known as a Scottish hillwalker and backpacker, and inspirer of the TGO Challenge. He still turns up, at the age of 85, at the signing in desk in the Park Hotel, welcoming each year's batch of Challengers as they finish their adventure.
Last year I managed to get the last (display) copy of a book that he brought along that was published in 2018. I've finally got round to reading it, and very enjoyable it is too. It intersperses Hamish's ('Ham's') own recollections as a seven year old, and his notes about historical detail, with letters flowing east (his gran and elder brother writing from Scotland) and those flowing west from Japan and Malaya written mainly by his mother, but also by his father and himself.
The final chapters, which I am looking forward to reading, tell of his father's escape from Malaya, after Ham and his mother and young brother manage to reach the safety of a family reunion in South Africa.
Thanks, Hamish, for bringing these books along last May and providing such an interesting read.