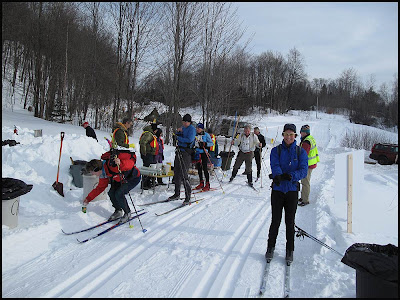 This, our final posting from Canada this year, is just to let you know that we had a (‘Mostly’, and as AS would say ‘the capital M is important’) great time on the CSM and all returned (we think, Michael hasn’t reported in yet) safely to Ottawa, our various objectives having been achieved.

That means Ken was star of the show. He completed the entire 160km route, carrying a pack and spending the night on a bale of hay under a tarp. He now has his Coureur des Bois Gold Medal, and was also one of the few people who received a Hat Trick Award, about which more later. Here he is receiving the award at last night's banquet. 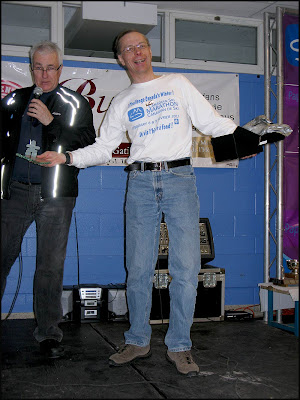 As expected, cameras stayed in the rucksacks for this trip – just as well as there were a few tumbles. Sadly that means there is a limited photographic record. So for this entry the header shows skiers enjoying their first refreshments stop after about 10km on Saturday’s section 4. The footer shows me, in the middle of section 8 on Sunday, having skied about 80km over the two days up to that point.

All that remains for now is for me to welcome a new reader to the blog (albeit only occasionally, when she wonders whether her tea will be available at Dad and Sue’s house). Hello Kate! You will not be going hungry next Sunday.

A fuller report on the CSM will follow. Here it is. 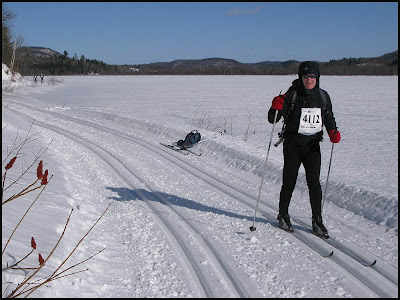