Blue skies greeted this Timperley resident this morning.  So he leapt into the car and sidled off to Alstonefield, where three free car parks buck the trend of expensive ‘Pay and Display’ in the Peak District. 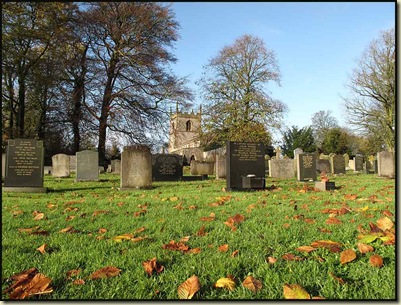 After setting off at 9.20 past the church in cool sunshine, I slid down dew laden paths to Milldale, whilst the mist rolled in.

By the time I emerged onto the Tissington Trail, the conditions were distinctly ‘atmospheric’.

Leaving the Trail, after chattering to Blue Tits, Great Tits, Blackbirds and Goldfinches, I headed towards sunlit Biggin, but failed to catch much of the sunlight as cloud from the next weather front imperceptibly rolled in to replace the mist.

It was only 11.30 – the doors of the Waterloo Inn were still shut.  I would have to wait for a taste of Stuart’s Black Sheep bitter. 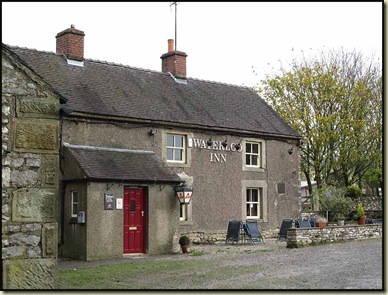 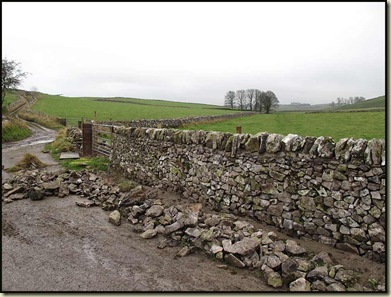 Soon the view down to Wolfscote Dale revealed a very Autumnal scene, with the remaining foliage mainly very yellowy and ready to drop, as it is in Timperley. 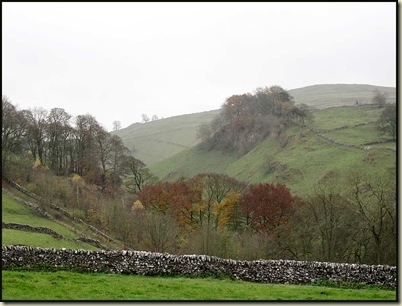 Mallards on the River Dove were being hassled by a pair of Goosander, but this Dipper, and a rather scruffy Heron (maybe it was trying to stay warm) were very much minding their own business. 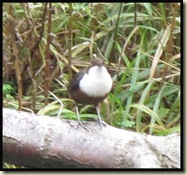 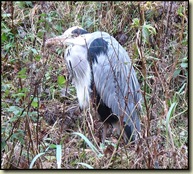 Wolfscote is a popular dale.  After seeing virtually nobody for three hours, I met a procession of folk heading for a late lunch in Hartington.

The sun had disappeared long before I reached my crossing point – Gipsy Bank Bridge.  Gipsy Bank, just beyond, is a bit of a haul… 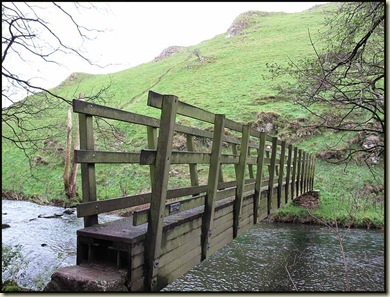 At the top of the hill a Raven sat on a fence post, (‘pruk’, ‘pruk’), watching a field of munching cattle that were clearly aware of the direction of the prevailing weather. 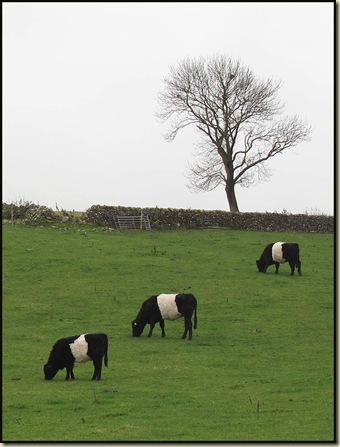 But the rain kept off until after I had passed the Alstonefield Dinosaur on my way back to reach the car by soon after 1 pm. 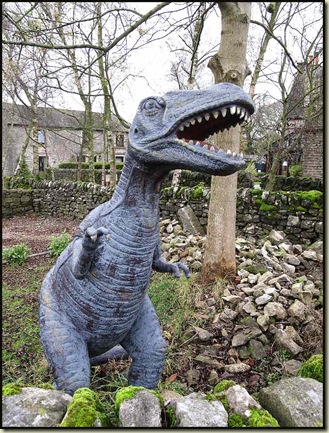 It’s a 17 km route, with 560 metres ascent, for which you should allow around four hours. 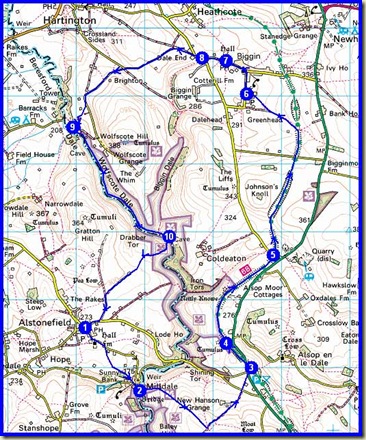 Anyone wishing to join us on a re-run of this walk should meet outside the small car park by the public toilets in Alstonefield at 10.00 am on Sunday 13 December.  Lunch has been booked at the Waterloo Inn, so you need to contact me in advance (use the ‘Contact us’ button here) to get menu details and make a choice.