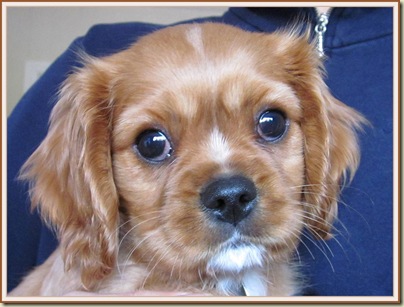 Introducing Lord Oscar of Osborne (aka Oscar Milnes), Kate and Simon’s new ‘baby’.  So I have a ‘Granddog’?

Sue and I visited him the other day.  Sue took the easy route.

I took the cycle paths – to Stretford beside the Bridgewater Canal, then beside the River Mersey to Simon’s Bridge in Didsbury.

Shortly before leaving the river bank, I passed this sad sight in Northenden. 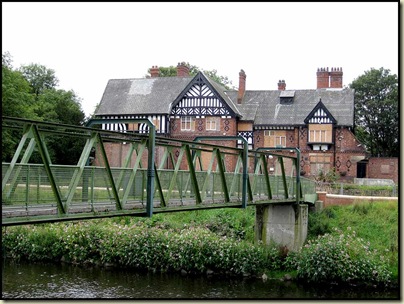 Below, is Simon’s Bridge, linking Northenden with the more affluent suburb of Didsbury. 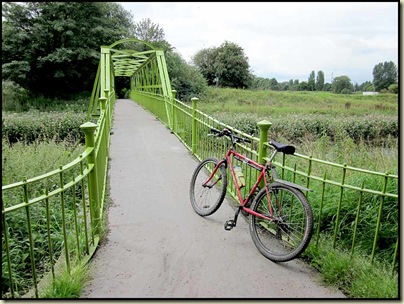 From here I tried to follow the Trans Pennine Trail, but tram line workings (perhaps the trail has been taken over by a new tramline project - not a bad thing) and confusing signage, with a few missing signs in the scally zone of Brinnington [that’s a first – blaming scallys for my pathetic map reading skills!] hampered my efforts. 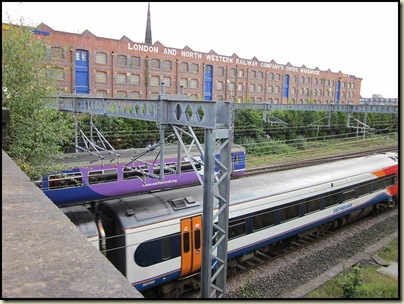 …and here in Reddish Vale. 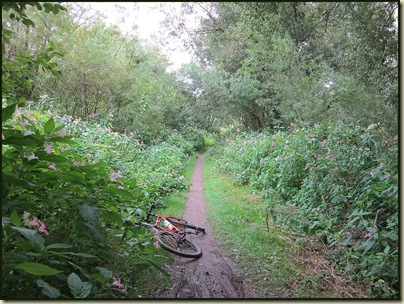 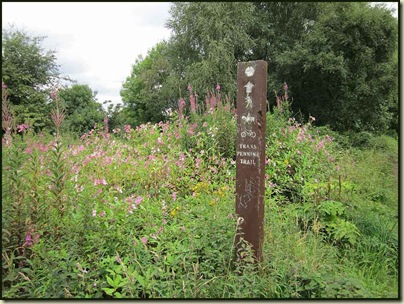 …and this tunnel in Brinnington is definitely on the route. 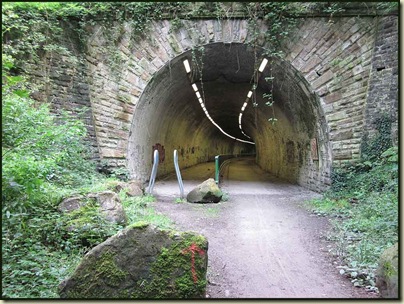 The off-route excursions were mainly through housing estates, and along a busy but thankfully downhill main road between Brinnington and Haughton Green.  Here I regained the trail beside the River Tame and enjoyed my lunch at a picnic bench before continuing on to encounter Aussie Chris and his Belgian girlfriend, pootling along on their way from Lands End to John o’Groats on their heavily laden steeds almost as vintage as my own.

Here, tall barges may easily navigate the lift bridge, but could come a cropper on the pipe line! 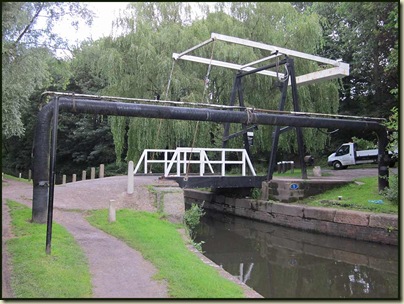 The Peak Forest Canal, part of the Cheshire Ring Canal Route, sports a selection of Information Boards, Dukinfield’s contribution being this plaque to David Livingstone’s mother-in-law, bless her soul. 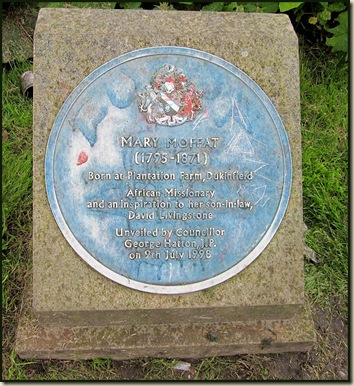 There’s lots of industry around Dukinfield, where the River Tame runs along beside the canal. 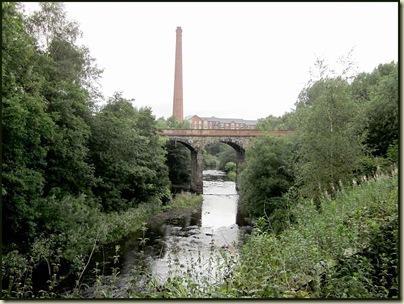 I turned right at the canal junction, headed towards Stalybridge, and left the towpath too soon.  Then I became stranded on a horrific traffic island between Ashton and Stalybridge.  It housed, amongst other things, a bus station.  After a couple of laps I spotted an underpass that provided a partial escape route, leaving just a scary dual carriageway to negotiate.

Soon, though, I was to be seen heading north up Ridge Hill, ascending into the Pennines. pausing near Hartshead Pike to admire the flatlands of Greater Manchester some 150 metres below. 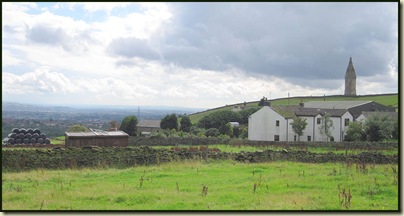 Up at Scoutshead, The Old Original (“renowned for the best steaks and grills in the area”) looks a nice place to visit. 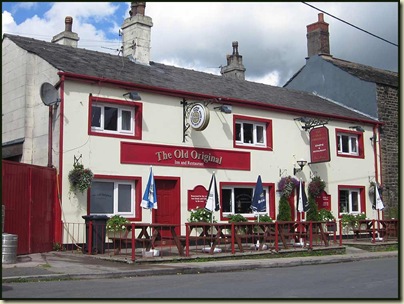 There’s a very pleasant view from here across the Pennines to the northern ramparts of the Peak District. 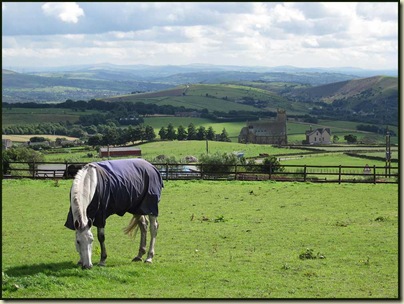 Here’s today’s route – 52 km, with 800 metres ascent.  It took me a little less than 5 hours, including stops.  I was slowed by the realisation of the fact and the resultant discomfort – from last Friday’s ‘vineyard sprinting incident’ which appears to have torn a cartilage that is sensitive to cycling, especially uphill.  Ho hum! 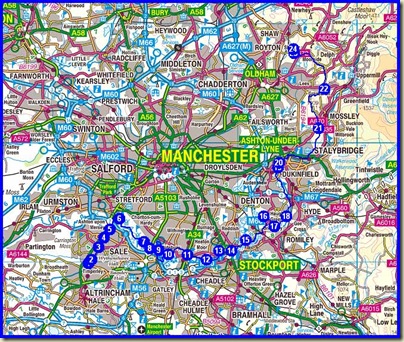 I finally reached my destination in Sholver, north of Oldham, where Sue was already cuddling the good lord, Oscar. 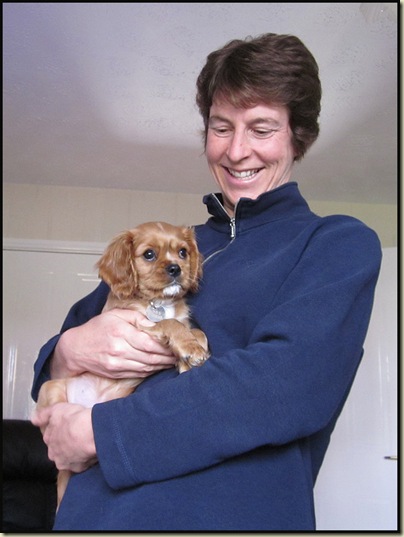