Alan Hardy (that’s not him above!) again kindly organised this reunion.

Whilst some attended the whole weekend, Sue and I joined a hard corps of about 30 folk – nobody was counting – for a 17 km walk; followed by an evening with 40 or so diners at the Snake Inn.

The route chosen for the walk was excellent – from The Snake we dropped through woodland to the River Ashop, for Essential Training – a river crossing. 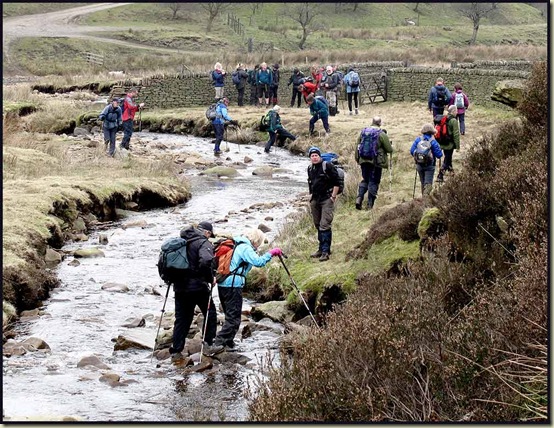 But the crossing was hardly a practice for Scottish burns in May. Nobody got their feet wet.

Then a large portion of the day’s height gain was achieved on the ascent to Seal Stones. Peter struggled. He may need to adjust his red wine/exercise quotient to get fit for the Challenge. 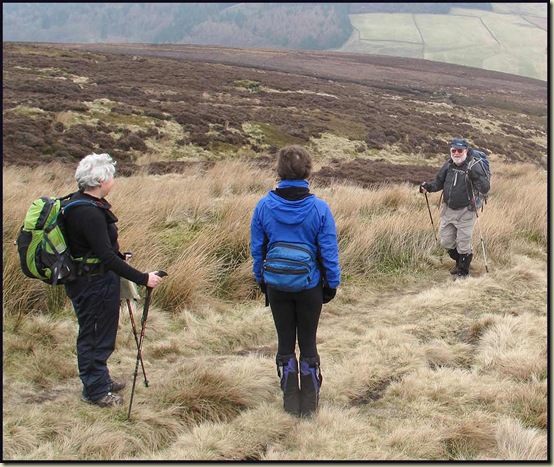 But we were in no hurry. We pottered slowly along Seal Edge, then across Kinder Scout to the Downfall. There wasn’t much falling down; it has been dry. 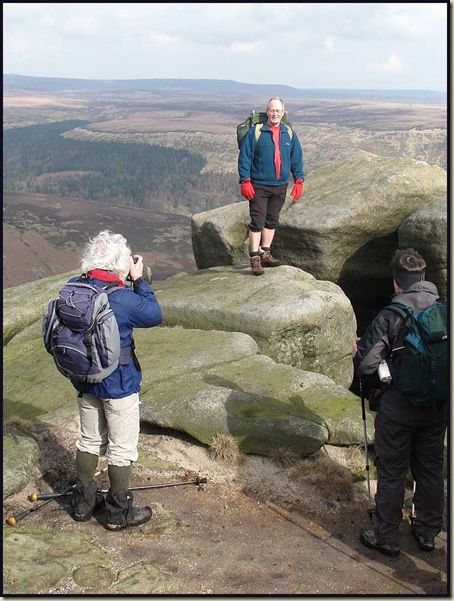 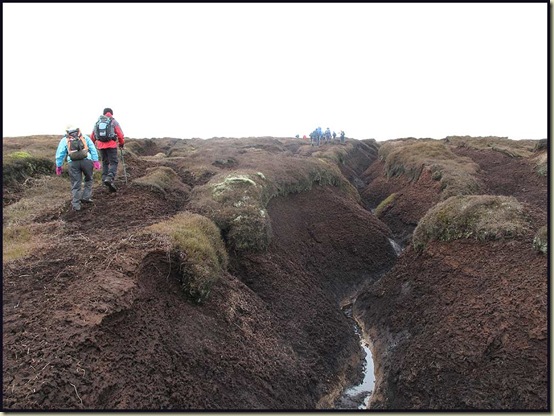 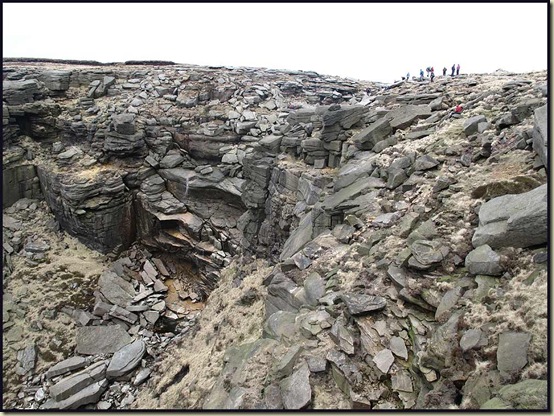 The well surfaced track of the Pennine Way saw us over Sandy Heys to William Clough, where lunch was taken and one of the less robust members of the party, who shall remain nameless, decided to take a short cut down the Snake Path and Ashop Clough.

The rest of us continued along the Pennine Way to Mill Hill, then along the long paved path across Featherbed Moss to the top of the A57 Snake Pass road. 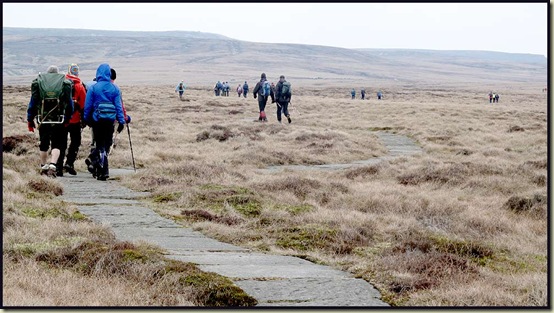 After a long wait for JJ, who had been testing a vital item of Challenge Kit, the motley group carried on to ‘Old Woman’ before leaving the ‘Motorway’ that is the Pennine Way.

A light shower didn’t deter us from enjoying the final few kilometres down Lady Clough and back to the Snake Inn. 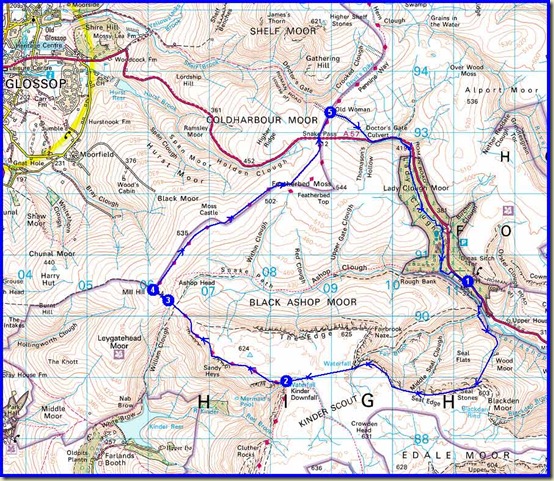 Then, after a few beers etc, a jolly evening was had by all those who didn’t leave early, and by even more who arrived late. 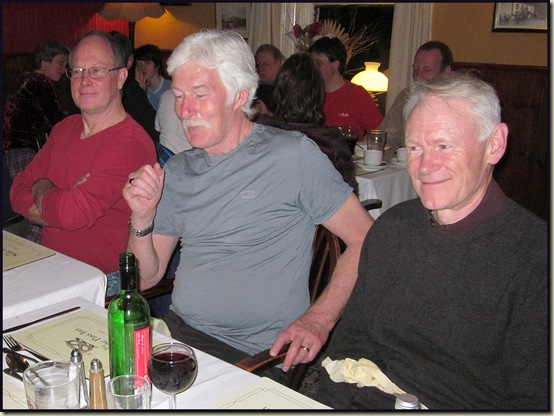 Great to see you, folks.

There’s a slide show here – not very good images I’m afraid, but they do feature one Challenger who seems to be preparing his own head for target practice!

on Pics 4 and 7 of the post, it’s good to know that peeps still use the tried and trusted Karrimor framed sack. I had one of these for years and it was great. Sad i no longer have it.

The Totem Senior if I remember rightly - I think mine was in the loft until my last move.

That’s the one Martin. That and the Good Companions tent what a combination.
I must dig out a photo and blog it.

Ditto, Alan, though I suspect that the Totem came roughly at the time of upgrading to the Vango Force 10.
Happy Days...