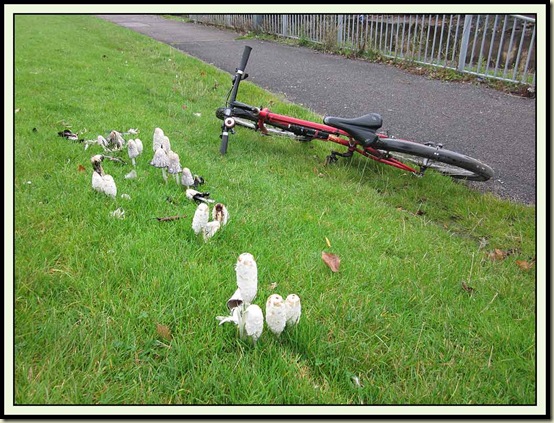 We returned from Scotland to weather reminiscent of our recent trip to Turkey – constant blue skies and pleasant warmth.

It’s a shame that ‘home admin’ rather got in the way, and particularly galling that we chose to spend one of the best mornings on Sue’s ‘once a decade’ trip to a car showroom (although pleasing for her to find that prices are the same as ten years ago!).

A few short trips were however enjoyed, and after Stumpy’s failure the old Shogun Trail Breaker bike enjoyed a few outings (it’ll still be used for flattish trips around home after Stumpy has passed his medical).

Here’s Shogun, on the Trans Pennine Trail path around the edge of Carrington Moss.  At this point, between Ashton upon Mersey and the chemical plants of Carrington, the old Moss (bog) has long since been used for agriculture, and on this day (30 September) four tractors were feverishly at work in this huge field. 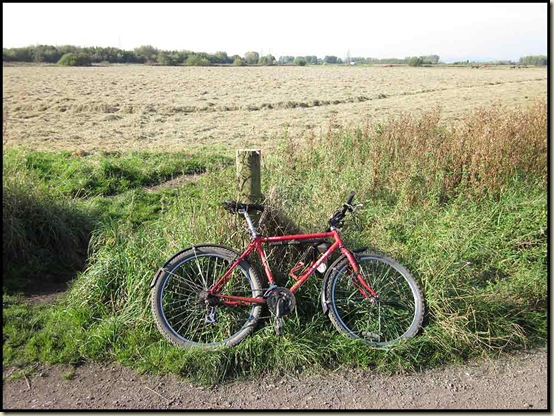 It’s a pleasant circuit from Timperley – the 14 mile route is shown below.  If you can do it in an hour, you’re a lot fitter than me!

The Bridgewater Canal looked in great form in Sale, on this glorious day. 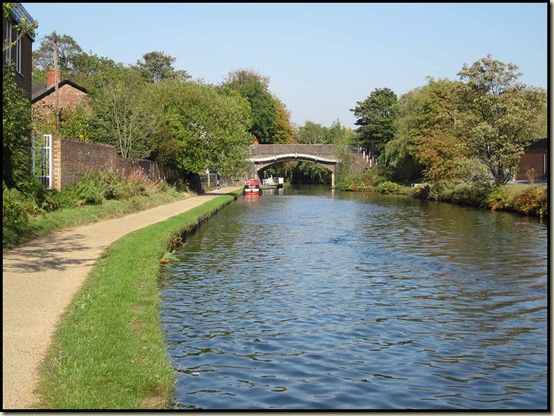 It’s definitely autumn, though, with spiders very active around the house, and mushrooms sprouting all over the place.

Here’s George, who guards our porch.  He has a velvety coat which is lovely to stroke, but I’m not sure whether he appreciates the attention – he has now moved to a more secluded location.  He’s a cannibal, by the way, but is probably no more edible himself than the Shaggy Caps (aka Lawyer's Wig) (Coprinus comatus) that I discovered in Newton Heath, beside the Rochdale Canal, on Sunday morning. 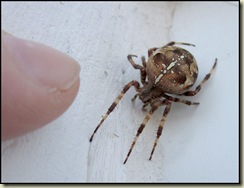 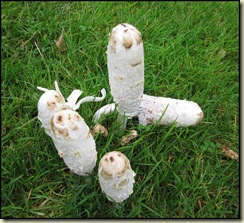 It was my second trip by bike from home to Sholver, this time a bit quicker than my first attempt (see here), though by now the weather had deteriorated a little.  Sections of the canal are currently atrociously loaded with rubbish and Canadian geese, but the autumn colours are developing nicely, as here in Failsworth – not known for its colourful countryside. 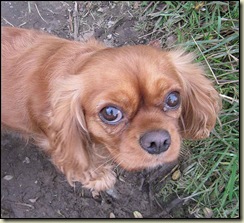 This small dog bravely investigated my passage after I’d taken a cross country route from Rochdale to Shaw.

Kate and Jacob were in good form, as were Simon and Oscar, as we all enjoyed a stroll around Crompton Fold. 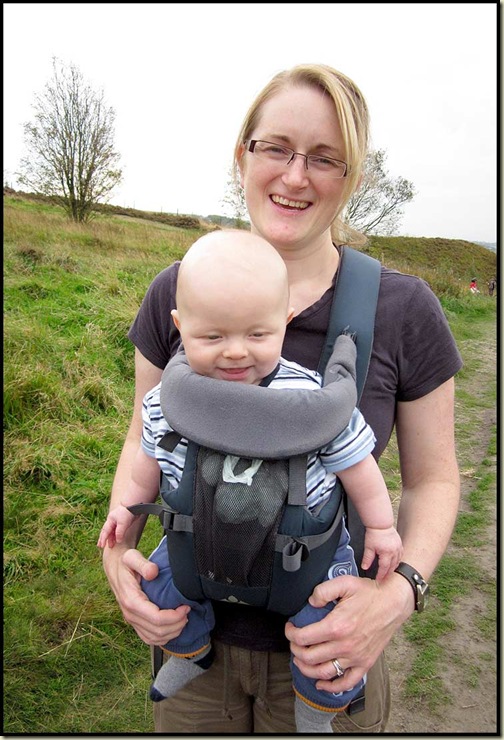 Tons of rubbish in canal around Failsworth area. It’s a disgrace.
No pictures of tractors Martin i am a bit disappointed. Ha.
I nip up to Crompton quite a bit as it’s only a stones throw away. Good strolling country.

Are you going on the re-run of Salford Trail Pt 5 tomorrow?

Hi Martin,
I know the Salford trail pt 5 is no endurance but i am still struggling.
Last week was the first time i have expended any effort since the ill fated Swirl How job.
I have run 4 days x 3 miles and on Saturday i did a local 7 mile low level walk which i achieved ok.
I think i need another week or two maybe before i would put myself in a situation where i might let others or myself down again.
If your good lady has any suggestions which may improve my lot then that would be helpful or maybe some cake would do the trick.

Aha, I hadn't read about your Swirl How adventure until now (I've still not caught up with Google reader since returning from Turkey). I have to say the 10 mile Salford walk is rather easier than Swirl How, and will feature cake. It's more or less on a bus or tram route as well!
However, my 'good lady' says "if you don't feel like it, don't do it; build your fitness back slowly, that should do the trick..."

Martin/Sue,
If i was working still, nobody at work would believe that Shingles takes this long to get over. They would think i was swinging the lead.
Little do they know.

Alan, I do recall some of my former colleagues getting shingles and being off work for some time - never questioned as they were people who worked hard and weren't normally sick at all. Stress seems to have been the trigger.

We do hope your recovery continues as fast as you dare...

Thanks folks,
I hope that another 2 weeks of exercise locally will get me back to normality.
I think you might be right about stress.