Tuesday 24 April 2012 – An Evening Stroll on the Sandstone Trail 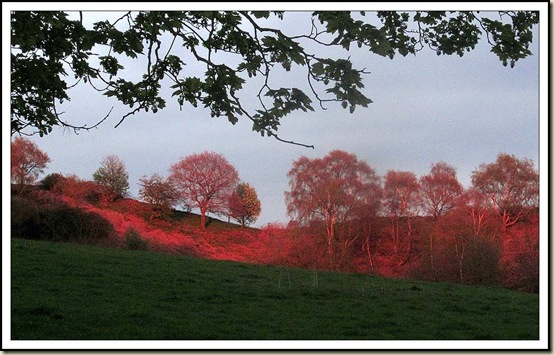 The venue for tonight’s evening walk was Beacon Hill, near the start of the Sandstone Trail.  I had thought I might be alone, but Sue made time to come along, as did Richard and Andrew.

We enjoyed a delightful evening, pausing on Woodhouse Hill to admire the views across to Liverpool and The Wirral, not to mention the Welsh mountains. 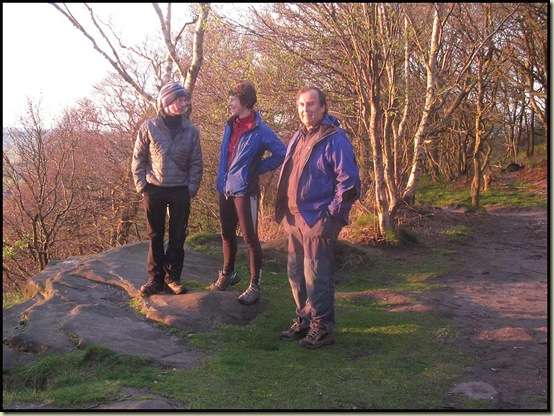 In days past this high ground was favoured by early settlers because the heavy clay soils of the plain gave rise to a landscape of thick woods and poorly drained mosses (think of parts of modern-day Delamere Forest).  The hills were drier and had light, sandy soils which were easier to work and not so densely wooded.  Lines of communication during this period may also have followed the sandstone ridges, on which there is plenty of evidence of ancient (circa first century BC) hill forts, built in the years before the Roman occupation. 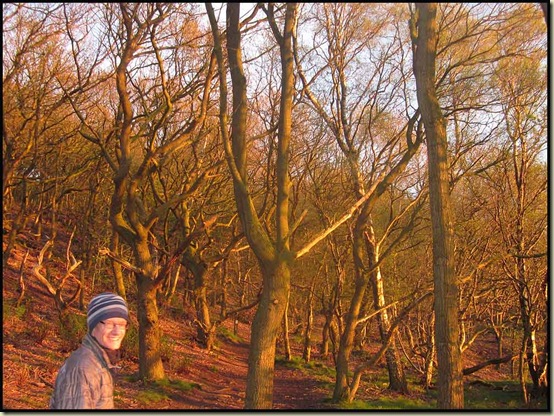 The sandstone hills themselves were shaped by ice sheets during the last ice age, between 75,000 and 10,000 tears ago.  Until well beyond the Middle Ages, tidal marshes and reedbeds reached far inland.  But the building of the Manchester Ship Canal around 1894 brought major changes.  The ‘Big Ditch’ as it was known, cut off the marshland from the sea, releasing much of the wildlife rich wilderness for farming and industrial use, as you may surmise from the poor sunset picture below (taken with the ‘drowned’ Ixus 105 camera on its fourth temporary resurrection – Richard’s iPhone images should be much better). 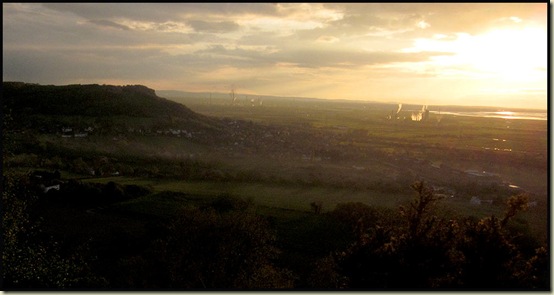 After a while it got quite dark, so our visually challenged member resorted to torchlight, but the ambient light was sufficient for the rest of us to safely regain the Simon’s Lane car park (SJ 518 766) before adjourning to the Bull’s Head to admire the thrashing of Barcelona by the most unlikely of opponents (Chelsea, for the record) and enjoy a blather with a beer.

This 10 km (6 mile) route is an excellent introduction to the 34 mile Sandstone Trail.  Allow 2 to 3 hours.  A shorter version is described here. 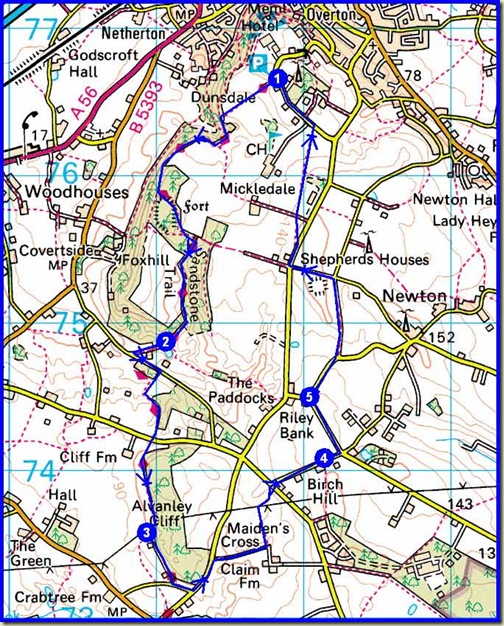 Conrad took one look at the sunset image and thought he could improve it in Photoshop.  I’d already improved it from this original: 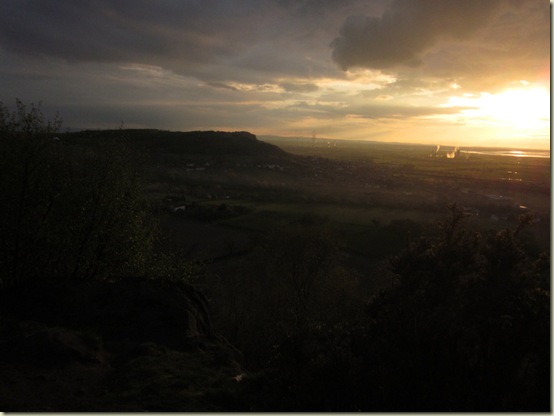 But Conrad did even better: 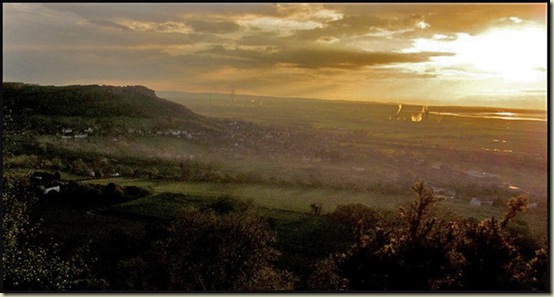 The escarpment is Helsby Hill.

Martn - I have tweaked your sunset photo a bit in Photoshop. If you want to see it I would be pleased to email it if you send me your email address to:
conrob@me.com

Thanks Conrad, I've added your version and a Postscript to the posting. The evening light was indeed superb.

Isn't it good now the evenings are light enough to get a walk in? Looks lovely.

Yes Jules, it was a lovely evening - just like tonight.