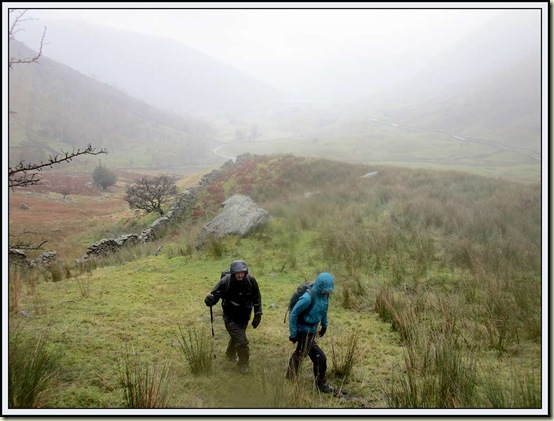 dod - ‘A rounded summit or eminence, esp. one that is a lower summit or shoulder of a hill.’

Given the drizzle, it seemed appropriate to put a ‘dod’ or two on the agenda.

It was Sue’s only day off this week, and Tom was on his own in Ambleside, so we had agreed to meet up for a walk whatever the weather.

Conditions over the Kirkstone Pass were quite good really.  The pass had been closed due to snow a couple of weeks earlier, but today we floated easily over it to a lay-by near Caudale Bridge.

It took a while to ‘kit up’.  Note Tom’s gear, it may not be seen again.  It has apparently morphed into blotting paper. A helpful yellow arrow drew us to an area of ‘less bog’, 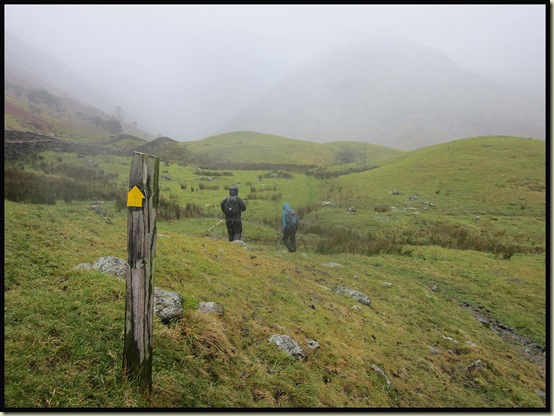 towards a bridge over Kirkstone Beck, which was flowing quite energetically.  The way ahead was clear – we were to follow the wall above Tom’s head, leading steeply up towards the summit of Middle Dodd. 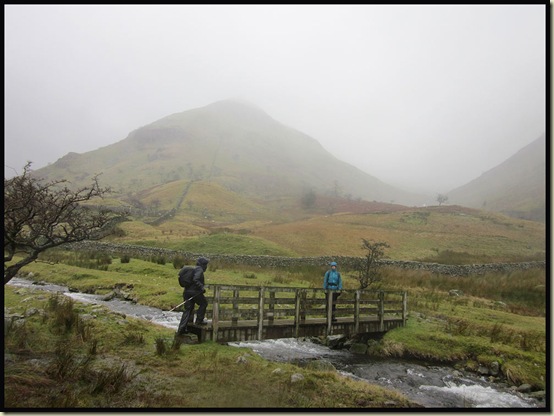 Sue posed, briefly lowering the hand that was protecting her face from a drenching, before the view to Brothers Water (and anywhere else for that matter) disappeared. The 654 metre summit of Middle Dodd was dominated by this large cairn and buckets of water being chucked at us from a southerly direction.  So they weren’t cold! 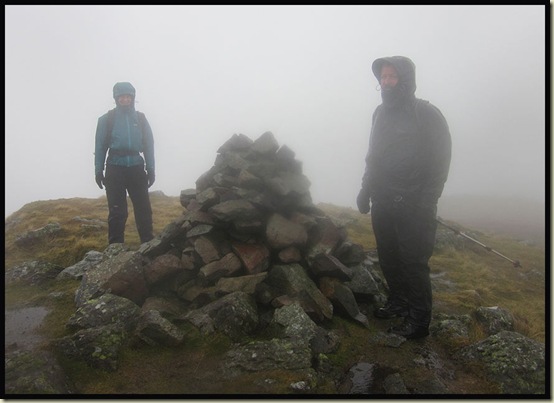 Heading on upwards for a further 120 metres over well scraped rocks, we soon reached the even windier viewpoint of Red Screes.  We agreed that it would have been more sensible to admire the fine view on a day when it extended further than twenty metres. 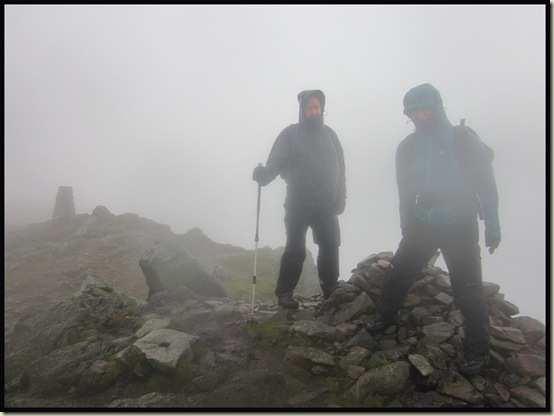 Thereafter, the camera had had enough, and the pictures from the remaining summits of Little Hart Crag and High Hartsop Dodd are not dissimilar to the above two pictures, apart from blurring like that in the picture below, taken on the descent when we had regained the view.  Sorry, but I don’t have an underwater camera housing. 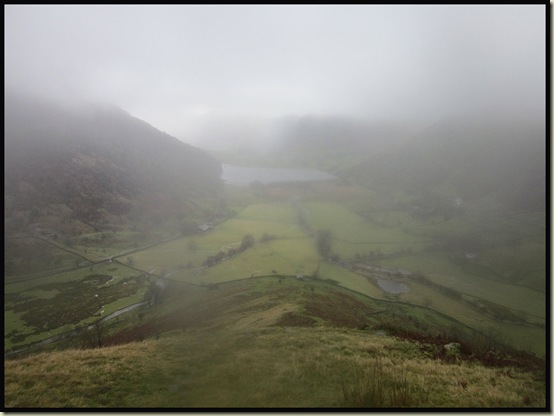 Curiously, between Red Screes and Little Hart Crag we met a smattering of folk who like us had chosen these easy hills for a walk today, rather than going high.  They didn’t say much through their Gore-Tex barriers, but we did get a nod from a lad in shorts and running shoes.  Strange, isn’t it, how such people frequently seem to emerge from the mist on such days; perhaps they are just apparitions? 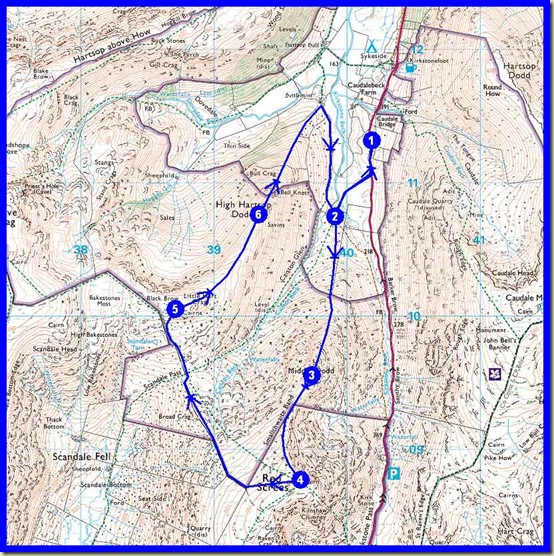 That was quite enough time to spend ‘on the hill’ today, and we adjourned happily for tea and a chat with Mike and Marian in Patterdale.  They are TGO Challengers, and confirmed the good news that both they and I had got places on next year’s oversubscribed event.  Great news, but sadly Sue won’t be with me as she is still unable to bear the weight of a loaded rucksack.

A lovely day out despite a bit of drizzle.

A blotting paper day indeed but well done all the same.
A bit different to Wednesday.

Good fun and I bet you felt good afterwards.

Great fun, and we did feel good, especially given Mike and Marian's hearty welcome.