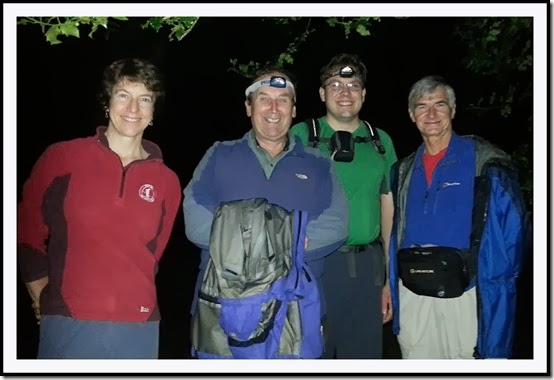 Last night we managed a brief outing, starting at the Drum and Monkey in Alderley Edge.  Sue and I were joined by some usual suspects for a very leisurely amble up the Edge and along towards The Wizard, before crossing the B5087 and failing to find the mine entrance near the site of Hagg Cottages.  We couldn’t have gone into the mine, but a visit is planned for the future.

An archaeological dig was carried out on these cottages in 2003.  They were occupied until after the Second World War, and were only demolished in the mid-1950s.  In fact, some of the former residents were frequent visitors to the dig, re-living their childhood memories.  There’s not much chance of anything being rebuilt hereabouts, as there is contamination from sulphuric acid used in the extraction of copper.  The whole area is riddled with mines.  Is it just a matter of time before a nearby footballer’s mansion subsides into one of them? 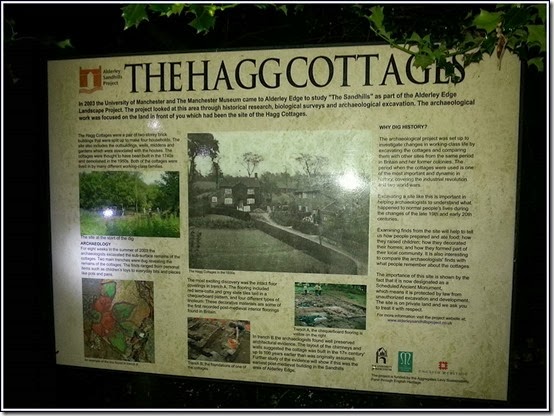 Having managed to avoid most of the mud on the descent to the cottages, we followed the easy path to the north of the barking dogs of White Barn Farm, before turning right to head along the narrow field path to the B5087. The slippery cobbles of Squirrel’s Jump provided a challenging route for those who wanted to stay upright and unbruised before returning to the Drum and Monkey for a welcome pint of Unicorn.

5 km in rather less than an hour and a half.  Thanks for joining us, folks. 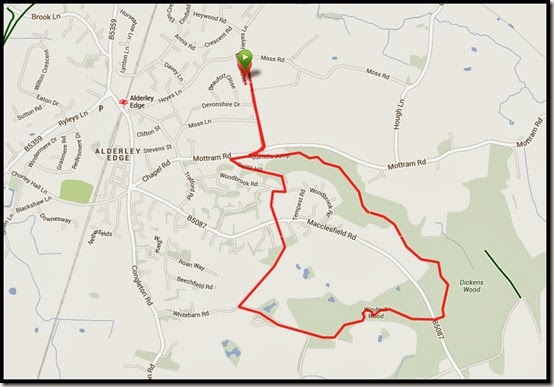 Here’s Alistair’s take on the evening. (Click on this text.)

It was a most enjoyable evening walk thanks :-)